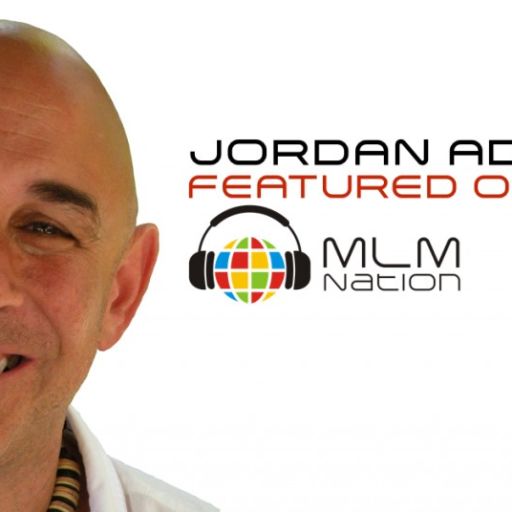 Jordan Adler is one of the top income earners in Network Marketing, in the world.  This is a great interview for anyone who wants to gain a better understanding of what it takes to be successful in this business. Jordan’s story is incredible.  At 34, he was living in an enclosed garage. His rent was $200 a month and he had two roommates. He carried $36,000 in credit card debt on 22 credit cards, and his job paid him $14K per year. Over the past 27 years, he's become one of the top network marketers in the world, earning an excess of over $23 million. Jordan wrote the worldwide bestselling book, “Beach Money”, and 100% of his book sales profits go to charity.  His book has been out for 10 years and still sells thousands of copies each year. He just launched a second book, “Better than Beach Money” in 2019. And he just launched a new publishing company, “Beach Money Publications”.  Jordan splits his time between two mountain homes and a condo on the Vegas strip and of course, the beach. Four years ago, he decided to get his helicopter pilot's license for fun, and recently purchased his own helicopter. He's also scheduled to become the first network marketer to travel to space as part of Richard Branson's Virgin Galactic civilian space program.  Jordan believes in big dreams and says working hard and never quitting is the secret to his success. Laura and Janine talk with Jordan about many of the aspects of the Network Marketing that contribute to some of the main misconceptions.  He talks about how many people get into Network Marketing, and get back out without ever doing anything with it.  He equates this to the fact that the nature of people in general is that they don’t stick to things they start.   He uses the analogy of a gym and how many people join, but then six months later, have quit going.  Much like folks who get their real estate license…out of 100 agent’s, about a third usually quit immediately…never selling a single home, a third of them will sell one home a year, maybe two, a third of them will do a little more than that.  But, one or two out of 100 or two, will do something significantly.  It’s the same with Network Marketing….because it’s just the nature of people. Jordan shares a lot of insights he’s learned from being in the business, and how he applies the statistics he’s captured, based on human nature,  to this business.  Jordan has discovered that it typically takes three to five touch points before somebody will make a decision to say yes, which is why following up is so important in Network Marketing.  He teaches people lots of different “touch points” to stay connected, because he knows that the people who do that are the ones that are most successful!