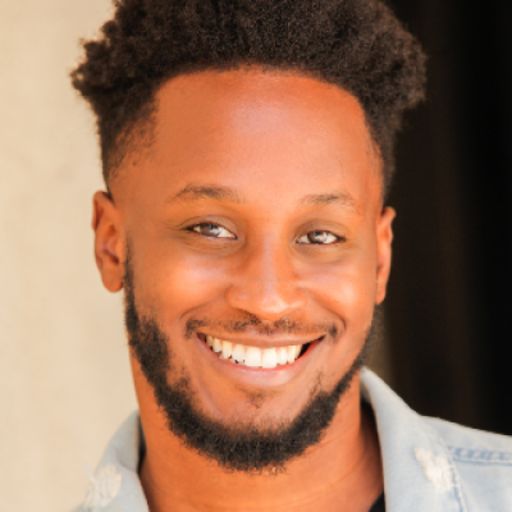 Jacquis Neal (Culture Kings) joins Nick and Heather to talk about Metal Gear Solid 2: Sons of Liberty for the third week of Hideo Kojember! They talk about how the game has maintained cultural relevance for 20 years, the bait and switch of Raiden over Snake and more!

Hamilton Was Paid For By The CIA with Jacquis Neal

Nobody tell Lin-Manuel that we know!! This week our guest is the truly hilarious Jacquis Neal, and he's bringing a theory to the table that will shock you to your core. Because thing is, how does a musical about a bastard/orphan/ son of a whore and a Scotsman that no one's ever heard of go on to make a BILLION DOLLARS. Doesn't that seem weird to you? And how the show is obsessed with New York and banks and stuff? Doesn't that feel off??? Plus, how about the fact that Jacquis has first hand knowledge about the theatrical world and he says there's something fishy about the whole thing! The evidence is all here that the US government had a sneaky little hand in producing Hamilton and making sure it was a success, so you better not throw away your shot... to listen to this ep. Ugh sorry.

Today's episode features the very funny co-host of Culture Kings, Jacquis Neal! This convo was sooo much fun - we talked about the NBA bubble, collecting shoes, being alone during quarantine, Chicago, and more. We followed it up with an episode of the Todd Pod aka Toddcast, and Todd's guest is his beloved dentist. It gets weird fast. :) Follow Jacquis on Twitter and Instagram!

Edgar Momplaisir (@awfulgram) and Jacquis Neal (@jacquisneal) of Culture Kings join the SAP crew to discuss their infamous goat Would You Rather question, whether or not Eternal Sunshine of the Spotless Mind is a romantic comedy, Kanye West’s mental health battle, and the weight of representing an entire marginalized group. Follow The SAP Crew on instagram! @spanishaquipresents @raizalicea @ofcourseitscarlos @ozzymo @thetonyrodrig

The Kings of Culture, Edgar Momplaisir and Jacquis Neal, are here to talk about the NBA bubble and a few other hot culture topics.Check out gabrus' other podcast Action BoyzAdvertise on High &amp; Mighty via Gumball.fm

Jacquis Neal Has a Surprising Voice

Kevin sits down with Culture Kings co-host Jacquis Neal to talk about code switching, the comfort of Chicago, and difference between responsibility and obligation to speak.

Jacquis Neal (Culture Kings Podcast! @jacquisneal!) joins Kevin and Caroline to mediate conflict, catch up on quarantine marital conflict, and play a brand new game called Oh...MY God in which the panel decides which secular songs are actually secretly about our Lord Jesus Christ!PATREON!Subscribe to our Patreon to get a weekly 2nd Service episode and become a "Patreon saint" ;)GCF - Second Service Patreon!CHARITY:This month we're matching iTunes reviews with donations to our local food banks. They need us right now so please give! Leave us a review on Apple Podcasts and we’ll match it with $1. 3000 reviews = $3000 donated!

Why Won't You Date Me? with Nicole Byer

"We're all just on Zoom trying to date people?"Jacquis Neal (host of Culture Kings) joins us remotely while in quarantine to discuss what it's like being cooped up with your S/O in isolation, how people are dating during the COVID-19 pandemic, and if you can stay friends with an ex. Plus, he shares the cute story behind his Disney World proposal. Meanwhile, Nicole has started taking therapy sessions from a Costco parking lot.Pre-order Nicole's new book: www.indiebound.org/book/9781524850746For more Nicole Byer, check out her new podcast - Newcomers! Her and Lauren Lapkus are watching and reviewing Star Wars films for the very first time. Subscribe today so you don't miss an episode.Rate Why Won't You Date Me 5-stars on Apple Podcasts and leave a dirty comment for a chance to have it read on-air.Follow Nicole Byer:Tour Dates: nicolebyerwastaken.com/tourdatesTwitter: @nicolebyerInstagram: @nicolebyerFacebook: www.facebook.com/nicolebyercomedyBuy Merch: https://www.teepublic.com/stores/nicole-byer?ref_id=964See omnystudio.com/listener for privacy information.