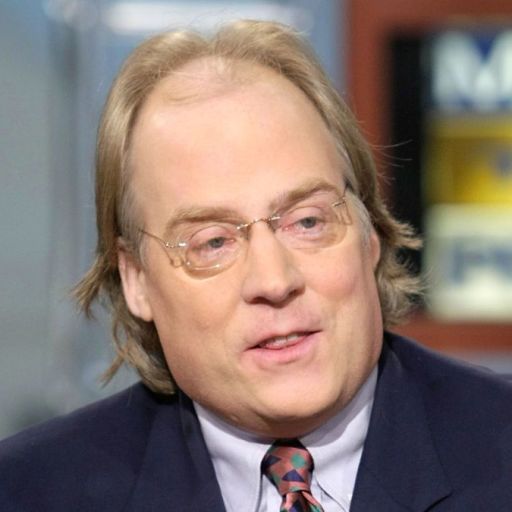 Author, Magician, Actor, TV Producer and creator of beloved childrens TV shows Bosco, Forty Coats and Wanderly Wagon Joe O'Donnell looks back on his rich and varied career and reads from some of his essays.

In this episode, Peter was joined by a  young physiotherapist who has experience far beyond his years. Mike Murphy is owner and founder of RAPID in Dublin, Ireland. The Rehab and Performance Initiative may be in its infancy but it has already treated many clients and received incredible reviews over the past few months. Mike has a vast experience as a physiotherapist having qualified with an MSc in Sports Medicine from world renowned Trinity College Dublin. Mike has also trained in a clinic setting in the world leading facility at Sports Surgery Clinic in Santry, Dublin. Mike then took his travels to the United States where he worked in a chiropractor clinic and specialising his work with injured golfers while there. Now -  Mike has come back to Ireland and has set up a state of the art service. Mike treats all types of clients from the elite athlete to the normal everyday person. His system is so simple and really leaves you understanding your injury better, understanding how your body works and more importantly – a very simple plan that will rectify your problem. Peter and Mike talk all things S&amp;C and physio related but also dive into some career and business advice for those trying to get their small business off the ground. If you are an aspiring PT, Coach or physio there is lots of great nuggets of information for you to take from this one. Mike also takes us through his TPI Golf experience and how he can help you add so much sought after extra club speed for the next time you hit the golf course. Finally, I could not recommend Mike as a physio enough. He really is top class and we have no doubt that his new company will be a country leading facility in the years to come. To get in touch for more information, please see Mike’s social media accounts below: Email: info@rapid.ie Website: https://www.rapid.ie/ Instagram: https://www.instagram.com/rapid.ie/ Thanks for listening and enjoy the show, Peter &amp; Abby

Mike and Mike update the membership on the recent shift reduction announcement.Please visit  https:Unifor88.ca  for more info.Support the show (http://unifor88.ca)

Mike Murphy on Trump vs. Biden: Two Weeks to Go!

Where do things stand in the presidential race with two weeks to go until Election Day? Why have the polling averages been so stable even as events have been tumultuous? To discuss, we’re delighted to welcome back veteran Republican operative and frequent guest, Mike Murphy who has been sharing his wisdom, insight, and humor with us throughout the whole campaign. Murphy analyzes the dynamics of the race, why today it looks so favorable to Biden, and what might happen on Election Day and after. Kristol and Biden also discuss possible paths forward for the Republican Party if President Trump loses the election.

Mike Murphy on Trump vs. Biden: The Home Stretch

Where do things stand in the presidential race after the first debate? What should we look for in the final five weeks before Election Day? To discuss, we’re delighted to welcome back veteran Republican operative and frequent guest Mike Murphy. After assessing the debate performances, Murphy explains why he thinks Biden now possesses a substantial lead and Trump faces an uphill battle. Reflecting on the past 30 days, and past presidential races, Murphy considers the importance of the month of September for the campaigns—and also shares what he’s learned in recent weeks from polls and focus groups of undecided voters in Florida. As usual, Murphy brings his unique blend of humor and insight to the analysis!

Join Kap and Coach Murphy for a conversation centered around Coaching and Parenting!

Mike Murphy on Trump vs. Biden: The State of the Race

Where do things stand in the race between Donald Trump and Joe Biden as we head into the final two months of the campaign? What strategies are the candidates pursuing? What pitfalls do they have to watch out for? What expected or unforeseen events might shape the race? Joining us this week is veteran Republican operative and frequent guest Mike Murphy. Kristol and Murphy consider possible paths forward for the election and particularly how undecided voters, in swing states like Florida, might play a decisive role in the outcome of the race.

Mike Murphy 2000 Tells His Story As You Never Heard It Before.

I made the original radio show programme version of this show for my series The Joe Jackson Tapes Revisited. It was meant to be broadcast by RTE Radio 1, in Ireland, at Christmas 2018. However, they pulled the show. Now it is a podcast in my series, The Joe Jackson Interviews. Mike was my mentor in broadcasting, we worked together for ten years, I regard him to be a friend and so I felt free to ask the man the kind of questions that other interviewers might shy away from. And Mike had no problem with that. Here he discusses, in a frank and fearless fashion, subjects such as Eamon Dunphy, RTE, The Irish Times,  and more personal matters such as his childhood, and marriage break-up. It really is Mike as you never heard him before and you won't until I upload the second interview we did, as a companion piece to this, thirteen years later in 2013.

Mike Murphy: Never Trump? The Future of the Republican Party and Election 2020

Mike Murphy is a legendary political consultant and one of the Republican Party's most successful ever campaigners. Mike has handled media and strategy for more than 26 successful Republican campaigns including Jeb Bush, Mitt Romney and Arnold Schwarzenegger as well as leading John McCain's historic presidential race in 2000. Mike has advised political leaders all over the world.Mike is a prominent media personality, Hollywood writer and co-host of the hugely popular podcast, Hacks on Tap. As a leading 'Never Trumper', Mike heads up the 'Republican Voters Against Trump' (www.rvat.org) movement.Misha Zelinsky caught up with Mike for a chinwag about why he's been against Trump since the 1990s, the Republican Voters Against Trump movement, President Trump's first term in office, why Trump loves dictators so much, why trust has eroded so badly in politics, the future of the Republican Party, who Biden should pick as his VP candidate and what should keep Democratic strategists awake at night. It's a big chat and we hope you enjoy it! Please rate and review the episode, it really helps.