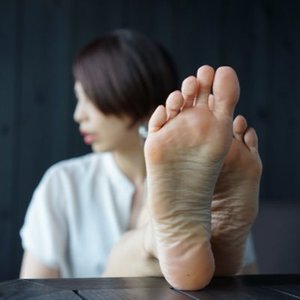 This week, Jamie, Caitlin, and special guest Siouxsie Q head to a New York strip club to chat about Hustlers!(This episode contains spoilers)For Bechdel bonuses, sign up for our Patreon at patreon.com/bechdelcast.Follow @SiouxsieQMedia on Twitter. While you're there, you should also follow @BechdelCast, @caitlindurante and @jamieloftusHELPHere's the article the film is based on, "The Hustlers at Scores" by Jessica Pressler: https://www.thecut.com/2015/12/hustlers-the-real-story-behind-the-movie.htmlHere is the oral history about the movie, “The Hustle Behind Hustlers” by Rachel Handler: https://www.vulture.com/2019/09/hustlers-oral-history.htmlHere are the various resources provide by-- and ways to support-- our amazing guest Siouxsie Q:http://thewhorecast.comillreputepodcast.com www.youramericansweetheart.com www.ilovesqmedia.com@SiouxsieQMedia on Twitter and Instagramhttp://youramericanbabe.comFolks can stay in touch and hear about Siouxsie's latest adventures by shooting her a text at 415-548-9185 Learn more about your ad-choices at https://www.iheartpodcastnetwork.comSee omnystudio.com/listener for privacy information. 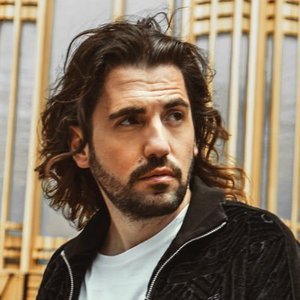 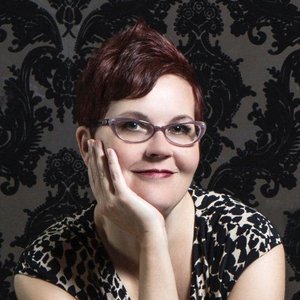 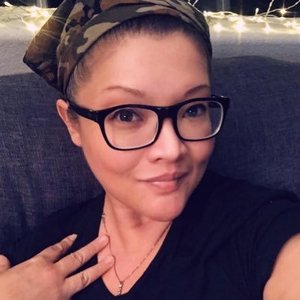 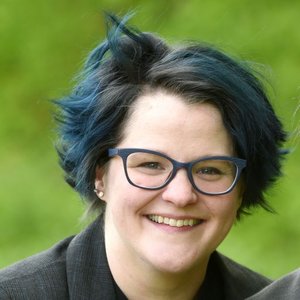 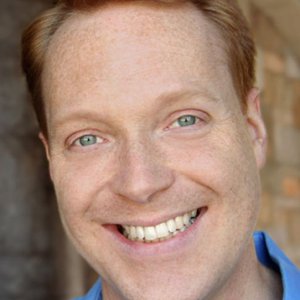 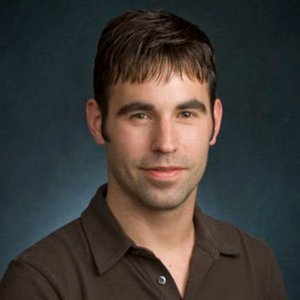 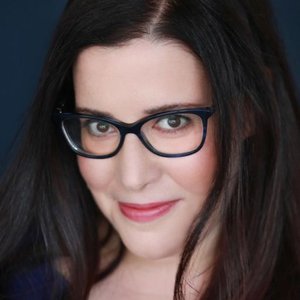 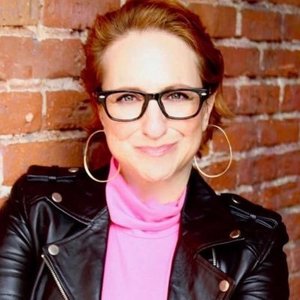 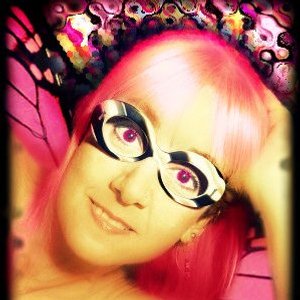 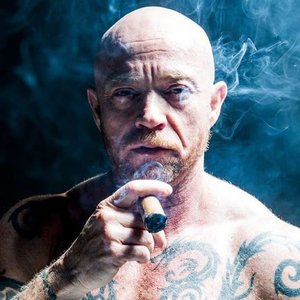 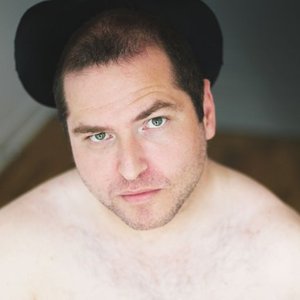 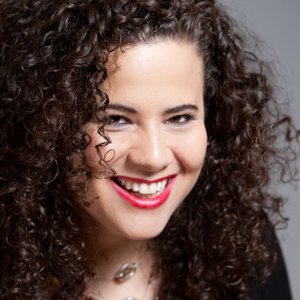 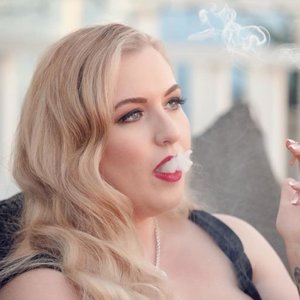 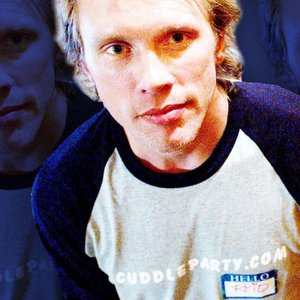 Change The Narrative with JD Fuller

Internationally acclaimed writer, performer, content creator, media strategist, podcaster, singer/songwriter and columnist Siouxsie Q joins us to talk about intersectionality of politics and activism within the adult film industry.  As a content creator and writer Siouxsie uses her platform to bring awareness and create action focused on feminism and sex worker rights.What You Will Hear:Who is Siouxsie Q?The intersection between politics, adult film and activism.Political aspects of being a porn star.Prop 60.Sex worker rights.  Criminalization of survival.Combating brown and black bodies being feticized while being minimized by racism.Mental and emotional health in the adult entertainment industry.Polyamory.Behaving truthfully under imaginary circumstances.Whore Next Door column.Prop 35.Content production.Dismantling white supremacyQuotes:“We have to remove the excuses that police have to harass and profile and harm our communities.”“Elected representatives are largely uninformed about the realities of the work that so many people are doing now more than ever.”“It’s a habit to find the truth in any situation.”Mentioned:IG and TikTok @youramericansweetheartTwitter @youamericanswYour American SweetheartThewhorecast.comThedaddyissue.comFree Speech CoalitionTruth Justice and the American WhoreThe Whore Next DoorModelcentroPeghim.comGirlbullies.comFancentroOnlyfans

Taking The World By Stormy

In this episode, Stormy talks about her new YouTube series "Spooky Babes", where she travels the world ghost hunting with Siouxsie Q, Michael Vegas and Boneghazi. You can follow Spooky Babes on Instagram at @spookybabesshow.Support the show: https://www.instagram.com/ttwbystormySee omnystudio.com/policies/listener for privacy information.

Taking The World By Stormy

Ladies and Dovermen on today's episode the incomparable Siouxsie Q comes back to the studio to offer valuable information about the current fight SW face within the S^sta/ F0sta internet policies. She gives great insight into the primaries coming up in November. Siouxsie has been a busy bad girl, and we talk about her current journey in life along with having just shot her first feature with Lust Cinemas and perform with the magnificent Jiz Lee.

Comedian and amateur historian Sovereign Syre teams up with activist and journalist Siouxsie Q. James, to chronicle the lives of women of ill repute throughout history.

Heauxs in Real Time: Catching up with Siouxsie Q and Sovereign Syre

Me and Siouxsie Q catch up on life and plot out the episodes for Season Three of ILL REPUTE! focusing on the women of Trump.

Why Are People Into That?!

“As someone who has done sex work activism full time for years, I’ve found that in order to not burn out in this fight, I have to be having gross pervy sex, just living the ho life. Otherwise WTF are we fighting for?” // Recorded live at the Pleasure Chest in West Hollywood Los Angeles May 2018, this panel features Siouxsie Q and Carly D. Three drama queen sex educators in WeHo discuss the politics of sexual freedom and then exercise it to the extreme! // Discover how to be a high status princess, how to follow the narrative arc of gaping, why the office of POTUS is the ultimate in power bottoming, what Siouxsie and Tina would do if they were stuck in an elevator and both had to pee, how turning housework into a sex game makes invisible labor visible, how to be a valeDICKtorian, and why people are into pigs, tunnel plugs, double penetration, ass to mouth, giant novelty cocks, and more! Also a very special guest appearance by Damien Bathory explaining the appeal of scat. // Writer, advocate, and performer Siouxsie Q has been an outspoken leader in the sex worker rights movement since 2012 when she launched her popular podcast, The WhoreCast, garnering national attention. Her first book, Truth Justice, and the American Whore was released in May of 2016, and her writing and perspectives have been featured in Wired, Alternet, CNN, Rolling Stone, National Public Radio and many more. Her sex column, The Whore Next Door, ran in the SF Weekly from 2014 until last year when she relocated to Los Angeles, to lead adult film performers in a historic win against the noxious California Proposition 60. She currently serves on the Board of Directors of the Adult Performer Advocacy Committee and continues write, perform, and fight for sex workers rights at the local, state, and national levels. // Carly D. Weckstein is a sex educator and theatre director who works as the Junior Buyer at The Pleasure Chest stores. Raised by two Bay-Area gynecologists, she has a passion for empowering people through knowledge of their own bodies. In our culture of so many damaging and contradicting messages around sexuality, she believes that deep healing and joy can be found through re-claiming sex on your own terms. Carly loves teaching about communication, consent, orgasm, kink/BDSM and roleplay. When she's not talking to people about sex, she's busy running a feminist theatre ensemble in Los Angeles. Support this show http://supporter.acast.com/yapit. Support this show http://supporter.acast.com/yapit. Hosted on Acast. See acast.com/privacy for more information.