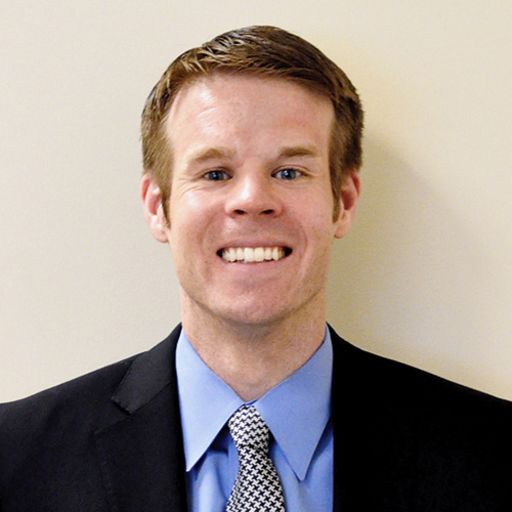 Matt Griffin has spent the last few weeks of the Australian summer playing down at the picturesque Mornington Peninsula. Given the impacts on the Tour last year, will he find a way back to Japan this year or is he still going to be playing out of Australia?

Mark and Me Podcast

Matt Griffin.  On this episode we are joined by Matt Griffin. Matt Griffin is an award-winning illustrator, author and animator from Kells, Co.Meath, Ireland.With clients including Disney, Warner Bros, Lucasfilm, Universal, Folio Society, Penguin &amp; Harper Collins, he has garnered an international reputation for distinctive and innovative graphic art.  Please support the Mark and Me Podcast here https://www.patreon.com/Markandme 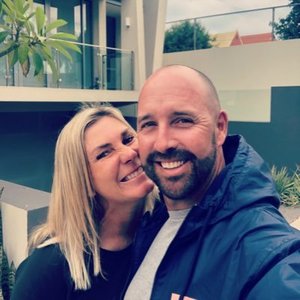 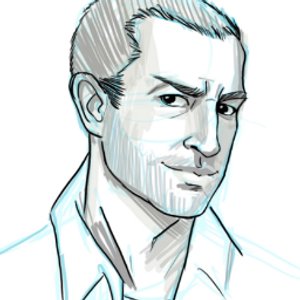 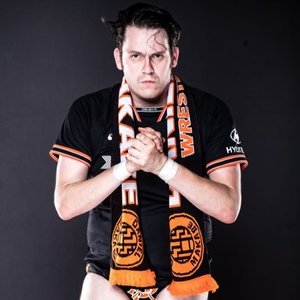 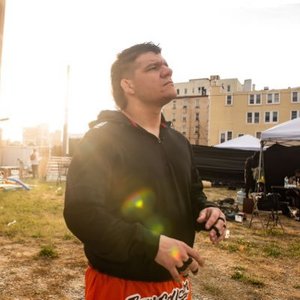 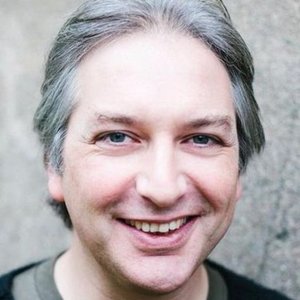 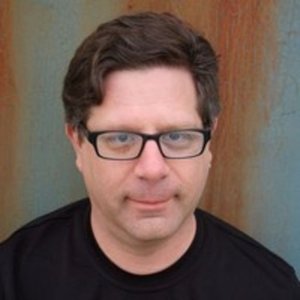 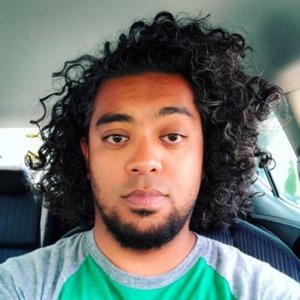 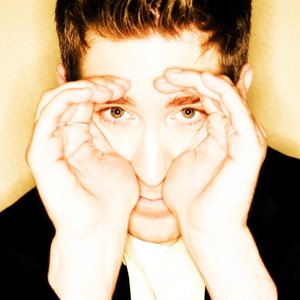 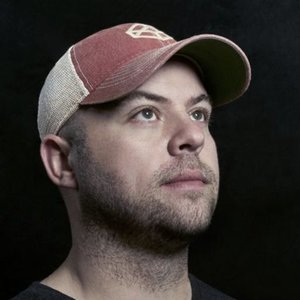 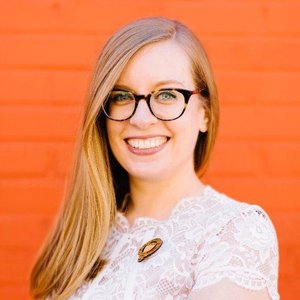 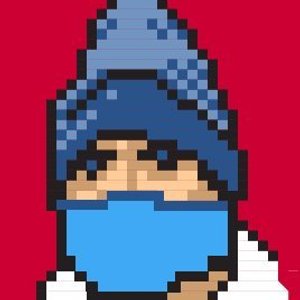 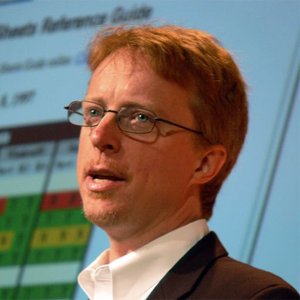 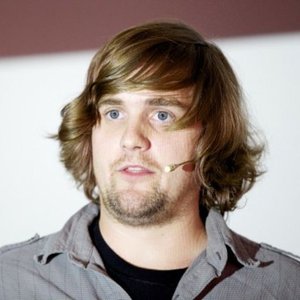 Action Wrestling Promoter Matt Griffin sits down with Chad and Zac to discuss the insane double header on Feb 12 on IWTV! Listen to them discuss Anthony Henry's final indie match against Nolan Edward, (sponsored by the Wrestling Nerds Radio Network) as well as comic book movies not taking themselves seriously enough, tough lessons for young wrestlers, when you should quit wrestling, AND SOMEONE GOES INTO A WAFFLE HOUSE TRANCE.--- This episode is sponsored by · Anchor: The easiest way to make a podcast. https://anchor.fm/appSupport this podcast: https://anchor.fm/wrestling-nerds-radio-net/support

First-time visitors to the annual commemoration at the Dade Battlefield in Bushnell, Florida, are sometimes startled to see -- amidst the melee -- a Black Seminole racing his war horse up and down the field of action. Likewise, groups escorted along the Dade Park memorial trail discover this same Black Seminole emerge from a concealed strategic position to converse with them. The young man portraying the Black Seminole warrior is Matt Griffin. He is a native Floridian who traces his heritage back to the times of forced Indian removal during the Second Seminole War. He joins us to discuss what the alliance between Seminole and Black Seminole in that war signifies to him; what part Black Seminoles played in the Dade battle itself; what portraying a Black Seminole Reenactor for two decades has taught him about the war; and why we should know and still care about that conflict from nearly two centuries ago. Peace in our Time? Black Seminole Matt Griffin casts a skeptical eye as a Seminole Swamp Owl shakes the hand of Maj. Gen. Thomas Jessup (Steven Rinck) at Fort Dade Capitulation Historical Reenactment Ceremony at the Pioneer Museum Dec. 19, 2020. Photo by Andrew Foster Host Patrick Swan is a board member with the Seminole Wars Foundation. He is a combat veteran and of the U.S. Army, serving in Iraq, Afghanistan, Kuwait, and Kosovo, and at the Pentagon after 9/11. A military historian, he holds masters degrees in Public History, Communication, and Homeland Security, and is a graduate of the US Army War College with an advanced degree in strategic studies. This podcast is recorded at the homestead of the Seminole Wars Foundation in Bushnell, Florida.  Like us on Facebook, LinkedIn, and YouTube. Get the latest episode without delay where and when you want it by subscribing through your favorite podcast provider, such as iHeart, Stitcher, Spotify, DoubleTwist, Pandora, Podbean, Google podcasts, iTunes or directly from the Seminole Wars Foundation website at www.seminolewars.us

Matt Griffin will this morning tee off in the Players Series Victoria tournament hosted by Geoff Ogilvy in Rosebud. In a world-first tournament concept, men and women will compete in the same field for the same purse using scaled tees.

This format ist part of the Instagram blog Drop, you can find us under @dropmagofficial. We do reviews, news, and interviews that all have to do with the film business. Today I have finally the chance to talk to man of many faces which all look very handsome! He knows his art and he can do accents and has the best swear words in the business. @artofmattgriffin everybody! So stay tuned and head over to our Instagram profile @dropmagofficial to follow along with the art we are talking about or check us out on YouTube for the video version. __________________________ #speedround @lukegriffin72 #swearwords @netflixde #endling #book #scifi #dune @mattfergusonartist #silentrunning @vicepressnews @raid71 #alien @posterposse @bottleneckgallery #collegedropout #artcollege #musicjournalism #alicecooper #iso @grzegorz_domaradzki #collection #lotr @peter_diamond_art #artof @killingeng #flatfile @uniquely_geekly #arttrading #cryptoart #hardware @doaly #office #illustration #process #sketches #ignatius @ignatiusfitzpatrick #francisbacon #terminator @kolefacekilla #covers @arrowvideo #community #livedrawing #shoutouts ___________________________ #podcast #poster #art #design Send in a voice message: https://anchor.fm/dropmag/message

With only five days left until the NFL's wildcard weekend, I spend the first twenty minutes of the episode predicting each game of this year's post season. After my predictions, Coach Matt Griffin and I talk about what makes being a high school basketball coach so great, what it was like playing in March Madness, and more in a thirty minute long interview live from Roman Catholic High School! Check out clips from this episode and others on @priceisrightpod on Instagram, Twitter, and TikTok!

Welcome to the Golf Days Australia Podcast proudly brought to you by Cobra Puma Golf, Dint Putters, Sessions Set and The Net Return Australia. This weeks Live Chat we caught up with Aussie pro from Victoria, Matt Griffin. Matt has amassed 7 Professional wins across 4 tours since turning pro in 2008. He has two order of merit's to his name and he has also won in a playoff against our very own resident pro, Terry Pilkadaris. He has competed in the Open at Royal Birkdale, Scotland. His win's include the 2014 VIC Open, the 2014 KPGA Championship and the 2016 New Zealand Open, just to name a few. So sit back, relax, Enjoy Golf and this weeks instalment of the GDA Live Chats.

6: Yooka-Laylee and the Impossible Lair with Dan Murdoch and Matt Griffin

An Evening at the Roost