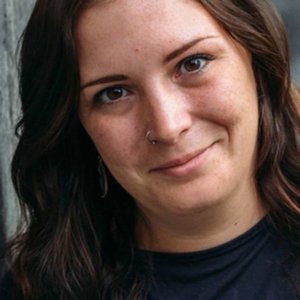 Well worth the wait!  Desley Casey, Reality Bytes Podcast host continues the discussion with Amanda Smith from Say No 7 Resources and No Cashless Debit Card Australia.   Amanda is a DSP recipient and mum of a disabled child living in Victoria; she is the policy and legislation analyst for the NCDCA and founder of the Say No Seven community. Amanda has spoken in senate, and has been producing videos and anti-propaganda articles and CDC  information threads for the last six years. Parts A and B of Amanda's interview dealt with the Impacts of the Cashless Debit Card on card holders, businesses and Australian society; human rights and more. So Join Amanda and Desley as the discussion continues on: The Australian government Further discussion on the Cashless Debit Card legislation How people can advocate for themselves and also to stop the card And, so much more. A quick update:  Since the time of this interview being undertaken 3 women have now successfully been taken off the cashless debit card primarily due to the advocacy efforts of Amanda, Kathryn and the No Cashless Debit Card community. Congratulations to Mahialia, Alicia and Bianca.  Congratulations to the No Cashless Debit Card community and Say No 7 resources who raised the absolute distress Services Australia and Indue Ltd were putting these women through.  If you wanted to know whether Amanda and all are making a difference then look no further.   PS:  Approximately 1 hour 8 minutes in length. To access the resources go to: https://www.facebook.com/groups/SN7Resources https://www.facebook.com/notowelfarecard --- Send in a voice message: https://anchor.fm/desley-casey/message

Badass is the New Black

Are you working a full-time job? Do you like what you're doing? Do you have a hobby that you enjoy? Do you want to transition that into your livelihood? Then you've come to the right place! Learn how to scale to six figures while still working in your 9 to 5 day job with Amanda Smith, the founder of the Dallas Girl Gang. Before she founded the company, she was working as an elementary school teacher—going into work at seven and leaving at four, almost a full day of work. How did Amanda run her own business while doing this? Join your host, Krissy Chin, to find out how because maybe you can do it too. 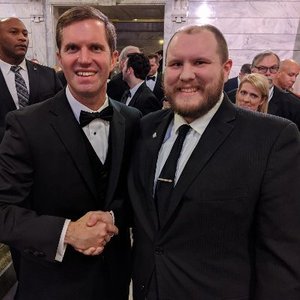 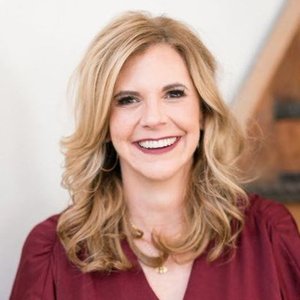 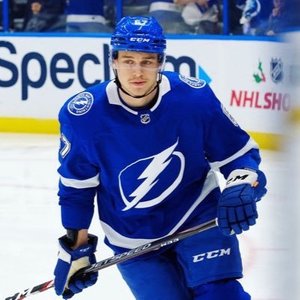 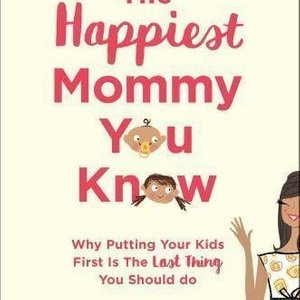 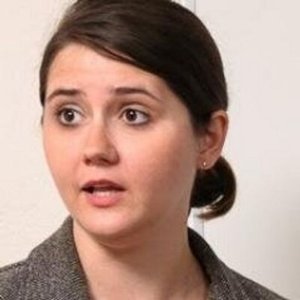 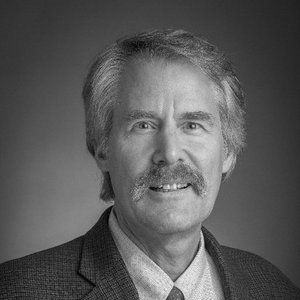 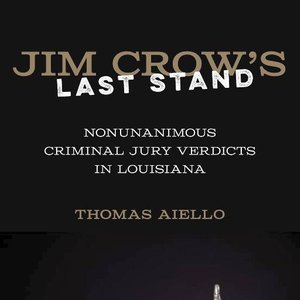 Interview with Amanda Smith - Part B

Desley Casey, Reality Bytes podcast host continues the interview discussion with Amanda Smith, Say No 7 and No Cashless Debit Card Australia on the Australian Cashless Debit Card Legislation. Amanda is a DSP recipient and mum of a disabled child living in Victoria; she is the policy and legislation analyst for the NCDCA and founder of the Say No Seven community. Amanda has spoken in senate, and has been producing videos and anti-propaganda articles and CDC  information threads for the last six years. Join Amanda and Desley as they discuss in Part B of this 3 part series: Government Data Aged Pensions Indue Ltd Human Rights Independent Evaluations And, so much more https://www.facebook.com/groups/SN7Resources https://www.facebook.com/notowelfarecard Listen time:  Approximately 1 hour 9 minutes --- Send in a voice message: https://anchor.fm/desley-casey/message

#164 - Amanda Smith, M.D.: Diagnosing, preventing, and treating Alzheimer’s disease, and what we can all learn from patients with dementia

Amanda Grant Smith is a geriatric psychiatrist with decades of experience treating patients with dementia and Alzheimer's disease. In this episode, Amanda shares how she developed a passion for geriatric psychiatry as a means to support dementia patients. She explains how to recognize, define, and diagnose dementia—a process that still remains somewhat elusive. They also talk about the significance of ApoE genotype and compare the various forms of dementia including differentiating between Alzheimer’s disease and Lewy body dementia. They discuss the current landscape of clinical trials, the drug pipeline, and talk about a very promising monoclonal antibody directed at amyloid beta that has the potential to be a disease-modifying drug. They conclude with a discussion about how to define “healthy aging” and reflect on how understanding dementia can shape one’s life philosophy. We discuss: How Amanda developed a passion for geriatric psychiatry [3:15]; Defining and diagnosing dementia and Alzheimer’s disease [13:30]; Medical tests for dementia and their relationship to clinical symptoms [22:45]; The pathology of dementia, and the role of the tau and beta-amyloid protein in Alzheimer’s disease [33:15]; The significance of ApoE genotype, and differentiating Alzheimer’s disease from Lewy body dementia [43:15]; The evolution of Alzheimer’s disease prevention, care, and medications over the last 20 years [52:45]; Psychiatric support for dementia patients (and caregivers) with depression and anxiety [1:02:45]; Drug pipeline, clinical trials, and major challenges to overcome [1:13:45]; Redefining Alzheimer’s disease and designing effective trials [1:23:00]; The promise of monoclonal antibody treatments for Alzheimer’s disease [1:34:15]; How we should measure outcomes in dementia trials and define “healthy aging” [1:42:30]; How understanding dementia can reshape our life philosophy [1:53:45]; and More. Learn more: https://peterattiamd.com/ Show notes page for this episode: https://peterattiamd.com/AmandaSmith Subscribe to receive exclusive subscriber-only content: https://peterattiamd.com/subscribe/ Sign up to receive Peter's email newsletter: https://peterattiamd.com/newsletter/ Connect with Peter on Facebook | Twitter | Instagram.

Amanda Smith is a Vancouver based comedian and production assistant who was recently paralyzed on a film set. In this episode we talk about the experience of getting paralyzed and strategies to cope with this drastically life changing event. We also roast each other from our respective wheelchairs. Cripple Vs Cripple. This episode has it all!!See acast.com/privacy for privacy and opt-out information.

HER with Holli Wright

Guest speaker from Dallas, Texas shares her experiences when it comes to setting boundaries after being fooled by a close friend. And how to set healthy boundaries while building a business.

Ep. 209: How this former educator left her secure career to become a remote CEO with Amanda Smith

In this week’s episode, I speak with Amanda who is an expert in connecting, marketing, pitching business, and cultivating community.  After a huge life shift in 2017 and a move to Dallas, Amanda was seeking a community for women that was inclusive and offered resources for career, life, and business- and came up empty. So, she created one herself and called it “Dallas Girl Gang.”  Today, DGG has an audience of over 45,000 women across the country.  Listen on to find out how Amanda brings women together into a meaningful community and lifting one another up. --------------- Hey Offbeat Family, I really appreciate you listening to this episode. I would love to hear more from you and what you think of the podcast. Contact me: hello@theoffbeatlife.com Show credits: Audio Engineer: Ben Smith - Ben@howtocreateapodcast.com

Amanda Smith is the Founder &amp; CEO of Dallas Girl Gang, a global community fostering experiences &amp; networking for women in business, career, &amp; life. She is also a dedicated business coach &amp; host of The Girl Gang Podcast.On this episode of The HiredUp Podcast, Amanda chats with HiredUp Social Director Brieonna Wall about how she turned a Facebook group, started through her own search of an empowering community, into a full-time career. Amanda also talks about the skills she learned as a teacher and how she transitioned into her entrepreneurship journey full-time, why authenticity always wins, why product is more important than brand in the beginning, and how important mentors were to the success of her business and life. Connect with Amanda Smith Instagram Facebook LinkedIn Website Connect with Evan York Website Instagram Linkedin Twitter YouTube Check out "Sick of Suffering by Evan Michael York Connect with Joshua Maddox LinkedIn Instagram Facebook Connect with Brieonna Wall LinkedIn Instagram Facebook Connect with HiredUp Website Instagram Facebook Linkedin Twitter YouTube Subscribe to the HiredUp Podcast

Empower Your Song with Video with Amanda Smith and Colin Babcock

Falling through floors is probably not what you expect when you are on set filming. The old creepy house called out to Amanda Smith and Colin Babcock.  Amanda brought Colin into the house and he found it creepy and dilapidated. Both nodded at the notion that the house could be the set for a film. They just needed to figure out what type of film they could make. But there was a little bit of a conundrum because Colin did not have his usual filmmaking equipment.  Colin began to think he could use his iPhone camera, even though he had never done so, or needed to. But that was not the only challenge, as he and Amanda would soon come to find out.  Amanda’s younger sister, Storm Smith is a talented and, in my opinion, extraordinary musician. When Amanda asked if she and Colin could use her song to make a video, she immediately gave them permission. And now, Amanda and Colin had a story.  The words to the song are an expression that comes to real life in their music video titled after the song by Storm Smith, “Too Young.”  Performed by Amanda, their video sends a powerful message of hope. It was, ironically enough, filmed during the pandemic and performed by Amanda on camera. There is a story about the message of the video and the song, which is heartfelt. We are delighted to share a bit of the song, with permission, in the intro to our conversation with our guests in this episode.  Amanda and Colin spent a couple of days in pre-production working the schematics to shoot the video. Amanda’s father, Steve Smith, owned the house and gave his consent to film before it was renovated. Her mother, Terry Smith, helped with wardrobe and set design. Colin, prepped his iPhone XR to shoot and planned the shots, just as any cinematographer does.  In the meantime, all sorts of things began to happen which made the challenge of filming with a smartphone the least of their concerns. Once the film was “in the can” Colin edited the video and color grade it using Premier Pro. There were challenges covering electrical outlets from the scenes. Overall, the video has cinematic aesthetic value and the music is professionally produced which also elevates the overall quality of the film. In episode 96 of the SBP Podcast Mobile Filmmaking, you are going to listen to stories from both directors, Amanda and Colin. They share stories from their set experience and shooting with a smartphone. How some scenes were captured, including what to use when your protagonist is required to eat worms on camera, how to capture your actor in suspension without a green screen, and…the story about the stench in the house and what they found in the freezer.  But that is not all. Listen to their inspiring stories in our podcast. This was their first podcast guest appearance and we are stoked about that too.  You can also watch the video during the 10th anniversary edition of the International Mobile Film Festival in San Diego. The festival is online this year, due to the pandemic restrictions, April 23-25.  Follow Colin Babcock: Instagram: https://www.instagram.com/colinbabcock/  Colin Babcock on Vimeo: https://vimeo.com/colinbabcock Colin on The Quad: https://mobilefilmstories.com/community/profile/colinbabcock/ Follow Amanda Smith: Instagram: https://www.instagram.com/amandafallonsmith/ Website: https://www.amandafallonsmith.com Our Links:   Smartphone Filmmaking Publication on Medium: https://medium.com/smartphonefilmmaking Subscribe, support and listen to bonus episodes and more on Patreon: http://patreon.com/sbppodcast SBP Podcast Website: http://sbppodcast.studio Video and Film Streaming Distribution for Smartphone Films: http://mobilefilmstories.com International Mobile Film Festival Website: http://internationalmobilefilmfestival.com IMFF Topic on The Quad: https://mobilefilmstories.com/community/mfs-announcements/international-mobile-film-festival-2021/ Facebook: http://facebook.com/sbppodcast Twitter: http://twitter.com/sbppodcast Instagram: https://www.instagram.com/mobilefilmsd/ iTunes/Apple Podcasts: https://itunes.apple.com/us/podcast/sbp-podcast/id1296673665 Susy Botello on Twitter: http://twitter.com/susybotello SBP Podcast on Spotify: https://open.spotify.com/show/4ISEF0SZOLyRpw20loXzlo#upsell Podchaser: https://www.podchaser.com/podcasts/sbp-podcast-mobile-filmmaking-928180 YouTube: https://www.youtube.com/user/mobilfilmfestival?sub_confirmation=1 © Copyright 2021 S. Botello Productions™. All rights reserved.