Host Allison Sheff in conversation with The Ensemblist's Mo Brady

Anxiety and the Artist

For Mental Health Month we’ve partnered with The Ensemblist. In this week’s episode, our host Allison Sheff chats with The Ensemblist's Mo Brady about her background as a performer, her relationship with anxiety and facilitating a more supportive rehearsal process. Allison also talks about what her guests have taught her over two seasons and her own methods for mitigating anxiety.

Is Broadway really 'end game' when it comes to theatre? Mo shares his thoughts and breaks down the process of his work as a theatre advocate.Thank you for taking the time to listen to our chat with our good friend Mo!If you are listening to this on Apple Podcast, we'd love it if you could share your love in a review!About Mo Brady:Mo Brady is co-creator, podcast host and content director of The Ensemblist, the online advocate for the talent artists working in theatre ensembles. Through our podcast, website and social presence they create conversation about what it means to be a successful artist in the theatre. The Ensemblist podcast has more than 1.5 million podcast downloads and was recently named one of the Top 50 Best Selling Performing Arts Podcasts of all time.He is the Communications Projects Manager for Broadway Cares/Equity Fights AIDS, a nonprofit that unites theatre artists and theatre lovers to help those in need. As a member of their communications team, he conceptualizes, develops and creates social media campaigns to promote Broadway Flea Market, Broadway Bares, their audience appeal seasons and more.Before joining the Broadway Cares team, he was a performer working on Broadway and regionally across the country. He made his Broadway debut in The Addams Family, where he understudied the role of Lucas Bieneke (Wednesday’s boyfriend). He also recurred in the second season of the NBC television series "Smash" as Gabe, a performer in “Hit List” on their journey from off-Broadway to the Tony Awards.He lives in New Jersey with his husband and their four-year-old son.Instagram: @TheEnsemblistWebsite/Blog: www.TheEnsemblist.comFamily Account: @daddy_papa_and_me_make3Check out The Ensemblist's episode on the 2020 Tony nominations with P2S's Mary Dina!Make sure you check out The Ensemblist's latest series on The Addams Family! ---Come say hi to us!Facebook: @PageToStagePodcast @BroadwayPodcastNetworkInstagram: @PageToStagePodcast @TheMaryDina @BrianSedita @BroadwayPodcastNetworkTwitter: @TheMaryDina @BwayPodNetworkYoutube: @PageToStagePodcast @BroadwayPodcastNetwork#PageToStagePodcast Learn more about your ad choices. Visit megaphone.fm/adchoices 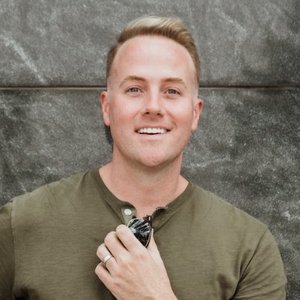 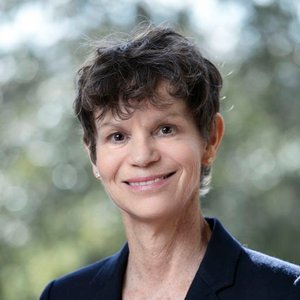 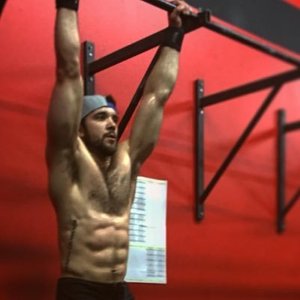 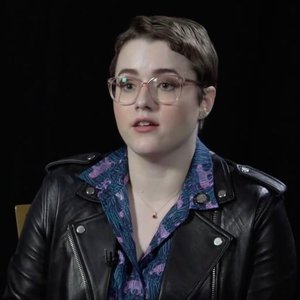 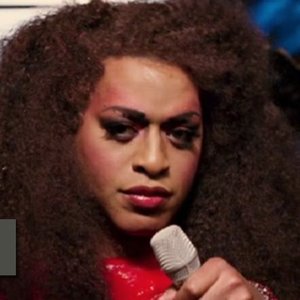 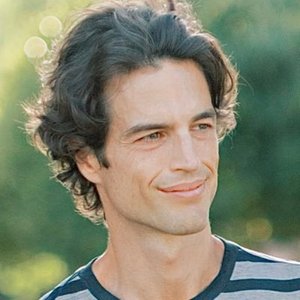 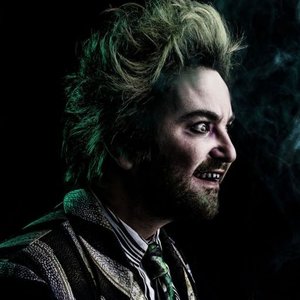 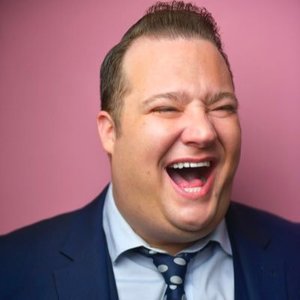 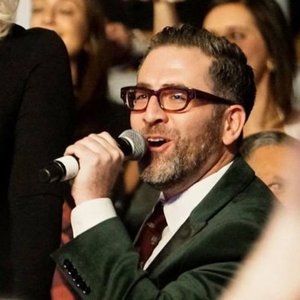 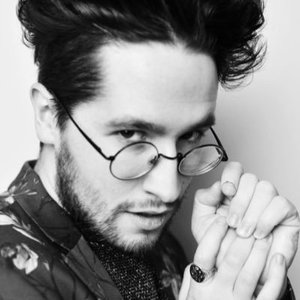 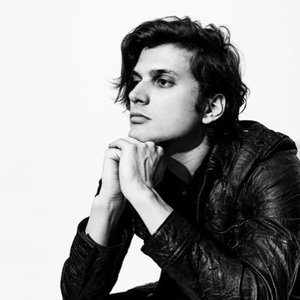 Built For The Stage Podcast

Mo Brady is a jack of all trades - a broadway actor turned social media specialist turned podcaster. After working for many years as a performer in Seattle, Washington, Mo made his Broadway debut in The Addams Family musical in 2010. He later landed work as a recurring character on the second season of the NBC TV hit show Smash. These days, Mo works as the Communications Project Manager for Broadway Cares Equity Fights AIDS, and continues to host a wildly popular podcast, which he also co-created, called The Ensemblist. Amassing a following over the years, The Ensemblist has become an “online advocate for the talented artists working in theatre ensembles.” Now boasting not only a podcast, but a website and a social presence as well, they are “creating conversations about what it means to be a successful artist in the theatre.”Mo spent a few years working as a full time performer in Seattle, including in shows at The 5th Ave Theatre. In 2010, he made the jump to New York City, and six weeks after his arrival, he had landed his first Broadway show - The Addams Family musical. After a year on Broadway, Mo shares how his offer to volunteer for Broadway Cares turned into a full time job, and how he at one time was balancing working this full time job with filming episodes of Smash in Long Island City at the same time. When Mo later realized he didn’t really love being an actor in NYC the way he had in Seattle, and that he wasn’t feeling as fulfilled, he decided to let his agents go and focus on his Broadway Cares job. In doing so, he was also able to revisit his initial idea for The Ensemblist, which had struck him while in The Addams Family. He loved the people he had performed with, and wanted to share their stories - the stories of the ensemble. These days you can catch Mo twice a week on The Ensemblist podcast, proudly championing Broadway’s underdogs, by visiting BPN.fm/theensemblist.In this episode, we talk about:  Finding community in the theater  His hands on experience at Whitman College  Working as a performer in the Seattle theater scene  Being a part of The Addams Family musical  Why and how he decided to let performing go (for now) The inspiration behind The Ensemblist, and how it has grown since the beginning  Being a dad, and what the surrogacy process was like Connect with Mo: IG @theensemblist IG: @daddy_papa_and_me_make3 On the web Connect with The Theatre Podcast: Support us on Patreon: Patreon.com/TheTheatrePodcast Twitter &amp; Instagram: @theatre_podcast Facebook.com/OfficialTheatrePodcast TheTheatrePodcast.com Alan's personal Instagram: @alanseales Email me at feedback@thetheatrepodcast.com. I want to know what you think. A very special thanks to our patrons who help make this podcast possible!Cheryl Hodges-Selden, Paul Seales, David SealesIf you would like to see your name in this show notes or get a shout out on the pod itself, visit ttp.fm/patreon to become a member and show your support! Learn more about your ad choices. Visit megaphone.fm/adchoices

Why I'll Never Make It - An Actor's Journey

Thanks for coming back to join me and Mo for the final five! This is a bonus conversation covering topics and five specific questions we didn’t address on the last episode. Today, Mo talks about his love of NEXT TO NORMAL and how Susan Blackwell from TITLE OF SHOW inspires him.  Don't forget to check out all the offers and resources available to you through WINMI: resources.winmipodcast.com Follow Mo: Instagram / Twitter Follow WINMI: Instagram / Twitter / Blog Donate to the podcast: https://ko-fi.com/winmipodcast

Why I'll Never Make It - An Actor's Journey

Co-creator of The Ensemblist podcast and blog shares his love of theater, especially for those out of the spotlight and in the ensemble. Mo Brady grew up building sets and imagining a life on the stage. After finally getting his Broadway debut, two other more personal roles came his way: husband and father. But he still manages to keep up the podcasting and working on the communications team at Broadway Cares/Equity Fights AIDS. http://www.theensemblist.com/podcasts Don't forget to check out all the resources available to you through WINMI: resources.winmipodcast.com Share your feedback at survey.winmipodcast.com Follow Mo: Instagram / Twitter Follow WINMI: Instagram / Twitter / Blog Donate to the podcast: https://ko-fi.com/winmipodcast —————  WINMI is a Top 20 Theater Podcast thanks to you!  https://blog.feedspot.com/theatre_podcasts/   Music used in this episode: "Hill and Dale" and "Daydream" by Chad Crouch are licensed under a Attribution-NonCommercial 3.0 International License. "Smooth Actor" by Podington Bear is licensed under a Attribution-NonCommercial 3.0 International License. Based on a work at http://soundofpicture.com.

For many theatre artists, there’s the show that changed everything. A musical that - for the first time - reflected a part of the artist that they had never seen before. A show that gave that young artist a glimpse into their future - into an industry and community they would inevitably be a part of. And while that experience is by no means unique, it is often the kernel of why they’ve made the theatre their life’s work.So for The Ensemblist’s 300th episode, we are turning the tables. Today, I’ll be interviewing The Ensemblist’s co-creator and host, Mo Brady, about his favorite musical: the 1996 Broadway phenomenon Rent. Here’s our conversation… Learn more about your ad choices. Visit megaphone.fm/adchoices

Mo Brady is no stranger to the stage or a podcast, but since co-creating The Ensemblist in 2013, he has been shining a much-deserved spotlight on members of the ensemble, both on Broadway and across the nation. Having made his Broadway debut as a member of an ensemble himself, Mo understands the passion and hard work that makes up, what we now lovingly call, an Ensemblist. As the host for much of The Ensemblist's podcast series, Mo got to relax and ride shotgun for this interview as we speak about his early days with Disney Cruise Line, making the leap to Broadway, and finding a new voice standing up for the little guy. Be sure to find, follow, and show your love for The Ensemblist on Instagram (@theensemblist) or at their website (www.theensemblist.com). As always, be sure to follow Sailin Wailin on Instagram @sailinwailinpodcast.

Ep. 47: Bourbon Will Always Clap for You with Mo Brady (The Ensemblist)

We're kicking off the new year by sitting down with some of our fellow podcasters at the Broadway Podcast Network! This week, we raise a glass with Mo Brady, co-creator and host of The Ensemblist. We discuss some Oscar-buzz, growing up in Washington, theatre careers outside of New York and transitioning out of performing. Mo gives a sneak peek of what The Ensemblist will be featuring this year and we play some games! Come see us at Broadway Con! Subscribe, rate and review on iTunes!@theensemblisthttp://www.theensemblist.com/bpn.fm/EquityOnewww.cafepress.com/equityoneInstagram: @equityonepodcast Twitter: @equityone_ Email: equityonepodcast@gmail.com Learn more about your ad choices. Visit megaphone.fm/adchoices

Play along as Mo Brady (The Ensemblist) joins Bryan, Kevin, and Kimberly for Van Brunt Stillhouse Whiskey, broadway talk, theatre games, bad puns, and Manhattans.Become a supporter on our Patreon: https://bit.ly/2Q2zELG  This episode is brought to you by Goldstar! Get discounted tickets to Broadway shows, tours, and more: goldstar.com/broadwaysted Learn more about your ad choices. Visit megaphone.fm/adchoices