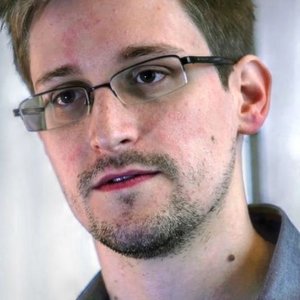 How do you build a customer-focused design team that scales?Susan Rice has done it three times. She’s the Vice President of UX at Workiva, a global SaaS reporting compliance platform that enables the use of connected data and automation for reporting across finance, accounting, risk, and compliance.In her Human Insight Podcast interview with Janelle Estes, UserTesting’s Chief Insights Officer, Rice discusses: Building a customer-focused teamHer favorite UX design KPIUX design differences between B2B and B2CAdvice for those embarking on a design career

Susan Rice will be the Director of The Domestic Affairs Council in the Biden-Harris Administration. Bill talked to her about how her experiences in the Clinton and Obama Administrations shaped her views of public service, experiences that will no doubt influence how she approaches her new, high-level job. They discuss her book, Tough Love: My Story of the Things Worth Fighting For.Today's Bill Press Pod is supported by these unions fighting hard everyday for working men and women. The United Food and Commercial Workers Union,The International Association of Fire Fighters,The Laborers International of Union of North America,The International Brotherhood of Teamsters,The American Federation of Teachers,The International Association of Sheet Metal, Air, Rail and Transportation Workers,The United SteelworkersandThe Iron Workers Union.See Privacy Policy at https://art19.com/privacy and California Privacy Notice at https://art19.com/privacy#do-not-sell-my-info.

Today it is my honor and privilege to welcome Ambassador Susan Rice to the podcast! Though Susan needs little introduction, she is an incredible woman and I would like to take the time to appreciate all of her auspicious accomplishments. From 1993-1997, Susan served as President Bill Clinton’s National Security Council staff. Then, at 32-years-old, Rice became the youngest person in U.S. history to serve as the Assistant Secretary of State for African Affairs at the State Department (which she served from 1997-2001). As a former Brookings Institution fellow, Rice served as a Foreign Policy Advisor to Democratic presidential nominees Michael Dukakis, John Kerry, and Barack Obama. After Obama won the 2008 presidential election, Rice was nominated as Ambassador to the United Nations until 2013. From 2013-2017, she led the National Security Council Staff and chaired the Cabinet-level National Security Principals Committee. Currently, Ambassador Rice is a Distinguished Visiting Research Fellow in the School of International Service (SIS) at the American University, a Non-Resident Senior Fellow at the Belfer Center of Science and International Affairs at Harvard University’s John F. Kennedy School of Government, and a contributing opinion writer for the New York Times. She also currently serves on the board of Netflix and is a member of the Aspen Strategy Group, American Academy of Diplomacy, and Council of Foreign Relations. I don’t know how she finds all the time! In our conversation today, Rice shares about her life journey from a personal and professional perspective; the fascinating history of her incredible family and how they’ve persevered through prejudice; her recent book, Tough Love: My Story of Things Worth Fighting For; and her hopes for the future of America. Rice also shares what “tough love” means to her; how she has personally persevered through ageism, sexism, and racism throughout her career; and some of the many incredible highlights and stories from her and her family’s lives. Don’t miss out on this one. Key Takeaways: [:39] About today’s fantastic guest, Susan Rice. [2:26] Welcoming Susan Rice to the podcast! [2:30] The story of how Susan and I first became acquainted. [3:48] Susan shares the meaning behind her book’s title, Tough Love: My Story of the Things Worth Fighting For. [5:42] Rice shares some powerful stories about how her family has overcome many trials and tribulations, and still managed to find incredible success. [12:17] How Rice and her brother found their paths through the help of their parents. [15:02] Did Rice (or her brother) ever feel pressured to find success just as their parents had? [15:48] Now a parent of two young adults, Rice shares about her early days of balancing family and her career. [22:12] Rice’s first conversation with Barack Obama where he asked if she would serve as his Ambassador to the United Nations. [23:54] Rice gives a current update about what her sons are currently doing and pursuing. [25:30] Rice speaks about the experiences in her career through the perspective of often being the only black woman in the room. She shares what she has learned from this perspective, how the lessons her parents have taught her have informed her, and how she handles being prejudiced against. [31:48] In Rice’s memoir, she is quoted to say that one of her most gratifying initiatives during the Obama administration was leading the NSC’s Principal’s push to diversify the national security workforce. She elaborates on why it is important for the national security workforce to reflect the diversity of America. [35:53] An expert of the afterword in Rice’s book, Tough Love, reads, “American presidents take responsibility. They lead. Especially in times of crisis.” Rice elaborates on this and spreads some hopeful and encouraging words about the ongoing pandemic and the future of America. [42:46] Thanking Susan Rice for joining the podcast. Mentioned in this Episode: Tough Love: My Story of the Things Worth Fighting For, by Susan Rice Management Leadership for Tomorrow   About Fifth Dimensional Leadership &amp; Ginny Clarke Fifth-Dimensional Leadership is a podcast about leadership — knowing yourself, speaking your truth, inspiring love, expanding your consciousness and activating your mastery. As an executive recruiter and career expert currently leading executive recruiting at a Fortune 20 tech company, Ginny Clarke is a passionate and authentic thought leader with a unique and deliberate perspective on work and life. She synthesizes aspects of her life as an African-American single mother who has successfully navigated corporate America for over 30 years. She has inspired, uplifted, and changed the lives of thousands and is intentional about bringing conscious awareness to people of all ages and stages.   Every other week, a new edition of Fifth-Dimensional Leadership will include fascinating guests, covering a variety of topics: power, personal branding, self-awareness, networking, fear, and career management   Stay Connected! To find more episodes or learn more, visit: ginnyclarke.com Connect with her on social media: Facebook, Twitter, LinkedIn, and Youtube

Carlos talks to former Ambassador to the United Nations Susan Rice. She discusses serving as President Obama’s national security advisor, her role in the Benghazi controversy, and President Trump’s foreign policy. Learn more about your ad-choices at https://www.iheartpodcastnetwork.com