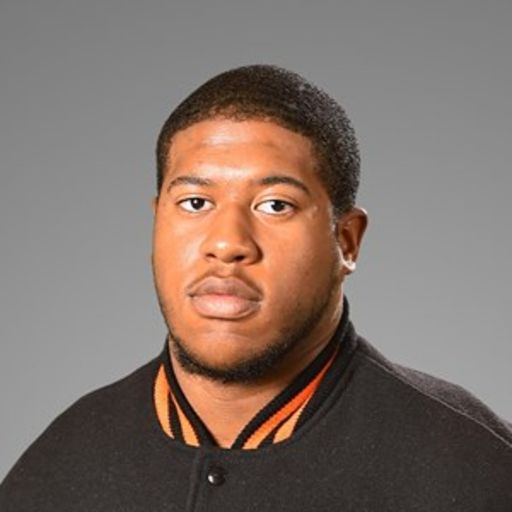 In Season 1, Episode 6 of this podcast, Networking SportsHub sits down with Justin Phillips. Justin is the Director of Corporate Sales for the Portland Sea Dogs. Justin is from the Portland, Maine area and has spent eight years within the Portland Sea Dogs organization. In the Networking SportsHub podcast, we discuss coffee, the Sea Dogs mascot, Sports sales and coffee, and so much more! Thank you all for listening, and remember to share this podcast with a friend. You can follow Network SportsHub on LinkedIn at https://www.linkedin.com/company/networking-sportshub. Also, connect with Justin on LinkedIn at https://www.linkedin.com/in/justin-phillips-9371b755. Listen to the Sports, Sales, and Coffee podcast. Apple: https://podcasts.apple.com/us/podcast/sports-sales-coffee/id1370306207 Spotify: https://open.spotify.com/show/1Kx9WAfFXM0tQ71RKsC4ou?si=L8E6dqXVRLu5mIP4aWH2HA--- This episode is sponsored by · Anchor: The easiest way to make a podcast. https://anchor.fm/app

Justin Phillips - His clothing brand made over $1 million dollar in sales in 1 week. Learn how.

Justin is the co-founder of Support Black Colleges Brand.His brand made over $1 million in sales in one week selling branded apparel. His clothing brand blew up the past couple of years. Justin and his brand have been featured in Shopify, NBA2K (video game,  and other major publications. IG: @supportblackcollegewebsite: supportblackcolleges.orgGavin’s IG: @gavinstgeorgesGavin’s Website: gavinstgeorges.com 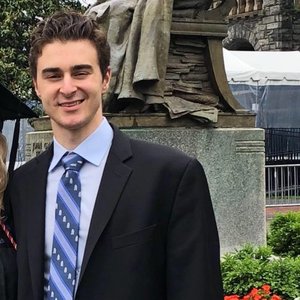 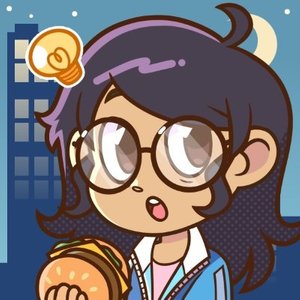 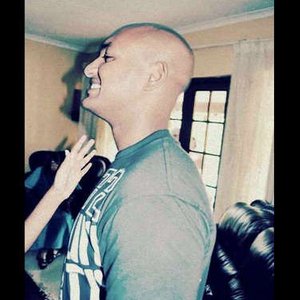 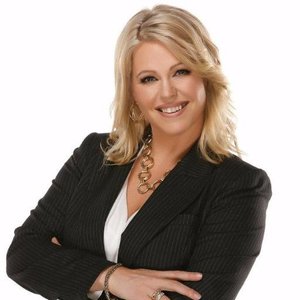 Justin Phillips, Co- founder of the rising Apparel Brand SUPPORT BLACK COLLEGES back to give away more actionable game!Athletes, Celebrity’s and Influential individuals have been avid fans and supporters of the brand and we’re going to catch up about why. After this episode you’ll understand WHY the person BEHIND THE BRAND matters. We also Talk: -The Power of pivoting in business to rake in massive profits. -Being an introvert in business while managing a partnership. -Having self awareness in business. -The need for copy, creatives, and targeting in your marketing. -Scaling from E-Commerce into a personal brand. and so much more!Pick up Justin’s Book, “The Last E-com Book You’ll Ever Need.”:https://shop.lastecombook.com/pages/justin-never-sleepsFollow Justin on Instagram: https://www.instagram.com/ihoenationGet 7 days of Coaching with David for only $1http://www.themorningmeetup.comFollow David Shands on Instagramhttp://www.instagram.com/sleepis4suckers\Support this podcast at — https://redcircle.com/social-proof-podcast/donationsAdvertising Inquiries: https://redcircle.com/brandsPrivacy &amp; Opt-Out: https://redcircle.com/privacy

Dani talks with Soleil Ho and Justin Phillips, co-hosts of the podcast Extra Spicy. Soleil and Justin are writers for The San Francisco Chronicle who focus on food, race, ethnicity, and culture. While you’re listening, subscribe, rate, and review the show; it would mean the world to us to have your feedback. You can listen to “Food Talk with Dani Nierenberg” wherever you consume your podcasts.

Welcome to Black Voices in Health brought to you by Plantmade. This is a safe space for people of color. Our goal is to encourage people to be themselves and to normalize topics in wellness. On this episode I am Joined by Justin Phillips. He is an online educator, an author, and an entrepreneur. He is one of the founding members of Support Black College, which is a clothing brand dedicated to promoting black college. Please be sure to subscribe and to leave a review Visit Plantmadeco.comIg: plantmadecoUse Code: BVH for 10% off on your next purchase on Plantmade.com

Episode #50: How I Became The Driver of my Own Life with Justin Phillips

This episode of the Grow2Gether podcast is taken from our Redefine Your Twenties Series where we're joined by an entrepreneur and fellow podcaster, Justin Phillips as we discuss his journey into content creation and entrepreneurship. After having a well-established aspiration for becoming a music teacher, Justin was accepted into college and was on the way to achieve his vocational goal. However, after a realisation that this wasn’t for him, he changed his goal, leading him to a small-town grocery store job and falling into the 9-5 routine. Justin soon realised he had a driving passion for podcasting and content creation, this led to the conception of his podcast, JRP Daily. While working hard to produce a podcast every day for a year, he soon realised how to shed off negativity and people in his network that were unsupportive or bringing him down. Currently, Justin has expanded from his days of the JRP Daily podcast to follow his calling and found his own business, JRP Creative, which offers services in video/ audio production, graphic design, photography and creative writing. Listen in to discover how Justin got to his current position by putting himself in the driver’s seat of his own life and having that core motivation to redefine his 20’s. Some takeaways from this episode: ﹥ Don’t feel pressured to have your life figured out by 18, sometimes the best thing to do is let it all fall into place naturally to find your path. Most people when they’re 18 think they have to have their life planned and figured out. You start to realise when you’re older that people who are 40, 50 even 60 don’t have it figured out. As Justin says, you start to find out that adults are just bigger versions of kids, there's nothing magical that really happens somewhere along the line. ﹥ Be in the driver’s seat of your own life. You cannot afford to be negatively influenced by other people in your network who don’t offer genuine support. Negative people can bring you down by trying to take you away from your passions to spend time essentially doing nothing. If you really want to pursue your passion, drop the negative people in your circle that are guiding you in the wrong direction. ﹥ Have trust in yourself. If you pursue your ultimate passion, only you really know if you’re making a mistake. At a certain point, you just kind of have to trust that you're going on the right path. As Justin states, “I believe that everyone knows somewhere inside of them if they're really making mistake or not”. ﹥ Plus, much, much more! Connect with Justin on Instagram: https://www.instagram.com/_justinrp/ Connect with Justin through his Twitter: https://twitter.com/_justinrp Check out JRP Creative through their website here: https://www.jrpcreative.com/ Learn more about Grow2Gether: https://www.letsgrow2gether.com Let us know what you think about this episode by commenting below and if you liked this episode, it would mean the world to us if you could hit the subscribe button!

This is Big E, your host of this podcast and welcome back to a new episode of E-Pro Cast. Hope you are enjoying the content so far. In this episode, I had an awesome conversation with Justin Phillips - Director of Corporate Sales at Portland Sea Dogs. If you felt connected with Justin's story and what he is doing, feel free to reach out to her: https://www.linkedin.com/in/justin-phillips-9371b755/ Also check out his podcast Sports, Sales and Coffee: @sportssalescoffee on all social media. If this content brought you value in any way, consider to subscribe to not miss any episode. New episode goes live every Thursday! Thanks to Anastasia for helping the podcast with editing and making this one a pleasant experience for you guys, she is doing awesome job and also she produces music, so please show her some love and follow her on Instagram: @anastasia.sffr If you have any questions, I would be more than happy to help, just reach out to me: https://linktr.ee/eug.pro Thank you for continuous support and please keep the reviews and questions coming. I appreciate you all! Stay safe and see you in the next one!--- Send in a voice message: https://anchor.fm/e-procast/message

#6: Recurring Voices #02 - Justin Phillips and the Music that Shaped Us Pt. 2

Initially recorded Thursday, October 8th, 2020. Jonny and Jason had Justin Phillips come on for the second installment of Recurring Voices to help them answer the listener questions they didn't get to in the first part of Episode #5: The Music that Shaped Us, in a more Q&amp;A centric format. Jonny and Jason also took the time to learn more about Justin’s beginnings with his music journey as well as some of his favorite memories involving music leading up to now! Tune in, listen, and let them know what you think!Follow Justin on-Instagram:@justinphillipsFollow Jason on -Instagram, Twitter and Twitch:@jasonGbassSnapchat:jasonplaysbassFollow Jonny on -Instagram:@jonnythewzrd-Twitter:@jonny_saucedo

Justin shares his life story and his passion for travel.  He also shares how he is able to live a lifestyle of travel while  getting paid to live in some of the most beautiful places in the world. --- This episode is sponsored by · Anchor: The easiest way to make a podcast. https://anchor.fm/app--- Send in a voice message: https://anchor.fm/dean-krosecz/message

Executive Director Wendy Noe talks opiates and overdoses with Justin Phillips, Executive Director of Overdose Lifeline. Wendy and Justin have a candid conversation around Naloxone, the overdose reversal drug, and how Hoosiers can access it completely free through Overdose Lifeline. Wendy and Justin also explore recovery during the age of COVID, being women leaders in the recovery field, and how to change the narrative of substance use disorder through education, one person at a time. With the power of Naloxone and the leadership of strong women in the field of recovery, their hope is to remove the stigma and save lives. Show Resources and Links Overdose Lifeline Info Justin Phillips, Founder and Executive Director of Overdose Lifeline Website: www.overdoselifeline.org Facebook: www.facebook.com/overdoselifeline Twitter: @overdoselifelin Instagram @overdoselifeline Dove House Info Website: www.doverecoveryhouse.org Facebook: www.facebook.com/doverecovery Twitter: @doverecovery Instagram: @doverecoveryhouse YouTube: https://www.youtube.com/channel/UCWwKsFDu5ZPkD5qIio1OtCQ