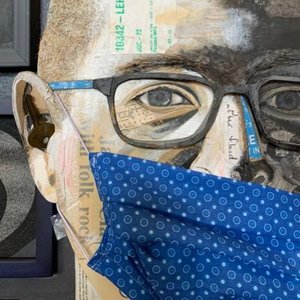 Guest Info/Bio: This week we’re very excited because our guest is Dan Haseltine! Dan is best known as the lead singer of the multi-platinum, Grammy Award-winning band Jars of Clay. We talk about everything from how Jars of Clay got their start to his work helping to bring clean water to places in need. Beyond his work as a musician, Dan is also co-founder of the non-profit organization, Blood:Water Mission. Blood:Water Mission works as an equipping agency that partners with African grassroots organizations to address the water and HIV/AIDS crises. Dan is a regular writer and speaker about worship music, HIV/AIDS in Africa, social justice, and church reform. His is also a regular columnist for Relevant Magazine, and has contributed articles to Moody, CCM Magazine, Christianity Today, World Vision, Campus Life, and Beliefnet. Guest Social Media: www.jarsofclay.com www.bloodwater.org Facebook: @jarsofclay Twitter: @jarsofclay &amp; @scribblepotemus Special Music By: Jars of Clay Enjoy the music? Songs heard on this episode were: “Silence” from the album, The Eleventh Hour “All My Tears” from the album, Good Monsters “Weapons” &amp; “Hero” from the album, The Long Fall Back to Earth “Left Undone” &amp; “Love in Hard Times” from the album, Inland You can find Jars of Clay’s music on iTunes, Spotify, Apple Music, YouTube, Pandora, iHeartRadio, Google Play, or anywhere good music is found. This episode of the Deconstructionist’s Podcast was edited by John Williamson. It was mixed and produced by THE Nicholas Rowe at National Audio Preservation Society: A full service recording studio and creative habitat, located in Heath, Ohio. Find them on Facebook and Twitter or visit their website for more information. www.nationalaudiopreservationsociety.weebly.com www.facebook.com/nationalaudiopreservationsociety Twitter: @napsrecording Stay on top of all the latest at www.thedeconstructionists.com! Go there to read our blog, snag a t-shirt, follow us on social media, or join our Patreon family! Website by Ryan Battles All photos by Jared Hevron Logos designed by Joseph Ernst &amp; Stephen Pflug. T-Shirt designs by Joseph Ernst, Chad Flannigan, Colin Rigsby, and Jason Turner.Support this podcast at — https://redcircle.com/the-deconstructionists/donationsAdvertising Inquiries: https://redcircle.com/brandsPrivacy &amp; Opt-Out: https://redcircle.com/privacy

“Where Is God” with Dan Haseltine

Compass Podcast: Finding the spirituality in the day-to-day

Dan Haseltine of Jars of Clay joined the podcast to talk about what he’s up to now and where he’s seeing the divine in the midst of relief work with Blood:Water. 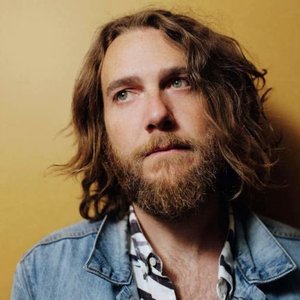 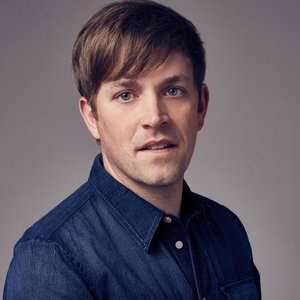 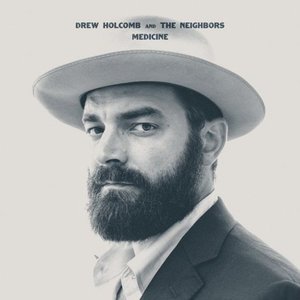 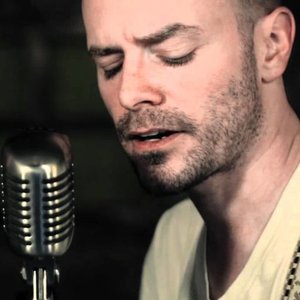 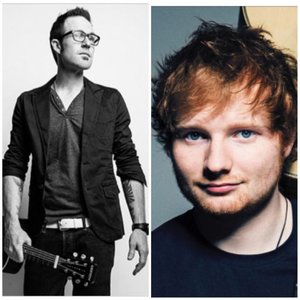 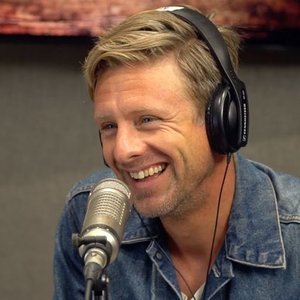 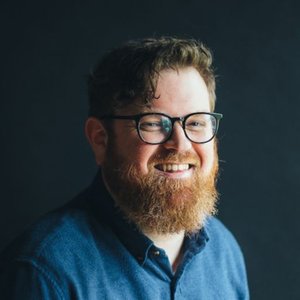 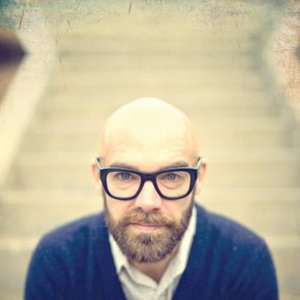 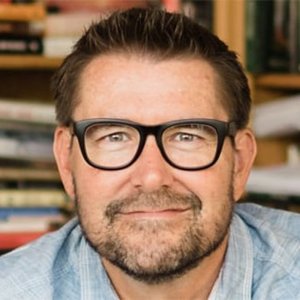 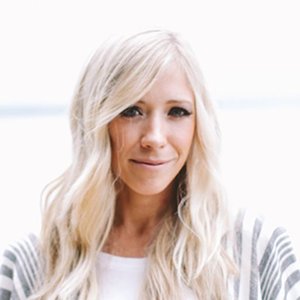 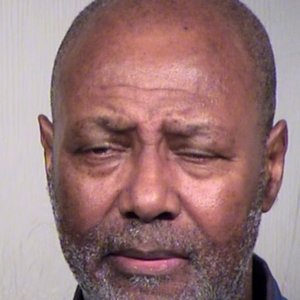 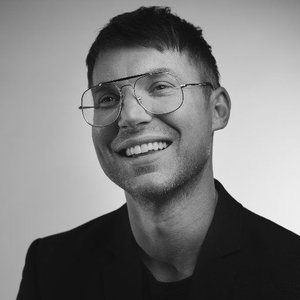 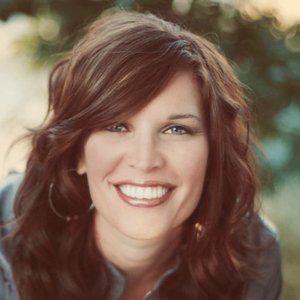 Enneagram Fives, or the Observers, operate from a withdrawing stance and value their privacy. Their unconscious strategy consists of collecting knowledge and information to defend against what feels like an overwhelming, unpredictable, chaotic world.  They build walls around themselves and retreat into their mental realm for a lot of internal processing.  And though they may appear detached there is actually a lot of vulnerability beneath the surface. The challenge for a Five is to not over-rely on their intellect but rather learn to connect with the heart by bringing their feeling up to the same level of their intellect. In today’s episode, songwriter, author, and activist, Dan Haseltine opens up to Ian and shows us how the powerful intellect of an Enneagram 5 can successfully blend with their connection to the emotional space. Dan is a songwriter, founder, author, speaker, advocate; He is best known as lead vocalist for Christian alternative folk rock group Jars of Clay. Haseltine has performed vocals, piano, accordion, percussion and most recently, melodica, while with Jars of Clay. He has had different artistic titles, including songwriter, producer, film composer, music supervisor, and art designer. Haseltine is also the founder of the non-profit organization, Blood:Water Mission, where he currently sits as part of the board of directors. He is a regular writer and speaker about worship music, HIV/AIDS in Africa, social justice and church reform. Haseltine is also a regular columnist for Relevant Magazine, and has contributed articles to Moody, CCM Magazine, Christianity Today, World Vision, Campus Life and Beliefnet.[2] Founded by the multi-platinum, GRAMMY Award-winning band, Jars of Clay and activist Jena Lee Nardella, Blood:Water began as a call to personalize the HIV/AIDS crisis in Africa. Blood: Water is an agency that partners with Africa grassroots organizations to address the water and HIV/AID crises. They provide technical, financial, and organizational support to strengthen their reach and effectiveness to the communities they serve. He is married to Katie Haseltine and together they have two children, Noah and Max.

Episode 21 • Serving Others in Sobriety with Dan Haseltine

Nate and Dan discuss the value of service in maintaining positive sobriety with Dan Haseltine, frontman for Jars of Clay.

Josh talks about advocacy and faith with Dan Haseltine (Jars of Clay, BloodWater) and Scoggins Berg (The One Campaign).

Dan Haseltine of Jars of Clay and Blood:Water Mission joins Andrew today as they discuss commencement speeches, fashion consultants, the overlapping circles of calling and vocation, and the amazing work Dan and his team do at Blood:Water.To see Sadie's cartwheels please visit instagram.com/CleanWaterCartwheels - All donations in September will be matched!!Check out andrewosenga.com/podcast for more episodes or to learn more about Andrew.--- Support this podcast: https://anchor.fm/the-pivot/support

The Life of Dad Show

Tommy Riles and Art Eddy talk about moments when each of their kids surprised them and made them proud parents. They get inspired by this week’s guest, lead singer of Jars of Clay and founder of Blood:Water, Dan Haseltine. Blood:Water is an equipping agency that partners with African grassroots organizations to address the water and … Continue reading #254 – Dan Haseltine →

Dan Haseltine is the frontman of the Grammy Award-winning band, Jars of Clay, and co-founder of Blood:Water Mission, a movement that partners with Africa to end the HIV/AIDS and water crises. We talk about something we can all identify with, lost causes, and why some are worth fighting for.

Our conversation was one of the first in-person interviews I recorded and certainly the first with an artist that has had such a huge impact on my life. I’ve been listening to Jars of Clay since their first album was released in 1995 and can attach specific songs to specific experiences as a teenager, college student and, later, husband and father. It was truly amazing to get to sit down with him in Sputnik Studios in Nashville for an hour and talk about the history of the band and his personal evolution as a person and musician. Enjoy the show! Bits &amp; Bytes Mentioned in the Show Sputnik Sound Noisetrade Greenville College More About Dan Dan on TwitterDan on WikipediaJars of ClayThe Hawk in ParisBlood:Water Mission

The FULL Jars Of Clay interview, with Frank Jenks. Greatness.