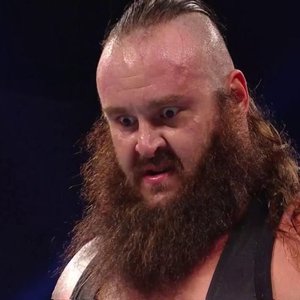 EC3 on The Importance of Mental Health, Braun Strowman and How To Free The Narrative

Today's guest is EC3. EC3 (real name Michael Hutter) is a professional wrestler and bodybuilder known for his time in WWE, IMPACT Wrestling and Ring of Honor (ROH). He joins Chris Van Vliet to talk about his new project "Free The Narrative 2", working with Braun Strowman (Adam Scherr), the book and movies that inspire him, how he felt WWE dropped the ball with the EC3 character, his diet and workout regimen and much more!If you enjoyed this episode, could I ask you to please consider leaving a short review on Apple Podcast/iTunes? It takes less than a minute and makes a huge difference in helping to spread the word about the show and also to convince some hard-to-get guests.For more info on Free The Narrative visit: http://freethenarrative.comhttp://www.YouTube.com/ControlYourNarrativehttp://join.freeec3.com #ProjectNarrative Workout and Nutrition AppFor more information about CVV and INSIGHT go to: https://chrisvanvliet.comFollow CVV on social media:Instagram: instagram.com/ChrisVanVlietTwitter: twitter.com/ChrisVanVlietFacebook: facebook.com/ChrisVanVlietYouTube: youtube.com/ChrisVanVlietTikTok: tiktok.com/@Chris.VanVliet Learn more about your ad choices. Visit podcastchoices.com/adchoices

Host "The Man They Call" Meathead has joining him once again the "Gentleman Squire" Matthew Thomas to talk about EC3's Free the Narrative with Braun Strowman, WWE Documentaries are AWOL, plus a preview of Rampage and the WWE Draft night 1 on Smackdown and more for Friday October 1st 2021https://store.collarandelbowbrand.com/ promo code "LindaKay" will save you 10%! 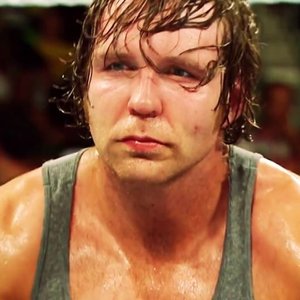 Host "The Man They Call" Meathead has joining him once again the M.OT.S. to talk about the talents that were released from WWE on June 2nd, who now are free agents including Braun Strowman (Titan) and more, CM Punk and the 100th episode of Dynamite tonight plus we break down NXT from last night and more for Wednesday September 1st 2021

How We'd Book It

Braun Strowman was arguably the biggest shock when it came to WWE over the past few months. The monster among men was one of those you never thought would be released from the company as he has the look that Vince McMahon loves. Now the question is where should Braun Strowman go now he is no longer under contract with the WWE. Should he go to AEW? Should he go to new japan? or should he go to the NWA? Well, Christian and J. Brandon Ingram give you their opinion on where the think he should end up!@allcharisma_ci @jbrandoningram

Ahead of his huge WWE Championship opportunity at WrestleMania Backlash, WWE Superstar Braun Strowman returns to WrestleRant Radio to speak with Graham "GSM" Matthews about facing Bobby Lashley and Drew McIntyre this Sunday, his last year in WWE, the pros and cons of having no fans, being back in front of a crowd at WrestleMania 37, his feud with Shane McMahon, getting in great shape during his absence, the current state of Monday Night Raw, and more!In the second half of the show, RJ Marceau joins GSM to talk the recent report regarding Zelina Vega. Is the recently released Superstar already on her way back to WWE? They then review a newsworthy edition of AEW Dynamite featuring a rare IWGP United States Championship defense from Jon Moxley, SCU's swan song against The Young Bucks, the issue with the AEW World Championship match at Double or Nothing, Stadium Stampede 2, and Miro winning the AEW TNT Championship from Darby Allin.Plus, hear their thoughts on Alexa Bliss using her supernatural powers on Shayna Baszler on Raw, the return of Jinder Mahal, what the hell is going on with Jeff Hardy, if Dakota Kai is next in line for a shot at Raquel Gonzalez's NXT Women's Championship, the debut of Hit Bow on NXT, Kyle O'Reilly and Bobby Fish reuniting (kind of), what's next for Santos Escobar, and FULL PREDICTIONS for Sunday's WrestleMania Backlash pay-per-view!

James Ellsworth SHOOT Interview! How Stiff Was Braun Strowman In the Ring? The No Chin Music Origin!

ECW Virtual Reunion Live!Event Link Here https://fb.me/e/bBj7uKzqzPro Wrestling Unraveled Interview with James Ellsworth! This chat with James has nothing held back! Full of laughs and a great time. Be sure to leave us a like and subscribe for more videos! Follow us on Twitter! https://twitter.com/a_c_podcast_Follow us on Spotify! https://open.spotify.com/show/39hLqcvUHf07pHVW2gM3XgListen to us on Apple Podcasts!https://podcasts.apple.com/us/podcast/the-a-and-c-podcast/id1554361503?uo=4

The latest edition of The Raw Verdict is now live for your listening pleasure! Your host and humble guide Keila Cash recaps the highs and lows from WWE's flagship show, Monday Night Raw. The Rundown Includes: Randy Orton is a certified legend, Keith Lee, Sheamus, &amp; Braun Strowman steal the show, Lana continues to live in her Groundhog Day fantasy, The New Day and The Hurt Business throw shade for days, and The Fiend &amp; Alexa Bliss continue to be the best damn thing on Monday nights. Press play and SUBSCRIBE today!Follow me on Instagram: https://www.instagram.com/wrestlesoaptopia/Follow me on Twitter: https://twitter.com/ladywrestlingx

Adam Scherr known as WWE Superstar, Braun Strowman, "The Monster Among Men", sits down with Lilian on the SEASON PREMIERE of “Chasing Glory with Lilian Garcia”. This in person interview promises to show you a side of Braun that you have never seen before!Braun shares why he agreed to do WWE Chronicle, dives in even deeper into his journey and shares NEVER BEFORE HEARD STORIES including his relationship with Vince McMahon! He also shares his thoughts on becoming the WWE Universal Champion at Wrestlemania and so much more. Get fired up, as it’s about to get real, raw, and inspiring with Braun Strowman.BREAKING NEWS: The video portion of Chasing Glory is now available on the FREE Version of the WWE Network. TO WATCH go to: 👇🏼The FREE version of the WWE Network: https://www.wwe.com/freeFor the hilarious “CG SPEED...NOT SPEED ROUND” - SUBSCRIBE to: 👇🏼www.YouTube.com/LilianGarciaMore info:www.CHASINGGLORY.com www.LILIANGARCIA.com SUBSCRIBE-RATE-REVIEW