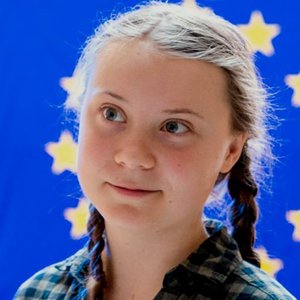 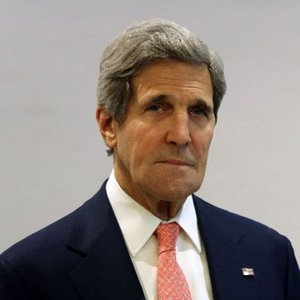 Greta Thunberg: Humanity has not yet failed

Climate activist Greta Thunberg urges world leaders to do more. Doing our best is no longer good enough. We must now do the seemingly impossible, Thunberg says in the Swedish Radio show Summer on P1 where she takes us along her trip to the front lines of the climate crisis. We dont accept these odds. That was Greta Thunbergs principal message while speaking before the General Assembly of the United Nations last year. It referred to the remaining CO2-budget of humanity. But the only message that seems to have resonated is how dare you, she says in the beginning of her Program, Summer on P1, a well-known Swedish Radio Show.  After her speech, Greta and her father travel through 37 states in total.   Apart from a few wind power plants and solar panels, there are no signs whatsoever of any sustainable transition, despite this being the richest country in the world. She has been discouraged from visiting the state of Alberta in Canada, but goes there anyway. Alberta is one of the western worlds largest oil producers and has a very powerful and aggressive oil lobby. On several occasions I need to call for police protection when the level of threats and the sheer harassments become too serious, she witnesses in her program. On her way to Jasper Nation Park she drives through magnificent pine forests, but many trees arent green, their needles are either brown or have been lost entirely. She visits the Athabasca glacier and on her way up to the glacier she can see the signs of how the glacier has disappeared meter by meter, it is currently withdrawing five meter every year. The last 125 years the glacier has lost half of its volume, due to global heating. This year 2020 the emission curve must be bent steeply downwards, if we are to still have even a small chance of achieving the goals that world leaders have agreed to, says Greta Thunberg. Either we go on as a civilization, or we dont. Doing our best is no longer good enough. We must now do the seemingly impossible. And that is up to you and me. Because no one else will do it for us. About GretaThunberg Greta Thunberg sailed the Atlantic Ocean to meet with the world leaders at the UN Climate Summit 2019. Started to school strike for climate change outside of the Swedish Parliament in August 2018 and has inspired millions of students around the world to join her. Greta Thunberg started the global movement Fridays for Future and have had conversations with prime ministers, presidents and the pope. She has 17 million followers through her social media channels and was appointed the Person of the Year by Time Magazine 2019. Summer is a very well known radio show where a person is given free hands to speak about whatever they want and play whatever music they like. Producer: Mattias Österlund

#2: Greta Thunberg on fighting coronavirus and the climate crisis simultaneously

The latest episode of The big interview features climate activist Greta Thunberg. Arguably one of the world’s most influential people, and certainly one of the most famous teenagers, Greta launched the school strikes for climate in 2018, which have since gone global. Her strike started outside the Swedish parliament when she was 15. Since then she’s addressed the United Nations and been nominated twice for the Nobel Peace Prize. Now, because of the global threat of coronavirus, she’s taken her activism, and the strikes, online. In a wide-ranging and intimate conversation, New Scientist's Adam Vaughan spoke to Greta about coronavirus, her dawning understanding at eight years old about the climate crisis, how she was raised, and what it’s like being so famous.

Today in Focus talked to the climate change activist Greta Thunberg in March about the campaign of school strikes she started. As part of a series looking back at some of our favourite episodes of 2019, she told our environment editor Jonathan Watts how it all began. Help support our independent journalism at theguardian.com/infocus

The McLaughlin Group -- December 13, 2019This week's guest panelist is Matt Mackowiak, Washington Times contributorISSUE One:The IG report. Is President Trump right to be angry?ISSUE Two:Impeachment latest. The panel discusses the articles of impeachment and the concern from Democratic leaders that the vote may rest on moderates who are reluctant to impeach. What happens next? Have the American people lost interest - or at least independents?ISSUE Three:Trump gets into a Twitter war with 2019 Time person of the year, Greta Thunberg. Does Thunberg deserve the award? Why is Trump going after her?PLUS: Predictions!TwitterYouTubefacebook Learn more about your ad choices. Visit podcastchoices.com/adchoices

Companies Pay for Their Role in the Opioid Crisis | Greta Thunberg

Corporations are punished for fueling America's opioid crisis, Lewis Black talks about the effects of screen time on kids, and activist Greta Thunberg stops by. Learn more about your ad-choices at https://www.iheartpodcastnetwork.comSee omnystudio.com/listener for privacy information.

Greta Thunberg - the 16-year-old leader of the climate movement

Our climate change correspondent Hannah Thomas-Peter talks to the Swedish activist - who is criticising UK carbon emissions targets. Also on the podcast, are our elderly being let down by the police? And the Prime Minister's final speech.

Greta Thunberg - the 16-year-old leader of the climate movement

Our climate change correspondent Hannah Thomas-Peter talks to the Swedish activist - who is criticising UK carbon emissions targets. Also on the podcast, are our elderly being let down by the police? And the Prime Minister's final speech.