This week we end the Taika Waititi Festival with his crowning jewel and coming of age Hilter youth dramedy with the one and only Jojo Rabbit. Make sure to play along with each festival and leave comments so we can interact with you and remember to subscribe to the channel if you like what you hear!

What We Do In The Shadows | Taika Waititi Festival

Welcome to our third installment of the Taika Waititi Festival with his cult hit and delightful mockumentary about a group of vampires going about living their everyday lives in Wellington, New Zealand finding victims and doing the dishes. Make sure to play along with each festival and leave comments so we can interact with you and remember to subscribe to the channel if you like what you see.  Follow us for more interaction and content: INSTAGRAM: https://instagram.com/deepdivefilmschool TWITTER: https://twitter.com/ddfspodcast FACEBOOK: https://www.facebook.com/deepdivefilmschool Join our growing community for new videos every week! 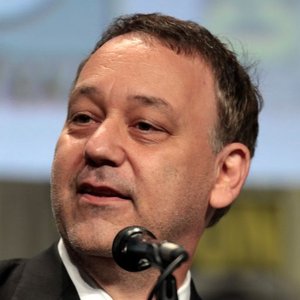 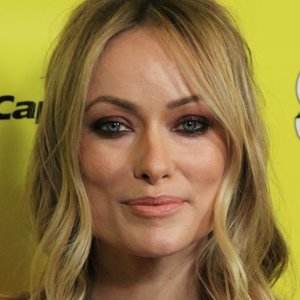 This week we dive into our second installment of our Taika Waititi Festival with his first dip into the Marvel universe surrounded by massive budgets, production scale and the one and only Jeff Goldblum in Thor: Ragnarok.

Will we see an Andor trailer soon?

We Need To Talk About Movies Podcast

This weeks podcast, Nath and Trev discuss the hilarious wartime black-comedy Jojo Rabbit from kiwi writer / director and co-star Taika Waititi. Jojo (Roman Griffin Davis) is a ten year old boy in Nazi Germany, and in the grip of the hysteria that is Hitler Youth. When he discovers that Jewish girl Elsa (Thomasin McKenzie) is living within the walls of his house he is torn between his mother (Scarlett Johannson) and his imaginary best friend Hitler (Taika Waititi). Co-starring Sam Rockwell, Stephen Merchant, Alfie Alan and Rebel Wilson.Want to watch the film yourself... try this link  - https://amzn.to/3exnwlmPlease get in touch with us through Facebook and Instragram for any feedback or recommendations for future reviewshttps://www.facebook.com/weneedtotalkaboutmoviespodcasthttps://www.instagram.com/weneedtotalkmoviespodcast/Support the show (https://www.buymeacoffee.com/wnmovietalk)

Three Films and a Podcast

"Another Watch Party episode!? It's not possible" "Darling, you have no idea what's possible."  On this Watch Party review episode we dive deep into the little known Marvel Cinematic Universe and chat about Taika Waititi's Thor: Ragnarok.  We'll talk about his influence in the MCU, the soft re-boot Ragnarok was in the Thor storyline, and why Cate Blanchett is simply the best at everything.  OUR WEBSITE OUR SOCIAL MEDIA Music: Umbels and StreamBeats Support Us--- This episode is sponsored by · Anchor: The easiest way to make a podcast. https://anchor.fm/app--- Send in a voice message: https://anchor.fm/threefilmspod/message

It's the Taika Waititi WRAP PARTY! Now that you have listened to all 6 episodes of the Taika Waititi season of the Discovering Directors podcast (riiiiiiight?), it's time to give final thoughts on Taika and his filmography. We will be ranking Taika's films, from "at least they have fun accents" average to "favorite movie of 2019" amazing. So prepare your own superlatives and join us for this BONUS episode!Special thanks to Michael Thompson at LEVEL UP Agent Services for our logo.Agree with our rankings? OUTRAGED by our rankings? Shoot us an email at discoveringdirectorspodcast@gmail.com

Joe and Ava return in 2021 to discuss Taika Waititi as an actor, director and writer. What movies of his do we think are good? And what movies do Joe think are bad? Listen now and join the discussion with us on social media!!Order Merch: https://www.teepublic.com/user/twenty-first-century-cinemaFollow TFCC On InstagramFollow TFCC On TwitterLike TFCC On FacebookSuppourt on PatreonFollow Joe: https://www.instagram.com/the_one_and_only_jdv_/Follow Ava: https://www.instagram.com/avacurvelo/Follow Noah: https://twitter.com/SheppardNoah14Support the show (https://www.patreon.com/tfcc)

Happy new year and welcome to the first episode of 2021 where Holly and I have been joined by chief film critic for The Independent, Clarisse Loughrey to discuss the films and career so far of the amazing Taika Waititi. Enjoy!

Taika Waititi: What We Do in the Shadows

It's episode three of the Taika Waititi season and we are talking vampires! Like, a LOT of vampires. So join us and come prepared with your catalog of famous vampires to discuss this comedic mockumentary about vampire flatmates. Can we find themes and lessons to talk about with this goofy movie? (not THE Goofy Movie, as Sidney always reminds us) Tune in to find out.Special thanks to Michael Thompson at LEVEL UP Agent Services for our logo.Follow us on Twitter @DDirectorPod