Did you know Latinas in high wage occupations (over $100k/year) make 58 cents to the dollar compared to that of their white, male colleagues (according to Luz Collective). Writer, producer, and co-showrunner of "One Day at a Time" Gloria Calderon Kellet joins the show for Latina Equal Pay Day to bless us with career and money advice, partnered with a healthy dose of inspiration and inclusive conversation.    How do we bring more diversity and equality to Hollywood? We discuss.     TOPICS   SUPPORT THE PODCAST   FOLLOW GLORIA

Gloria Calderon Kellett (One Day at a Time, @gloriakellett) & Tanya Saracho (Vida, @tanyasaracho) join the SAP crew to offer advice on whether or not you should incorporate covid into the scripts you write, how to tell loved ones that you need space to write without being rude, why you shouldn’t “shoot your shot” until you know how to dribble & shoot, and much more. 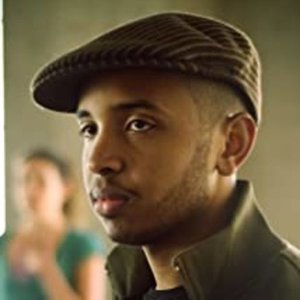 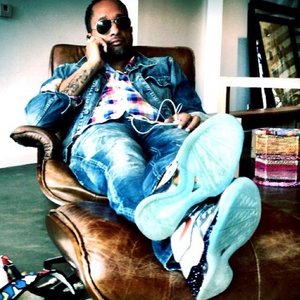 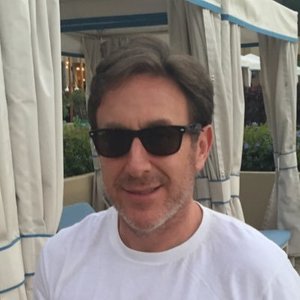 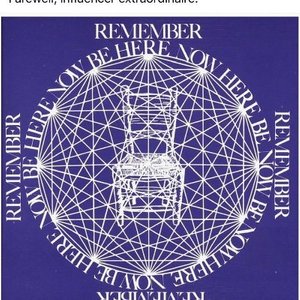 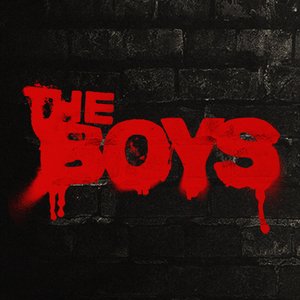 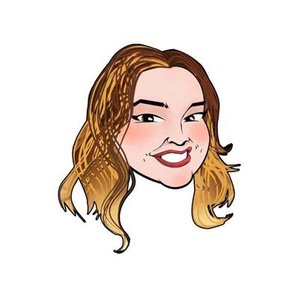 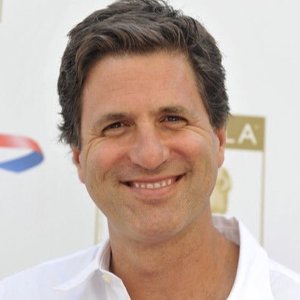 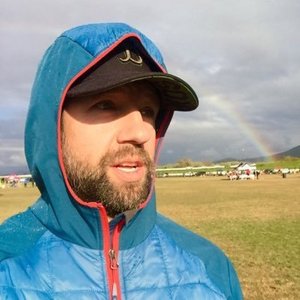 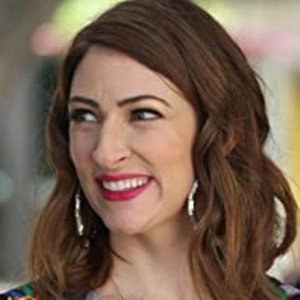 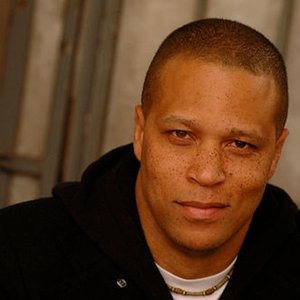 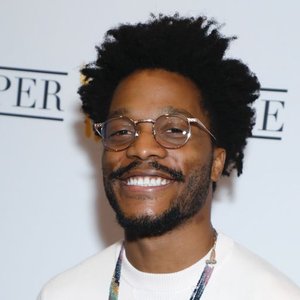 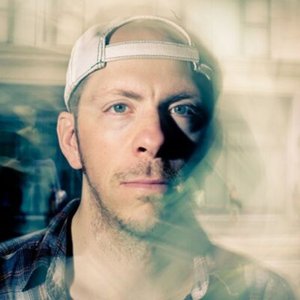 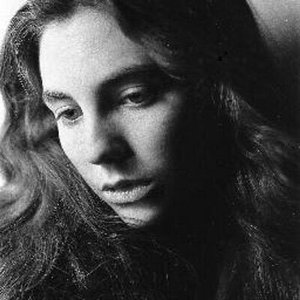 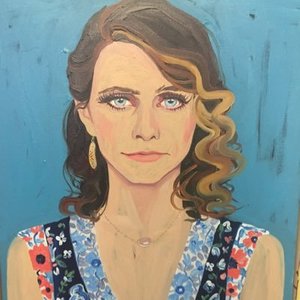 'Hollywood, The Sequel,' Episode 5: “If we have to resort to shame..." with Gloria Calderon Kellett

As the Frame is on hiatus, we are sharing the new show by John Horn, "Hollywood, The Sequel." The limited-run podcast series asks some of the entertainment industry’s most influential artists and executives how Hollywood could and should reinvent itself.

For Hollywood executives trying to fix the industry’s diversity problem, producer and actor Gloria Calderon Kellett has a simple piece of advice: just do it--even if it means you have to work through your own discomfort. The showrunner of “One Day at a Time” points to her own writers’ room and cast as proof that it’s not a “favor” to hire a diverse team--it makes everybody’s storytelling richer and more honest.

Hollywood, The Sequel sponsors include:

Stream We Are Freestyle Love Supreme beginning July 17, only on Hulu

“If we have to resort to shame..." with Gloria Calderon Kellett

For Hollywood executives trying to fix the industry’s diversity problem, producer and actor Gloria Calderon Kellett has a simple piece of advice: just do it--even if it means you have to work through your own discomfort. The showrunner of “One Day at a Time” points to her own writers’ room and cast as proof that it’s not a “favor” to hire a diverse team--it makes everybody’s storytelling richer and more honest.

Hollywood, The Sequel sponsors include:

Stream We Are Freestyle Love Supreme beginning July 17, only on Hulu

Play
Read more
AFTERBUZZ TV – One Day At A Time, is an “after show” for fans of Netflix's One Day At A Time. In this show, hosts Taylor Gates, Rick Hong, and Danny Royce interview Gloria Calderon Kellett.

ABOUT ONE DAY AT A TIME:
This Netflix-original comedy-drama is inspired by Norman Lear's 1975 series of the same name. This time around, the series follows the life of Penelope, a newly single Army veteran, and her Cuban-American family, as they navigate the ups and downs of life. Now a nurse, Penelope is raising two strong-willed children. When faced with challenges, Penelope turns to her "old-school" mother, and her building manager, who has become an invaluable confidant. The series offers a contemporary take on what life looks like in both good and bad times, and how loved ones can help make it all worthwhile.

Comedy - http://www.youtube.com/c --- This episode is sponsored by · Anchor: The easiest way to make a podcast. https://anchor.fm/app

11 Eps
All of the Above with Norman Lear

Play
Read more
One Day at a Time creators Gloria Calderon Kellett and Mike Royce join Norman and Paul to talk about season 2 of the show on Netflix, how to find the balance between hot and fresh, giving voices to Latina characters, how Gloria kickstarted her career, the difference between Network TV and Netflix, and not leaning on the crutch of profanity.

Play
Read more
Gloria Calderon Kellett started writing material for herself in a non-Latino Hollywood. In this interview, the writer-creator talks about working as Cameron Crowe’s (Jerry Maguire, Vanilla Sky) second assistant, moving from plays to television, self-studying television pilots at the Paley Center, writing for ‘How I Met Your Mother’ and working with the iconic Norman Lear (All In The Family, The Jeffersons).

11 Eps
Between The Scripts

Gloria Calderón Kellett is currently a writer and Supervising producer on the CW series “iZombie.” Before that she was on ABC’s “Mixology”, the Lifetime series “Devious Maids, the CBS series “Rules of Engagement” (2008-2011) and “How I Met Your Mother” (2005-2008) during which she won an Alma Award for Outstanding Script. She is a graduate of the Writer’s Guild Showrunner Training Program and has sold pilots to Fox, ABC Studios, CBS and TVLAND.

Gloria graduated from Loyola Marymount University and was awarded a Kennedy Center/ACTF Award for her first play, “Plane Strangers” – which also went on to win the Del Rey Players Playwriting Award, and the LMU Playwright of the Year Award. Gloria went on to earn a Masters degree in Theatre from the University of London. Her play, “When Words Are Many,” was a finalist for the London Writers Award. Additionally, her play, “Dance Like No One’s Looking,” won the International Student Playscript Competition, judged and awarded by Sir Alan Ayckbourn. While in London, she worked at the Royal Court Theater and the London International Festival of Theatre.

Since her return to Los Angeles, Gloria has been a founding member of the sketch comedy group And Donkey Makes Five, and has written and performed stand-up comedy at The Improv and The Comedy Store. Her book, Accessories, has been translated into Italian and is published by Small Fish Studios in the U.S. and Cassini Press in Italy. In her free time she teaches and lectures about writing (Loyola Marymount University, University of Miami, Imagen Foundation panelist, CBS Diversity program special guest) and on occasion she acts.

Ep. 122: Interview With ‘One Day at a Time’ Showrunners Gloria Calderon Kellett and Mike Royce

Play
Read more
The Ringer’s Chris Ryan and Andy Greenwald discuss one of their favorite new shows, Netflix’s ‘One Day at a Time’ (0:45), before Andy sits down with its two showrunners, Gloria Calderon Kellett and Mike Royce, to talk about making the show and rethinking the modern-day sitcom (10:41).

21 Eps
IndieWire's Turn It On

Play
Read more
This is it! Calderon Kellett and Machado explain how they joined with Norman Lear to reimagine the 1970s hit about a single mother. Also: A look at the week's new shows.