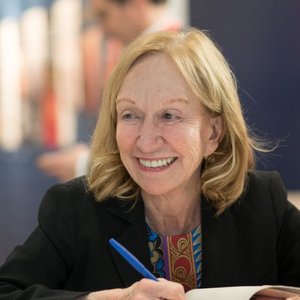 On the one year anniversary of the deadly port explosion in Beirut, Christiane Amanpour looks back at it's devastating impact with Georges Kettaneh, the Secretary General of the Lebanese Red Cross. On the eve of the inauguration of Iran's President-elect Raisi, journalist and author Robin Wright discusses the future of U.S.-Iran relations and the possibility of reviving the nuclear deal. Presidential historian Doris Kearns Goodwin and Julia Sweig, author of "Lady Bird Johnson: Hiding in Plain Sight", talk about LBJ's secret weapon...his wife. As Louisiana battles it's worst covid surge to date, our Walter Isaacson talks to Governor John Bel Edwards about his plan to tackle the crisis.To learn more about how CNN protects listener privacy, visit cnn.com/privacy

John Maxwell and Mark Cole were recently in Boston to learn from Doris Kearns Goodwin, author of the acclaimed book on Abraham Lincoln, A Team of Rivals. In this episode John and Mark share their biggest takeaways from their time with Goodwin and her insightful wisdom on presidential history and leadership in the United States. Our BONUS resource for this episode is the Takeaways from Doris Kearns Goodwin Worksheet, which includes fill-in-the-blank notes from John’s teaching. You can download the worksheet by visiting MaxwellPodcast.com/Goodwin and clicking “Download the Bonus Resource.” References: A Team of Rivals by Doris Kearns Goodwin Change Your World by John C. Maxwell ChangeYourWorld.com The John Maxwell Online Store 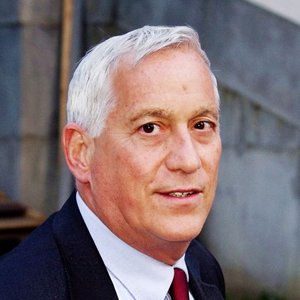 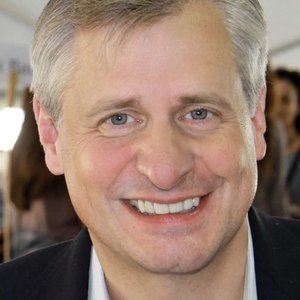 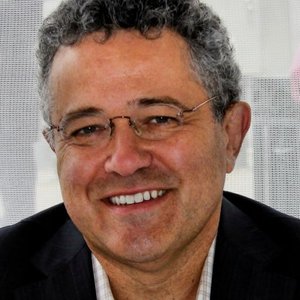 Author and historian Doris Kearns Goodwin appeared on Booknotes in 1994 to talk to Brian Lamb about her book, "No Ordinary Time," about the White House scene during FDR's presidency, and the intimate circle of friends surrounding Franklin and Eleanor Roosevelt during that period. This is a brief selection from that interview.    Learn more about your ad choices. Visit megaphone.fm/adchoices

On this episode of The Interview, Hugh replays an interview he conducted with American biographer and historian Doris Kearns Goodwin from 2013 where they discuss her book "The Bully Pulpit: Theodore Roosevelt, William Howard Taft, and the Golden Age of Journalism."  Doris Kearns Goodwin’s The Bully Pulpit is a dynamic history of the first decade of the Progressive era, that tumultuous time when the nation was coming unseamed and reform was in the air. The story is told through the intense friendship of Theodore Roosevelt and William Howard Taft—a close relationship that strengthens both men before it ruptures in 1912, when they engage in a brutal fight for the presidential nomination that divides their wives, their children, and their closest friends, while crippling the progressive wing of the Republican Party, causing Democrat Woodrow Wilson to be elected, and changing the country’s history.See omnystudio.com/listener for privacy information.

Happy Presidents Day.  Now, if you're old enough, as I am, you may remember that this day was traditionally celebrated as Lincoln's birthday.  It was transformed into President's Day in 1971, as part of the move toward more Monday holidays. In 2005, noted presidential historian Doris Kearns Goodwin, whose best selling books included volumes about Lyndon Johnson and John F Kennedy, took on a new subject: Abraham Lincoln.  Struck by the political acumen displayed by this simple country lawyer, Goodman titled her book  Team of Rivals.

Historian Doris Kearns Goodwin found she had a knack for storytelling as a child, recounting baseball games inning-by-inning for her father when he’d return home from work. The Pulitzer Prize-winning author has since harnessed that skill into chronicling the lives and leadership styles of American presidents at moments of national crisis, most recently with her 2018 book Leadership in Turbulent Times. Doris joined David to talk about the episodes of history that have led us to the present day, the fight for the soul of the Republican Party, and the historic inauguration of President Joe Biden. To learn more about how CNN protects listener privacy, visit cnn.com/privacy

Pulitzer Prize-winning historian Doris Kearns Goodwin talks about her book, Team of Rivals, which chronicles the sometimes fraught relationship between Abraham Lincoln and his cabinet members. The book was the basis for the 2012 movie, Lincoln, which was nominated for 12 Academy Awards. Goodwin talks about the lessons we can learn from Lincoln, who was the rare president who asked his main rivals to be a part of his cabinet, and what it was like to spend so much time researching such an iconic person. Don’t forget to subscribe, and visit the Dialogue website for more conversations that matter!  Originally Aired: 12/07/2006 The interview is part of Dialogue’s series, "Conversations from the Sun Valley Writers' Conference," and was taped at the 2006 conference. Since 1995, the conference has been bringing together some of the world’s most well-known and illuminating authors to discuss literature and life. This was the second year Marcia Franklin interviewed speakers there.

On Tuesday evening, noted presidential historian and best-selling author Doris Kearns Goodwin will deliver the 25th annual Governor’s Lecture in the Humanities. Because of the pandemic, she’ll speak virtually from her home in Massachusetts, with her comments shaped around her recent book, “Leadershi...