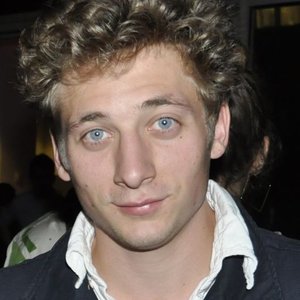 “On the Limb” with Natures Voice Game Calls Podcast

Join us as we talk with owner of Appalachian Trophy TV as well as Whitetail Properties agent Jeremy Allen as he talks about his journey in the Outdoor/Hunting TV industry, success as a Real Estate/Land Agent for Whitetail Properties with 18.3 million dollars in property sales which was over 13,000 acres and his recent award with Carbon TV for best in Conservation and Education presented by the Mule Deer Foundation.Made possible by: Apparition Scents, AMG Network Hosting LLC, Backwater Truck Supply, Top Down Construction, Carte's Towing/Timco Auto Transport and Ghost 802 Outdoors....

The Value of Branding- An Interview with Jeremy Allen

Who Is Jeremy Allen?Jeremy Allen is a great friend of mine who runs No BS Branding. Jeremy has 22 years of experience as a designer working in various industries including publishing, advertising, internal marketing, and design. He uses his expertise to work with small businesses through a simple and straightforward process to improve their brand and elevate their design so that they can make their businesses run better. Quotations“Each block builds upon the others so that the decision-making process gets faster, easier, and clearer so that I don't have to show you five different versions and allow you to be the decision maker—because what I've done in the beginning stages set the foundation so that you don't have to make the hard decisions.”“Ultimately, I give you the ability to take everything out of your brain, put it down on paper…where it's there for you to look at for you to reference or for anybody you interact with.”Branding is such a huge part of being a successful Realtor. Are you the agent who is known for leaving no stone unturned when helping a buyer find the right property? Maybe you're the fun one who makes the whole process less stressful. Listen in to find out what Jeremy has to say about the importance of branding in your real estate business.Find out the following and more: Why it is important to have branding and not just a logoHow to discover what you have to offer.What your brand is saying when you're not in the roomWhy Realtors should hire someone to do their brandingResourcesTotal Life FreedomStart with Why: How Great Leaders Inspire Everyone to Take Action by Simon SinekJeremy Allen’s WebsiteContact Jeremy AllenJeremy's Facebook profile 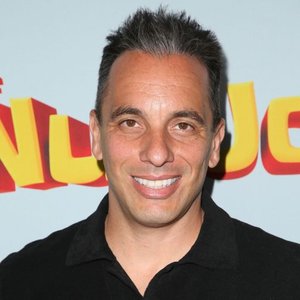 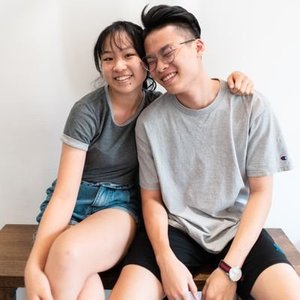 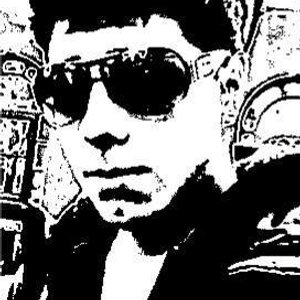 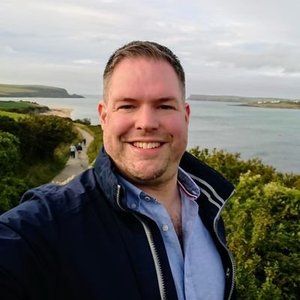 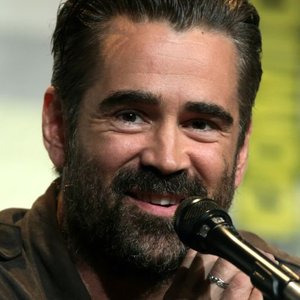 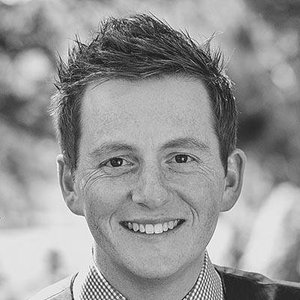 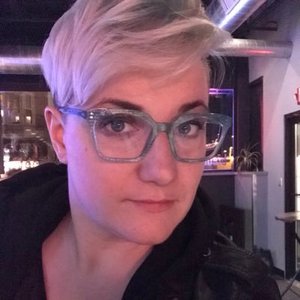 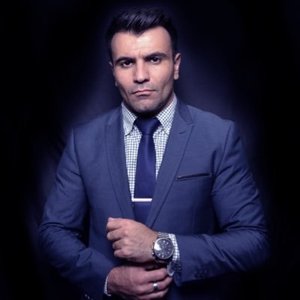 9:09 | What a whooping. Pierre Poilievre is the new leader of Canada's Conservatives, blowing the rest of the field out of the water with nearly 70% of the vote from party members. But will he secure enough support from the general public to become Prime Minister? How will his message evolve? Plus, the Prime Minister announces he'll seek a fourth term. How likely is another Trudeau win, especially in light of Poilievre's "arrival"? Emmy Award-winning talk host Charles Adler shares his thoughts. 42:07 | When we promise you REAL Talk, we mean it. Our team booked death educator Jeremy Allen several days ago to discuss grief and loss in light of last week's horrific tragedy in Saskatchewan. Over the weekend, Jeremy and his family said goodbye to their bulldog Bryan. This interview starts very personal, and widens out from there. Grab a tissue or two and allow yourself to really get into it. CHECK OUT DEATH ED: https://www.deathed.ca/ 1:15:09 | A sand artist named Claire Eason is the subject of this week's Positive Reflections presented by Kuby Energy. Claire's 65-foot tribute to Queen Elizabeth II on Bamburgh Beach caught the attention of people around the world, including Real Talker Mikaela, who shared the story with us. We love hearing what's inspired or encouraged you through the week!  SUBMIT YOUR POSITIVE REFLECTION: talk@ryanjespersen.com  GET YOUR FREE SOLAR QUOTE TODAY:  https://kubyenergy.ca/ WEBSITE: https://ryanjespersen.com/TWITTER: https://twitter.com/RealTalkRJINSTAGRAM: https://www.instagram.com/RealTalkRJ/TIKTOK: https://www.tiktok.com/@realtalkrj The views and opinions expressed in this show are those of the host and guests and do not necessarily reflect the position of Relay Communications Group Inc. or any affiliates.

John Heilemann goes all-in on The Bear — the FX series set in the fictional sandwich shop The Original Beef of Chicagoland that came out of nowhere (Yes, chef) to become the breakout show of the summer (Heard, chef), the source of a jillion Internet memes (Hands!), and a full-blown cultural phenomenon (all day) — with its star, Jeremy Allen White, and creator, Chris Storer. White and Storer discuss the show's surprising runaway success; their passion for and commitment to creating the first scripted series ever to capture the realities of the world of restaurant kitchens accurately and authentically; their many, varied, and unlikely inspirations for The Bear, from The Panic in Needle Park to Terms of Endearment, Taxi, and Rounders; and how the rapturous reception of the show has changed both of their lives almost overnight. White, heretofore best known for his 11 seasons and 10 years playing Lip Gallagher (a gifted kid from a dysfunctional working-class Chicago family) in the signature Showtime series Shameless, reflects on his wariness about taking on the superficially similar character Carmen Berzatto in The Bear, and his approach to the seven-minute, show-stopping soliloquy in the show's finale that could make him a mortal lock for an Emmy Award next year — while Storer teases some elements of Season Two of The Bear that the show's legions of newly minted, hyper-obsessive super-fans (including Heilemann) are sure to find deliciously tantalizing. Hosted on Acast. See acast.com/privacy for more information.

The Bear has been hailed as one of 2022's best TV shows, and it's finally coming to Australia. Today on The Drop, culture reporter for The Sydney Morning Herald Thomas Mitchell helps break down what makes the show so compelling. This episode also features an interview the show's star, Shameless' Jeremy Allen White, about making a hit new show and becoming this year's breakout star. The Drop is a weekly show tackling the latest in the world of pop culture and entertainment. Join host Osman Faruqi and the Sydney Morning Herald and The Age's team of culture writers and critics along with interviews with musicians, actors, film makers and everyone involved in the world of culture.See omnystudio.com/listener for privacy information.

You Should Run Jeremy Allen Moss

Michigan State Senator Jeremy Allen Moss joins the You Should Run Podcast to talk all things Michigan. In this episode, Senator Moss talks about what motivated him to run for office in the first place and why it was important to him to see more young voices in politics. Senator Moss talks about the current divisions in politics and the challenges of governing with the people who you are trying to defeat in elections. He also discusses what makes the Michigan Democratic Party successful, standing up to extremism, and why YOU should run for office. Listen, share, subscribe and follow at @JeremyAllenMoss on Twitter

Jeremy Allen White joins us to discuss his new show 'The Bear' on FX and Hulu.

Spotlight on Jeremy Allen White, Red Rocket and The Contractor

This week on the podcast I'm talking about the career of actor Jeremy Allen White from Shamless and The Bear and The Movies Red Rocket from writer-director Sean Baker and the Thriller The Contractor starring Chris Pine.

Jeremy Allen (Death Ed) is a funeral director and embalmer in Provost Alberta, husband, father and works to normalize the conversation around grief and loss. Jeremy works alongside individuals, professionals and communities to enter into the loss and help navigate the grief process. He chats with the Unpacked team about the winding road to becoming a funeral director and how he has learned to care for himself in the heavy stories he carries. Jeremy started the platform Death Ed to educate and share how it is possible to remove the fear from grief and loss without eliminating emotion in adults and children.  Unpacked is a podcast exploring life as messy people. It’s conversations with counsellors, leaders, storytellers discussing the experiences of being human. We talk about the strength that comes from big messy failures and vulnerable moments so we can learn to live more authentically. Subscribe and leave us a review!Links-Death Ed Website -Follow @deathed.ca on instagram

Marketing strategy sessionThis week it's my first hot seat episode! The hot seat is when I offer a small business the opportunity to be on the podcast, go through their biggest branding or marketing challenge and I coach them live on the air. This week, in the hot seat, is my friend Jeremy Allen of No B.S. Branding. I was surprised that Jeremy asked to be on the show; he's actually helping me work on my graphic identity. In this episode, we talk through his challenge of being the cobbler with no shoes when it comes to branding and how to create awareness for his new business.We cover:brand strategyPinterest marketingGoogle Business ProfilesworkshopsnichesJoin the Start Marketing community for your chance to be in the hot seat. Music: Tuesday by Sascha Ende, Music.io