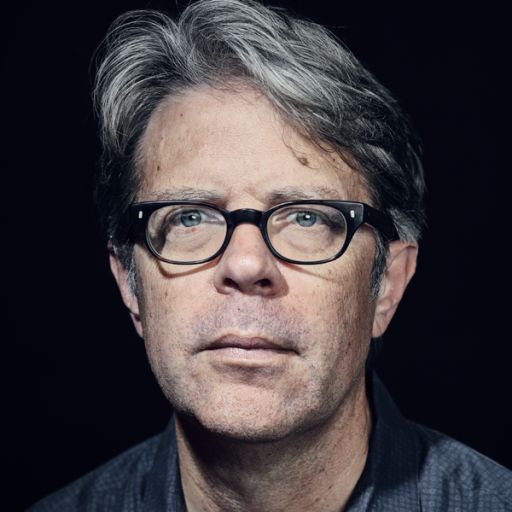 Jonathan Franzen Is In Love. With Birds.

Acclaimed author and essayist Jonathan Franzen on his love of birding, the deeper meanings of beauty, and caring for habitats and wildlife in the teeth of the iron logic of climate change. For more information, please visit: https://njaudubon.org

It's time for another mini-episode, and this time we're tackling an author we think is overrated. Jonathan Franzen has received heaps of praise, prestigious awards, and plenty of backlash from women who aren't feeling the current de facto leader of the "Dude Writers." We compare Jenny Fields to Patty from "Freedom" and discuss why we'll take a pill-popping Jack Kerouac over bird-watching Franzen. But it wouldn't be a Mid Lit episode if we didn't explore some wild tangents. So please tune in to learn why we might be buying Jonathan Franzen's next book despite having no desire to actually read it (hint: it has to do with Colin McEnroe and neti pots) and how we end up talking about Kurt Vonnegut, Jennifer Weiner, Joyce Carol Oates, and a tiny restaurant on the cape called Jack's Outback where all the literati and Jim Chapdelaine used to go to be abused by the staff. --- This episode is sponsored by · Anchor: The easiest way to make a podcast. https://anchor.fm/appSupport this podcast: https://anchor.fm/midlit/support 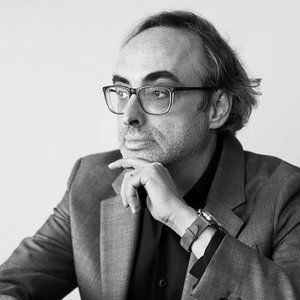 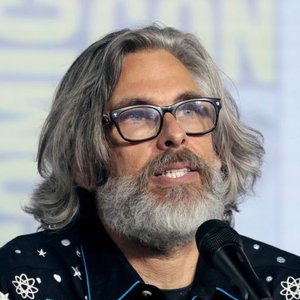 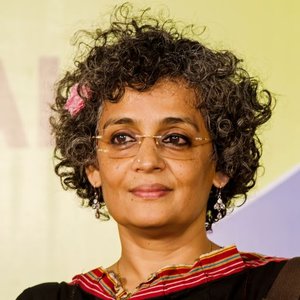 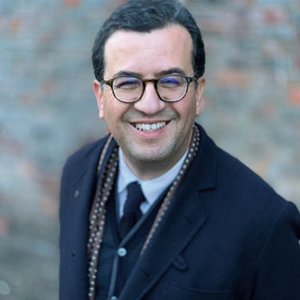 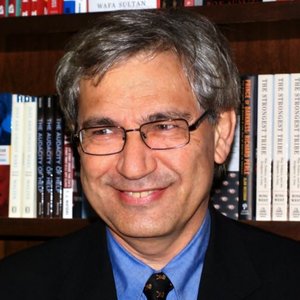 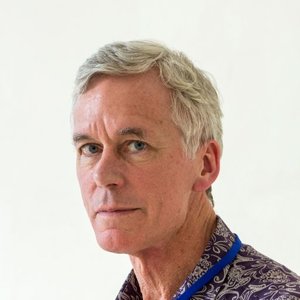 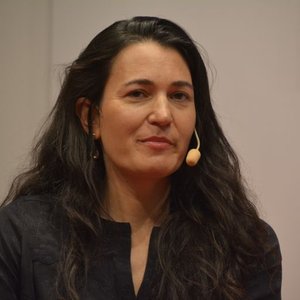 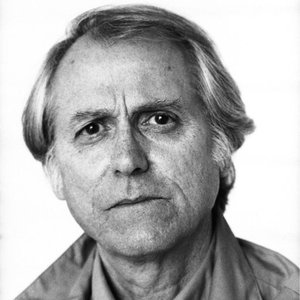 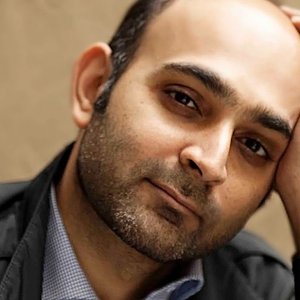 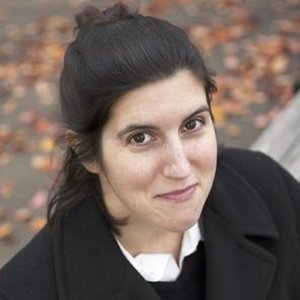 Jonathan Franzen – What if we stopped pretending?

Planet A - Talks on climate change

In this 4th episode of the 2nd season of Planet A, Dan Jørgensen talks with the American writer Jonathan Franzen. Franzen is the author of numerous short stories and essays, but is most widely known for his novels “The Corrections”, “Freedom” and “Purity”. Furthermore, he has been a contributor to “The New Yorker” Magazine since 1994 and written seminal essays on climate change and environmentalism.During the interview, Franzen talks about his essay “What if We Stopped Pretending?” that sparked controversy due to its argument that humanity may no longer be able to stop climate change. The essay attracted vocal criticism and Franzen was accused of being a climate denier.Franzen also explains how he first got interested in environmental conservation and what his love for birds has meant for his approach to life. He expands on his views described in another essay; “Has climate change made it harder for people to care about conservation?” explaining how concerns about climate change can overshadow other environmental issues.Furthermore, the discussion explores the narratives that surround climate change. Franzen argues that climate action should be motivated by a moral imperative, love for nature and the hope of a better future – not by fear mongering.During the interview Franzen mentions Jem Bendell, a British professor of sustainability leadership and founder of the Institute for Leadership and Sustainability (IFLAS) at the University of Cumbria. He is founder of the Deep Adaptation Forum to support responses to hypothetical societal disruption from the perceived dangers of climate change - also called climate anxiety in more popular terms.Franzen’s upcoming novel “Crossroads” will be published in October 2021 as the first installment in a trilogy entitled  “A Key to All Mythologies?”

It’s Lawrence’s own Group of Three as newly elected Precinct Committeeperson Will Averill, recently re-elected Lawrence Comedy Mayor Chris Nelson, and Lawrence City Commissioner and Deuce superfan Courtney Shipley take a break from our deep state machinations to talk about the local election briefly but mostly as an excuse for valuable elder planning advice. Notes: Will won his election! Good Deed Advice! The Voice in My Head is a Prison Lawyer! Will’s is Coming Up with Nefarious Schemes! Courtney’s Husband’s Virtual Assistant is a Hoochie! Nelson’s Relationship with Siri is Verging on a Bukowski Poem! We’re Rising Stars! The City Commission is Tape Delayed In Case They Start Talking About Butts! Breaking News: Ghost Controversy! Courtney Buffs the Fence! Watch us do a live 250th episode on zoom Saturday night, August 22nd! FB event and pertinent info coming soon! Contact Us! Follow Us! Love Us! Email: doubledeucepod@gmail.com Twitter: @doubledeucepod Facebook: www.facebook.com/DoubleDeucePod/ Also, please subscribe/rate/review/share us! We’re on iTunes, Android, Libsyn, Stitcher, Google, Spotify, Radio.com, RadioPublic, pretty much anywhere they got podcasts, you can find the Deuce! Podcast logo art by Jason Keezer! Find his art online at Keezograms! Intro &amp; Outro featuring Rob Schulte! Check out his pods at Pink Jeans! Brought to you in part by sponsorship from Courtney Shipley and listeners like you! Go get some food, drinks, and have a good time at Conroy’s Pub in Lawrence, Kansas, the live home of the Deuce! (Pandemic update: currently offering curbside food pickup!) Do you like comics? Check out the Chop Shop Podcast where Nelson is sometimes a guest and go buy some comics at Chops Comics in Lawrence, Kansas! (Pandemic update: currently reopened with safety precautions, also offering curbside and shipping!)

Jonathan Franzen on his selection: Vasily Grossman's towering achievement, Life and Fate, is a product of his unique access to every aspect of the Soviet society during the Second World War. Though he would soon fall out of favor with Stalin and would fare no better under Krushchev, he was a valued member of the Soviet intelligentsia, survived the purges of 1937, (he had friends and family who didn't), and was the country's leading war reporter. He published the first authoritative, eyewitness accounts of the Nazi death camps—his imagined account of his mother's last days in a Ukrainian Jewish ghetto, an early chapter in Life and Fate, is a cornerstone of the literature of the Shoah—and he had an unparalleled grasp of Soviet military life; the novel is necessary reading for its Stalingrad battle scenes alone. The chapter I've selected to read, which consists mostly of the writing of a religious kook imprisoned by the Nazis, is probably the least representative chapter, but it's arguably the most central. It feels spoken to me directly by an author caught between the great evil of Hitler and the slightly less great evil of Stalin and struggling to find something in humanity worth believing in. Life and Fate at Indiebound

On last year’s Heartland the world renowned American novelist Jonathan Franzen met with Danish journalist and editor Martin Krasnik in front of a live audience in the festival’s Talks tent. In the conversation you are about to hear, Franzen attempts to answer and discuss the question of whether or not literature can survive technology. The conversation contains everything from Franzen’s passion for birds to climate change and how all of this is connected to the way we use and consume technology. Jonathan Franzen got his international breakthrough in 2001 with the novel The Corrections, for which he received the prestigious National Book Award. The book was translated into 35 languages and became an international bestseller. In 2010 he published Freedom which became an instant bestseller and prompted TIME Magazine to describe Franzen as The Great American novelist.