24 of The Best Podcast Episodes for Taryn Williams. A collection of podcasts episodes with or about Taryn Williams, often where they are interviewed.

24 of The Best Podcast Episodes for Taryn Williams. A collection of podcasts episodes with or about Taryn Williams, often where they are interviewed.

Taryn Williams, CEO, The Right Fit talks finding talent and the importance of diversity in marketing.

Whether you’re looking for a photographer to take the perfect shot, or an influencer to reach the masses – finding the right talent is not easy. Host Marie El Daghl speaks with Taryn Williams about visual storytelling, finding the best creatives, and the importance of inclusivity.

Taryn Williams is the founder and CEO of theright.fit – an online marketplace helping professionals find the right talent for advertising and marketing.

Share your feedback or guest suggestions via email: commicalpodcast@gmail.com

Connect with Marie El Daghl on LinkedIn or Instagram for communication news, views and tips.

Play
Read more
DOWNLOAD the Show Notes: https://bit.ly/3e7xabT
On this episode of Digital Mountaineers, host George Mackenzie speaks with Taryn Williams CEO & Founder of theright.fit. and WINK models.About the guest: Taryn has proven herself as one of Australia’s most prolific entrepreneurs in the tech startup and media industry. As well as being a digital influencer, Taryn works with a number of global brands as an ambassador, appears extensively in the media and is a speaker of choice for leading industry conferences.
About the host: George Mackenzie is a Digital Marketing Strategist who has worked with brands like Little Caesars, Airtasker, Inspirations Paints & Taylors Wines. He is the producer of Digital Mountaineers and an avid lover of podcasting, audio & film tech and heavy metal music.
Time stamps:1:28 - COVID-19 check in3:05 - What is theright.fit?5:28 - Becoming your own competitor, cannibalising your own business8:02 - Launching a 2-sided marketplace11:20 - Challenges in balancing supply and demand in a 2-sided marketplace16:00 - Importance of community building19:27 - How to create content for your audience to build trust22:00 - User experience on theright.fit23:30 - Broader industry changes in influencer campaigns25:50 - Tips on how to best work with influencers29:17 - How theright.fit differentiates in the market33:25 - Challenges with Tik Tok in 2020 for digital marketers37:09 - Advice for brands looking to create more influencer content40:02 - Advice for those looking to start a 2-sided marketplace43:00 - Taryn’s thoughts on where the gig economy is heading45:45 - What’s next for theright.fit?
What is Digital Mountaineers?
Every week host George Mackenzie speaks with entrepreneurs, agency owners and the best minds in digital marketing from around the world about their first hand experiences using digital to grow their businesses and personal brands.
Digital Mountaineers is powered by Uplers, one of the largest, globally recognised outsourcing agencies in the industry, empowering businesses across the globe to build a better digital ecosystem. With over 7 years of experience, a team of over 500 marketers and developers, and 7000+ global clients, we have helped various companies achieve their goals, scale their operations, and provide their business with an edge over the others in the market.
Follow Uplers on Social:
FACEBOOK: https://www.facebook.com/weareuplersTWITTER: https://twitter.com/weareuplersLINKEDIN: https://www.linkedin.com/company/weareuplers/INSTAGRAM: https://www.instagram.com/weareuplers/
https://uplers.com/ 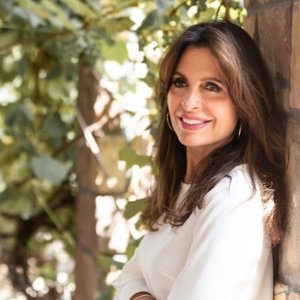 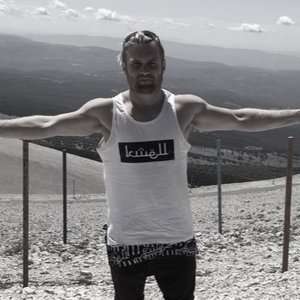 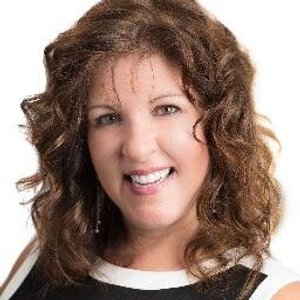 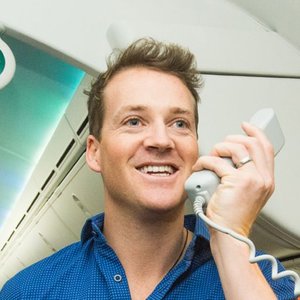 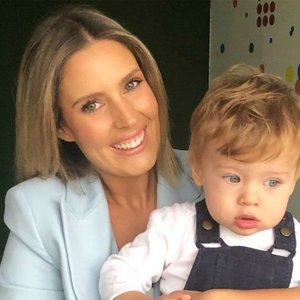 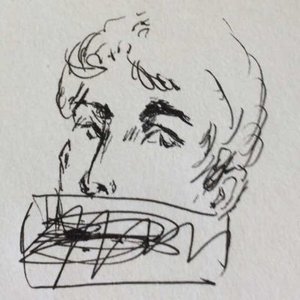 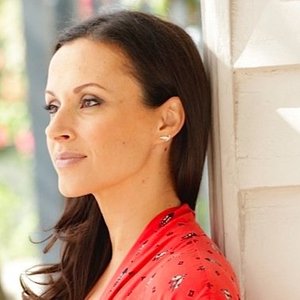 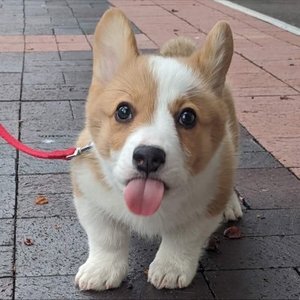 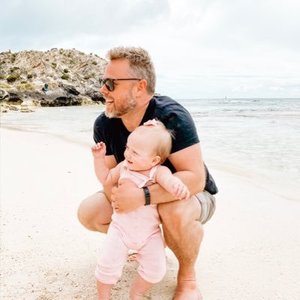 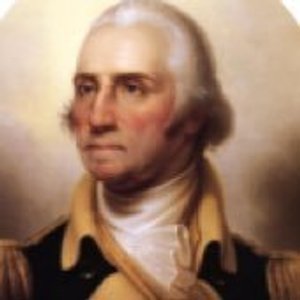 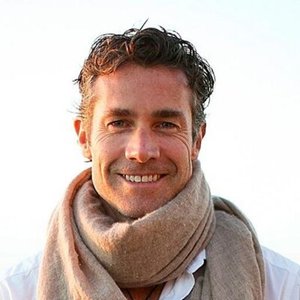 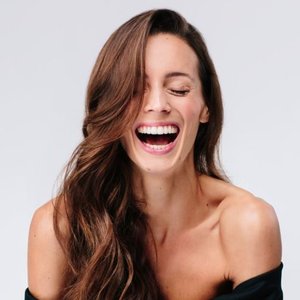 This is Episode 3 and our first episode for the year 2020.

And I don’t think there is a better way to kick it off than with Taryn Williams, one of Australia’s most popular female entrepreneurs and digital influencers.

Taryn is the epitome of ‘influence and personal branding done right’.

She is a long standing client and supporter of The PR Hub, and someone I consider myself very fortunate to call a friend.

At the age of fifteen, Taryn was scouted by a modelling agency, and began working on international assignments for the likes of Qantas, Virgin and other global brands.

While modelling, she developed an interest in entrepreneurship, which inspired her to start her first business, Wink Models, in 2007, at the age of 21, with $30,000 of her own savings.

In 2016 Taryn launched her second business, theright.fit, a two-sided marketplace connecting brands with creative talent and influencers. Not long after she successfully negotiated a significant investment round led by Airtree Ventures.

Taryn is an in demand keynote speaker and as an ambassador and influencer she has worked with global brands including Max Factor, La Prairie, Lamborghini, Nancy Ganz, Franck Provost and the Art Series Hotel Group.

She has received numerous awards including the 2018 Mumbrella Award for Innovation and B&T Women in Media - leader in tech.

It has been a pleasure and an inspiration to watch Taryn build these two businesses from the ground up, and in this episode she reveals how they each required a completely different approach, from the DIY ethos of WINK to raising upfront capital for a high-growth tech startup. We also talk about how Taryn manages her own personal brand in relation to her businesses own identities, and why you should behave like you’re in ‘permanent beta’

Leave feedback or get in touch here:

In this episode we hear from Taryn Williams. Taryn is the founder of theright.fit a digital marketplace that directly connects creative talent with clients, without the need for a traditional agency. It's a community of influencers, bloggers, models, actors, photographers, makeup artists, fashion stylists, and more, all in one place, which makes booking talent simple, quick and seamless.

Taryn, shares some great insights into the building of theright.fit along with her journey as an entrepreneur.

Founders on Air is podcast for founders by founders. Steve Orenstein (Founder & CEO at Zoom2u https://www.zoom2u.com.au/) and Mike Rosenbaum (Founder & CEO https://www.spacer.com.au) interview founders about their story as an entrepreneur. Our aim is to provide you with real & actionable takeaways from each episode to experiment with in your own startup or business.

Play
Read more
Welcome to Clickbait, a podcast that takes complicated internet information and condenses it down to easily digestible dialogue for the everyday Aussie.
Listen, we know you care about technology. If you’re anything like the average Australian, you spend roughly $2,400 a year of your tech devices. And once you have them in your hands, you’ll spend about 7 hours a day swiping, and liking, and trolling, and reading, and watching, and… you get the point!
The moral of the complicated story is: You use it. But how much do you really know about it?
Join our host Sean Szeps and a new guest each week as we navigate our way through the exciting and often bizarre world of Social and Digital Media.

Founder of Wink Models and theright.fit, Taryn Williams is an A-grade disrupter. She started her modelling agency Wink Models at age 21, and has now taken on the tech world with her platform theright.fit – connecting brands with creative talent. Taryn is one of Australia’s most celebrated tech entrepreneurs with more awards than you could poke a stick at, including the 2017 B&T Women in Media tech leader and the 2018 Mumbrella Award for innovation for theright.fit.

In this episode of the Human Potential Podcast our host, Oliver Freer, talks with Taryn Williams the former model turned entrepreneur and digital disrupter on what it takes to run two successful businesses concurrently.

Taryn Williams is the CEO and founder of theright.fit and Wink Models.

Taryn is one of Australia’s most popular female entrepreneurs and digital influencers. She was awarded the 2017 B&T Women in Media tech leader award and she was recognised for her high quality, innovative work with theright.fit winning the 2018 Mumbrella Award for Innovation.

Taryn Williams is a speaker of choice for the Commonwealth Bank, Hootsuite, ADMA Global Forum,  QUT, Myriad, Mumbrella and Vivid Sydney. As a digital influencer she has worked with Max Factor, Samsonite, Nature's Way, Franck Provost and the Art Series Hotel Group to name a few.

With both of her businesses, theright.fit and WINK Models, Taryn has proven herself to be a game changer and digital disrupter.

A former model, Taryn launched Wink Models in 2007 at the age of 21 and it has since cemented its place as one of Australia’s leading commercial modelling agencies with turnover in the millions.

In 2016 she launched her second business, theright.fit, a two-sided marketplace connecting brands with creative talent and influencers. Soon after launch she successfully negotiated investment (over $1million) with Airtree Ventures, along with other strategic partners and funds. The platform has over 6,500 talent and has worked with brands like Veuve Cliquot, Toyota, Johnnie Walker, LG, AAMI Insurance, Westpac, Menulog, General Pants and Louis Vuitton Moët Hennessy.

What Matters - Success and work-life balance - by Daniel Petrie

Influencers - How to find the right fit | Taryn Williams

On this episode of Unstoppable, get the low down on influencer marketing from someone who’s been in the business for over a decade. Founder of influencer agency The Right Fit, and modelling agency WINK Models, Taryn Williams is not only an expert in influencer marketing, she also has a brilliant business mind. Timestamps 9:55 The importance of investing in culture and how to do this from outside the office 19:07 The influencer low down - who they are, and how to get the most impact 29:52 What you need to know before developing your influencer strategy 35:12 How to run 2 successful businesses 47:08 Recruitment lessons in hiring and how to identify high performers

In episode ten of The Modern Women, Natalie Drenovac sits down Taryn Williams, one of Australia's most popular female entrepreneurs and digital influencers.

If you want to join our Facebook community of incredible women: https://goo.gl/aXcX7P

With thanks to Taryn Williams - @tarynwilliams

24 Eps
The Make It Happen Show

13. Taryn Williams, Founder and CEO at theright.fit // How A Former Model Became One Of Australia’s Most-Awarded Entrepreneurs

A former model, Taryn is one of Australia’s most popular award-winning entrepreneurs and digital influencers. She has pressed the disrupt button not once, but twice in the creative, fashion and talent industries with her businesses theright.fit and WINK Models, and in 2018 she was awarded the Mumbrella Award for Innovation. In this episode, Taryn traces her journey from model to business owner and tech innovator - let’s get into it.