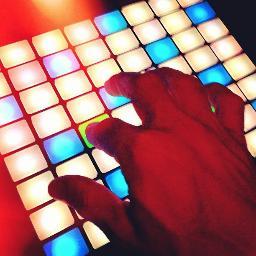 At The End Of The Day Ep. 4 with Nick Nack Pattiwhack

At the end of the day, we all knew it was going to happen. AD hosts his new weekly podcast on No Jumper. Go Follow Nick Nack Pattiwhackhttps://www.instagram.com/nicknpattiw...Want to Donate to Support the Stream?https://streamelements.com/thecomeuph...FOLLOW ADhttps://instagram.com/iitsad https://twitter.com/iitsadFOLLOW Yassyhttps://instagram.com/yassytv----No Jumper News Discord: https://discord.gg/ajntTVYFOLLOW US ON SNAPCHAT FOR THE LATEST NEWS &amp; UPDATEShttps://www.snapchat.com/discover/No_...FOLLOW OUR NEW SPOTIFY PLAYLIST! https://open.spotify.com/playlist/529...CHECK OUT OUR ONLINE STORE!!! http://www.nojumper.com/Follow us on Soundcloud: https://soundcloud.com/nojumperiTunes: https://itunes.apple.com/us/podcast/n...Follow us on Social Media:https://www.snapchat.com/discover/No_...http://www.twitter.com/nojumper http://www.instagram.com/nojumper https://www.facebook.com/No-Jumper-19...http://www.reddit.com/r/nojumper

RADIO ROCKSTAR, DJ, &amp; I.E LEGEND... NICK NACK | DA PARTY CAVE EP.61 Welcome to Episode 61!! From being on 991.KGGI, to DJ all across the USA, to becoming an I.E Legend, it's Nick Nack! For more, tune in on.... Da Party Cave, with your host, Q Da Hypeman! LISTEN ON... ITUNES: https://podcasts.apple.com/us/podcast/da-party-cave/id1465734331 SPOTIFY: https://open.spotify.com/show/3j32f5B50GAMAyhfWuscao ANCHOR: https://anchor.fm/dapartycave ADD US ON... INSTAGRAM: https://www.instagram.com/dapartycave TWITTER: https://www.twitter.com/dapartycave FACEBOOK: https://www.facebook.com/dapartycave **COMMENT, LIKE, SUBSCRIBE AND GIVE US 5 STARS FOR THAT ASS... MATHAAA FAKAAAAAAAAAAASS!!** 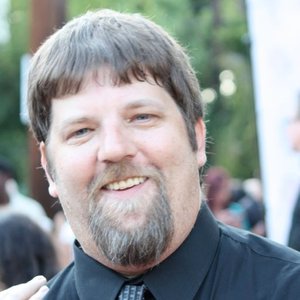 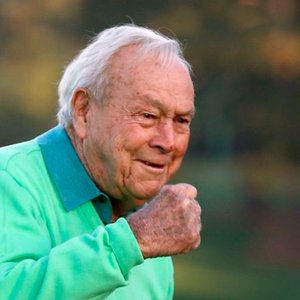 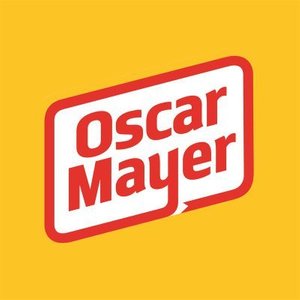 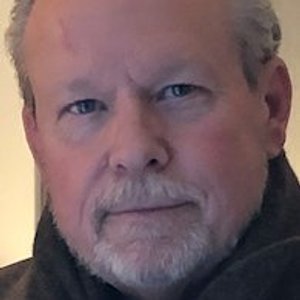 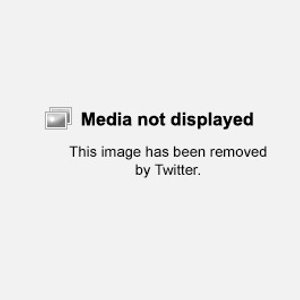 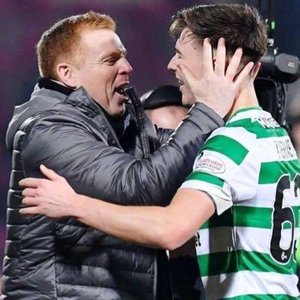 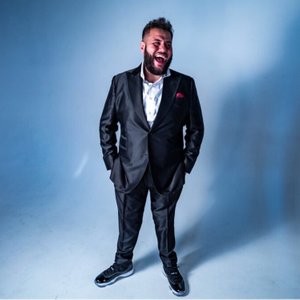 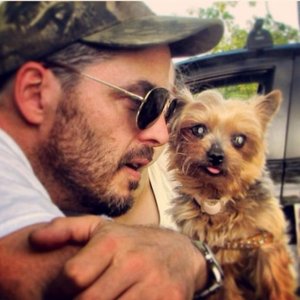 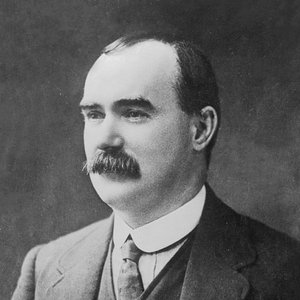 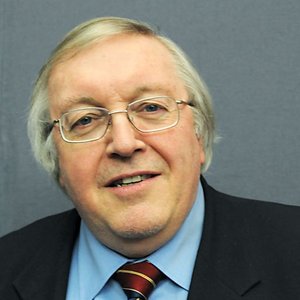 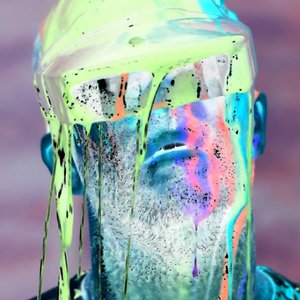 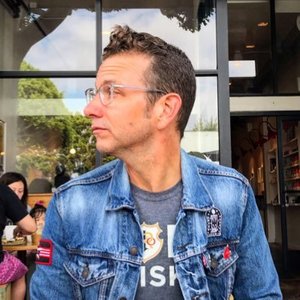 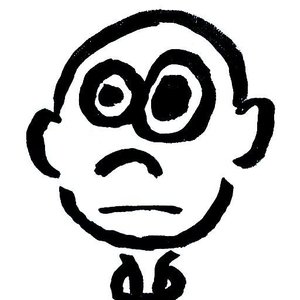 It's Our First Ever Nick Nack Emmy Nomination Party!!!

Nick Nack Goes To The Movies

In this episode of Nick Nack Goes To The Movies, I sift through all of the 72nd Emmy award nominees and break things down, or really I just talk about how great Watchmen was and is.  Be prepared for a slew of diverging topics and tangents as both my random movie and TV show knowledge and endless supply of fun facts are on full display in a way that would make IMDb blush.  Some spoilers ahead, but then again, so is a radical time.  So sit back and relax with some buttered popcorn, Cookie Dough Bites, and a Coke ICEE.  Let's really remember that movie theater setting as we take this journey together as we delve into this podcast.  Or do what I do and go on a 6 mile walk or whatever.Most of these shows are available to stream on HBO Max and Netflix so you better get cracking to catch up by September 20th at 8pm!Follow along on Twitter: @NickNackMovies

This week, Jumbled takes a step back to let another podcast catch some of the shine! Greg Burlet and Anthony Keelan present Nick Nack Nerd! We hope you enjoy! Please head over and give them a look over and subscribe to catch what they have coming next! patreon.com/nicknacknerd patreon.com/jumbled As always, please remember to RATE, REVIEW, SUBSCRIBE, &amp; SHARE the Jumbled podcast! Intro/outro music: I dunno by grapes (c) copyright 2008 Licensed under a Creative Commons Attribution (3.0) license. http://dig.ccmixter.org/files/grapes/16626 Ft: J Lang, Morusque

Ep 42 - The nick nack paddy something or other

Maybe I've Said Too Much

We talk about things! And we love our sponsors! After you listen you'll understand how hard a description for this episode was to type... and as always - sorry.On the web at: maybeivesaidtoomuch.com/Joel: www.missingdigitwoodshop.comIzzy: www.izzyswan.comMike: ;)

This week Joe and Harper are without Paul as he goes remote and joins the Paddy Roberts press conference. So the prodigal son and the Mayor of Everywhere, Mr Jason Higgins joins the lads to discuss the Champions League, St Johnstone, Paddy Roberts and a superb giveaway for live listeners only. Sure it's only the HomeBhoys. Apart from the rest, doing it best. Hail Hail!!

Original Air Date:  March 10th, 2012Synopsis:  A man's encounter with a stray crow, an announcer on stage having to make last minute, on the spot inoffensive adjustments to the title for sensibilities.  These and more comprise this variety show eaturing the autistic kids of ANCA's former Saturday Group.  Front and center, choreographed by Tim Pylypiuk.Rated:  Public for all audiencesSkits Written By:  Tim PylypiukStarring:  The ANCA Saturday Group Children and their supporters and Tim Pylypiuk

DJ Nick Nack has been a fixture as one of the best DJs and producers in the Austin scene for many years. As the founder of Crowd Control Records, he has collaborated with a lot of artists and expanded people’s minds with his music. We talk about: The early days, as a turntablist and battle DJ. His days at KVRX and Hip Hop Mecca. His collaborations with K-Otix, Bavu Blakes, Organized Konfusion, Blaze and more. Gigacrate and Crowd Control Records. His DJ style and production process. Quote of the show: “I could be watching a movie and hear this amazing melody. Be like OH MY GOD! PAUSE. Run downstairs. Turn everything on. And maybe I never finish watching the movie.” – DJ Nick Nack

From vinyl manipulation on the turntables, to current production of jazz infused hiphop tracks, Crowd Control Records CEO, NickNack is a true soundcraftsman. His musical journey began in the late 80's after making the transition from hiphop spectator to participant. Cutting his teeth from the very beginning as a young appreciative turntablist knocking off rivals at Dallas' Sound Wars battles in the mid-nineties, Nick has worked hard to encompass a broad vision of ability, and a verbose sense of instrumentality, to match his already fruitful passion for music.These days you can find Nick performing/touring with the jazz band BLAZE, or hear him rocking dance floors at various downtown clubs. Most recently, Nick has been enjoying the success of his latest full length release, "Improving Silence". The record has garnered him international attention and sales have been phenomenal. His progression as an artist and deejay is quite obvious, but his job is never done. Always in exploration of advancing his full turntablist potentials, and with countless projects on the horizon, Nick has grown into a unique artist, in a constant search of endeavors new and improved. Stay tuned, because this is only the beginning. Quick Mix 27: Memphix "Neighborhood" instMos Def/Talib "Respiration RMX"Electric Company "Respect Life" instPete Rock "Take Your Time"Freddie Kruger "Angler" instMountain Brothers "Paper Chase"Hezekiah "Gypsy Slang" instPUTS "Montego Slay" instC-Mon &amp; Kypski "Ode to Rhoades" instEratik Statik "Keep Rockin" instYNQ/Bobbi Humphrey "Uno Esta" instPoisen Pen "Fallback" instUgly Duckling "Rio de Jeneiro" inst Nick Nack