Scottish Highland Games athlete, stone lifter, and strength coach John Odden joins the Living.Fit Show. Unfortunately, some misguided enthusiasm resulted in chronic back and shoulder injuries that sidelined his athletic career and limited his quality of life well into his 30s. John has a degree in Exercise Science which along with his injury history, have fueled him tto teach others to live an empowered, pain-free, active life.Don't forget to throw us a follow and leave a review! 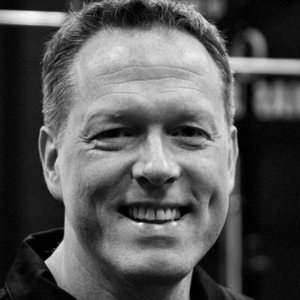 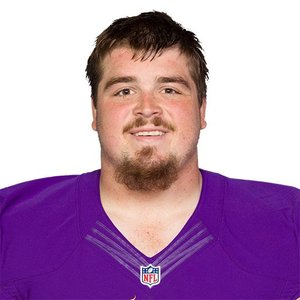 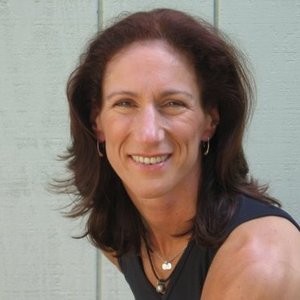 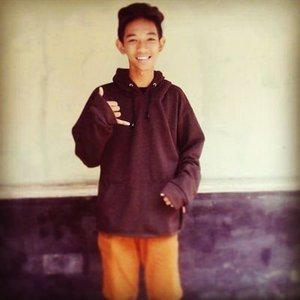 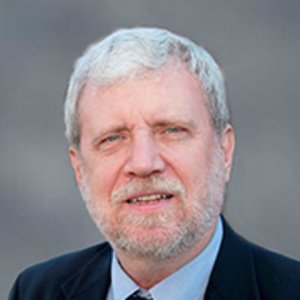 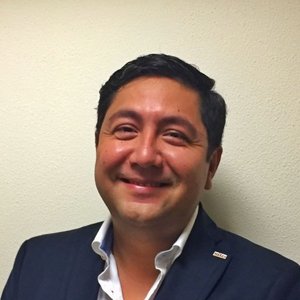 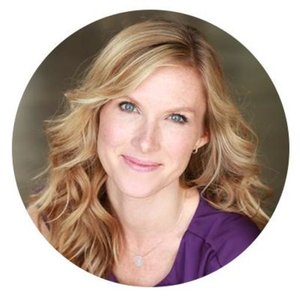 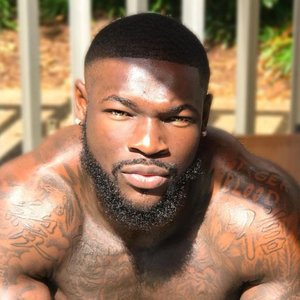 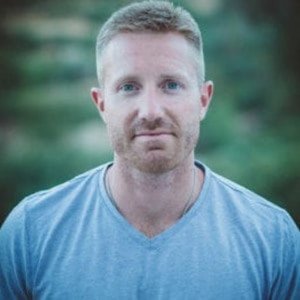 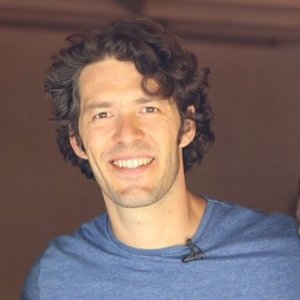 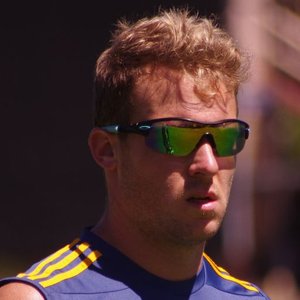 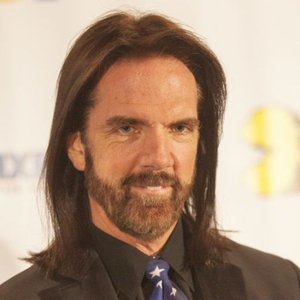 "You empower people by picking up rocks?" with John Odden

Since he was a child John Odden has been fascinated with improving his health, fitness and athleticism. He was a tall, skinny, awkward kid growing up who always lacked confidence, especially in the gym. So after begging his parents to get some home equipment for some time, he got his first set of plastic-covered cement weights from Target at age 12. He’s since gone on to become #1 World Ranked in the Scottish Highland Games and is a kettlebell Beast Tamer and all around strongman. He’s the owner of Empowered Strength and Sanctuary of Strength in Bend OR. In this episode we talk about how being a generalist can serve your business and how lifting heavy things can make you a better entrepreneur. 🖤  The pick of the week: The Start Up Heart Up Podcast &amp; Strategy Summit 🖤  Episode details can be found at: http://shittyideatime.com/26 🖤  Connect with John at: www.empoweredstrength.com 🖤  Additional resources John mentioned: Stoneland Film by Rogue Fitness – This podcast is a Heart Driven Business Academy production. For support &amp; info about starting and growing your small business, visit our website or find us on Instagram @heartdrivenbusinessacademy

Vital Metabolic: The Art and Science of Strength

On today’s episode of Vital Metabolic, hosts James Wheeler and John Parker speak with John Odden from Kettlebell Gains Apparel. They discuss John’s experience competing in the Highland Games, setting multiple world records. John shares information about how he trains, what he tracks (or doesn’t), the importance of understanding your body, and more. Episode Highlights:  8:30 – John lives in Bend, Oregon, with a lot of blue collar folks who he considers “industrial athletes” with physically demanding jobs. 10:20 – John did some winter training prep work for all the outdoor sports in Oregon, and he does a little bit of everything and treats it as time to play rather than treating all activity as formal training. 13:48 – There’s a stigma around lifting weights, but in outdoor sports, building muscle is like building armor that helps to buffer you from breaking a bone in a fall. 16:29 – John asks people to commit to him for just 90 days to try lifting to see the results and how it transforms their experience of their favorite outdoor sports. 19:20 – They recommend a book called What Doesn’t Kill Us by Scott Carney, which talks about the Wim Hof method. 19:53 – Overcoming physical objects like lifting stones creates a lot of resilience. 20:36 – John has been participating in the Highland Games since 2004 and is a world record holder. 21:00 – What inspired John to participate in the Highland Games and what is his training like? 24:42 – As John grew in the sport, he broke through the misconceptions that you had to look a certain way to be able to throw certain numbers. 26:26 – There are different stones used in the event, some about 22-30lbs, open stones weighing about 16-20lbs, two weight throws at 28lbs and 56lbs, and hammer throws at 22lbs and 15lbs, and the weight over bar event. 28:35 – John formerly held the record for the standing shot over bar, and then one of his students broke it. 28:55 – There are weight classes within the sport. 29:51 – The last two events are the sheith toss (a larger medicine ball in burlap thrown with a pitchfork) and the caber toss (a massive telephone pole-like object). 32:16 – Watch the Highland Games documentary episode called Home Game on Netflix.  33:12 – John has not tracked his body fat or food in years. 38:25 – The Dinnie Stones was featured in a documentary about old-time strongmen, and these stones weigh a combined 734lbs.  39:50 – They have ring handles to lift, and today the challenge is less about whether you can lift them at all, but how long you can hold them. 42:18 – John is particularly proud of how he trained for the Dinnie Stones, including getting ring handles to simulate the lift.  44:14 – John feels like he’s made for the battlefield more than the gym, and likes that he looks more athletic than like a giant bodybuilder. 46:25 – It’s important to understand what your physiology, genetics, and natural proclivities are. 47:42 – It can be a challenge to find a balance between maintaining your fitness and deadlift weight while also pushing yourself, without hurting yourself as you age. 48:55 – Successful coaches will still often have their own coaches to tell them whether they should do more or do less. 50:12 – What is “strong enough”? It depends. 51:00 – John has owned his own facility for about 5 years but has been coaching for 20 years. 51:51 – To get started, you need a mentor to learn from someone who knows more about training than you. 53:01 – One of John’s mentors has set the goal to fail three times this week. 53:25 – John called around to about 15 different facilities and asked them what was working for them and what wasn’t before he decided to open his own. 3 Key Points: Understanding your body is more important than looking a certain way or fulfilling certain stereotypes about lifting. People’s bodies are built to excel at different movements, exercises, and skills. Working with a trainer can help you avoid training yourself into injury and pain. Tweetable Quotes:  “So many times, we’re often stuck in our limitations.” –John Parker “I would break down. I thought I was way too small, all those things… I just kept going with it. I just kept building my momentum in the sport and realized that I can break past that, what that looks like to throw xyz distance in any event.” –John Odden “I’m so mindful and I’ve been such a big follower of precision nutrition principles for a long time, and I’ve tracked it for so long that I just know when I’m in the range that I need to be in.” –John Odden “I’m not gonna suffer for my sport. If I didn’t feel as good or better than ever right now, going into competition, I just wouldn’t be doing it anymore.” –John Odden “If you are training yourself into the ground, you will eventually be in the ground.”  “Coaches make the best students.”  “You gotta fail. You gotta fail forward fast.” –John Odden Resources Mentioned:  James: Facebook Instagram Twitter John: Facebook Instagram Twitter Email: questions@vitalmetabolic.com Sponsor: Kettlebell Gains Apparel Sponsor: Great Lakes Giriya Sponsor: Vivo Barefoot What Doesn’t Kill Us by Scott Carney Home Game on Netflix The Dinnie Stones John Odden Instagram  Empowered Strength training Instagram www.Empoweredstrength.com Sanctuary of Strength Instagram

In this episode, Tim talks with Highland Games World Record Holder, John Odden about being strong, recovering from injury, and becoming resilient.  Tune in and listen to how a man in his 40s is stronger than he's ever been. To learn more about John, check out his site: https://www.empoweredstrength.com/--- Support this podcast: https://anchor.fm/original-strength/support

John is the owner and head trainer at Empowered Strength in Bend. ORHe has a degree in Exercise Science from Central Washington University and worked for over 10 years in a clinic environment as an exercise physiologist and employee wellness coordinator and high school strength coach. He retired from his clinical position in 2014 to start Empowered Strength and now teaches full time in his studio and online with students around the world.In addition to his degree in Exercise Science, John is a Strongfirst Level II Kettlebell Instructor and Bodyweight Instructor, a personal trainer and Certified Strength and Conditioning Specialist from the National Strength and Conditioning Association, a FMS Level 2 Instructor, and Original Strength Instructor. He is a Highland Games Competitor and holds several world records and last year successfully lifted the 734 pound Dinnie Stones in Scotland with plans to lift even bigger stones in Iceland this year. John leads and teaches at workshops for Strongfirst, mace and circular training and Scottish Highland Games. He is a great instructor and friend and I always enjoy when our paths cross here in Oregon.

From Highland Games to Empowered Mace with John Odden

Join us as we talk about John's story and as we gather some great mace knowledge. This episode is interesting because unlike other coaches John started training in the highland games before touching a mace!Don't know what that is? No worries we discuss that as well!--- This episode is sponsored by · Anchor: The easiest way to make a podcast. https://anchor.fm/appSupport this podcast: https://anchor.fm/steelmacewarrior/support

Episode 33- John Odden- Why You Need a Strength Coach

I've been waiting a long time to interview this guy. Strength and Conditioning Coach and StrongFirst Iron Man John Odden.This man is the coach to coaches and we are going to talk about WHY it's so critical to hire a good strength coach when you start lifting so as to STAY SAFE.