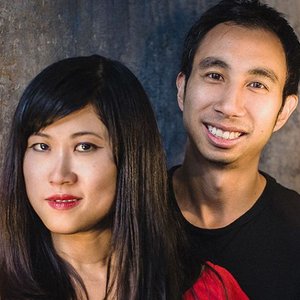 225. Would You Be Happier Without a Home? w/ Bryce Leung and Kristy Shen

I couldn’t think of two more different stories: In the recent award winning Nomadland: Fern (played by Frances McDormand) is grieving a life that’s been ripped away from her. When the gypsum plant in her Nevada hometowon closes, the town of Empire quite literally closes with it. In six months, its entire zip code is eliminated. Meanwhile, Fern’s husband dies, leaving her completely alone and “homeless.” Hitting the road in search of work as a seasonal employee at an Amazon center, Fern starts living in her van, eventually getting involved with a group of modern nomads, although she inevitably ends up alone again, traversing the American landscape. In a completely different world, another set of nomads, Bryce Leung and Kristy Shen cofounders of the millennial revolution platform, decided that they no longer wanted to toil away at a stressful, hateful job for 30-40 years, to pay off a massive mortgage, only to die of a heart-attack at their desks or be laid off without a pension. So instead of drowning in debt to buy a house in one of the most expensive cities in Canada, they rented and invested instead. For Them, Going against the status quo TOTALLY PAID OFF!   They managed to build a 7-figure portfolio, which has allowed them to retire in their 30s and travel the world! Two sets of nomads with completely different stories and motivations. Yet, are there similarities? Are there common threads that unite the story of what it means to be homeless in the ever shifting world of today. Bryce Leung and Kristy Shen are the writers behind Millennial revolution, their most recent book is Quit like a millionaire: No gimmicks, luck, or trust fund required! Bryce and Kristy,

How 2 engineers quit their jobs to retire early and travel full-time, with Kristy Shen and Bryce Leung

#42: A big reason why I started HYW was to show how you can “hack systems” in large and small ways – whether related to taxes, travel, real estate, etc – to achieve FI and retire early……and to continue growing wealth even in retirement.That’s probably why many readers are engineers: you likely know a thing or two about hacking / optimizing systems.That’s also probably why there are many ex-engineers in the FIRE community.Today’s guests, who were engineers before early retiring, were one of the first folks in the FIRE community I started following a few years ago.So it’s a real treat to talk with Kristy Shen and Bryce Leung, millennial early retirees who quit well-paying engineering jobs to travel the world, initially, for one year…but decided – after analyzing their spend that year and realizing it cost less to travel than to live in their hometown – to do it for good. (Along the way, they also wrote a popular FIRE blog and best-selling book.)Their story is about applying simple rules of thumb to saving and investing to build a 7-figure portfolio and retire early, then optimizing your investments efficiently to withdraw safely into perpetuity.We discuss:What motivated them to leave well-paying engineering jobsHow they came up with their FIRE number and what they invested inWhy they rebelled against conventional wisdom to buy a homeHow they stayed focused as friends and colleagues upgraded their lifestyles…and how they eventually became the envy of peers back homeWhy their parents objected but eventually came around (and what convinced them)The moment they realized it was cheaper to travel than to stay at homeHow big their portfolio was on the day they retired and how big it is now (after traveling over the years)How they use a “yield shield” to structure their withdrawals so they never have to sell in a down-market (and how long their cash buffer will last)How their mindset shifted from “traveling to consume” to “traveling to learn”How they deal with loneliness when traveling for long stretchesHow they handle health insurance after losing their universal coverageHow getting older and potentially starting a family may change their travel lifestyle in the futureWould you travel long-term – potentially forever – in early retirement? Do you agree with Kristy’s and Bryce’s views on homeownership? What are your reactions to their safe withdrawal strategy (yield shield)? Let me know by leaving a comment!Don't miss an episode, hit that subscribe button...If you liked this episode, be sure to subscribe so you don’t miss any upcoming episodes!Apple PodcastsSpotifyGoogle PodcastsStitcherI need your help, please leave a listener review :)If you liked this episode, would you please leave a quick review on Apple Podcasts? It’d mean the world to me and your review also helps others find my podcast, too!Links mentioned in this episode:Millennial RevolutionFIRE explained in MandarinKristy's and Bryce's book: Quit Like a MillionaireHYW private Facebook communityIntro/Outro: Old Bossa by Twin Musicom. 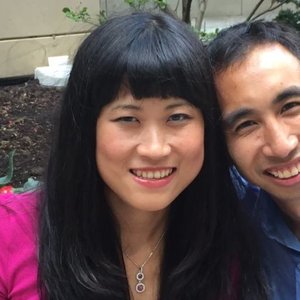 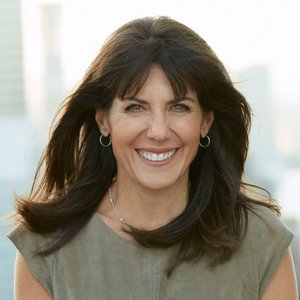 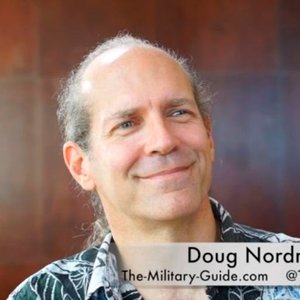 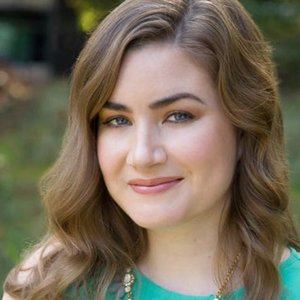 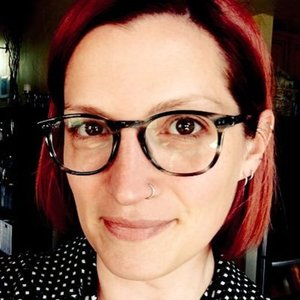 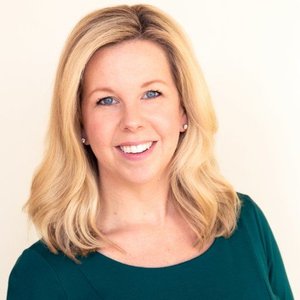 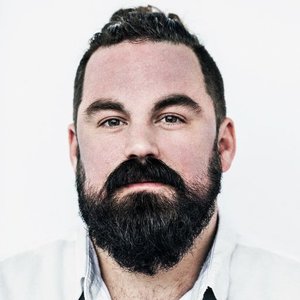 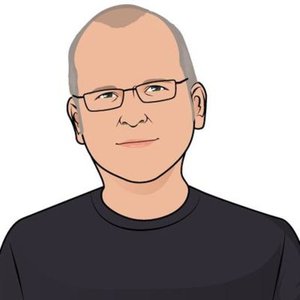 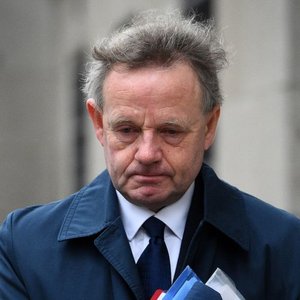 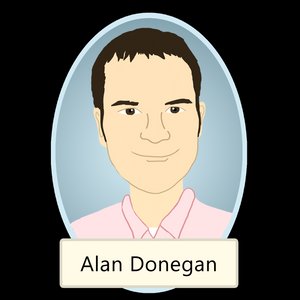 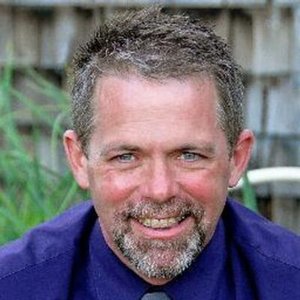 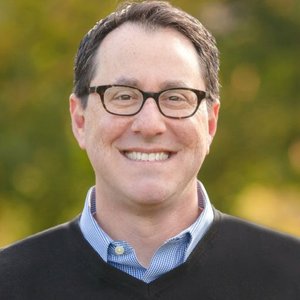 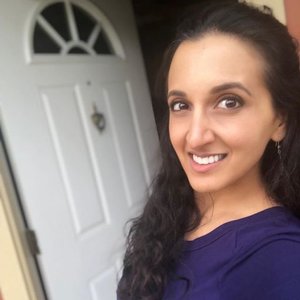 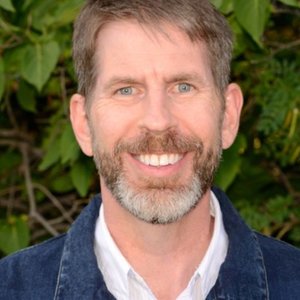 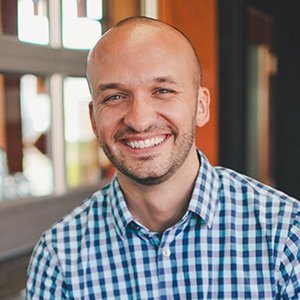 COVID19 Special Series. So excited for this episoade of the Mentor Project: for a second time we've got Kristy Shen and Bryce Leung, the founders of The Millennial Revolution and authors of Quit Like a Millionaire In this episode we'll learn about:- East vs West approach to containing COVID- Cultural differences - Social distancing - Remote work- Career changes caused by COVID- Stock market crash and the impact on retirement - Why it never feels right when investing in the stock market- AirBnB- Toronto housing market- Spike in divorce rates caused by COVID- Living a paycheque to paycheque life and how it's not sustainable- Preparing now for the next pandemic- Arbitrage during a pandemic- Living your values- What a day in Bali is like for Bryce and Kristy To learn more about how Kristy and Bryce, check out: www.millennial-revolution.comTo get their book on Amazon click here. You can reach me on Instagram: @fahadlkhan

Episode Notes: Joining me today are two people whose accomplishments I admire and respect. Kristy Shen and Bryce Leung are ex-software engineers from Toronto who achieved financial freedom and retired early in their 30’s to travel the world. They are the writers behind Millennial Revolution, an educational blog on investing strategies and world travels. They are also authors of a newly released personal finance book “Quit like a Millionaire.” Kristy and Bryce share lessons learned from their FIRE journey, their travel experiences in the Galapagos Islands and what it means to leave a legacy. Thanks for tuning in and enjoy the show! On this episode we covered: Their backstory of discovering FIRE while working full time in Toronto How home country or home city bias prevent people from pursuing a better life The underrated and best value-for-money travel spots around the world The awesome country that’s cheekily named the “G-spot of Europe.” The importance of travel for motivation and rejuvenation The three biggest costs people need to optimize How to save money while travelling abroad How to use a VPN to save money on airline tickets Travelling around the Galapagos Islands Why the Galapagos Islands is such a special place The mindset to overcome financial obstacles and setbacks The importance of meeting mentors and like-minded partners to reach FI The Chautauqua FIRE Retreat and what a day looks like And much more! Resources Mentioned: Chautauqua Financial Retreat - https://www.fichautauqua.com “Quit Like a Millionaire” by Kristy Shen &amp; Bryce Leung (Amazon Affiliate Link) Where to find Kristy and Bryce: Website: https://www.millennial-revolution.com Email: firecracker.revolution@gmail.com Follow Gary on IG: https://www.instagram.com/viajeroclub/ Join the Facebook Community : https://www.facebook.com/groups/407928276427355 Show notes can also be found here: https://viajeroclub.com/pages/e13 If you enjoyed this episode, please don’t forget to hit Subscribe and leave us a review! Give a rating and review here!

So excited for this episode of the Mentor Project: we've got Kristy Shen and Bryce Leung, the founders of The Millennial Revolution and authors of Quit Like a Millionaire In this episode we'll learn about:- The path to financial independence- The concept of working until 65 and the truth about pensions- FIRE (Financial Independence &amp; Retire Early) movement- Retiring at the age of 30 and becoming a millionaire - The new rulebook- Getting richer by travelling the world - Their favourite country: Poland- Dangerous places while travelling (hint: it's all based on perspective) - All the places that Kristy and Bryce have travelled - The importance of travel - Quit Like a Millionaire- Having kids who are global citizens and multilingual - The path of education and the POTS score- From poverty to retirement- Biggest paycheques aren't always the fastest way to financial independence- Finding your identity outside of your career- Writing a bookTo learn more about how Kristy and Bryce, check out: www.millennial-revolution.comTo get their book on Amazon click here. You can reach me on Instagram: @fahadlkhan

How We Saved $1 Million and Retired at 31 and 32, with Kristy Shen and Bryce Leung

#236: Kristy Shen and Bryce Leung achieved financial independence four years ago at age 31 and 32. They saved $1 million and live on $40,000 per year while traveling the world. Kristy and Bryce don’t worry about running out of money, they created new identities after quitting their jobs, and their community has quadrupled in size. Here’s how they achieved this lifestyle. For more information, visit the show notes at https://affordanything.com/episode236

021. Quit Like A Millionaire with Kristy Shen and Bryce Leung

This week on the show I am joined by Kristy Shen and Bryce Leung. They are bloggers, and the founders of Millennial Revolution and the authors of Quit Like a Millionaire. We chat about financial independence and how to follow your passion while still paying your bills.

Kristy Shen grew up in abject poverty in rural China where her family lived on $.44 per day. Chronic hunger and worm-infested drinking water were regular parts of her youth. Her husband, Bryce Leung, is also a first generation Canadian, but from a more middle class background.    Early in their computer-programming careers, they committed themselves to frugality. In their early-30’s, with millions in the bank, they retired, and now travel the world full-time. Kristy and Bryce are the co-founders of the financial independence blog, Millennial-Revolution.com and co-authors of the book, Quit Like a Millionaire: No Gimmicks, Luck or Trust Fund Required.See their blog here: https://www.millennial-revolution.com/ Give Paul hair and make-up tips here:  http://PaulOllinger.com

Kristy Shen has an amazing story- from growing up in China on $0.44 a day to becoming financially independent at age 31 and traveling non-stop around the world. Kristy writes about money on her site Millennial-Revolution and shares her story in the new book she wrote with her husband called “Quit Like a Millionaire.” In this interview we cover a number of topics that range from her remarkable childhood and the surprising benefits of a scarcity mindset, all the way to analyzing what degree to pursue and her experience with geographic arbitrage.During this episode we enjoyed a Blood Orange Gose by Draught Works- a big thanks to Rae in Missoula for donating this beer to the show! And if you enjoyed this episode, be sure to subscribe and give us a quick review in Apple Podcasts or wherever you get your podcasts- we’d love to hear from you.Best friends out! Learn more about your ad-choices at https://www.iheartpodcastnetwork.com

Episode 86: Quitting Like a Millionaire with Kristy Shen & Bryce Leung

Anyone who wishes to achieve financial independence needs to start taking the appropriate steps as soon as possible. The earlier in your life you start, the sooner you will reach a point where you no longer need a paycheck. That’s when you know you can retire and start enjoying life full time! There is a growing movement now in the world called FIRE (Financial Independence, Retire Early) that argues against the idea that you can’t or shouldn’t retire before age 65. Its members advocate for an early start towards savings and investment, in order to reach financial independence sooner and retire early. Two of the biggest champions of this movement are Kristy Shen and Bryce Leung, who managed to build a net worth of over $1 million and retire at age 31 to travel the world and live a nomadic lifestyle. That’s why in this episode of the podcast I talk to them about their new book, how it came about, and how you too can quit like a millionaire!