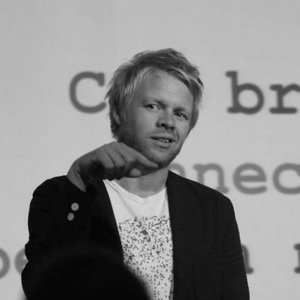 Defected Records and the New Era with James Kirkham

In this episode we speak with James Kirkham, Chief Business Officer at Defected Records. Joining the label as it enters its third decade. James is overseeing all social, content, marketing and PR activations at Defected, and makes an invaluable addition to the company as it navigates its position as an industry leader in a new era for the music industry.As one of the world’s foremost media industry speakers, he has appeared on stage for a number of years at the Cannes Lions Festival of Creativity, featured in BIMA’s prestigious Top 100 for three years running and was recently selected as one of the top Leaders Under 40 in the sports business. He was also named in Campaign Magazine’s esteemed ‘Power 100’ in July 2019.We discuss:James career journey to dateDefected Records, an ecosystem and how the record label is evolvingHow creativity is born out of adversityDigital transformation, virtual events and innovation on the dance floorHow Defected has championed the music industry in 2020 during the pandemicPromoting records in this new event formatLove for Glitterbox and the soon to be released long form documentaryExciting plans for 2021 and beyond

360 Yourself! With Jamie Neale

Acknowledged widely as an authority on all things marketing, James Kirkham joined Defected Records as Chief Business Officer in January 2020. Making the move to the label from an advertising and marketing background, James had just concluded four years at the football media business COPA90, where during his successful tenure as CBO he oversaw a 100% increase in revenue year-on-year, and coordinated partnerships with brands such as Uber, Budweiser, Nike, Pepsi and EA Sports.As well as his impressive work with COPA90, where James and his team built a vast audience of young fans, peaking at 650 million monthly views in 2019, James has established himself as a media innovator and specialist voice on the industry, providing insights for news outlets such as The Guardian, CNN, Sky News and the BBC. As one of the world’s foremost media industry speakers, he has appeared on stage 8 times at the Cannes Lions Festival of Creativity, featured in BIMA’s prestigious Top 100 for three years running and was recently selected as one of the top Leaders Under 40 in the sports business. He was also named in Campaign Magazine’s esteemed ‘Power 100’ in July 2019 and A-list.Prior to COPA90, James founded his own digital agency Holler, the first in the world to market a TV show using social media, and the trailblazing nature of the business was noticed by industry leaders Publicis Group, who acquired Holler in 2010. James was promoted to Leo Burnett Worldwide’s Global Head of Social and Mobile, working with clients such as Procter &amp; Gamble, McDonald’s, Coca-Cola and Kellogg’s.In January 2020 James started his new chapter at Defected Records, joining the label as it enters its third decade. James is overseeing all social, content, marketing and PR activations at Defected, and makes an invaluable addition to the company as it navigates its position as an industry leader in a new era for the music industry.In March 2020 Defected launched their Virtual Festival, a standalone event that evolved into a weekly residency in response to multiple event cancellations due to the COVID-19 outbreak. Within four weeks the online residency accumulated over 10 million views and gained worldwide recognition and acclaim, gaining media coverage in Creative Review, The Telegraph, BBC Radio 2, 6Music, Evening Standard, Le Monde France and Sky News.Instagram: @spoonybear @defectedrecordsHost: Jamie Neale @jamienealejn Discussing rituals and habitual patterns in personal and work life. We ask questions about how to become more aware of one self and the world around us, how do we become 360 with ourselves?Host Instagram: @jamienealejnPodcast Instagram: @360_yourselfMusic from Electric FruitProduced by Tom DalbyComposed by Toby Wright 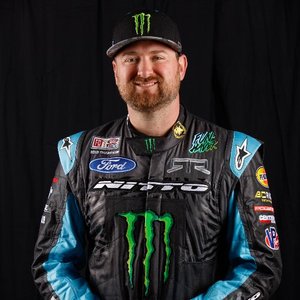 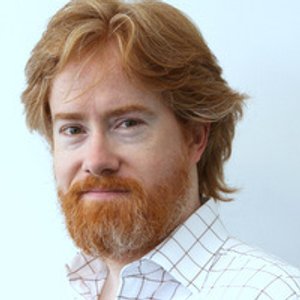 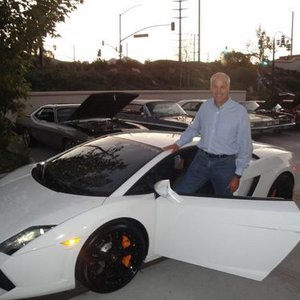 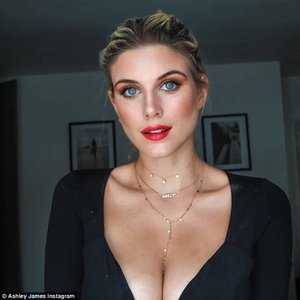 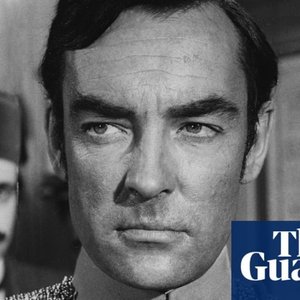 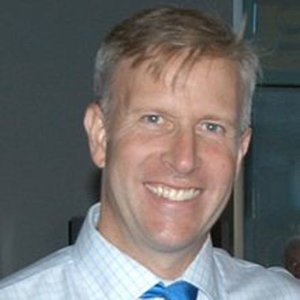 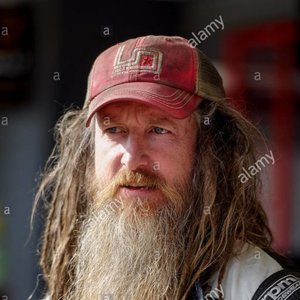 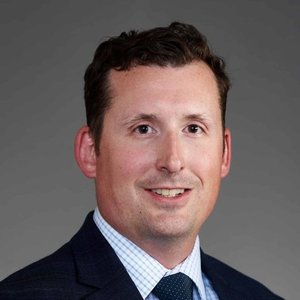 Because Everybody Enjoys Roadrunners

Have a BEER with James Kirkham, self described "Dreamer" at Automotive Hub/Agency, Race Service located in Mid City Los Angeles. James has had a great history of motorsports, companies, relationships, experiences etc. James and Jarod share multiple tattoos and stories of their travels and the overall importance of relationships and giving a shit! Meet James Kirkham of Race Service.

Defected Records chief business officer James Kirkham talks to Broadcast Tech editor Jake Bickerton about the dance label's hugely popular weekly Virtual Festivals, which kicked off as soon as the UK went into lockdown. The 12-hour live streamed events, which went out on a plethora of social media platforms every Friday night, brought in an audience of millions of dance music fans each week. Each Virtual Festival brought together DJs from around the world, who each had an hour to spin discs from their home, before the next DJ kicked off their set. The complexity of how each set was filmed ranged from a single iPhone camera stream to a multi-camera setup, including drones. Kirkham explains how it was all put together and what the future for Virtual Festivals might be post-lockdown.

James Kirkham departed for the US back in 2018 and has recently graduated from Barry University with a masters degree. The midfielder made a dream start to collegiate soccer after winning the NCAA DII Men's Soccer National Championship with the Buccaneers in his first season with the team. In this episode, we talk about his life before the US, the moment he decided the scholarship route was the right choice, living in Miami for the last two years, the history-making championship run and about what life has in store for him post-university. Please subscribe to the podcast and head over to our social media channels to like and follow us on Facebook, Twitter and Instagram.

James Kirkham is the Chief Business Officer of Defected Records but has previously held positions at COPA90 and founded his own agency Holler. Defected Records have seen a huge uplift in recognition and affinity during the global lockdown as people turn to music and the community it heralds. With a blend of new tracks and old hits from the 21 year old House Music label James' work at Defected Records these last few months has seen a huge move to live streaming content across social media. See acast.com/privacy for privacy and opt-out information.

In January, James Kirkham stepped into the brand new role of Chief Business Officer at Defected Records. Prior to this, he was in the same position but in a totally diverse yet resonating industry, the football industry at COPA90. During this podcast, we gain perspective on James’ story, the resonating features of dance music and football and most of all, the Defected Records ‘Hype Machine’. The formula of how Defected Records leverage momentum, create advocacy and social proof of upcoming releases as a way of building hype for release day. During this podcast, we also gain an understanding into the marketing perspective and approach of Defected Records as to how they have built their own channels and assets as the focus of marketing instead of their focus being on outsourcing advertising to platforms like Facebook.  Show Notes: www.yourmusicindustry.com/post/james-kirkham Highlight From This Episode: [0:00] James introduces us to his journey into the music industry which included a 4 year stint at COPA90 [5:40] Are there any connections between Football and Dance Music? James breaks down his thoughts on it. [10:54] While at COPA90, James secured deals with the likes of Uber, Budweiser, Nikes and many more. We explore if this kind of brand deal will become the future of Defected Records or if it’s already there. [15:38] Defected Records, Record Label or Media Company or both? James introduces us to his perspective and the future of Defected. [22:10] We gain some perspective on the ‘Defected Records Hype Machine’ on how Defected leverage momentum and hype for their release campaigns. [35:05] Do the Defected Team know when a release is going to go viral, for example Endor - Pump It Up on TikTok? James enlightens us to his position on this [37:10] James and I explore how Defected Records build credibility and advocacy for their releases including the tools they use [44:46] We have two questions from listeners @kev_noone and @cassineb [48:20] What change would James Kirkham like to see in the music industry? He breaks it down. Keep in touch: Daniel@YourMusicIndustry www.YourMusicIndustry.com Your Music Industry podcast is brought to you by Daniel Fish from Liverpool, UK.  Copyright © 2020 Daniel Fish, Liverpool, UK. All rights reserved. Credits: Host: Daniel Fish Producer: Daniel Fish Music: Early Morning by Shane Becker (via SoundStripe)

Episode 2 - United Through The Dancefloor: A chat with Defected Records’ James Kirkham

Launched as an indie label in 1998, Defected Records have evolved, adapted and grown to become the world's biggest community of house music fans today. Even through turbulent times for the music industry. But their latest moment in the global spotlight came in week one of the UK's Covid-19 lockdown, when they launched the Defected Virtual Festival from an empty Ministry of Sound. In this episode, ENGINE UK's Leo Birch chats with Defected’s Chief Business Officer James Kirkham about engaging vociferous fans, pivoting your business in times of change and making great stuff in the face of unprecedented disruption. Also, Championship Manager 2001/02… Check out the Virtual Festivals and much more at Defected.com and on the Defected Records pages on Facebook, YouTube, Twitter and Instagram

James Kirkham co-founded and co-sold the agency Holler. He started it in London. He was young and naive. He worked to spread offices around the world. Then he sold Holler to Leo Burnett. Now, he is the Chief Business Officer of Copa90, a football fan media empire.We discuss: - Going from freelance to business- The power of young naivety- Luck, proximity, hard work, recession, catching waves, and audacity- What James has learned about football culture in recent yearsYou can find James here https://twitter.com/spoonybear and Copa90 here https://copa90.com.For more strategy talk:1. Strategy newsletter: http://www.markpollard.net/email-newsletter/2. Strategy drawings: http://www.instagram.com/markpollard 3. Strategy Twitter: http://www.twitter.com/markpollard4. Join 5,000+ strategists: http://www.sweathead.coNew book "Strategy Is Your Words" out soon.

All Things Sport - Episode 4: a chat with the Head of Copa90, James Kirkham

In this episode, Alex is joined by James Kirkham, Head of Copa90 - one of the world's leading football publishers. James and Alex have a chat about the up and coming football World Cup in Russia, his favourite sporting moment and why he is 'that dad' on the sidelines! Don't forget to subscribe to the show, and please leave a review!