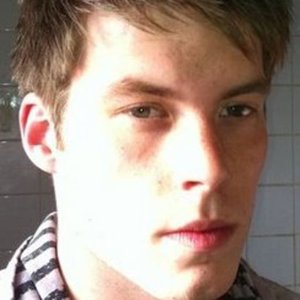 A short interview by Callum Laing

In this podcast, I was humbled to be interviewed by Callum Laing. Enjoy!Follow DAVID LOKE on TelegramSupport the show (https://www.buymeacoffee.com/davidloke)

Your host, Dan Moyle, speaks with Callum Laing of MBH Corporation on the scaling block agency tend to face at a certain point and how to solve that. 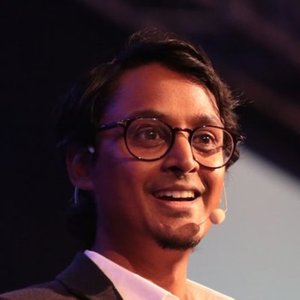 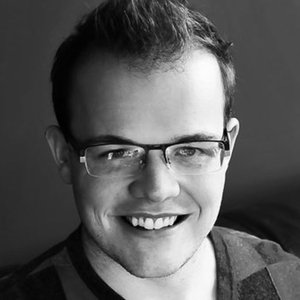 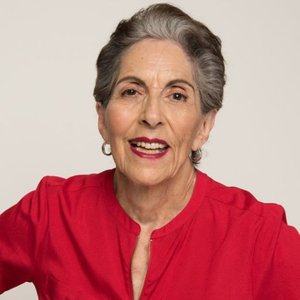 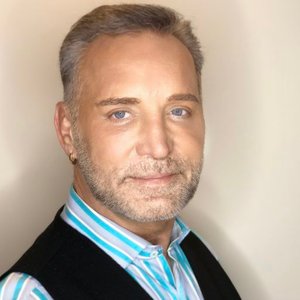 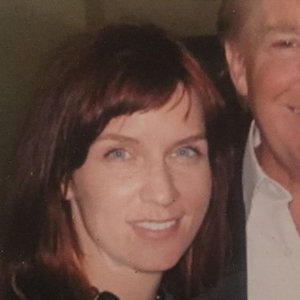 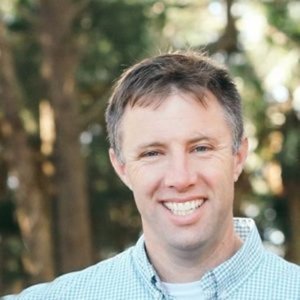 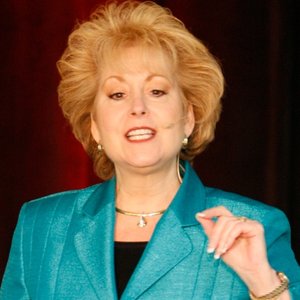 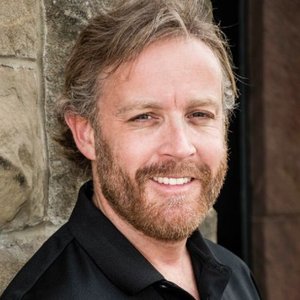 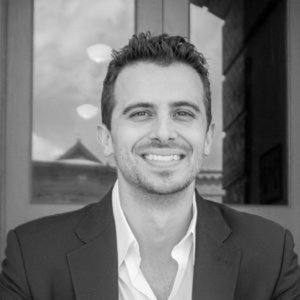 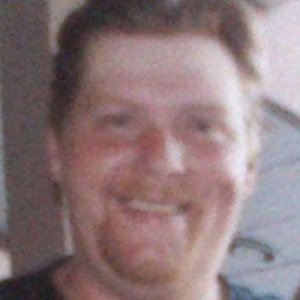 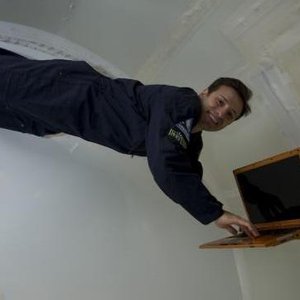 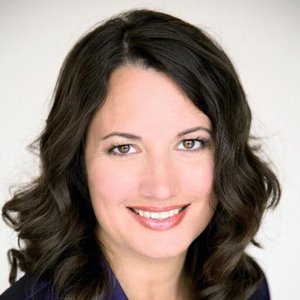 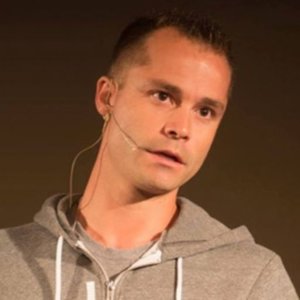 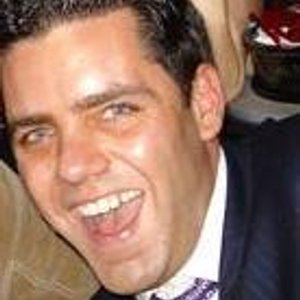 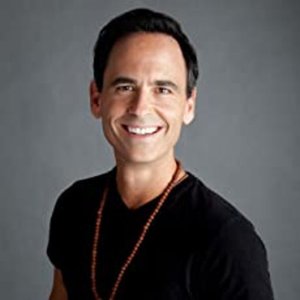 Scaling Business through Acquisition with Callum Laing of MBH Corporation

Callum Laing is the CEO of the MBH Corporation with more than two decades of experience in starting, building, buying, and selling over half a dozen businesses in a range of sectors, including recruitment, sport and lifestyle, information technology, and telecommunications. He has published two best-selling books on business, has interviewed and published more than 700 interviews with entrepreneurs and sits as High Commissioner to the World Business Angel Investor Forum in Singapore.Callum works with entrepreneurs dealing with what he calls the “scaling paradox” … the company is too small to have access to big contracts and as such, because they do not have access to big contracts, they remain small. Callum and his team over at The MBH Corporation take a different approach to scaling through acquisition, while leaving the original company as it is, just with a bigger footprint.https://www.youtube.com/watch?v=BYyrSMoMhZcKey Takeaway: Growing a business can be challenging when you do not have the size and resources to compete with bigger players in the market. Acquisition is a way to address this, but there are different ways to go about that as most entrepreneurs do not make good employees, especially in their own company.Lessons Learned:Be Careful of Free Advice – Be careful when it comes to “free” advice from somebody that does not have any skin in the game. All too often this leads to chasing shiny objects and taking you out of your core focus.Invest in Peer Groups – Being able to leverage the expertise of peers can provide resources and information that might not otherwise be available to entrepreneurs while at the same time remembering point #1.For More Information:MBH Corporation @ https://www.mbhcorporation.comLinkedIn @ https://www.linkedin.com/company/mbh-corporation-plc/LinkedIn @ https://www.linkedin.com/in/callumlaing/Twitter @ https://twitter.com/laingcallum

Callum Laing - "Plateauing is the same as going backwards"

Liz chats with founder of MBH Corporation, Callum Laing about the challenges small businesses face when trying to reach the next level.

The guest for today is Callum Laing, the CEO of MBH Corporation and host of the podcast Callum Connects.MBH Corporation specializes in making small companies gain big profit. They work with companies together and help them grow and get financial assistance. They help businesses get noticed by the public and boost small brands into big corporations.

Callum Laing on Chaos to Creation Confessions: What do you do when you lose it all?

Show Notes: With my business partner, Jeremy, we had come up with an idea to solve a problem for small business... Find out about their ambitious idea - Agglomerate - to help small businesses group together to create a publicly listed company. From an investor's standpoint, you've got half the world's economy locked up in small businesses like us There's this weird situation where you've got half the world's economy that's off limits to the trillions of dollars in the finance markets. Plenty of people create things - books, courses or businesses - Callum &amp; Jeremy actually created a business class, an asset class. The thing with creative ideas is they're always brilliant when you first have them, and then you have to test them against the market. And you smack your head against the wall until something breaks. And hopefully, it's not my head. The more you do it, and the more failures you have, the more you realise that the failures aren't fatal. When it didn't work out we had to go back to our bigger why to keep us motivated. For the first Agglomeration the market cap went from 14 million to 300 million euros in 100 days... and then we kind of came unglued... Hair raising rollercoaster of bringing a group of companies together, listing on the European NASDAQ, the market cap going from 14 million to 300 million euros in 100 days, being shafted by a financier in New York whobought shares and then dumped them on the stock market As far as we know, this bloke have never previously broken the law. You discover that trying to prosecute white collar crime over international borders is nearly impossible. the biggest mistake we made was, and this was down to a lack of experience was everyone advised us that what we should do is get ourselves off the board and put some old grey hairs on the board and restore investor confidence. it was an incredibly painful, hideously expensive lesson to go through Most sane people will think: Okay, maybe that wasn't the right thing to do. Maybe it was a bad idea. You guys didn't do that. What happened? What did you do next? It solved a problem. We realised that if we didn't do it, it probably wasn't going to get done. The advantage of so much stuff going wrong so quickly was that we got 10 years worth of lessons compressed into a very short, excruciatingly painful period. Callum would have preferred to learn those lessons without "getting kicked in the nuts" So we listed in Frankfurt, coming up two years ago, so sort of November 2018. And we have now added, as of last week, I think we're up to 17 companies in the in the group, we've got a combined revenue of 100 million dollars, $10 million of EBIT, we issued our dividends after the first year. So there was 110 companies listed in Europe last year, and by various different metrics were in the top three fastest growth for revenue and profit, and one of only five to issue a dividend. The problem is, when you're doing something that hasn't been done before, there isn't really anyone that can can advise you. The opposite of that is waiting for everything to be perfect before you do it. And the reality is, it's never going to be perfect. So better to get out, learn the lessons, iterate and move on. Entrepreneurs record three, three or four minute answer to the question, what's the biggest challenge that you're overcoming your journey and what did you learn from it? The Bigger Why: I've been an entrepreneur for 25 years, and I keep bouncing around different industries and kind of looking for what would be the perfect thing. And I realised, that's not the way to do it. For me, it's to find, who I want to be working with.--- Send in a voice message: https://anchor.fm/chaosification/message

Ep 2: - The RESET Button has Been PRESSED for Small Businesses - w/ Callum Laing

Callum Laing (CEO, MBH Corporation)  is also a 3-time author, speaker, and small business advocate. Callum Laing is also the CEO of MBH Corporation, a publicly listed company consisting of several small businesses that have come together to form a larger agglomeration of companies.    We sit down and talk about the reset button that has been pressed for entrepreneurs globally and why they must develop progressive partnerships.

Welcome to the Conscious Millionaire Show for entrepreneurs who want to build a high-profit business that makes an impact! Make Your First Million, with your Host, JV Crum III…  Callum Laing: Collaboration is the Trillion Dollar Secret Callum Laing is a partner in the Private Equity firm Unity-Group where he works to reconnect the finance industry with small business owners that create the value in the world. He is the best-selling author of 2 business books and has published over 700 interviews with Entrepreneurs and Investors around the world. Like this Podcast? Get every episode delivered to you free!  Subscribe in iTunes And, download your free gift today... Get the High Performer Formula to Make Millions – Click Here! Please help spread the word. Subscribing and leaving a review helps other entrepreneurs and business owners find our podcast… grow a high-profit business that makes an impact. Help your friends Become a Conscious Millionaire! They will thank you for it. Conscious Millionaire Network has over 2,000 episodes and 12 Million Listeners in 190 countries. Our original Conscious Millionaire Podcast was named in Inc Magazine as one of the Top 13 Business Podcasts!

Callum Laing is CEO of Multiple Business Housings (MBH), a publicly traded company on the Frankfurt stock exchange. This episode is uniquely fascinating because we explore a topic most entrepreneurs dream of but never get there: taking your company public. Callum explains how it's not as complex or as expensive as you might think. For business owners looking to acquire other businesses, the credibility that comes from being a publicly traded company can make a huge difference in your negotiations. Email us for an introduction to Callum. mbhcorporation.com - MBH webisite https://www.entrepreneurial-investing.com/gift  - Callum will give listeners both the books on the model.https://callumconnects.libsyn.com / https://www.youtube.com/callumlaing - Callum's podcastCallum's Social Media: https://www.linkedin.com/in/callumlaing/https://twitter.com/LaingCallumIf you need help finding the perfect location for your practice or you're ready to invest in commercial real estate, email us at podcast@leadersre.com. You can also download the Top 10 Site Selection Factors or view our entire podcast library.

Callum Laing's Story: From a poor kid to getting wiped out by both Dot-com bubble and GFC to the CEO & Co-Founder of MBH Corp, one of the Top 3 fastest-growing European small caps

Callum Laing is the CEO and Co-Founder of MBH Corporation PLC ( https://www.mbhcorporation.com/ ), a publicly traded company and a global conglomerate connecting and scaling profitable small businesses, that generates $80 million in revenue. He, along with his business partner pioneered a model called 'Agglomerate'. They are the No. 2 fastest growing company among the European small caps listed in 2019 driving a phenomenal revenue growth of 300%. Since the COVID-19 they acquired 2 companies and they are just getting started. Callum is the author of three best selling books, Agglomerate, Progressive Partnerships and Entrepreneurial investing. You can get a free copy from his website - https://www.callumlaing.com/