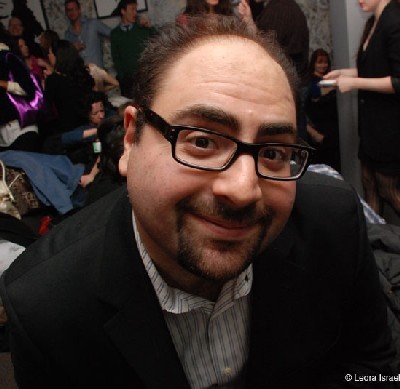 This is an open call to anyone that would like to share their gratitude for another on their upcoming birthday. All you have to do is reach out to me at the email address hello@gratitudespace.com.  In Gratitude, Chris Into Gratitude check out Gratitudespace.com.--- Send in a voice message: https://anchor.fm/gratitudespace/message

Devin Brown recently joined Blacklisted HQ. His background as a D1 football player, and a competitive CrossFitter is leading him to train other football players in an unconventional way. Follow him on Instagram at GTW_Lifestyle.

IN THIS REPEAT: An interview from 2013 about the final major biography on Lewis from that year. It's with Dr. Devin Brown, author of several popular Inklings-related books. This is the third and last new biography on C.S. Lewis for 2013, the 50th anniversary of his death. This episode is with Dr. Devin Brown and his book entitled A Life Observed: A Spiritual Biography of C.S. Lewis. Previously Devin has been my guest speaking about The Christian World of The Hobbit. Purchase A Life Observed Listen to a series about The Christian World of The Hobbit Purchase  Lewis Books on Amazon Listen to All About Jack on iTunes Purchase C.S. Lewis Goes to Hell Visit ScrewtapeCompanion.com 90 Seconds to Knowing C.S. Lewis YouTube CHANNEL Visit EssentialCSLewis.com Purchase The Misquotable C.S. Lewis

On today's episode of Bucky's 5th podcast we start with a fun segment called "Should I stay or should I go" which breaks down the decisions of the redshirt seniors for Wisconsin football as they try to come up with a way to work through the ever changing landscape of the potential Spring/Winter season. Which players do we think will come back for the Fall of 2021? Listen in and see.After that we get into our interview with 3-star quarterback Devin Brown out of Queen Creek, Arizona. Devin received an offer from the Badgers back in May, and he remains one of the top targets in the class of 2022 for Wisconsin. In our conversation Devon talks about his upcoming high school season, his time visiting Madison, and when he will making his decision for a future school. Learn more about your ad choices. Visit megaphone.fm/adchoices

Guest: Devin BrownCo-founder of the Callosum Collective, Devin Brown talks about the origin of the collective and their various projects including The Squal and the Cryptophonic Tour at Oakland Cemetery.Callosum Collective is an Atlanta-based creative collective that applies collaborative methods across media to explore the intersections between art, technology, and the senses.Host: Amanda Plumb