46 of The Best Podcast Episodes for Samoa Joe. A collection of podcasts episodes with or about Samoa Joe, often where they are interviewed.

46 of The Best Podcast Episodes for Samoa Joe. A collection of podcasts episodes with or about Samoa Joe, often where they are interviewed.

It's come down to this: undefeated champion vs Olympic Gold Medalist. Samoa Joe vs Kurt Angle. But where will this instant classic rank?

Last Match Standing is a wrestling podcast where we review, relive, and rank the 100 greatest wrestling matches of all time. Support the show at patreon.com/lastmatchstanding

Play
Read more
Episode 16: Samoa Joe is undoubtedly my most famous male wrestler friend. We have an intangible connection that has stood the test of time. He not only had a positive influence on my wrestling career but also on my life. This episode is full of laughs and stories of our time on the road together. It’s a candid look at our relationship and time in TNA. 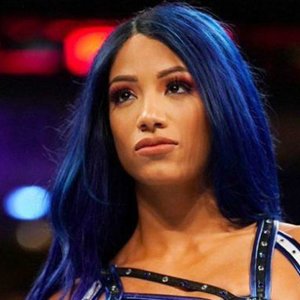 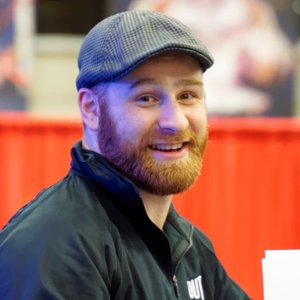 Play
Read more
The WTF?! Fam review a TNA match (our 1st) as we review Samoa Joe Vs. Kurt Angle (c) for Kurt' Angle's TNA World Heavyweight Championship, and Samoa Joe's career on the line, in the Six Sides of Steel. Come back with us to April 13th 2008 Tsongas Arena, Lowell (Mil-City!), Mass.
Come join us "ring side" four reviews, pus randomness, shit talk, fact talk, serious and delrious, and everything in between.
HeyYo! The "Bad Guys" of the Wrestling Podcast Game
HeyYo!

Matt Turner on being trained by CM Punk and Samoa Joe

Matt Turner sits down with Brad LaFratte from his home in Pennsylvania.  He talks about his time training with CM Punk and Samoa Joe in the Ring of Honor dojo, having to follow Dusty Rhodes on a IWA Mid-South show, the current state of pro wrestling and much more!

Play
Read more
Today the legends @MelvinTr0y and @Bkaboose sit down with 2 Scissors-No-Hands Sam to dissect and reveal WWE secrets such as The Samoa Joe Project, The Vincent Kennedy McMahon Belt, and the future of Bash At The Beach. Strap in. This stuffs going to blow your mind.

The Voice of an Angel | Samoa Joe

The Samoan Submission Machine discusses his move to the commentary desk. Plus, Alexa Bliss & Nikki Cross want all the gold in WWE, Natalya and Lana give the details about their new partnership, and Keegan-Michael Key talks about his new game show, Game On!

Play
Read more
James is joined by Marucs Green to talk through the ROH careers of AJ Styles and Samoa Joe in their eighteenth anniversary releases.