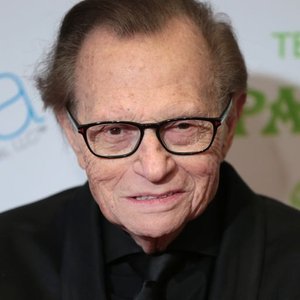 Dancing in the Discomfort Zone with Anne Bonney

I LOVE RU PAUL'S DRAG RACE!  It is one of my favorite shows, and Drag is something that has always fascinated me.  Drag is an artform that many people don't understand, so this week, I welcome Bob Bolyard, aka Amber LaMay to join me and talk about his experience with Drag.  Sure, every drag queen has a different motivation, but Bob's is common, his story is super fun, and the positive contribution he is making to his community is undeniable!  (hundreds of thousands of dollars raised!)   In this episode, we talk aboutHow Bob ended up in DragHow the House of LaMay was born in the trailer park at Beaver PondHow his drag character ended up as the Larry King of drag!  (Checkout https://www.amberlive.tv/) The guests Amber has had on her show; from politicians, tv stars, broadway stars, etc.All the community events The House of LaMay takes part in, and how they’re truly a positive contribution to the community.  Go to https://www.amberlive.tv/ to see Amber in action, and some of the super fun interview clips they have.

Bill Owen interviewed by Larry King in New York in 1982 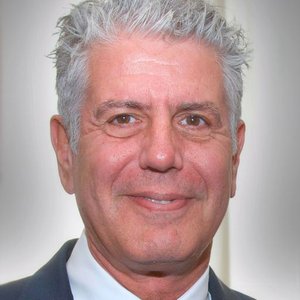 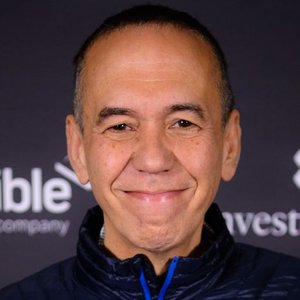 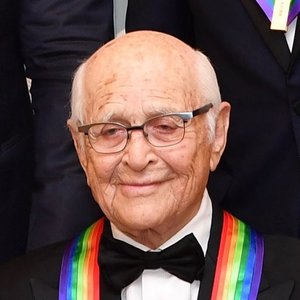 In episode eighty six of the Glow Journal podcast, host Gemma Watts talks to the founder of Larry King Haircare, Larry King. Larry King’s earliest ambition was to work in the film industry, a dream that saw him spend much of his early life watching many, many movies.It’s a task he encourages his staff to partake in today, often setting them projects so they can understand the references to films and movie stars of eras passed that he weaves into his hairstyling work across runways, red carpets and editorials. Larry’s first job was at Toni &amp; Guy’s Cambridge salon as a 17 year old, although it wasn’t until he was in his 30s and had built up both his reputation and his celebrity clientele (a list that includes Jared Leto, Gigi Hadid, Tom Holland and Chris Hemsworth) that he began to think about opening his own space. The Larry King flagship salon was opened in South Kensington in 2017 and had received countless accolades within mere months of that opening, with Larry explaining that friendship and an ethos based upon treating all clients with an equal amount of respect are the qualities that set the salon apart. In 2018, Larry and his wife Laura debuted Larry King Haircare, a sustainable haircare line developed to help consumers create their dream hair, and from April 14, Larry King Haircare will be available in Australia via Adore Beauty. In this conversation, Larry shares how he taps into emerging hair trends, the difference between runway and red carpet hair styling, and the advice and assignments he gives to his assistants and to anyone wanting to succeed in the hair industry. Read more at glowjournal.comFollow Larry King on Instagram @larrykinghaircareStay up to date with Gemma on Instagram at @gemkwatts and @glow.journal, or get in touch at hello@gemkwatts.com Hosted on Acast. See acast.com/privacy for more information.

Not So Molly Mormon

Join the gals as they read the transcript from Gordon B. Hinckley's 2004 interview on Larry King Live! Email us: notsomollymormonpodcast@gmail.comSupport us (and get more content!): patreon.com/notsomollymormon

Jeff Evans stopped by the HINESIGHTS Podcast to chat about his great friend: Mr. Larry King. As most of you know, Mr. King was a legend of broadcasting but not so many know about his personal life. Jeff Evans was a close friend of Larry and he remembers how he grew up in Brooklyn in a very detailed manner. Together, they go through Larry’s career as the best and most recognized broadcaster of all time. Larry was a pioneer in broadcasting and his legacy is large and known across journalism and broadcasting schools. Join this conversation between Kevin and one of Larry King’s closest friends!

People living on and near the Navajo Nation have been grappling with the legacy of 40-plus years of uranium mining. According to EPA cleanup reports and congressional hearings, mines were abandoned, radioactive waste was left out in the open, and groundwater was contaminated. This episode is the second half of a two-part series about uranium mining on the Navajo Nation. Part I discusses the history and economic forces that brought mining projects to Indigenous land. It also explores working conditions uranium miners faced, and the response of the federal government when workers exposed to harmful radiation spoke out. Abandoned Mines, Abandoned Health – Part II continues the conversation with former uranium miners. It explores what a coalition of Indigenous leaders and non-Native locals are doing to force the cleanup of hazardous uranium mining sites and seek expanded recognition by the Radiation Exposure Compensation Act, which provides remuneration to former uranium workers harmed by radiation exposure.The push for attention and recognition from Congress was difficult. Along the way, former workers and local residents formed advocacy groups focused on documenting worker health. Former mine worker Phil Harrison was among those who went to Washington, D.C., to push for a cleanup plan.“Seven of us testified,” Harrison recalled, “and, based on that, they gave a directive to federal agencies who said, ‘OK, EPA, BIA [Environmental Protection Agency, Bureau of Indian Affairs], nuclear regulatory commission. This is what we're going to do.’”Citizens have also served as volunteers helping to shape environmental research on the lasting effects of uranium mining on the land. Today, Indigenous groups say they continue to uncover pollution from the 1979 tailings pond spill near Church Rock, New Mexico. RECA is set to expire in June this year, unless Congress acts. Meanwhile, future uranium mining projects loom as a possibility.Click here for a transcript of the episode.Voices from the Episode: Linda Evers, president of Post 71 Uranium Workers Committee and former uranium mine workerPhil Harrison, president of the Navajo Uranium Radiation Victims Committee and former uranium mine workerLarry King, activist and former uranium mine workerJudy Pasternak, journalist and author of Yellow Dirt: An American Story of a Poisoned Land and a People BetrayedBen Ray Luján, Democratic U.S. senator from New MexicoSeason 4 of “American Diagnosis” is a co-production of KHN and Just Human Productions.Our Editorial Advisory Board includes Jourdan Bennett-Begaye, Alastair Bitsóí, and Bryan Pollard.

On the morning of July 16, 1979, a dam broke at a uranium mine near Church Rock, New Mexico, releasing 1,100 tons of radioactive waste and pouring 94 million gallons of contaminated water into the Rio Puerco. Toxic substances flowed downstream for nearly 100 miles, according to a report to a congressional committee that year.In the 1970s, uranium mining was a good source of income, leading many Indigenous people and other locals to seek out jobs in the mines and the mills where uranium ore was processed in preparation for making fuel. The work was often grueling, but many young people didn’t have other options to support their families. Episode 3 is an exploration of the forces that brought uranium mining to the Navajo Nation, the harmful consequences, and the fight for compensation that continues today. It is the first in a two-episode arc of reporting about uranium mining.Working in the mills, people were exposed to a powdery radioactive substance, called yellow cake, that is produced as part of the uranium milling process.Larry King, who is Diné and a former uranium worker, said he worked in his street clothes.“So it was just usually one of my old shirts, my pants. No gloves. No respirator. Nothing. So everybody’s breathing all that dust.”Another former uranium worker, Linda Evers, said she wasn’t told about the dangers associated with uranium exposure.“When we had safety meetings, it was about regular first aid,” she said. “There was no mention of radiation — or any of the side effects from it.”The consequences of radiation exposure can build quietly in the body, over decades and generations. It can cause multiple types of cancer, birth defects, and other ailments.Click here for a transcript of the episode.Voices from the episode:Amber Crotty, Navajo Nation Council delegate, Window Rock, Arizona — @KanazbahLinda Evers, president of Post 71 Uranium Workers Committee and former uranium mine workerPhil Harrison, activist and former uranium mine workerLarry King, activist and former uranium mine workerJudy Pasternak, journalist and author of Yellow Dirt: An American Story of a Poisoned Land and a People BetrayedEdith Hood, activist and former probe technician for Kerr-McGee Corp.Cipriano Lucero, former uranium mine workerSeason 4 of “American Diagnosis” is a co-production of KHN and Just Human Productions.Our Editorial Advisory Board includes Jourdan Bennett-Begaye, Alastair Bitsóí, and Bryan Pollard.

Today I’m Talkin With Monsignor Stephen Rossetti! Stephen is an Exorcist , an Author ‘Diary of an American Exorcist’ - You’ve seen him on Larry King Live , Meet the Press on NBC and Waters world on Fox! The Monsignor opens up about life as an Exorcist , his most chilling encounters and coming face to face with the devil himself.. --- Support this podcast: https://anchor.fm/talkinwith/support

This week on ‘The Moments That Made Me’, We have the incredible Larry King. Larry Is a world renowned Hair Stylist, who's clients include, Poppy Delevingne, Gigi Hadid, Niall Horan and David Gandy to name but a few. Larry also has his own hair care brand 'Larry King Hair' that is as cool as he is. Find out Larry's three amazing defining moments, as Roxie joins Larry at his salon in Notting Hill. ------ A Create Podcast Hosted on Acast. See acast.com/privacy for more information.