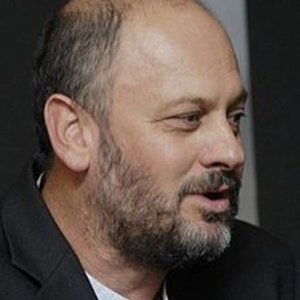 "The Miracle of Science" with Tim Flannery

Professor Tim Flannery received Australia's highest honour, the Australian Of The Year award, for his work as an ecological historian, explorer and environmentalist. He and Josh discuss tree kangaroos, climate change, anti-vaxxers, and giant dinosaur sharks. See acast.com/privacy for privacy and opt-out information.

Tim Flannery is a Mammologist, palaentologist, environmentalist, conservationist, and explorer. He was named Australian humanist of the year in 2005 and Australian of the year in 2007. Tim served as chief commissioner of the Australian Climate Commission and is currently leading the Climate council. He has discovered more than 30 mammal species, and and discovered cretaceous fossils that that extended the Australian mammal fossil record back 80 million years. In 2018 Tim played a key role in putting an end to a 91 year old cycle of killings in the Solomon islands. In this episode of the podcast we discuss first contact with indigenous tribes, tribal ceremonies, discovering species, climate change, the value of money, and how to have a good life. ►Find out more about Tim's work at the Climate Council here: https://www.climatecouncil.org.au/author/tim-flannery/ ►A list of Tim's books can be found here: https://groveatlantic.com/author/tim-flannery/ ►Find out more about Tim's work as a professorial fellow at University of Melbourne here: https://www.climatecollege.unimelb.edu.au/speaker/prof-tim-flannery 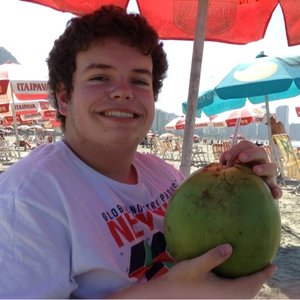 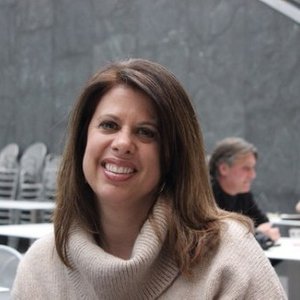 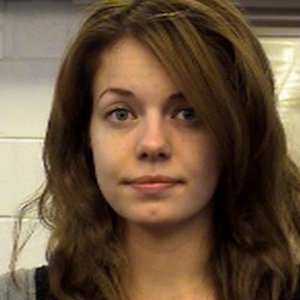 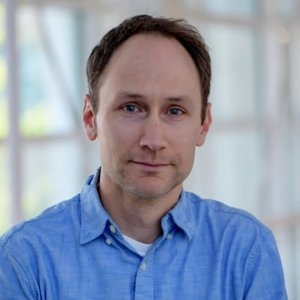 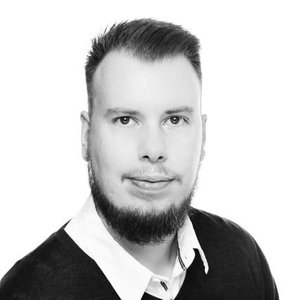 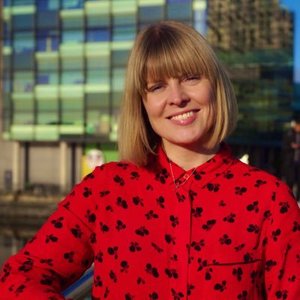 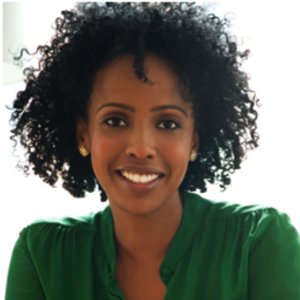 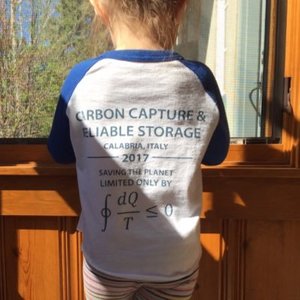 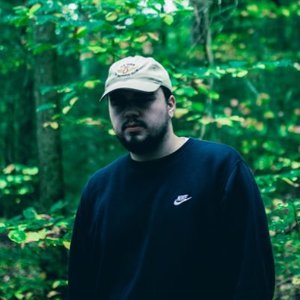 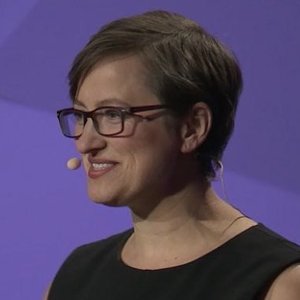 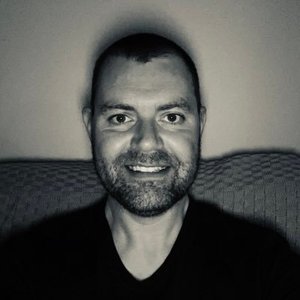 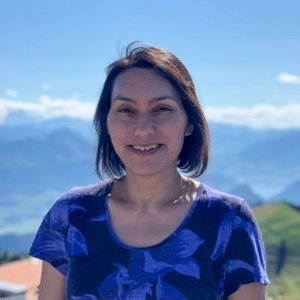 Professor Tim Flannery is one of the world’s foremost climate scientists, activists and communicators. Starting his science career as a paleontologist and mammalogist Professor Tim became absorbed in the science of climate change having seen the impacts first hand, notably in the mountains of New Guinea where he witnessed the tree line encroaching on alpine peaks and on the Great Barrier Reef where devastating bleaching events occurred for the first time. As the host of this podcast episode (Tim Silverwood) and a devoted environmentalist, I have the utmost respect for Tim Flannery. His early books The Weather Makers (2005) and Here on Earth (2010) were transformative to my evolving mind that wrestled with my innate sense that humans were radically transforming the planet and the science that supported my concerns. Tim Flannery helped make me into the environmentalist I am today. And I’m not the only one, hundreds, thousands, millions have listened and read his science and posturings - charging them with a fire to turn their thoughts into actions. In this episode we focus on the current state of affairs in 2021 and how humanity’s recent experience in “following the science” to address the Covid-19 pandemic sets the stage for a renewed approach to addressing the climate crisis. Now, more than ever, humanity has proven our ability to respond to an immediate threat and navigate the disruption with our species’ interests at the centre - can we do the same for the imminent and gargantuan threat of climate change. For more information on Professor Tim Flannery visit his Wikipedia page here: https://en.wikipedia.org/wiki/Tim_Flannery To learn more about his new book ‘The Climate Cure’ visit here: https://www.textpublishing.com.au/books/the-climate-cure-solving-the-climate-emergency-in-the-era-of-covid-19 To learn more about The Climate Council visit here: https://www.climatecouncil.org.au/

Professor Tim Flannery outlines his manifesto for humanity’s survival of the “climate emergency” in the Australian Museum’s (AM) inaugural Talbot Oration. The event was held free to the public on Thursday 3 June 2021 at 6:30PM in Hintze Hall at the Australian Museum. In his speech, Professor Flannery made the case for using Australia’s approach to COVID-19 as a model for responding to climate change, outlined in his new book, The Climate Cure: Solving the Climate Emergency in the Era of COVID-19. Professor Flannery spoke about the opportunity for Australia to lead in addressing the climate crisis and implement a prompt, effective, science-led government policy on management – and survival – of the climate threat.Following the keynote address, Professor Flannery was joined by Professor Veena Sahajwalla and multi-award-winning journalist Rae Johnston for a panel discussion moderated by former AM president, businesswoman and sustainability adviser Sam Mostyn AO discussing solutions and actions the public can take to help minimise climate change impact.

The Climate Action Show17th May 2021 Produced by Vivien LangfordTIM FLANNERY AT THIRROULAN EXTINCTION REBELLION PICNIC GuestsProfessor Tim Flannery- The Climate Council, Author of  The Climate CureText Publishing — The Climate Cure: Solving the Climate Emergency Wollongong can prosper from a future without coal, Flannery says | Illawarra Mercury | Wollongong, NSWMithra Cox -  Wollongong Councillor for the Greens, Musician with The LurkersSharon Posell and Craig Peritt - Protect our Water Alliance. POWAHOME | Protect Our Water Alliance | WollongongOlatunji - Poet at the picnicIKNAG - Illawarra Knitting Nannas against gas The Femmes Fatales - Wild brass band led by Mel WishartFuneral band Les Femmes Fatales performs feminist protest act at HONK! Oz - ABC NewsNaia Webb - Illawara Climate Action NetworkThe Illawarra Climate Coalition - Home | Facebook  THIRROULThis is coal country south of Sydney.The Illawarra escarpment looming over Extinction Rebellion's picnic is riddled with coal mines. Many of them are causing damage to the river beds and swamps above with losses to Sydney's drinking water catchment. DH Lawrence and Frieda stayed at Thirroul and they would have loved the celebration of life that XR brings to the contemplation of climate catastrophe. The brass band with its melodramatic funeral march,  the children making tomb stones for lost species and the serious speakers were not at all macabre.In the background you will hear cockatoos screeching home to roost and children pelting across the grass in sack races.Tim Flannery told us that the Earth's climate System sets the deadlines not politicians. He now lives in this community and is energised by the battle ahead, as they make the transition from coal and gas. Mithra Cox talked about being on council and how we must elect climate activists. Her long experience as a musician supporting many causes has given her the courage to be a leader. Craig Peritt from POWA has worked in the mines and has seen the water gushing in from cracks in the riverbeds. His dream is for green steel at Port Kembla. Will Twiggy Forrest make it a reality? He said our role as activists is to be informed, to be constructively angry, smart and well organised. Sharon Possel explained just what it took for this community to succesfully stop  an  extension of the Dendrobium Coal mine.Dendrobium coal mine expansion rejected by planning commission, John Barilaro vows to overturn ruling - ABC NewsMillions in federal budget for Port Kembla hydrogen-fuelled power plant | Illawarra Mercury | Wollongong, NSWThere is so much more to this programme than the named leaders. You will hear the voice of a child of five and three quarters who witnessed the 2020 Bushfires, there's a poet and  many climate activists, young and old who are energetically making the transition away from the industries and jobs of the past.To take action consider lending your support to Protect our Water Alliance Protect Our Water Alliance (list-manage.com)Leave a message for The Climate Action Show at 3CR 03 94198377

Climactic thanks the Impact Studios team for allowing us to share this five-part series with you. There is an unlikely hero that could help deliver us from climate catastrophe, and that hero is found washed up on our beaches and lives deep in our oceans.In this final UTS 4 Climate conversation, Professor Bob Carr sits down with Australia’s best-known climate author and scientist, Professor Tim Flannery to discuss the innovative ways we could draw down the carbon that exists in our atmosphere, and the urgent need to begin this work. UTS 4 Climate is a five-part podcast series bringing together leading thinkers from politics, economics, science and journalism to continue the conversation on climate change. This audio series creates a space to explore climate change from all angles and find practical answers to what we can do to address the climate crisis and secure our futures. The series is hosted by marine science student Erika Wagner, who works at the Institute for Sustainable Futures. Erika introduces listeners to a range of fascinating conversations held in 2020 by Professor the Honourable Bob Carr, NSW’s longest-serving Premier, former Foreign Minister of Australia and UTS Industry Professor of Climate and Business. Hear from a diverse range of guests on where Australia has gone wrong on our approach to climate, opportunities to reduce carbon emissions, how to talk about climate in a way that makes a difference, and what it will take to achieve a sustainable future. This podcast was made by Impact Studios at UTS in collaboration with the Institute for Sustainable Futures.Support the show: https://www.climactic.fm/p/support-the-collective/

The End Of The World As We Know It (2014) | Tim Flannery, Elizabeth Kolbert, Steven Pinker & Jaan Tallinn

What does the future hold? A reign of world peace with stunning medical breakthroughs conquering death, illness and disease? Or a world where human beings have destroyed the web of living things and put our own existence at risk by playing with science we don’t fully understand? Must we think in terms of these extremes to create a positive future or prevent disaster? Join a panel of brilliant optimists and pessimists to understand some of the amazing risks and opportunities that lie before us. Tim Flannery is an Australian scientist, activist, author and editor of over twenty books, former Chief Scientist at the federal Climate Commission, and currently leader of the independent Climate Council. Elizabeth Kolbert is an American environmental journalist and author. She is a staff writer at the New Yorker and the author of several books, including Field Notes from a Catastrophe and The Sixth Extinction: An unnatural history. Steven Pinker is an experimental psychologist and one of the world’s foremost writers on language, mind, and human nature. He is currently Johnstone Family Professor of Psychology at Harvard University and his most recent book is The Better Angels of Our Nature: Why violence has declined. Jaan Tallinn is a founding engineer of Skype and Kazaa, a co-founder of personalised medicine company MetaMed, and a co-founder of the Centre for Study of Existential Risk at Cambridge.

The latest State of the Climate Report has confirmed our worst fears: the climate crisis has arrived here in Australia, and we're running out of time to act. Does Australia's response to the COVID-19 pandemic hold important lessons for dealing with this existential threat?