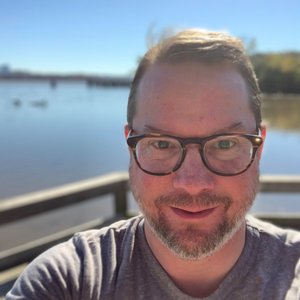 Betting The USL with Tim Lawson

Dan and Vesty sit down with Tim Lawson for an in-depth look at the landscape of soccer sports betting as it relates to the USL. While not as glamorous as the top European leagues, the opportunities that a smaller league provides to knowledgably bettors means that opportunities about, even on a weekly basis. From the person just getting into betting soccer up to people who have wagers in weekly, this interview will gives you something new to think about and consider with a new USL season in front of us. Tim Lawson:  The Bettor Life and  Bet The USL SteelArmy.comSteelArmypgh@gmail.comJoin the Steel Army Discord: https://discord.gg/h6aBDt2Detroit Away Trip Signup:  https://docs.google.com/spreadsheets/d/12SidrVYj1lm39VPF34NrTlKwO3JiiV0pvkpm1ArPh6k/edit?usp=sharingBeautiful Game Network: www.BGN.fmThe Houndsy Theme, courtesy of Rocketman and the Space Babies: www.Facebook.com/spacebabiespgh The post Betting The USL with Tim Lawson appeared first on Beautiful Game Network.

This week's guests are Ron Waples and Tim Lawson. 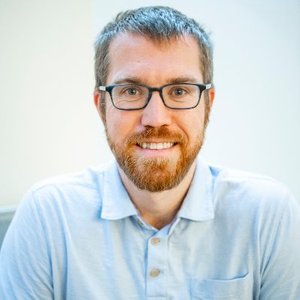 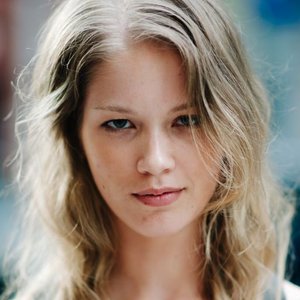 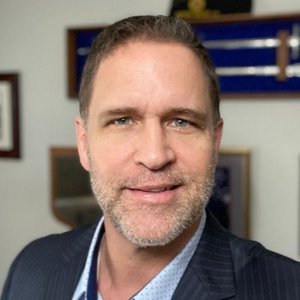 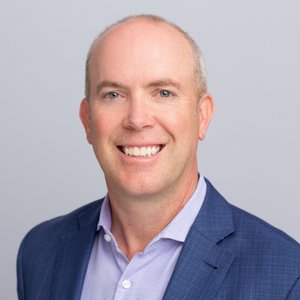 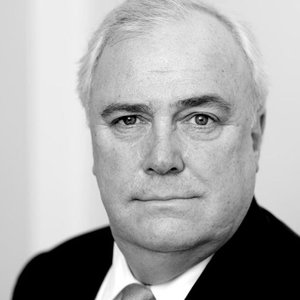 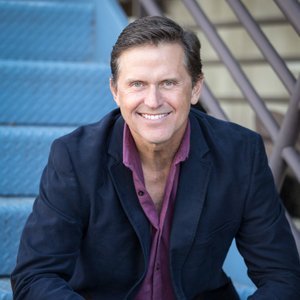 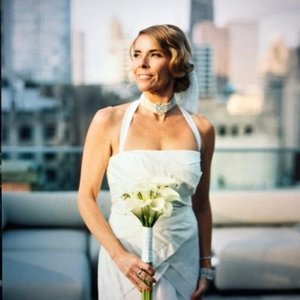 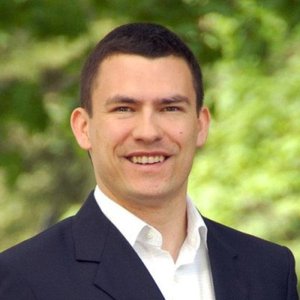 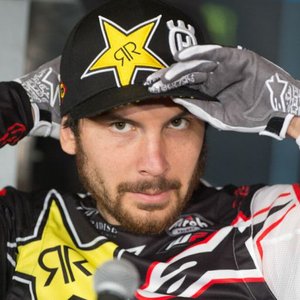 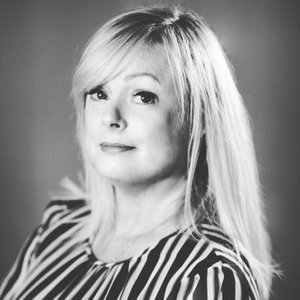 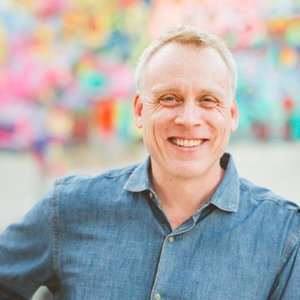 Tim Lawson is an exceptional contemporary American artist whose work is widely-recognized and on display in notable public collections like the Portland Museum of Art, Farnsworth Museum, Yale University Art Gallery, National Cowboy &amp; Western Heritage Museum, and more.   Tune in to learn more about his perspective on and lifelong experience with art.  https://tallenlawson.com/

From the cardboard to chemo, Tim Lawson's journey of resilience started as a young teenager battling Hodgkin’s Lymphoma, and now he joins us as the newest member of the #YearOfTheVet family! November 2002… a 17 year-old aspiring B-Boy gets diagnosed with cancer… May 2003: remission… 2006: a Hard-Charging Marine. Not too long after separation... a suicide survivor...This conversation takes Tim from behind his mic, and gives him the platform to talk about himself for once—and thank God for that! The conversation we have is so rich with knowledge and personality, and we cover topics as deep as depression, to the reason we should wear pants during an interview.Tim created his foundation in Digital Media in the days before podcasting and social media were popular forms of entertainment… and what that means is that he’s been honing his craft for the better half of decade, having created and ended more projects than Thanksgiving dinners you’ve eaten since Y2K. What drove him was the love he had for talking to people, as well as being able to freely create creative content—and throughout that time he got to experience the highs, and he also really experienced the lows. And because of his journey, he’s able to come onto #YearOfTheVet and share the lessons learned during his road to the top!Tim and I talk transition (of course), entrepreneurship, podcasts… but we also talk about the importance of seeking out someone to be able to talk to, as well as the expense of “finding yourself.” A lesson learned from this conversation is to not keep your mouth closed when you want or need something, and that it’s ok to rely on your network for not only times of abundance, but also in times of need.As it pertains to dealing with depression, which Tim is well versed in, he mentions that awareness is key, and suggests that an individual should seek out therapy when feeling good and happy, and not as a last resort—or when depressed. And that’s mainly because therapy should be seen as a tool, and not as a weakness or a burden.And speaking of tools… Tim shares a few of his favorites, that he feels will help individuals be better versions of themselves!I had a phenomenal time talking to the man with the Golden Voice, and I hope that you enjoy this conversation with Marine Corps Veteran… Mr. Timothy Lawson!---------------------------Show Notes (5:14) The Voice of an Angel (6:01) The Grand Ol' Man of Podcasts (6:48) Pre-Marine Corps Tim (7:25) Who Needs School When You Have a Cardboard Box? (7:56) Passionate About Passions... (8:51) When Life Strikes... (10:33) Being Invincible. (14:38) From B-Boy to Barracks... (19:04) Is Serving Your Country Unethical? Survey Says... (20:12) Becoming the Best of the Best... of the Best. (21:44) Geography for Marines... (22:48) Marine to Media Mogul! (23:32) The Regrets of a Content Creator… (25:28) That Moment When Tim Shows His Age... (26:59) The Perks of Podcasting (28:39) Tim's Transition into the Unknown (31:13) Pride and Homelessness (32:34) The Knowledge Nobody can Prepare you for... (33:49) You are Worthy! (36:06) How Tim Learned to Wear Pants... (37:28) The Resources (un)Available (38:09) Tim Talks Transition (39:46) Shining Light on the Dark (43:30) Tim has a Revelation... (45:13) Growth from Death (48:13) Acknowledging Triggers (50:51) Controlling the Controllables (52:02) A Different Type of Therapist (53:36) Tim's Thoughts About Therapy (55:12) How Hard Work Pays Off... (55:56) First, No entrepreneur really knows what they're doing (56:29) Nobody wants to ACCOUNT! (57:41) The Legend of the Mysterious Work/Life Balance (59:09) Same Say Luck, I Say Prepared... (1:02:23) Tim's Words of Wisdom-----Shout Outs:Veteran EmpireThe friends that opened their doors.TalkSpaceThe WifeyFred Wellman – ScoutCommsUSAASVAGoRuckMark Rockefeller – Founder of Street Shareswww.One2ManyProject.com

We start off 2020 with a bang, hosting arguably one of the most handsome players in QLD football and also one of the most down to earth, Tim Lawson. In this first half of Episode 2 we discuss all things from; Tim's playing history, TC's vibrator and dealing with a serious injury + the mental health issues involved with that. In the first addition of our two half episodes Tim really opens up and gives us such an amazing insight into his life involving the game. A massive thanks to Tim and we hope you enjoyed this episode as much as we loved filming it! #TSBPodcastP.s. Stay tuned for the second half of this weeks episode, as we get on the mighty Rog Hunter. The second half will be uploaded this FRIDAY! So save the date and get keen. Another cracker tackling serious issues and sharing some seriously funny stories...Oh and please follow our socials yewww:www.instagram.com/subsbenchpodcastwww.facebook.com/thesubsbenchJust on a side note, if you are still reading... is that us as a team here at TSB Podcast and Tim himself would like to say we are always up for a chat. If you are struggling mentally or even know someone struggling with some mental health issues PLEASE feel free to contact us or anyone on our team. Mental health in football is serious and as a community we want YOU to know we have your fucking back. There is always help out there and don't ever be afraid to seek that help. Cheers, The Producer.https://livin.orgAny questions or just want to get in touch contact us at:thesubsbenchpodcast@gmail.comCheers! Happy new year :)SPECIAL MENTIONS TO:Atter Studios &amp; Zander Guy (Producer) www.atterstudios.comWynnum Golf Club &amp; Rog Hunter (Location) www.wynnumgolf.com.auJordan Dozzi (music)Scissors Paper Rock (drinks) www.scissorspaperrock.com.au

#586: Fueling your body for performance and life with Tim Lawson

Nutrition is perhaps one of the most talked about topics not only in sports performance but in very day life these days. We know that is accounts from (depending on who you talk to) anywhere from 60%-90% of how we look, feel and perform.When it comes to athletic performance it is obviously more challenging to have a meal on the go and a number of years back we saw the introduction of nutrition “gels”. Todays guest is a man who you could say has made these gels not only his fuel for his sports performance but also his fuel for life. Tim Lawson is the founder of Secret Training and has been in the sports nutrition business for a number of years.In this show Tim talks to us about how he got into the nutrition business, what’s important when looking for quality products and a whole load of things about the food industry that caused us a certain amount of surprise that’s for sure.Enjoy the show.Check out Secret Training here https://www.secret-training.com/

Photography and Vision with Tim Lawson

Links mentioned in this episode. https://brentbergherm.com/workshops/ww-print/ https://brentbergherm.com/workshops/oregon-coast-2019/ https://brentbergherm.com/workshops/denver/ http://www.susanburnstine.com Announcements. Today’s show is an interview with a listener, Tim Lawson, and we’re talking about Vision and working to execute that vision. But there’s a few other announcements I want to take care of before we get on with the interview. Denver meetup. Denver one-day workshop. Oregon Coast. Walla Walla and Palouse Workshop. Final call for Blue images via the facebook group. That wraps up the announcements, let’s hop on over to my conversation with Tim Lawson and this idea of vision. This is an enhanced episode, so if you have the ability to see the photo on your device, and if you’re not driving, go ahead and take a peek now so you know what we’re talking about, it’ll also have been posted to the facebook group a few days ago so you can also find it there. Topic: Tim Lawson, welcome to the show… Tell me about your image. Let me describe it first for the listeners, but then I just want to know how to came about this image. It’s a young woman in a cape and mask standing on a rock hill holding a large branch with a lantern over her shoulder. The stars are behind her with a significant swirl going on. Tell me about how this image came together and how you also worked in Photoshop to make this all happen.

Enjoy is previously Patreon exclusive episode featuring Tim Lawson from The Bettor Life. This was recorded in April 2019. We talk about gambling, Atlantic City, and so so much more.

Today's show is with Tim Lawson, Digital Communications Specialist, Speaker, Podcaster, and Professional Veteran. As a Marine Security Guard, he had the opportunity to talk to interesting people all over the world. Now he brings that passion for conversation to his podcasts, where his goal is to introduce his listeners to fascinating, driven, inspiring people. He also kicked Cancers ass. Enjoy! www. AmericanDreamU.org.