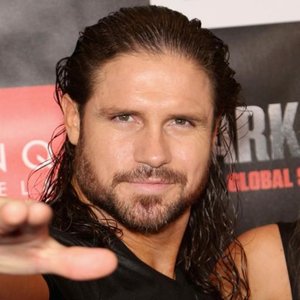 Join me in another episode of CM Punk Matches PPV by PPV. Join me as I watch along with every single CM Punk WWE PPV match. Today I watch CM Punk defend his ECW title in a triple theft match against The Miz and John Morrison. Match was: CM Punk vs. The Miz vs. John Morrison – Survivor Series (2007). Please buy our shirt: https://www.teepublic.com/en-gb/t-shirt/13668606-know-your-wrestling-nwo-logo?store_id=486178 Please subscribe to our YouTube: https://www.youtube.com/c/KnowYourWrestling Please like and follow: www.facebook.com/knowyourwrestling/ twitter.com/KYourWrestling Subscribe to Tony: www.youtube.com/user/LoserQuestShow www.youtube.com/channel/UCj8-aurGivxuW6HM_u94V2A www.youtube.com/channel/UCie84qi0lY0o-CMNzj4frbQ Follow Richy: www.twitter.com/RichardFilmer1 Follow Nick: https://www.facebook.com/nickevemusic/

The Walkway to Fight Club

WWE superstar John Morrison is the latest to join the podcast. Morrison discusses beating Randy Orton on Raw, getting to show what he did away from WWE on the big stage, what'd it mean to win the Money in the Bank ladder match. #WWE JohnMorrison #MITB Support this podcast at — https://redcircle.com/the-walkway-to-fight-club4117/donations 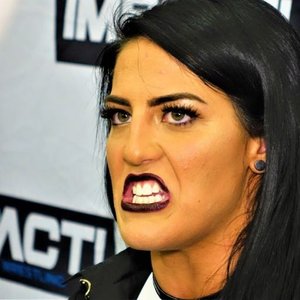 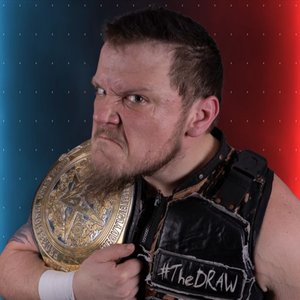 Host "The Man They Call" Meathead has joining him once again the lovely Linda Kay to talk about Raw and Smackdown hitting the road for TV with new sets, Morrison thinks the Miz is dead, AEW Music for wrestlers plus a review of Raw and more for Tuesday May 18th 2021

John Morrison was a legendary figure in GAA circles and a genius in the coaching world. On today's show we remember the great man, on the second anniversary of his death. Paddy Savage, Jim McCorry and Turlough O'Brien all share their memories and stories of John Morrison.

Johnny Impact, Johnny Mundo, Johnny Nitro, and John Morrison are just a few of the names used by today's superstar. But the only name we care about is Boone. We take a trip south of the border for bounty hunting action. Or, at least, what action movies think bounty hunting is all about. Along the way, we learn about the biggest bounty of all....friendship.

The Talks With TE Podcast

On the fourth episode of The Talks With TE Podcast  TE. P &amp; B. Jones chop it up with a historian in every sense of the word. John Morrison (@John_Liberator) is a writer, musician, and teller of OUR stories from Philadelphia, PA. He has bylines in many publications, he just recently released a book that deep dives into the making of The Roots' critically acclaimed album, Do You Want More?!!??! , with the same title. In a conversation that felt more like a reunion with distant cousins, the fellas talk about John's upbringing in Philly (4:15), why Black writers MUST tell Black stories (40:41), how one night on Twitter turned a love for The Roots' Do You Want More?!!??!  album into a book paying homage to an incredible moment in Hip-Hop and Philly history (1:06:03), and much more. Music: Schooly D | PSK The Roots | Do You Want More?!!??!

The Miz talks about his new USA Network game show Cannonball and the latest on Miz &amp; Mrs.' new season, his longstanding rivalry with Daniel Bryan and their Talking Smack altercation, feeling like he has more to do in his career, John Morrison's return to WWE revitalizing him, a possible Universal Championship run and more.0:00: Intro2:10: On getting the hosting gig for Cannonball, producers asking for Mike &amp; not The Miz4:31: On if he's run through the Cannonball course yet6:43: On the show providing an escape for people during the lockdown and pandemic8:22: On how the show treats the competition aspect seriously10:12: On his UpUpDownDown Championship loss to Tyler Breeze11:54: On feeling like he has more left to do in the ring, John Morrison revitalizing him, their songs13:51: On feeling he had to prove himself early on in his career, if he's still fighting for that respect14:51: On his longstanding rivalry with Daniel Bryan, their famous Talking Smack altercation18:38: On his team with John Morrison being a turning point for his career, CM Punk's beef with him20:20: On if he and Morrison are looking to target Braun Strowman again after the Swamp Fight, possible Universal Title run22:46: On adjusting to working under quickly-shifting situations due to COVID-1924:07: On the upcoming third season of Miz &amp; Mrs.26:08: Outro

The latest edition of The SmackDown WineDown is now live for your listening pleasure. Your host and humble guide Keila Cash recaps the highs and lows from last night's show. The Rundown Includes: A rare Impact Wrestling discussion heading into tonight's Slammiversary PPV with probable appearances from WWE free agents, Nikki Cross is slowly channeling her inner psycho sister, Braun Strowman demolishes John Morrison,  Matt Riddle &amp; AJ Styles shine in the main event spot as they face-off for the Intercontinental Championship, and I make some bold Extreme Rules predictions (minus match outcomes). Press play and subscribe today! Check out my appearance on The Fandom Effect Podcast dishing all things professional wrestling with Mark Halberg: https://podcasts.apple.com/us/podcast/1-2-kick-out-lets-dive-into-wrestling-with-keila-cash/id1506262530?i=1000485277851Follow me on Instagram: https://www.instagram.com/wrestlesoaptopia/Follow me on Twitter: https://twitter.com/ladywrestlingx

In this case study interview, John talks about his goals with Mandarin Chinese, past struggles with language learning, and success with Mandarin Blueprint.