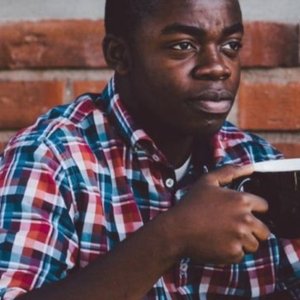 Demi Adejuyigbe, Jamie Loftus, and The War and Treaty

Demi Adejuyigbe and I have at least one thing in common: No one knows how to say our last names. I first learned of Demi back when I was a frequent guest on @Midnight on Comedy Central, when he was a writer and online content-creator for the show. The stuff he makes, especially the musically based-stuff, was so way out and funny it blew me away. We’ve been something like distant friends for a while now, and I always post how it is a travesty that this man does not have his own TV show (he just writes on them). Seriously, google his stuff and watch it. Holy shit, right? This ep was a fun one that’ll make your day fly by. THE CALLS: 1) A lady’s roommate doesn’t want to renew the lease. SHOULD SHE MOVE OUT AND STUDY OVERSEAS?? 2) Demi’s friend Grace called in to ask: HOW DO YOU REVIEW FRIEND’S WORKS OF ART (tough one!)? 3) A nursing student working 12-hour shifts asks, how do I not be dead on my feet by the end (tougher one)? 4) A guy alone in a new town asks, HOW DO I MAKE FRIENDS (the toughest one!)? Thanks, Mightys! Enjoy.Call Matt and ask a question 323-763-0228New episodes arrive every Thursday via The Laugh Button.For advertising opportunities email advertise@thelaughbutton.com Learn more about your ad choices. Visit megaphone.fm/adchoices 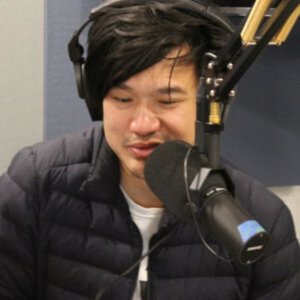 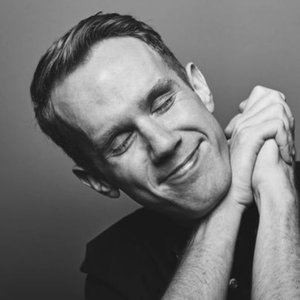 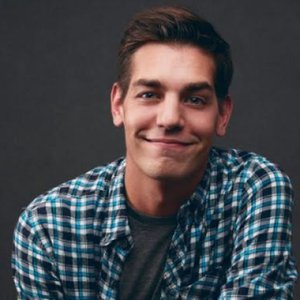 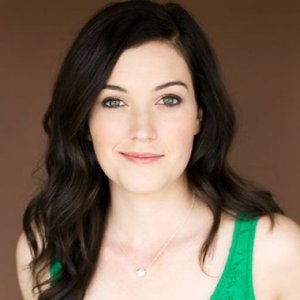 Four Favorites: Demi Adejuyigbe on I, Tonya, Lady Bird and the true meaning of love

This episode, we do a f—kin’ triple with Demi Adejuyigbe; screenwriter, comedian and, quote, “not a critic”. Demi runs hosts Slim and Gemma through his four Letterboxd favorites: I, Tonya (“every scene is like candy to me”), Ocean’s Eleven (the Soderbergh one), Hot Rod (“the last truly great American goofball comedy”), and Lady Bird (“it literally changed my life”). Plus: the joy of Mary Poppins, the fear of rating movies in public, and the pleasure of watching F9, in costume, with 34 of your closest friends. Related links: The Letterboxd list of films mentioned in this episode Malcolm Campbell, comedy editing legend The Fast and the Furious collection The Jackass collection “The Refined Nothing of Hot Rod” via Bright Wall/Dark Room Malin Åkerman on her figure-skating past Petfurniture’s tweet on the currency of love 70mm Podcast Credits: This episode was recorded in Philadelphia, Los Angeles and Auckland and edited by Slim. Theme music: ‘Vampiros Danceoteque’ by Moniker. Transcript by Sophie Shin.

Our 200th Episode! Can ya believe it??? And what better way to celebrate than talking with our good pal Demi Adejuyigbe about the newest Fast &amp; Furious film, F9. We put the film through our usual diagnostic test to see how it stacks up against the other Fast &amp; Furious films. Plus, we take a Fast &amp; Furious quiz to test our knowledge of the franchise as a whole. We have ‘Staff Picks,’ as usual. And, Producer Casey surprises us with a little something in honor of our 200th Episode. It is a ginormous show that is a culmination of all 199 previous episodes!Staff Picks:Ify – FastlaneDrea – Good on PaperAlonso – Jean of the JonesesDemi – Police StoryWith Ify Nwadiwe, Drea Clark, Alonso Duralde, and Demi Adejuyigbe

Demi Adejuyigbe is back to help Lauren and Nicole finish out their Tyler Perry season with Madea's Farewell Play (2020). Follow Demi on Instagram, and check out The Amber Ruffin Show on Peacock.Like the show? Rate Newcomers 5-Stars on Apple Podcasts and let us know what franchise they should check out next.Advertise on Newcomers via Gumball.fmSee omnystudio.com/listener for privacy information.

He’s a bad mother...pod your cast! Demi Adejuyigbe (The Amber Ruffin Show) joins Griffin and David to discuss the cultural legacy of Detective John Shaft - most specifically, John Singleton’s 2000 interpretation. Is there enough sex in this version of Shaft? What does Shaft mean when he says, “Giuliani Time!” ? Does Jeffrey Wright put too much paprika on the sandwich? Listen here! This episode is sponsored by: MUBI (mubi.com/check) Brooklinen (CODE: blankcheck) Ritual (ritual.com/blankcheck) Join our Patreon at patreon.com/blankcheck Follow us @blankcheckpod on Twitter and Instagram! Buy some real nerdy merch at shopblankcheckpod.myshopify.com

Demi Adejuyigbe joins Sydnee to talk about all things baking. Demi has spent the pandemic perfecting his macarons (not macaroons) and following recipe after recipe. He's a fan of baking because it makes him feel like a self-sufficient frontiersman, but he’s not fond of eggs, or egg juice! You can follow Demi, the karaoke king @electrolemon to see his comedy and baking creations! Follow Syd @justsydbw and write to her at hey@headgum.com. See omnystudio.com/listener for privacy information.

The Wardrobe Malfunction with Demi Adejuyigbe and Jessica Jean Jardine

189. Anything Goes: In Montana! (with Demi Adejuyigbe)

Zach and Jess are joined by freakin' genius Demi Adejuyigbe (The Amber Ruffin Show) for a classic tale of star-crossed love set in the high stakes world of fashion... but also Montana in "Anything Goes: In Montana!" Can sleeves be protected by a patent? Should you trust this apothecary? What is even one thing you know about Montana? With songs like Hot Solid Juice, I Choo Choo Choose (to Fall for You), and Being A Teen you'll definitely probably know some of the answers to those questions! Want to see a video of this madness? Join us at offbookclubhouse.com to support the show and get videos, downloads, and more!See Privacy Policy at https://art19.com/privacy and California Privacy Notice at https://art19.com/privacy#do-not-sell-my-info.

Punch Up The Jam

Demiz Navidad it's a thanksgiving miracle: Demi.UNPUNCHABLE JAM: 'Glass, Concrete &amp; Stone' by David Byrne.For more Punch Up The Jam, become a Patron today! You'll support the show plus perks like:MP3 downloads of the punch upsEarly access to the songs for upcoming episodes — Miel reads her favorite comment on airSecret mixtapes made by Miel in a theme chosen by youMonthly bonus episodes discussing the mixtapeCheck it all out at www.patreon.com/punchupthejam.See omnystudio.com/listener for privacy information.