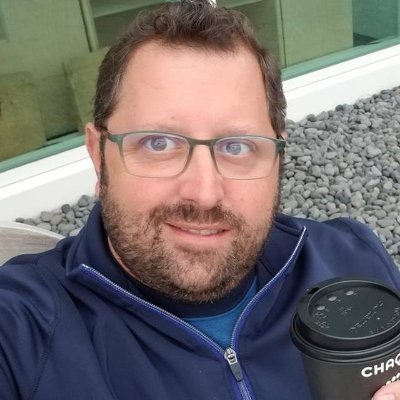 Andy Priesman joins me on this episode of the Unstoppable Profit Podcast.   Andy is a veteran in the insurance industry and has led it with utilizing innovative technology and processes.   Join us as Andy and I discuss: Growing the business using direct mail to bring in new clients Utilizing a Producer style program for sales Cover Desk: Hiring assistants to allow the account managers and producers to focus on acquisition and retention About My Guest: Cover Desk founder, Andy Priesman, is an insurance industry veteran with significant and extensive operational experience. He knows what it takes to make an independent insurance agency run well because he’s done it in his own business. Andy has blazed a trail of innovation in an industry not known for being on the cutting edge of technology or new processes. With Cover Desk, he’s bringing his experience and innovation to agencies like his who need help competing against the big insurance brands. Before Cover Desk, Andy established Greenway Insurance in 2007 and still owns the company today. Andy started his career with the New York Life Insurance Company and later started a Farmers Agency in 2005. In 2008 after Hurricane IKE, Andy saw the writing on the wall with Farmers. He decided to turn his agency into an independent insurance agency, specializing in personal and commercial lines insurance. Andy expanded carrier markets and opened up locations offices in Dallas, Austin, Texas, and Oxnard, CA, and Manila, Philippines. Andy added insurance agents, new carriers, and ultimately serves the client and not only one insurance company. Today Greenway Insurance is a tech-focused mid-sized independent firm serving consumers and businesses in Texas, Florida, and California. Greenway Insurance has received numerous awards, including the INC 5000. Andy Priesman is a native Houstonian and grew up in Sugar Land, Texas, and later earned his bachelor’s degree from the University of Kansas. Today Andy lives in Austin, Texas, with his beautiful wife Elana and his daughters Mia and Evie. https://www.linkedin.com/in/andy-priesman-6286834/ http://www.greenway-ins.com/ https://coverdesk.com/ Until next time, get out there and make a difference, be unstoppable, and leave no regrets! Gratefully, Mike Stromsoe The Unstoppable Profit Producer Call 800-770-9984 Email info@unstoppableprofitproducer.com The post Episode 61: Special Guest Andy Priesman appeared first on Unstoppable Profit Podcast | Hosted by Mike Stromsoe.

In this episode of the Insurance Marketing Brain Dump Podcast, Keagan Henson of BriteBee goes solo at the ITC Insurance Connect Conference to talk with Andy Priesman of Cover Desk. 1. About Cover Desk | 0:45Cover Desk is an office-based virtual assistance company. They provide client-facing and non-client facing #virtualassistance to retail agencies, Managing General Agents, insurtechs, and more. These virtual assistants help take in phone calls, customer service, billing tasks, and even quoting. 2. How it got started | 1:06Before it was Cover Desk, it was Andy Preisman's office Greenway Insurance. Andy started with one virtual assistant and at the end of the day, he wanted more. It worked so well more #insuranceagents wanted these virtual assistants. Cover Desk makes working with these virtual assistants safe and secure. 3. How can this be seamless | 2:25Cover Desk is not just a call center. These virtual assistants are a part of your company. They are on the phone taking client calls from your agency. Many organizations consider these assistants as a part of their team. The calls are not scripted so it feels seamless. 4. What's in the market | 4:41This is a perfect time to be a part of this growth. If you are willing to embrace change, you can be very successful in this business. The business is changing and everyone is trying to figure out how to make it better. If you're willing to make changes and invest in your agency, there is a lot of opportunity.5. Adopting Technology | 6:05Being able to adopt technology that was created by insurance agents is very important. Not everyone speaks the insurance language and understands the struggles. Insurance agents should be doing business with people that are experts in the insurance agency business. Learn more about how you can gain a virtual assistant through Cover Desk here:https://coverdesk.com/To Learn More about BriteBee.com: WEBSITE: https://britebee.comFACEBOOK: https://www.facebook.com/BriteBeeCoINSTAGRAM: https://www.instagram.com/britebeeco/TWITTER: https://twitter.com/BriteBeeCoLINKED IN: https://www.linkedin.com/companyLearn More About Paradiso Insurance &amp; Paradiso Presents:WEBSITE: https://www.paradisoinsurance.com/FACEBOOK: https://www.facebook.com/InsuranceCT/INSTAGRAM: https://www.instagram.com/paradiso_insurance/TWITTER:https://twitter.com/paradisoinsLINKEDIN: https://www.linkedin.com/company/paradiso-financial-and-insurance-services/ 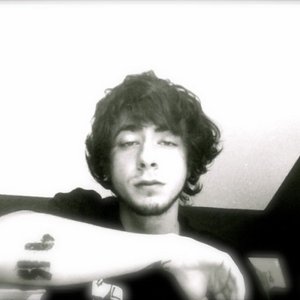 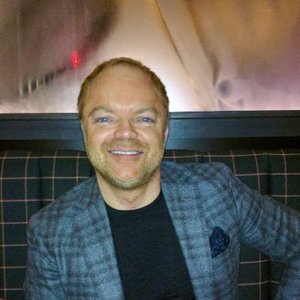 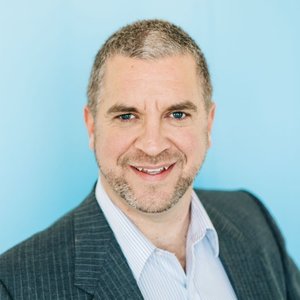 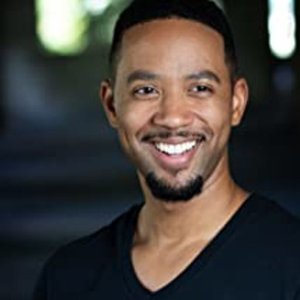 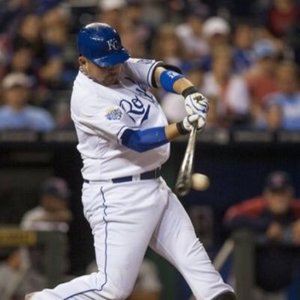 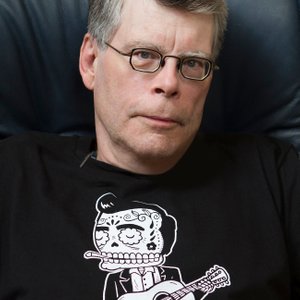 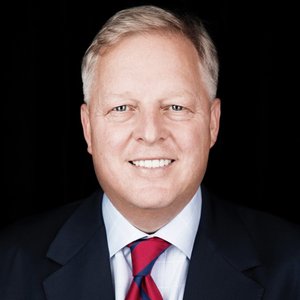 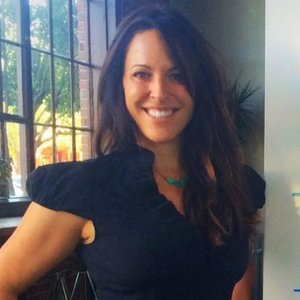 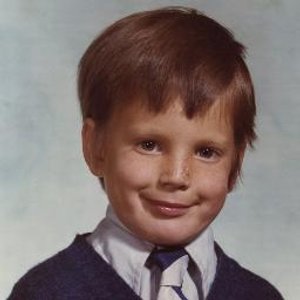 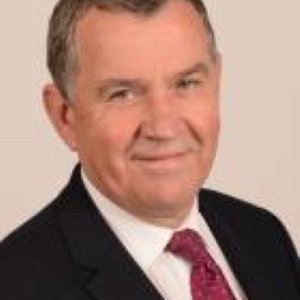 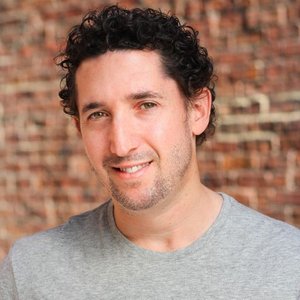 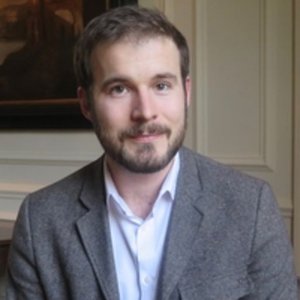 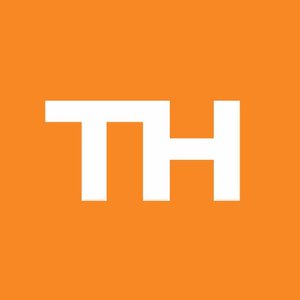 In this episode, the mayor, Heath Shearon sits down with Andy Priesman and they discuss Virtual Assistants, Networking, and state of our industry. If you want to know more about Cover Desk go to their website www.coverdesk.com and check it out. You can also email them at Hello@coverdesk.com, and ask Andy about the Insurance Town discount for all my neighbors in Insurance Town. If you have any feedback or ideas for the show please don’t hesitate to email Heath at Heath@insurancetownpodcast.comFind more info at https://coverdesk.comPodcast production by Ready, Set, Podcast! More info at http://www.readysetpodcast.xyz The postings on this site are my own and do not necessarily represent Encompass’ positions, strategies or opinions.

On this episode of the Insurance Innovators Unscripted Podcast, I speak with Andy Priesman, CEO of Cover Desk, a company helping independent agents, grow, thrive and innovate through use of virtual capabilities. On this episode, we discuss: Simplifying Life for Insurance Agents Keeping Up With Rapid Technology Changes Driving Back Office Efficiencies The Transformation OfRead More

Outsource To Win with Andy Priesman

In this episode, Bradley and Scott sit down with Andy Priesman, CEO and Founder of Cover Desk. The Guys discuss ways that agencies big and small can use virtual assistants to outsource certain tasks in their agency to increase sales and improve efficiency.   Cover DeskHire a virtual professional from Cover Desk who takes care of all the tasks you don’t need a license to perform. Click here for more info &gt;&gt;&gt;Tell Cover Desk that The Insurance Guys sent you.    ////////// Get Scott &amp; Bradleys Spittin' Gold - 7 Things Your Agency Must Do in 2018 &amp; 19