14 of The Best Podcast Episodes for Samuel West. A collection of podcasts episodes with or about Samuel West, often where they are interviewed.

14 of The Best Podcast Episodes for Samuel West. A collection of podcasts episodes with or about Samuel West, often where they are interviewed.

Get a peek into the viral sensation, the Museum of Failure. The museum is a collection of over 100 failed products and services from around the world, items like Colgate Lasagna. What can we learn from these products? The museum's founder Dr. Samuel West said the museum provides a unique insight into the risky business of innovation.

We spoke to Dr. Samuel West, a licensed clinical psychologist and PhD in organizational psychology. He talked about why he started the Museum of Failure, what we can learn from it and his own very personal struggles with failure, which include filing for bankruptcy.

14 Eps
How I Found My Voice

Samira Ahmed speaks to the actor Samuel West. West speaks about the moments that shaped and inspired his voice from growing up in a household of actors with famous parents and wanting to be accepted into the 'family business' to his lifelong socialism.

How I Found My Voice is a new Intelligence Squared podcast that explores how some of the world's greatest artists and thinkers became such compelling – and unique – communicators. 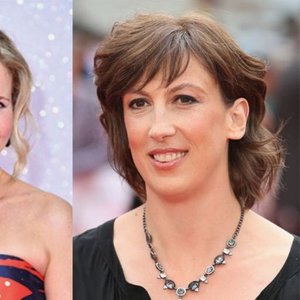 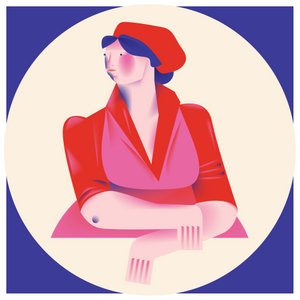 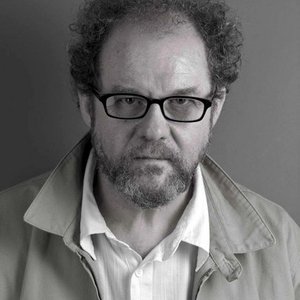 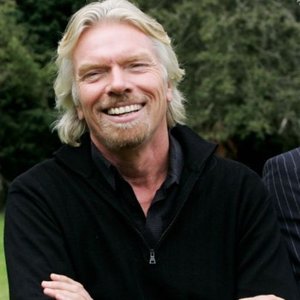 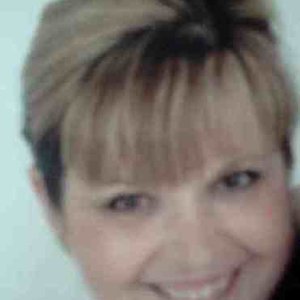 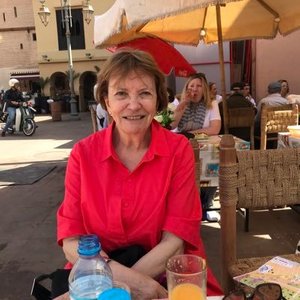 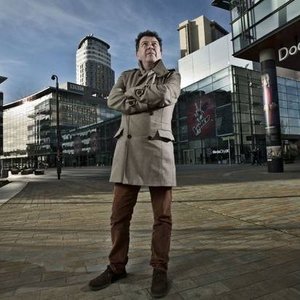 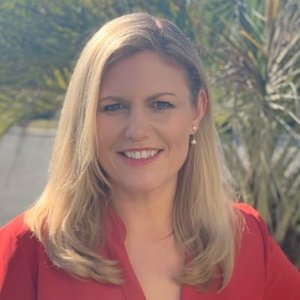 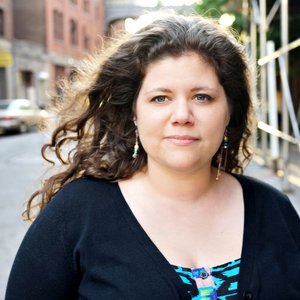 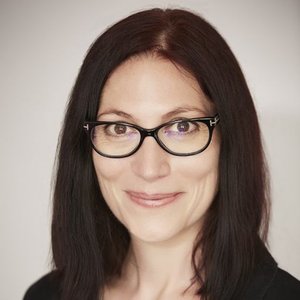 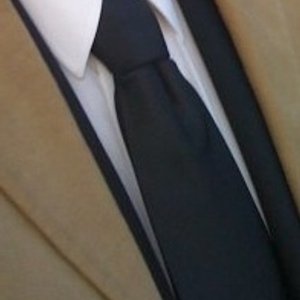 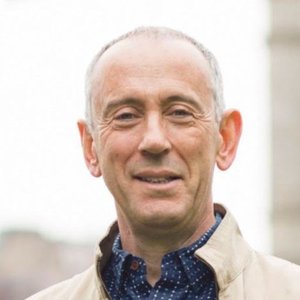 Swedish psychologist Dr. Samuel West's collection of 100 or so failed products isn't just meant to amuse us — he believes that we can learn from failures, too. He's the curator of the Museum of Failure, a traveling exhibition that showcases (and celebrates) some of the biggest busts in business history.

Samuel West is a clinical psychologist with a PhD in Organizational Psychology. He is the founder and curator of the Museum of Failure. The museum’s message is that an acceptance of failure is essential for all innovation and that organizations need to improve their willingness to learn from failure.

The collection consists of over a hundred failed innovations including tech, food, business models and some stupid products that should never have made it past the brainstorming sessions. The museum has locations in Sweden and in Los Angeles, and the traveling exhibit is on global tour. Samuel is American-Icelandic and lives in Sweden.

Podcast From The Past

Joining Tom Jackson to discuss the postcards from their pasts are Forward Prize-winning poet SASHA DUGDALE and actor SAMUEL WEST (Howards End, Mr Selfridge). We discover a postcard that inspired a poem, a city in four countries, explore the joys of postcrossing and lift the lid on an a mysterious nightclub singer from Bucharest. Be energised, not enervated. Wish you were here?

7 Eps
The Road to Now

In this episode of The Road to Now, Richard Samuel West joins Bob and Ben for a conversation on the history of political cartoons in the United States. West tells of how political cartoonists went from independent artists in the early 19th century who sold their work on the streets to become powerful actors in American politics just a few decades later. He also explains how technological and social forces led to the rise, and eventual fall, of political cartoons as a form of satire, and how one of America’s most powerful and corrupt crime bosses was brought down by a single artist and his drawings.

Richard Samuel West is the coauthor of What Fools These Mortals Be: The History of Puck (IDW Publishing, 2014 w/ forward by Bill Waterson) and the founder of Periodyssey, which specializes in “significant and unusual American paper.”

14 Eps
The Need to Fail with Don Fanelli

Dr. Samuel West (The Museum of Failure) talks about the failures associated with launching his Museum of Failure. He also cuts through the crap and chats about the realities of productivity, yearning for the relatable, some of his favorite products in the museum, and the concept of goal free living.

CONNECT W/ THE NEED TO FAIL & DON FANELLI ON TWITTER:

AND PLEASE SUPPORT TN2F ON PATREON FOR BONUS EPS & MORE:

SUBSCRIBE/RATE/REVIEW TN2F on Apple Podcasts, Google Play, Stitcher, or wherever you get your podcasts.

THE NEED TO FAIL IS A FOREVER DOG PODCAST

14 Eps
The Other F Word: Conversations About Failure

Samuel West on The Museum of Failure

Bored and tired of the worship and glorification of success, Sam West founded the Museum of Failure in Sweden last summer, to take away the stigma of failure and instead see it as an integral part of progress. The Museum of Failure has come to Downtown Los Angeles where the Other F Word team met with Sam to tour the exhibit and explore the collection of over 130 failed products and services from all over the world.  From a rental sex doll to Trump University, from Swedish Fish flavored Oreos to The Betamax, failure is highlighted and celebrated. With wit, humor, and intelligence, Sam articulates his views on failure and its role in learning, combating the norm of manufactured perfection and allowing for more freedom for authenticity.

You can find out more about the Museum of Failure at: www.failuremuseum.com

NEXT17 | Samuel West – Learning from Innovation Failure: Lessons from The...

The talk of Samuel West uses the stories of the exhibited items as a backdrop to explore the theme ‘Learning from Innovation Failure’. The main points are: acceptance of failure, improving learning from failure, and establishing a team climate of psychological safety in which it is safe to take meaningful risks.

Failure and Innovation: Google, Apple, Harley Davidson and More. The Museum of Failure is a collection of interesting innovation failures. The majority of all innovation projects fail and the museum showcases these failures to provide visitors a fascinating learning experience. The collection consists of failed products and services from around the world including Google Glass, Apple Newton, and Harley Davidson Perfume.

Dr. West is a licensed clinical psychologist who transitioned into organizational psychology with a focus on innovation. After a visit to The Museum of Broken Relationships in Zagreb, Croatia he decided to create the Museum of Failure which opened June 7th.

About Your Host Jim Harshaw

My name is Jim Harshaw. And I know where you’re at. You’re working hard and qualified for what you do but you aren’t getting what you want. You have plans on getting to the C-suite or launching a business but ultimate success seems as far away today as ever. You’re at the right place because you can get there from here.

And I can help.

I’m a speaker, coach, and former Division I All-American wrestler that helps motivated former athletes to reach their full potential by getting clarity on what they really want and taking aggressive action to lead their ideal life not just despite their prior failures but because of them.

I’m a husband and father of four. And I’m a serial entrepreneur. I’ve launched multiple successful businesses as well as the obligatory failed one. I’ve been the executive director of a non-profit and have raised millions of dollars. I’ve worked in sales. I’ve even been a Division I head coach. While I was born in a blue-collar home I have spent my life surrounded by Olympians, CEO’s and millionaires.

Jim Rohn said, “You are the average of the five people you spend the most time with.”

I’ve learned the habits of successful people and guess what. You’re just like them. I know because I know your type. You’re programmed for hard work, which is a prerequisite for success, but you’ve never been shown how to use what you know to create the life you want with the tools you have.

I will show you how.

Why You are Here

You've worked hard to achieve greatness. You’ve set goals and maybe even set records. You’ve definitely failed and you’ve at some point found yourself questioning if you were on the right track.

You need to understand this: You are far more prepared to succeed than those who’ve not tried, competed, struggled and overcome like you have. That’s the value of your education as someone who aims high. You are prepared to be as successful as your wildest dreams will allow.

Here I will teach you, with the help of brilliant minds that have been shaped by failure, struggle, and adversity, to be who you want to be. I sense that you want this because you have read this far.