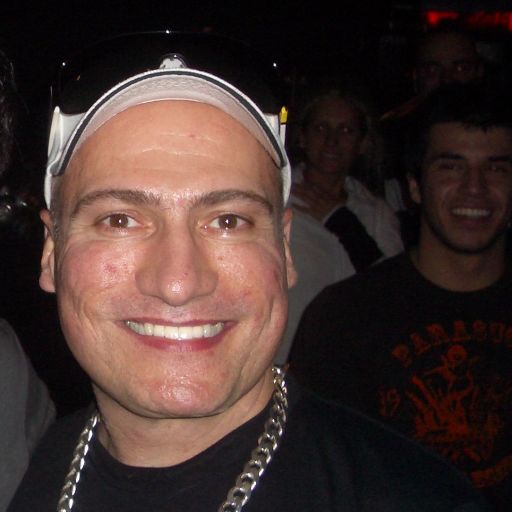 Welcome to this Hacienda special Word Is Love show where we celebrate some of the finest Dance music that played on the Hacienda Dancefloor in Manchester, U.K. throughout the late 80's and into the 90's.There's classics by Louie Vega, Danny Tenaglia, Frankie Knuckles, K-Klass, S-Express and Bizarre Inc plus a number of instantly recognisable 80's and 90's House and Garage banger's that you may be familiar with.All tracks are selected and mixed by @thefunkassassin with Love.Acieeed!!For all past shows click here ==&gt; open.spotify.com/show/0MKYvu4mgAd…WJRhaPIHPtk1Z0agThank you for listening.Instagram: www.instagram.com/the_funk_assassin/Spotify: open.spotify.com/user/g2fac3ls3k8e1ucxe4fqe7g89Facebook: www.facebook.com/TheFunkAssassin/The show was recorded in anticipation of The Hacienda's Live Stream over the first Bank Holiday weekend in May 2020 where the sound of the Hacienda returns to rave you in the comfort of your own Home.TRACKLISTINGSNAP! - THE POWERS-EXPRESS - THEME FROM S-EXPRESSNOMAD - (I WANNA GIVE YOU) DEVOTIONCATHY DENNIS - TOUCH ME (ALL NIGHT LONG) [7" MIX]BOBBY BROWN - TWO CAN PLAY THAT GAME (K-KLASS REMIX)MONIE LOVE FEAT ADEVA - RING MY BELL (TOUCHDOWN MIX)XPANSIONS - MOVE YOUR BODY (ELEVATION) [CLUB MIX]JANET JACKSON - THE PLEASURE PRINCIPLE (DANNY TENAGLIA LEGENDARY CLUB MIX)BLACK BOX - EVERYBODY EVERYBODYKRUSH - HOUSE ARRESTDOUBLE DEE FEAT DANY - FOUND LOVE (DANNY TENAGLIA'S INTERNATIONAL MIX)CECE ROGERS - SOMEDAYFRANKIE KNUCKLES - LET THE MUSIC (USE YOU)[FRANKIE KNUCKLES 12" PRODUCTION]FAST EDDIE - CAN U DANCESTEVE "SILK" HURLEY - JACK YOUR BODY (1986 CLUB MIX)JINNY - KEEP WARM (EXTENDED MIX)HARDRIVE - DEEP INSIDETECHNOTRONIC - PUMP UP THE JAMBIZARRE INC FEAT DANY - I'M GONNA GET YOUN JOI - ANTHEMBIZARRE INC - PLAYING WITH KNIVES (QUADRANT MIX)BABY D - LET ME BE YOUR FANTASY

A huge thank you to all my listeners and particularly to my Patreon supporters. Turned On is supported by my Patreon followers. If you want to show your love for my podcast and what I do, you can give from 32p per episode to support me and in return you can enjoy perks like guestlist benefits for my gigs, exclusive previews of my tracks and extended versions of my club sets.If you want to support me in another way, please give this podcast a 5-star review on Apple Podcasts, repost it on Mixcloud or SoundCloud or buy/stream my music.Follow me on Songkick to receive alerts when I’m playing near you Bookings: info@bengomori.comDiscover more new music + exclusive premieres on SoundCloud  Follow the Turned On Spotify playlist, with over 2000 tracks played on this show and in my sets.Subscribe to RecordReplay, my £10 budget second-hand vinyl mixtape series. Subscribe to Monologues, my podcast series where producers mix only their own productions. Turned On is powered by Inflyte – the world’s fastest growing music promo platform Don’t try and rip tracks from this podcast to play in your DJ set. This is a 192kbps file and it will sound shit. Don’t mug yourself (or the artist/label) Tracklist: Faze Action - In The Trees [Nuphonic]Basement Jaxx - Eu Não [Atlantic Jaxx]Emmanuel Jal - Kuar (Henrik Schwarz Remix) [Innervisions]Stetsasonic - Talkin’ All That Jazz (Dim’s Respect To The Old School Mix) [Tommy Boy]Unknown - The Answer (Gypsy Kink Remix) [UPS]Code 718 - Equinox (The Original Concept) [Strictly Rhythm]Humate - Love Stimulation (Paul Van Dyk’s Original Love Mix) [Deviant Records]The Timewriter - Love Is Just A Timeless Motion [Plastic City]Inner City - Pennies From Heaven (Kevin’s Tunnel Mix) [10 Records]The Aztec Mystic aka DJ Rolando - Jaguar [Underground Resistance]Felix - Don’t You Want Me (Red Jerry &amp; Rollo Remix) [Hooj Choons]New Order - True Faith (Shep Pettibone Remix) [Factory]

History of House Music – 1998 – Danny Tenaglia, Ian Pooley, Everything but the Girl

Danny Tenaglia Has Seen It All Behind The Decks From Yoko Ono to overdoses, the New York legend talk about 30 years of DJing on the Rave Curious Podcast. The first Rave Curious Podcast of 2016 offers a nice long conversation with New York's genre-hopping veteran Danny Tenaglia. From his legendary series of NYC residencies in the '90s and early '00s—Roxy, Twilo, Vinyl—to his equally renowned marathon parties at Winter Music Conference, DT (as his fans call him) has been at the epicenter of the dance music world for 30 years. And while it's been mostly good times, like hanging at the Paradise Garage and working with Yoko Ono, he's not afraid to detail the challenges he's seen after three decades in clubland. "It was too much becoming about the ketamine, the crystal meth, the GHB," he admits, regarding the crash of the New York scene in the late-90s when he first became a star. "Ambulances, hospital visits...the community boards got sick of it." And while he admits to a few nights of early-2000s Ibiza excess during our hour-long conversation in his Hollywood hotel, the 54-year-old Tenaglia is a shining example of a DJ who's maintained his youthful spirit. Learn how he did it by downloading the Rave Curious Podcast.

From disco to techno with one of dance music's most inspirational DJs.

DJ CALBEARBOY'S BE YOURSELF TRIBUTE TO DANNY TENAGLIA MIX