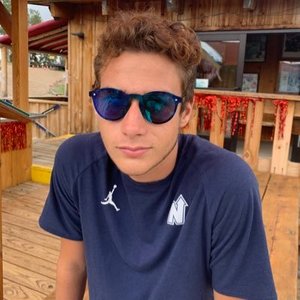 For the last 34 years, I have been a entrepreneur, deal-maker, venture banker, CEO, CFO and very active international investor participating in over 50 global transactions in both private and public companies and owner of an LA based investment bank that was responsible for over $2 Billion in capital finance transactions.A true entrepreneur, at the age of 18, I was on the cutting edge of the 1980's software explosion as the inventor of an early generation PC-based retail inventory point of sale system. Three years later, in 1988, I sold this technology to the world's leading cash register manufacturer (NCR) and have spent the ensuing 34 years providing searching for investment opportunity and deploying "a smart capital syndicated investment" strategy”​ for many global ventures.I launched my private investment office in 1988 and lead a syndicated investment in a small Canadian oil and gas company, rich with opportunity, and helped it grow into one of Canada's largest independent oil producers, eventually listing on the NYSE and acquired by China National Petroleum Company in 2005 for over $4.17 Billion USD.In 2018, with a focus on asset tokenization as the new “FUTURE OF FINANCE. Our group successfully launched, MineralCoin, as one of the first real asset backed digital assets with tokenization for a Portfolio of Africa Mineral Assets and under the new WorldVest Digital Assets Group we have plans on launching a series of new asset backed “Investment Coins and Bonds”.Today, we make direct and controlling investments through WorldEquity, which has assets in the following sectors: Mining and Minerals in Africa, Global Commodity Trading, Real Estate Development and Disruptive Technology and recently lead the negotiations and closing of a $708 Million Port Development and Financing Agreement on behalf of the President of Sierra Leone, the Chinese Government and ICBC Bank in China.The hub of the activity is through WorldVest, which is a fund management and opportunity development organization with an integrated a Global Syndicated Investment Exchange offering investor access and participation into our transactions and special purpose investment funds.__Follow Me Online Here:YouTube: http://youtube.com/danielpuderInstagram: http://instagram.com/danielpuderFacebook: http://facebook.com/danielpuderSnapchat: http://snapchat.com/add/daniepuderWebsite: http://danielpuder.comTwitter: http://twitter.com/danielpuderOfficial Website: http://danielpuder.com—Daniel is an advocate for education as a daily learner, while his vision is to create inspired, passionate, loving youth who are committed to lead significant and purpose driven lives! He is an author, professional speaker, and professional athlete, all of which play a key role in his unique approach to working alongside youth, parents, educators, community members and business leaders in order to provide long term and sustainable results within our schools and businesses in our communities. He travels around the world leading school assemblies, workshops, training seminars and keynote speaking presentations that focus on providing people with the tools and resources needed to be effective mentors. Daniel’s focus and love is being the Founder &amp; CEO of his 501(c)3 Non-Profit that he founded in 2010, My Life My Power World Inc. (MLMP), which provides an evidence-based curriculum and training program to PreKindergarten to 12th grade Schools and Universities who have a desire to impact and transform their student’s lives through mentoring. Over the last few years he has also expanded his expertise into the for-profit world and has now founded 3 more companies. He is currently serving as the CEO of Transformational Technologies®, GPS For® LLC, and Co-Founder/Partner of My Life My Brand LLC. While Daniel’s background is that of a professional athlete (Undefeated Mixed Martial Arts Fighter and Champion of WWE’s Tough Enough Competition), he goes on to tell his story of overcoming challenges and adversity when he was younger. While growing up, he was bullied and harassed almost daily by his peers because he was overweight and labeled with learning disabilities. Over a decade later, and after much success, he decided to use his celebrity title in a way that could truly make a difference for children and teenagers who themselves are facing challenges - not just bullying. Thus, My Life My Power began and since then, Daniel has made it his life’s mission to be build the next generation of mentors that can impact millions of our youth! ACCOMPLISHMENTS Because of Daniel’s dedication to youth, he has received numerous awards such as Humanitarian of the Year Award for the Golden Badge Foundation, Honorary Service Award from the California Parent Teacher Association, sworn into the United States Marine Corp League in 2015, sworn in as a Kentucky Colonel in 2016, and Humanitarian of the Year Award for Heroes For Freedom in 2017.