In this podcast, a joint production of CSIS’s CogitAsia and the China Innovation Policy Series (CIPS), we explore how China’s tech innovation drive fits into the country’s wider economic picture. To gain a sense of whether the Chinese government’s initiatives to develop new technology are succeeding, Scott Kennedy, co-leader of the China Innovation Policy Series project at CSIS, joined China macroeconomist Arthur Kroeber, managing director of Gravekel Dragonomics, an economic research consultancy based in Beijing, to discuss the issue. Kroeber emphasizes the largely positive results from China’s multi-pronged drive to promote high tech. He describes the rationale behind China’s technological innovation drive, highlights the success of leading Chinese Internet companies, and evaluates what options countries like the United States have to respond.     Hosted by Will Colson. Audio edited by Liz Mayes. Written and produced by Jeffrey Bean. . hereTo learn more, visit our China Innovation Policy Series site .here, China’s Economy: What Everyone Needs To KnowListeners can see more about Arthur Kroeber’s book 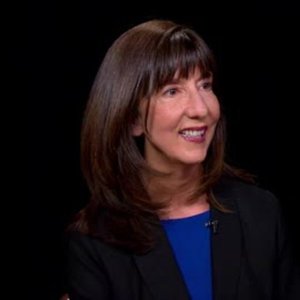 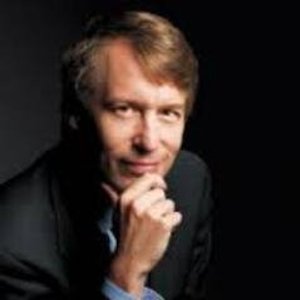 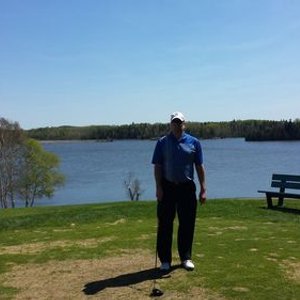 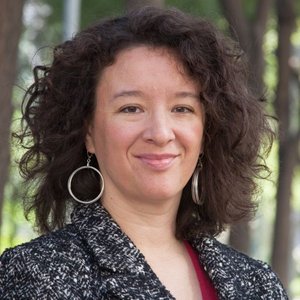 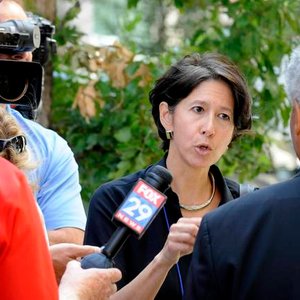 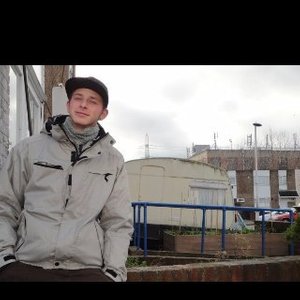 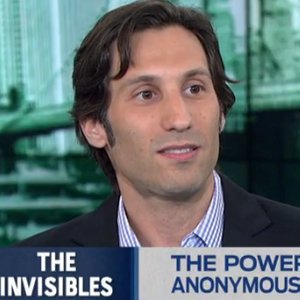 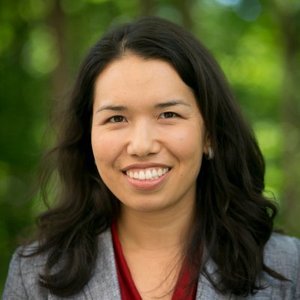 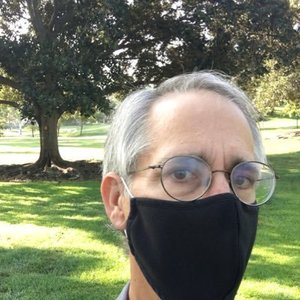 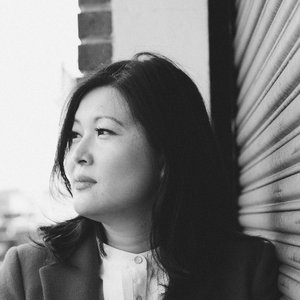 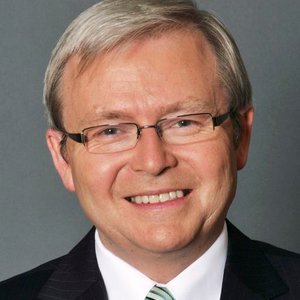 Arthur Kroeber vs. The Conventional Wisdom

In this episode of Sinica, we present an in-depth interview with Arthur Kroeber, the founding partner and head of research for Gavekal Dragonomics, an independent global economic research firm, and the editor-in-chief of its journal, China Economic Quarterly.  Arthur's new book, China’s Economy: What Everyone Needs to Know, superbly explores China's astonishing expansion during the "reform and opening up" period and the challenges the country now faces as growth slows. He provides a clear-eyed take on a huge range of subjects, from the internationalization of the renminbi to local debt to the way China's state-owned enterprises function (or don't). The book is a refreshing antidote to much of the commentary in the media, where "The Conventional Wisdom" we discuss in the podcast consists of doomsayers predicting China's imminent collapse and Pollyannas who see the country as an unstoppable economic juggernaut. We love feedback: Please write to sinica@supchina.com. Recommendations: Jeremy: The Silk Road: A Very Short Introduction by James A. Millward Arthur: The Ibis Trilogy by Amitav Ghosh Kaiser: Soulstealers: The Chinese Sorcery Scare of 1768 by Philip A. Kuhn — Kaiser and Jeremy

9 June 2016With the right economic policies China could continue to grow at a rate of about five per cent per year for another decade says Arthur Kroeber of Gavecal Dragonomics, an independent research firm in Beijing. But the country would have to cut SOEs by up to a half and push through financial reforms. However, Xi Jingping’s economic policies lack clarity and direction. China still depends too much on stimulus measures and credit to keep the economy going. Little change is in the offing with the 19th party congress already looming large.

On August 24, 2015, global financial markets plunged following China’s “Black Monday,” the largest sell-off in the history of the Shanghai Stock Exchange. Following a burst in the stock market bubble in June 2015, trillions of dollars were erased from the stock index throughout the summer, with the largest day of losses hitting on Black Monday. The sheer scale of the stock market crash, accompanied by weak manufacturing data and an unexpected devaluation of China’s currency exacerbated long held concerns by some economists that China’s economic development was unstable. In his new book, China’s Economy: What Everyone Needs to Know, Arthur Kroeberargues that many of these fears are exaggerated. To understand the context of the current economic situation, Dr. Kroeber describes how the Chinese economy has evolved since 1979 and the initial reforms of the Deng Xiaoping era. The Communist Party of China has effectively managed the transformation of the economy. The Chinese leadership was able to learn from the examples of other East Asian “development states.” While there are considerable similarities, Dr. Kroeber notes that there are also profound differences between China’s development model and those of Japan and South Korea; the similarities and the differences have a profound impact on the prospects for China’s economy. As Western economies continue to struggle to rebound from the global financial crisis of 2008, worldwide economic progress has been dependent on China’s unprecedented economic successes. Some analysts fear that systemic flaws in China’s economy will undermine China’s economic potential. Join us as Arthur R. Kroeber discusses the Chinese economy as it moves in a consumer-driven direction amid demographic and environmental challenges, with the National Committee on May 18, in New York City. Arthur R. Kroeber is head of research at Gavekal, a financial-services firm based in Hong Kong, founder of the China-focused Gavekal Dragonomics research service, and editor of China Economic Quarterly. He divides his time between Beijing and New York. Before founding Dragonomics in 2002, he spent fifteen years as a financial and economic journalist in China and South Asia. The National Committee on U.S.-China Relations is the leading nonprofit nonpartisan organization that encourages understanding of China and the United States among citizens of both countries.

In this episode of China Money Podcast, guest Arthur Kroeber, founding partner of GK Dragonomics, talks with our host Nina Xiang, about why he's less optimistic about China's growth in the next couple of years, how the alarmist headlines about capital outflows from China is overdone, and why the 7% number that everyone believes to be the minimum rate required to provide sufficient employment for China's labor force is total nonsense.Listen to the full interview in the audio podcast, watch an abbreviated video version or read an excerpt below.Q: Lately, there have been some media stories on capital outflows, or even capital flight, out of China. How concerned are you about this possibility?A: I'm not terribly concerned for two reasons. One is that the Chinese government still maintains significant capital control measures. There have been some talks that the government will eliminate these controls in the next few years, but I think it's unlikely.The broader point is that China has been used to having one-way capital flows for a long time. Everybody wanted to get their money into China, no one wanted to take it out. Many people thought it's a big problem for the world that China was like a Hotel California for capital: you could check in, but you could never check out.But now we are seeing capital flows in both ways, and with various volumes. Foreign reserve accumulation slowed down dramatically. Lately, we saw some net capital outflows. But this is part of the normal process of the economy adjusting from rapid economic growth on intensive investments to a slower one that's more consumer-driven.Q: What are the specific capital control measures in place right now? A: It's very difficult for Chinese institutions and individuals to move money out of China. Any outflow is regulated under the qualified domestic institutional investor program (QDII) and limited by an annual quota. For individuals, it's close to impossible to move large amounts of money offshore.Chinese companies have been going out to do mergers and acquisitions or greenfield investment overseas. The outward foreign direct investment now runs somewhere between US$50 billion to US$80 billion a year.These are regular capital outflows for every economy. The only concern is if people lose confidence in the economy and everyone takes his or her money out. But that's a very remote possibility.Q: During the Asian Financial Crisis in 1997, some Southeast Asian countries had foreign debt-to-GDP ratios well above 100%. What are some factors that caused the Asian Financial Crisis but are not existent in China right now?A: I think the similarity between the two is that both had incredibly high investment-led growth for a long time. But the differences are huge.First of all, the Asian economies were mainly running current account deficits in the 1990s. China has been running a very sustained current account surplus. Secondly, the Asian countries did a lot of external borrowings, while China has basically none. Finally, China's domestic financial system has a lot of liquidity across diversified assets. That's not the case back in 1997.Q: What would make you become concerned about capital outflow getting out of control in the future?A: On the domestic front, if you see a continued rapid increase of credit-to-GDP ratio, then I'd be concerned that the foundation of China's growth is unstable. That could lead to economic malaise and make people want to put money elsewhere.The second concern is if the government relaxes capital control measures too early. Historically, some sort of financial turbulence usually follows the freeing of interest rates. China is in the process of liberalizing its interest rates now. Any problem caused by interest rate liberalization can be contained with capital control in place. But if capital control is loosened too early, that could lead to problems.