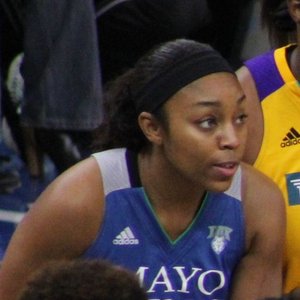 Welcome back to the Bill Bradley Collective, where this week we present our much anticipated season six premier with a profile of women’s basketball great, broadcaster, business executive and philanthropist Renee Montgomery. This season is centered around women in sports, and there is perhaps no better subject when taking into account off-court purpose and achievement than Montgomery. A standout at the University of Connecticut and a multi-time WNBA champion, her on-court career is outdone by a second act that is virtually unprecedented for an athlete. Amidst the wave of racial unrest that enveloped the country during the summer of 2020, Montgomery pressed pause on her basketball career and later retired in deference to social and racial justice initiatives. Join us as we discuss everything Renee Montgomery has achieved in her post-basketball career: from her role in the Atlanta Dream’s support of Raphael Warnock’s successful Senate bid, being the catalyst behind the downfall of sworn Collective enemy Kelly Loeffler, contributions to the Black Lives Matter movement and her Atlanta community, and to eventually being one of three owners of the aforementioned Dream, those are just a few of the boxes Montgomery has checked in her brief retirement from the court. In a space where the content can often be dour and downbeat particularly in light of some recent episodes, the story of Renee Montgomery is every bit as inspiring and encouraging. A model athlete, activist, and executive, Montgomery is as impressive as public figures come, and makes for a true high note with which to kick off our examination of women in sports, this season on the Bill Bradley Collective.

Renee Montgomery shares stories from her life and discusses her meteoric rise in media and gives the LeBatardAF audience a sampling of what they can expect when “Montgomery and Co” debuts on September 22nd!Subscribe to "Montgomery and Co" on Apple Podcasts and Spotify Learn more about your ad choices. Visit megaphone.fm/adchoices 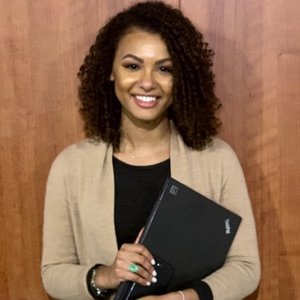 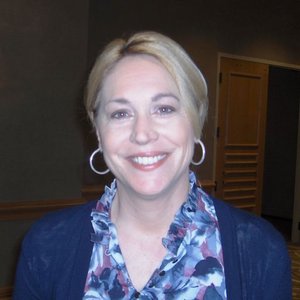 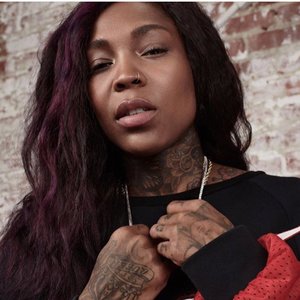 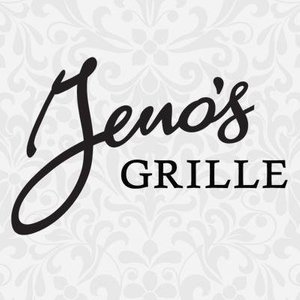 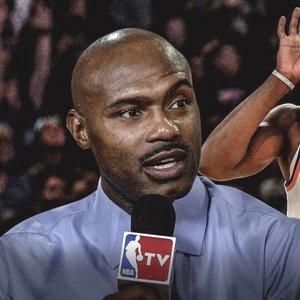 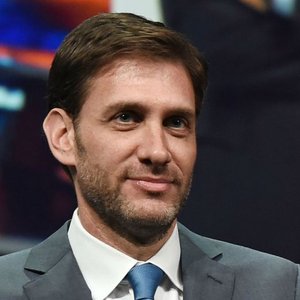 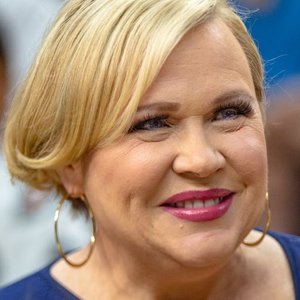 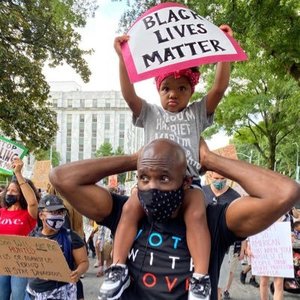 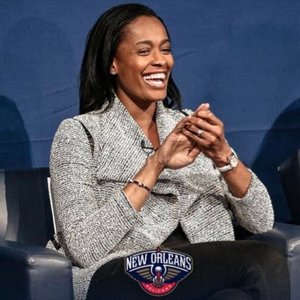 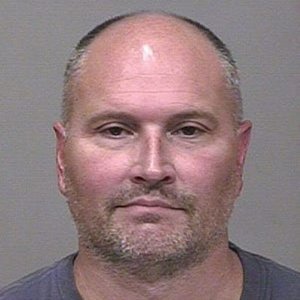 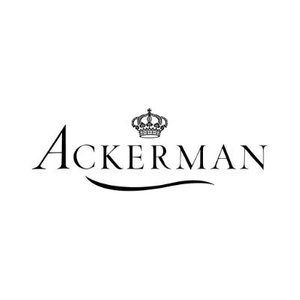 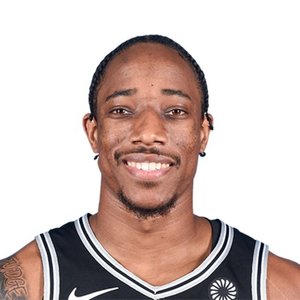 Renee Montgomery shares stories from her life and discusses her meteoric rise in media and gives the LeBatardAF audience a sampling of what they can expect when “Montgomery and Co” debuts on September 22nd!Subscribe to "Montgomery and Co" on Apple Podcasts and Spotify Learn more about your ad choices. Visit megaphone.fm/adchoices

Two-time WNBA champion and Atlanta Dream VP/Part-Owner Renee Montgomery and Ben discuss how she manages to squeeze all of her interests, jobs and responsibilities into a 24 hour day and much more. Co-host of ‘The Fantasy Footballers’ Andy Holloway and Ben discuss who should be the #1 overall pick in your fantasy draft, what we can expect out of Tom Brady from a fantasy perspective and which sleeper QB to grab in the late rounds, why AJ Green could surprise a lot of people on the Cardinals this season, and which rookie running backs could emerge as stars in 2021. Film critic Jeffrey Lyons (Ben’s dad) calls in to discuss MLB’s ‘Field of Dreams’ game and his undying love of the Red Sox and more. Learn more about your ad choices. Visit megaphone.fm/adchoices

Kate Fagan brings us the story of Betty Robinson, a gold medal winner in 1928 who came back from a plane crash to compete in 1936. Plus, Renee Montgomery joins Dan and the crew to compare her athletic achievements to ours, her exploits in the game of Taboo, and Simone Biles. Learn more about your ad choices. Visit megaphone.fm/adchoices

Tea with A & Phee

A’ja Wilson &amp; Napheesa Collier are headed to the Olympics! But first, they’re catching us up on all the WNBA tea, from Team USA snubs to social media beefs. The two All-Stars discuss what it means to be heading to Tokyo, how it feels for A’ja to be reunited with Dawn Staley, and the impact of the NCAA’s new NIL rules. Then, Renee Montgomery stops by to discuss her journey from WNBA player to owner and what it means to be making history with the Atlanta Dream.Hosts: A'ja Wilson and Napheesa CollierGuest: Renee MontgomeryProducers: Ashley Braband, Ambre Moton

Renee Montgomery On Why Atlanta Should Have A Women's Soccer Team

Atlanta Dream owner and WNBA champion Renee Montgomery joins us today to discuss her decision to leave basketball to focus on social justice issues, going undefeated at UCONN, and her interest in bringing an NWSL team to Atlanta.  Have a listen and share this podcast with your friends! Sponsored by: Live Breathe Futbol // Pick up a pair of their highly acclaimed Turbo Shorts at www.livebreathefutbol.com and use the promo code GULLIEST for 15% off your first order.

Behind The Baller Podcast with Ben Baller

His name is Ben Baller, not Ben Humble &amp; he's here to discuss: Miles Davis getting married this weekend, making Doge History with his Topps Project 70 Fernando Tatis Jr. card, creating Gold &amp; Diamond Doge Chains, the bright future of cryptocurrency, putting in your dues &amp; more. Then it's an honor &amp; privilege to have Renee Montgomery (NCAA &amp; 2X WNBA Champion &amp; Co-Owner/VP Atlanta Dream) on to discuss: If there's anything she can't do, where she grew up, if she played any other sports, being a 3x state champion, How she ended up at UCONN &amp; Coach Geno Auriemma, as a Senior going 39-0, How winning a NCAA Championship, WNBA Draft Day, being traded, why WNBA stars have to play overseas in the offseason &amp; her playing abroad, winning a WNBA Championship, the city of Atlanta, Kelly Loeffler, opting out of the 2020 season &amp; that Summer, becoming an owner, being a podcaster, her Atlanta Hawks in the playoffs, her NFT, a question for Ben &amp; more. Then Ben brings it back for the Outro to discuss: Ben Baller Did The Strain meet up in The Bay, Warriors being eliminated from the NBA Playoffs, Lakers losing Game 1 to the Suns, Knicks vs Hawks &amp; MSG vaccinated sections, Kid Cudi pulling up to the crib, Ryder's 7th Birthday &amp; so much more! This episode is not to be missed!Renee launched her own NFTs so go cop that NOW here: https://opensea.io/collection/starting-5Please visit Bambee.com/BallerIf you are interested in NBA Picks/Parlays reach out to @DBPicksWin on InstagramProduced by: DBPodcasts www.dbpodcasts.comFollow @dbpodcasts on Instagram &amp; TwitterMusic by @lakeyinspiredAvailable on all Podcast Platforms, YouTube &amp; BehindTheBallerPod.comBehind The Baller Theme Music Artist: Illegal Kartel (@illegal_kartel_mikal_shakur)Produced by: Gene Crenshaw@yuyuthemaker

This week, CC slings heat about Matthew Stafford, Jared Goff, and the Nets' porous defense before we share our bets for the upcoming Super Bowl—including what CC or Ryan will have to do if they’re on the losing end of those bets (1:20). Then, we’re joined by Renee Montgomery of the Atlanta Dream to discuss her activism as an athlete, sitting out the 2020 season, growing up Black in a mostly white community, and more (31:30).Hosts: CC Sabathia and Ryan RuoccoGuest: Renee Montgomery Learn more about your ad choices. Visit podcastchoices.com/adchoices

The Kyrie situation and Renee Montgomery