Out of Character with Ryan Satin

LA Knight (@reallaknight) is a professional wrestler signed to WWE. He is known for his work in IMPACT Wrestling and NWA under the name Eli Drake. He joins Chris Van Vliet to talk about his Mountain Dew Pitch Black match against Bray Wyatt at the Royal Rumble, being in the ring with the Undertaker at the 30th anniversary of Raw, being managed by the legendary Paul Bearer, and what he learned from him, doing motion capture for WWE 2K games, celebrating his 20th year in wrestling this year, moving on from the Max Dupri character, reacting to people thinking he sounds like The Rock, his WrestleMania plans and much more!For more information about Chris Van Vliet and INSIGHT go to: https://podcast.chrisvanvliet.comIf you enjoyed this episode, could I ask you to please consider leaving a short review on Apple Podcast/iTunes? It takes less than a minute and makes a huge difference in helping to spread the word about the show and also to convince some hard-to-get guests.Follow CVV on social media: Instagram: instagram.com/ChrisVanVlietTwitter: twitter.com/ChrisVanVlietFacebook: facebook.com/ChrisVanVlietYouTube: youtube.com/ChrisVanVlietTikTok: tiktok.com/@Chris.VanVliet Learn more about your ad choices. Visit podcastchoices.com/adchoices 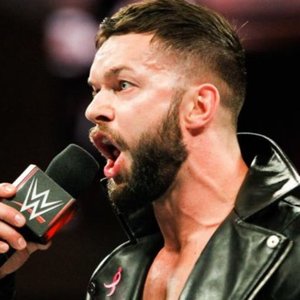 Season 4, Ep. 3On this episode, Chris Belcher and Andy York breakdwon all the news from the world of wrestling. They discuss and celebrate the life of Jay Briscoe! Plus, they discuss everything that happened on Dynamite, RAW, and SmackDown! Did Saraya and Toni Storm need to turn heel? Who will win the Rumble? And what will the lights out match look like? They discuss this and so much more!Twitter: @pbwpodcastPro Wrestling Tees: www.prowrestlingtees.com/PBWPodcast

PWTorch assistant editor Zack Heydorn guest hosts for Wade Keller and is joined by Alex McDonald from PWTorch.com to discuss WWE Smackdown with callers and emailers. Discussion points include new developments with The Bloodline story, pros and cons of Zayn turning on The Bloodline rather than Bloodline turning on him, Bray Wyatt analysis, Gunther ceiling in WWE, what's next for the Smackdown women's division, and more. Enjoy!