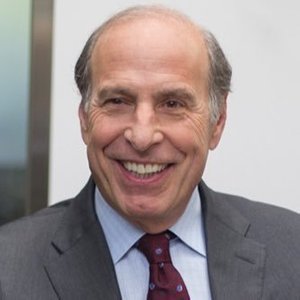 In this episode of Fireside Chat, we invited six CEOs, all of whom have appeared previously on the show to explore leadership beyond the crisis. We spoke about the lessons learned during the pandemic and how this crisis will shape healthcare and its leaders in the years ahead.

108 - Rod Hochman, MD, President & CEO of Providence: Preparing for Healthcare in 2025 and Beyond

Dr. Rod Hochman is the President and CEO of Providence, a national, not-for-profit Catholic health system with 51 hospitals, employing nearly 120,000 caregivers serving communities across seven states: Alaska, California, Montana, New Mexico, Oregon, Texas, and Washington.  In addition to running the third-largest health system in the United States, Dr. Hochman is also the 2021 Chair of the American Hospital Association. He is widely known as a disruptive, innovative leader who is driving change in healthcare – from conceptualizing the hospital of the future to pioneering new ways to marry emerging technology with health.  Rod is a big thinker whose ideas you don’t want to miss on this episode. 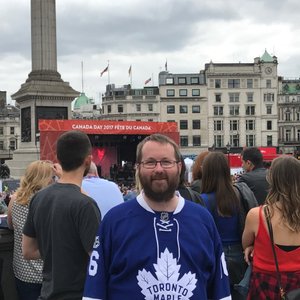 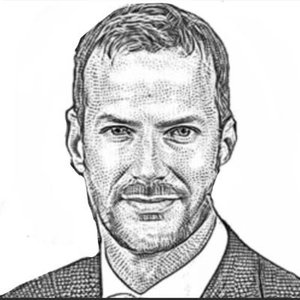 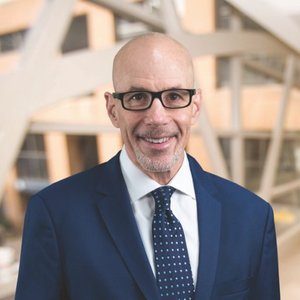 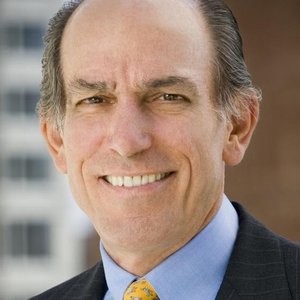 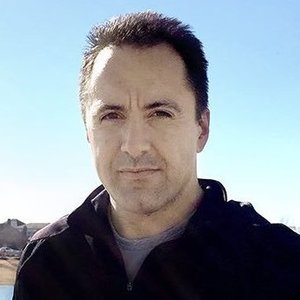 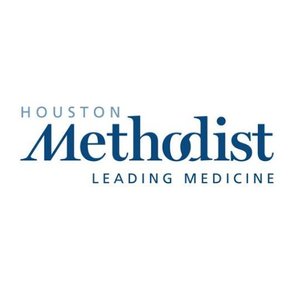 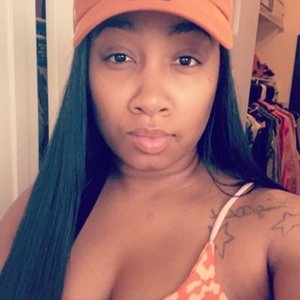 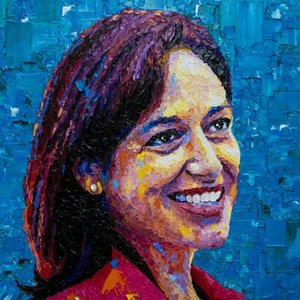 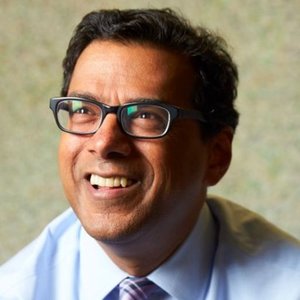 120. Dr. Rod Hochman and Dr. Jim Heath: How Will Healthcare Be Different After COVID?

Institute for Systems Biology (ISB) is a collaborative cross-disciplinary nonprofit biomedical research organization based in Seattle. ISB and Town Hall proudly present ISB President Jim Heath in conversation with Rod Hochman, President and CEO of Providence. Join them for a discussion exploring what the future of healthcare might look like in a post-pandemic world. Dr. Jim Heath is a chemist and the president and professor of Institute of Systems Biology. He also has the position of Professor of Molecular and Medical Pharmacology at UCLA, and he has directed the National Cancer Institute-funded NSB Cancer Center since 2005. Dr. Rod Hochman is the president and CEO of Providence St. Joseph Health, a Catholic not-for-profit health system. He is the chair elect designate for the American Hospital Association (AHA), chair of AHA’s Regional Policy Board 9, and past chair of the board of trustees for the Catholic Health Association. Presented by Town Hall Seattle &amp; Institute for Systems Biology. To become a Town Hall Seattle member or make a donation click here.

58: Marathon and Not a Sprint, with Rod Hochman, M.D., President and CEO, Providence St. Joseph Health

In this episode of Fireside Chat, we sit down with Dr. Rod Hochman, President and CEO, Providence St. Joseph Health to talk about the impact of the crisis on the longer-term impact of the COVID crisis on health systems, key characteristics of a leader in a crisis, and discussion of what the federal government can do to lead change in healthcare and balance its role as a regulator while encouraging innovation.

Mike Milken speaks with Rod Hochman, chair-elect designate for the American Hospital Association and president and CEO of Providence St. Joseph Health, the third-largest health-care system in the United States. With 51 hospitals, 1,000 clinics, and 120,000 frontline caregivers across the seven western states, the Providence St. Joseph team in Seattle successfully identified and treated the very first case of COVID-19 in the United States back in January.Hochman shares what they’ve learned from their time on the front lines fighting the virus, as well as the steps they’ve taken to prepare their facilities, protect their caregivers, and conserve valuable PPE in order to contain cases to a level that has, thus far, been manageable.

13: COVID-19: The Financial Stress on our Sector is Going to be Profound, with Dr. Rod Hochman, President and CEO, Providence

In this Fireside Chat, we sat down with Rod Hochman, M.D., president and CEO of Providence St. Joseph Health. We talked about the role of a leader in a crisis, the need for communication with the board of directors, flexing health delivery assets, and much more.  Please note: The number of COVID-19 cases and the situation referenced in this episode were based on reported data at the time of the interview and are subject to change.

Healthcare is Hard: A Podcast for Insiders

In 1856, the Sisters of Providence began establishing hospitals, schools and orphanages across the Northwest, and that humble beginning planted the seed of what is now one of the largest and most innovative health systems in the country. Providence brings together more than 119,000 caregivers across seven states, 51 hospitals, 829 physician clinics, and many other health and educational services.Being headquartered outside Seattle – with the access to tech talent that location affords – is just one element that has allowed Providence to flourish amid the rapidly shifting healthcare landscape and the pervasiveness of digital transformation. The organization’s foresight to get ahead of this shift was honed under the leadership of Dr. Rod Hochman as CEO and extended through a number of strategic hires, including the addition of former Amazon executive Aaron Martin as Chief Digital Officer.In this episode of Healthcare is Hard, Keith Figlioli talks to Rod and Aaron about the longstanding values and evolving strategies that have kept Providence at the forefront of U.S. healthcare for so long, and how they plan to build on that history. Their conversation touched upon a wide range of topics including:Partnering inside and outside the industry. As more organizations enter the healthcare market to force disruption, Rod goes beyond recognizing the potential of partnerships and points back to a document from the health system’s founding sisters that calls for seeking partnerships.He describes the document as a constitution that remains relevant today as a means to inspire the organization with the values that inspired its founding sisters nearly 175 years ago. In that spirit, Aaron describes later in the conversation how Providence works extremely closely with other health systems and has had more than 120 visit over the past two years to work collaboratively on the challenges they face.The roadmap for new entrants. Thinking back to his days at Amazon, Aaron talks about how he couldn’t imagine a conversation with Jeff Bezos suggesting an opportunity in a low-margin business that’s very complicated, fraught with legal, brand and other risk, where life and death is actually at stake. For these reasons, Aaron is doubtful that tech companies entering the market will get into care provisioning in a big and meaningful way and believes that partnerships between health systems and companies like Amazon and Microsoft will be critical.A focus on SDOH before it existed. One unique piece of trivia Rod shares about Providence involves its continued investment in areas such as housing and education. The system runs an 85-year old liberal arts college in Great Falls, Montana, a high school in Burbank, California and manages public housing for seniors and low income populations in multiple states. In other words, Providence was invested in social determinants of health long before others were thinking about them, providing a high degree of knowledge and experience to address these increasing challenges.Diversifying revenue. In the future, Providence will not be able to exist on patient care revenue alone, according to Rod. That’s why he’s set a goal to create $1 billion in revenue with a 20% EBITA from things other than patient care within the next three years. He talks about the need to become a services company in order to achieve this goal, and gives examples of what that involves.To hear Rod and Aaron talk about these topics and more, listen to this episode of Healthcare is Hard: A Podcast for Insiders.

Rod Hochman, M.D., is the president and CEO of Providence St. Joseph Health, a faith-based not-for-profit health and social services system comprised of over 111,000 caregivers serving patients and communities in 50 hospitals, 829 clinics and hundreds of programs and services across Alaska, California, Montana, New Mexico, Oregon, Texas and Washington. Rod has been selected multiple times as one of the 100 Most Influential People in Healthcare and 50 Most Influential Physician Executives by Modern Healthcare. He is a board member for the American Hospital Association (AHA), chair of AHA's Regional Policy Board 9 and vice chair of the board of trustees for the Catholic Health Association. Rod served as a clinical fellow in internal medicine at Harvard Medical School and Dartmouth Medical School. In addition, he is a Fellow of the American College of Physicians and a Fellow of the American College of Rheumatology.[fl_builder_insert_layout id="3603"]Show Notes: Health ecosystem leaders are working with partners and recruiting talent from new places, all contributing to where healthcare is going. Engaging with the ecosystem involves continued learning, comfort with change, and thinking about what’s possible. Collaboration is indispensable as a technique to solving the tough problems facing population health today such as the mental health national crisis, affordability, and availability of pharmacy and specialty drugs. Embodying mission, vision, and values based on a global concept of health and a better world is about actively living those values when approaching daily work. Health ecosystem leadership must reflect the communities we serve and be centered around the individual with a focus on team-based, whole-person centered care.

This Week in Health IT

Digital changes everything or it soon will. Rod Hochman joins us to discuss the digital transformation of healthcare.  A wide-ranging discussion on priorities, investments, and competition.

Alex Azar was confirmed as the 24th Secretary of the Health and Human Services on Wednesday, about four months after Tom Price's abrupt departure. In a news roundup, POLITICO's Adam Cancryn, Paul Demko and Dan Diamond discuss Azar's confirmation, what his priorities are and what's next for the agency (starts at 2:20). Then after the break, listen to Dan's interview with Rod Hochman, CEO of Providence St. Joseph Health, one of the nation's largest hospital systems, where they discuss care delivery, health care venture capital and the hospital business model (starts at 21:45). The conversation was recorded at the J.P. Morgan Healthcare Conference earlier this month. We'd appreciate your help: Please share PULSE CHECK and rate us on your favorite podcast app! Have questions, suggestions or feedback? Email ddiamond@politico.com. Stories referenced on the podcast: Adam's story on Alex Azar's confirmation: https://www.politico.com/story/2018/01/24/alex-azar-secretary-health-confirmed-trump-nominee-365471 Dan's story on the religious activists on the rise at HHS: https://www.politico.com/story/2018/01/22/trump-religious-activists-hhs-351735 Paul's Pro story on the latest ACA enrollment figures: https://www.politicopro.com/health-care/article/2018/01/stagnant-enrollment-in-state-exchanges-masks-shake-up-in-marketplace-behavior-292657