Dave Thomas of Pardon My American joins the show.

In this episode of Profiles in Credit, Geoff Castle, Portfolio Manager of Pender Corporate Bond Fund, reconnects with Dave Thomas, Principal and Co-Head of Training at The Marquee Group, one of Canada’s leading training organizations for financial analysts and investment bankers. Former classmates at Ivey Business School, Geoff and Dave discuss the art and science of financial modelling, why modelling is the most important shortcut to finding value, and where a financial model might find value today. 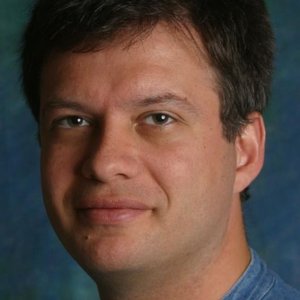 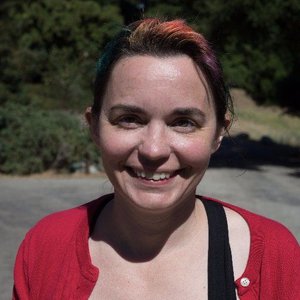 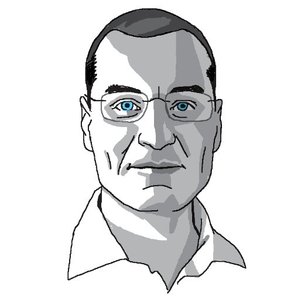 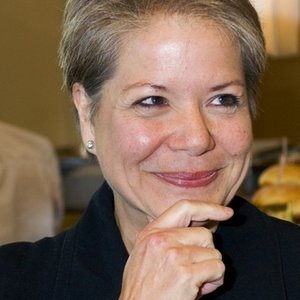 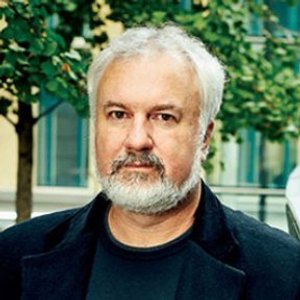 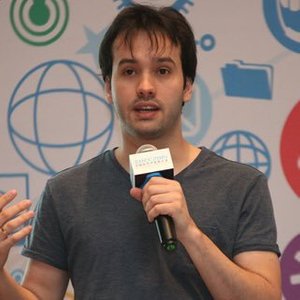 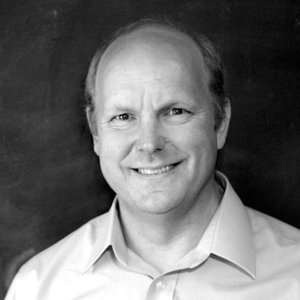 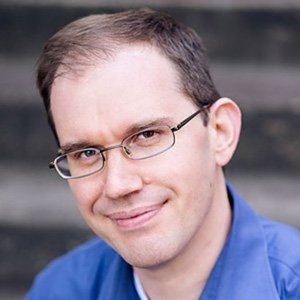 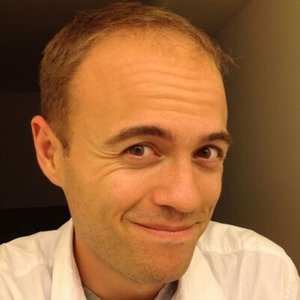 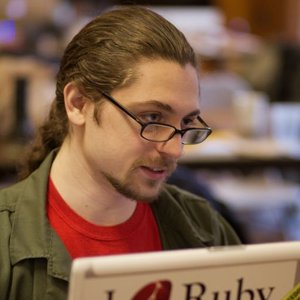 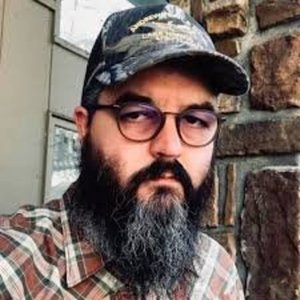 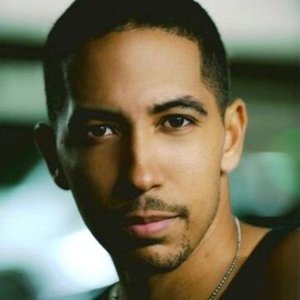 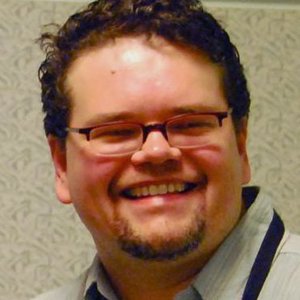 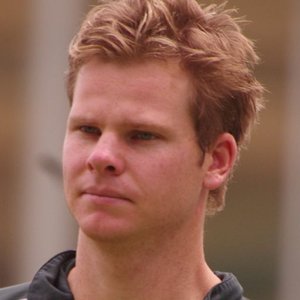 #190: Dave Thomas on Diesel Day, Big Fish, and No Excuses

“We want to write as little software as possible, and we want it to have as much value as possible. If you actually focus on that, it means you have to be close to your customer." Dave Thomas is the founder &amp; chairman of Bedarra Corp, creator of IBM Smalltalk, VisualAge for Java, Eclipse, Kx Analyst workbench and Skills Matter YOW! Australia conferences. In this episode, Dave shared about his personal research, 42D, on ideas we can use to develop high-value software rapidly. He started by describing the current developer’s productivity challenges and touched on the idea that big is not better, relating to the size of the team and code base, and how development tools are becoming more complicated and complex. We then discussed the importance of developers understanding domain knowledge, leveraging tools such as decision tables and spreadsheets, and how the choice of programming language actually matters. Towards the end, Dave shared about using a data-centric approach to deal with legacy systems and his perspective on query as the future of programming. Listen out for: Career Journey - [00:06:17] 42D - [00:15:26] Developer Productivity Challenge - [00:16:37] Maximum Value, Maximum Speed - [00:19:53] Big is Not Better - [00:21:24] Tools Getting More Complex - [00:26:43] Importance of Domain Knowledge - [00:31:02] Decision Tables and Spreadsheets - [00:39:10] Importance of Programming Languages - [00:41:55] Data-Centric Approach with Legacy - [00:47:02] Future Programming is Query - [00:50:51] 3 Tech Lead Wisdom - [00:54:31] _____ Dave Thomas’s Bio Dave Thomas is the founder and chairman of the YOW! Australia and Lambda Jam conferences, and is a GOTO Conference Fellow. He served as the Chief Scientists of KX Systems and the Managing Director of Object Mentor. Dave also co-founded Object Technology International, becoming CEO of IBM OTI Labs after its sale to IBM. Nowadays, Dave is the Chairman of Bedarra Corp, a company he co-founded that created the Ivy visual analytics workbench. Dave is recognized as an ACM Distinguished Engineer for his contributions to Object Technology, which includes IBM VisualAge and Eclipse IDEs, Smalltalk, and Java virtual machines. Follow Dave: Twitter – @daveathomas LinkedIn – https://www.linkedin.com/in/davidathomas Website – http://www.davethomas.net Email – dave@bedarra.com Our Sponsor Today’s episode is proudly sponsored by Skills Matter, the global community and events platform for software professionals. Skills Matter is an easier way for technologists to grow their careers by connecting you and your peers with the best-in-class tech industry experts and communities. You get on-demand access to their latest content, thought leadership insights as well as the exciting schedule of tech events running across all time zones. Head on over to skillsmatter.com to become part of the tech community that matters most to you - it’s free to join and easy to keep up with the latest tech trends. Like this episode? Subscribe on your favorite podcast app and submit your feedback. Follow @techleadjournal on LinkedIn, Twitter, and Instagram. Pledge your support by becoming a patron. For more info about the episode (including quotes and transcript), visit techleadjournal.dev/episodes/93.

We speak to the English Institute of Sports' Performance Innovation Consultant about his role and how he got started.

After more than 8 years of doing the show Ken finally speaks to a beloved member of the SCTV cast as he welcomes, writer, producer, actor, and director, Dave Thomas to the show. Ken and Dave discuss growing up in Durham, NC in the 1950s despite being Canadian, Tex and Edna Boyle's Organ Emporium, giving away free pets with purchases, buying cowboy guns and becoming an arms dealer in the eyes of the Canadian government, working in Radio, Rick Moranis, Westerns, TV theme songs, the explosion of advertising jingles, working for the college newspaper, the Godspell production that changed comedy forever, running the Coca-Cola account, King of Kensington, Second City, SCTV, going to college with Doug Henning, CBC Radio, Tim Conway, writing jingles, leaving a high paying job for a career in the arts, working in ads, selling TV shows, Harvey K-Tel, SCTV Network 90, being the head writer, careers from match books, Brandon Tartikof, the birth of Bob and Doug McKenzie, three minute segments, anonymous writers, John Candy, producing your own wrap arounds, realizing what people can do and encouraging it, the secret of SCTV's parodies, impressions of Spielberg, getting a letter from Spielberg, getting pushed by Richard Harris, directing "The Experts", B-Men, unkillable bikers, stunts, his new book The Many Lives of Jimmy Leighton and how everything is bullshit in the best way.

In this 1040th episode of Toronto Mike'd, Mike is joined by SCTV's Dave Thomas as they talk about SCTV, working with comedy legends like John Candy, Eugene Levy, and Rick Moranis, Bob and Doug McKenzie, Strange Brew, Bob Hope, Grace Under Fire, Arrested Development, and so much more. Toronto Mike'd is proudly brought to you by Great Lakes Brewery, Palma Pasta, Canna Cabana, StickerYou, Ridley Funeral Home and Patrons like you.

Screw the Metaverse! with Dave Thomas

Today on the podcast,  I'm chatting with a good friend and co-founder of one of my favorite gyms in London, Dave Thomas from The Foundry. Dave has a wealth of knowledge on all things fitness, but today we're not here to talk about his gym. Instead, I wanted to get Dave on the podcast to talk about the future, and more specifically about something that we have all seen pop up across social media and various other places in relation to fitness, which is the metaverse of fitness. Now, as you're going to hear in this episode, it's not because I don't think these things are going to impact everyone in a big way, especially in the fitness industry. They definitely, definitely are. It’s more that the metaverse, and crypto, and blockchain are all getting so much airtime and that, for the average fitness industry professional, these concepts are a long way off from impacting how people run their businesses. It's causing a lot of people to stress about a failure to keep up with something that, right now, doesn't matter. Now, on with the episode…Links and References mentioned in this episode:Dave on LinkedIn and InstagramThe FoundryBored ApeWill’s Facebook, Instagram and Email AddressSH1FT Fitness Website

Freedom Church is led by the DLT (Directional Leadership Team) Three of the team, Josh, Dave and Kris get together to talk about what fuels our team meetings (it's the Colonel),  their journey into the church and their anticipation for the book.

The Boys help DAVE THOMAS record the audiobook for his new book The Many Lives of Jimmy Leighton. Watch the video recording of this episode at Patreon.com/TheFlagrantOnes.