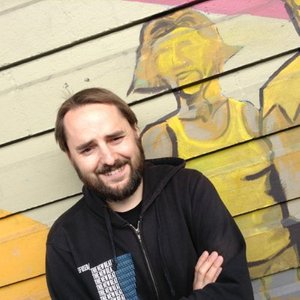 5: This Job is Sh*t with Ryan Patey

In this episode, we chat with solo house sitter Ryan Patey. So much of the discussion around solo house sitting centers on solo female house sitting (check out episode 3 with Kelsey Frey for more on that!). But what about the solo dude house sitters out there? Is it possible to house sit as a guy alone? Sam speaks with Ryan about exactly this topic, which has lead to some interesting experiences around the world, like having to pretend to be a family member of a pet owner!  We talk also about: How Ryan first started house sitting in his native Canada Experiencing cultural differences house sitting in Turkey House sitting around Southeast Asia Exploring different pars of Saigon through house sitting The difficult parts of house sitting Funny parts of house sitting (aka poop stories)His book, This Job is Sh*t much more! Links + Resources Mentioned: Connect with Ryan on Instagram @ryanpatey or on Twitter @ryanpateySnorble, better bedtime routines for kids (project Ryan is currently working on) Ryan's WebsiteRyan's Interview for our blogRyan's book, This Job is Sh*t Ryan's Facebook Live series turned podcast: #OurNewNormal 20% off TrustedHousesittersOur book: The House Sitting HandbookClick to stream the episode on our website (Also perfect for sending to folks who are not yet podcast listeners and don't have a podcast app!)Connect with us:Email us: https://thehousesittingpodcast.com/contact/Follow on Instagram: @housesittingtravel 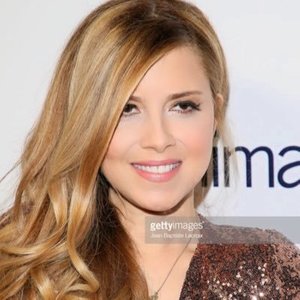 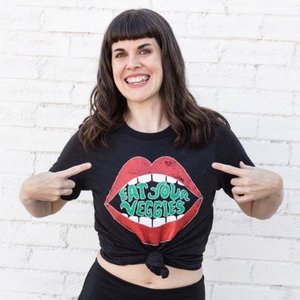 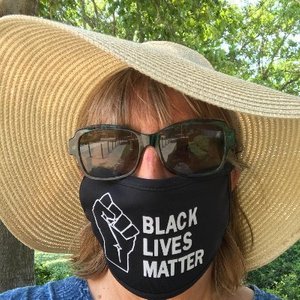 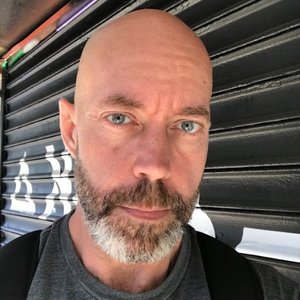 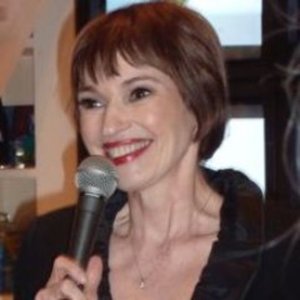 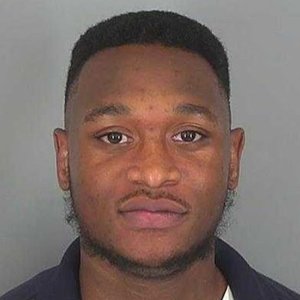 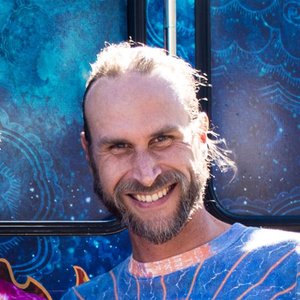 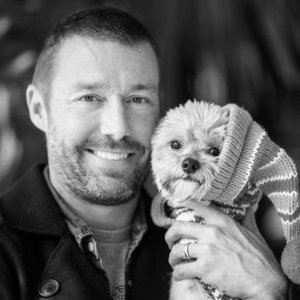 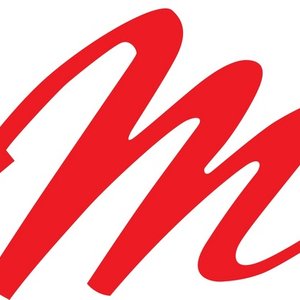 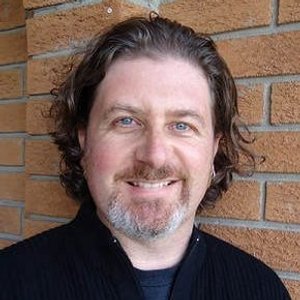 Although I’m certainly not running out of people to interview for #OurNewNormal, a T.O.F.U. Talks limited series, I did decide today to chat with a very close friend about his experience here in Ho Chi Minh City, Vietnam. Not surprisingly, a lot of what he mentioned is similar to what my new normal is like here in Saigon. Basically, I couldn’t have said it better myself. Speaking of saying things, you can find more of Ryan’s thoughts on the pandemic and Vietnam’s place in it on his Medium page here. To find out more about Ryan, check out the following: Website | Twitter | Instagram Podcast Although the interview was originally done as a video chat, you can now listen to it in an audio-only format available on most podcast platforms, as well as below. Transcript Ryan #1: Hello everybody, and thanks for joining me again. For another one of the #OurNewNormal sessions as part of a T.O.F.U. Talks limited series that I’m doing to try and give people a glimpse into the COVID-19 pandemic experience from around the world. I’ve been talking to a lot of vegans that I know, and some people that I’ve actually never even been able to meet, but I communicate with online and I’ve also been able to catch-up with some close friends and people that I’ve known for a long time now. In fact, today I’m lucky enough to be able to interview someone who I’ve probably known the longest and I’m happy to hear from them, and I’m hoping that what they bring to the table for their part of the world will maybe be something you connect with or learn from. So, on that note, could you please introduce yourself? Ryan #2: Sure. I think we do have a lot in common like you said. My Name’s Ryan Patey, and I’m the publisher of T.O.F.U. Magazine and a full-time traveller. Ryan #1: Yeah, no. I think we do have a lot in common, and I definitely agree with you on that. So, where are you now? Ryan #2: I’m in Saigon, Vietnam. I’ve been here off and on for about three years now Ryan #1: Okay. And so, since you’ve been there for a bit, what sort of measures are in place in your area, and do you feel that people are complying with the stuff that is being put out there by the government? Ryan #2: Compliance kind of depends on who you talk to. And, as for the measures, there’s been stuff in place since about January. It’s been kind of a long-term sort of bunch of changes, but the numbers have been really good. And so, hopefully things will continue that way. But I mean, yeah, masks are mandatory. Lots of travel restrictions… Ryan #1: It sounds like, yeah, stuff has been happening there for awhile now. I’m happy to hear that things seem to be going relatively well. On that note, how have the measures impacted you? You know, obviously, you’ve had to deal with some changes. So, you know, how have you been coping with this? What is your secret to keeping yourself sort of positive and motivated during this pandemic? Ryan #2: To be honest, things have been pretty good. Because of the low number of cases, I’m not too afraid. Otherwise, I’ve just kind of trying to be productive. Talking with a lot of friends and family, and trying to keep things going with the magazine. Yeah, I think that’s about it. Ryan #1: Okay. I’m glad to hear that things are going relatively well. I hope that continues. So, looking forward to kind of, you know, when this all ends, which obviously it’s going to happen in different ways in different countries and everything. Maybe, hopefully, Vietnam is kind of closer to that than some other places that I know of, but when this does end, when we kinda get the green light to go out into the world and act, you know, normal, what do you, what do you think you’re gonna take from this experience? What do you think you’ve learned? And what do you hope that the world learns? How do you think, or, how do you hope things change after this tragedy is kind of, just a part of history? Ryan #2: I think for me. I’m going to try and talk more with friends and family. Being socially isolated has kinda pushed that importance for me, and I really hope that the world, kind of, learns to appreciate, you know, frontline workers and so many other people a lot more. More compassion, basically. Ryan #1: Yeah I, not surprisingly, I agree with you. I think, I feel like we’re on the same page in a Lot of ways. Hopefully, hopefully, that’s true. Hopefully that stuff like that will happen. Ryan #2: Hopefully. Ryan #1: I’m glad to hear that, you know, that you’re gonna maybe take something from this positive. For now, I guess I just want to say thanks for sharing your part of the world with everybody and I hope that people get something out of it. Maybe sometime, when we’re able to go to cafes and stuff, we’ll cross paths. We can grab a drink and chat more. For now though. I guess I could maybe offer you this. Ryan #2: Yeah, sure. Thanks. Ryan #1: It’s the least I can do. You’re so kind to join me for this interview. Ryan #2: It was my pleasure. Ryan #1: I hope the rest of your day goes well. I guess, yeah, to everybody else, I’ll see you for the next episode, Ryan #2: Bye.The post #OurNewNormal | Ryan Patey of Saigon, Vietnam first appeared on T.O.F.U. Magazine.

I met Ryan Patey some 10 years ago in the East Village where he was distributing free copies of his magazine, T.O.F.U. Since then we have remained in touch and [...] Continue reading → The post MikeyPod 290 | T.O.F.U. Magazine’s Ryan Patey appeared first on MikeyPod.

How do you travel around the world for five years and not pay a cent for accommodation? It's called Housesitting. In this episode Ryan shares with us what it takes to be a Housesitter, how to get into it, what to look out for, and what it isn't. There are some very useful tips to make it easier for you to commence or enhance your Housesitting experience. Does one get lonely housesitting and only talking to animals most of the time? Do you need to be good with animals to be a good housesitter? What happens when you lock yourself out of the house? Check out Ryans site here https://ryanpatey.ca/

-Jasmin has some interesting experiences on an Amtrak train while trying to write her new book, including one lovely gesture from a fellow passenger.-Jasmin talks to Ryan Patey of T.O.F.U Magazine about publishing a DIY magazine, how his travels influence his views of animal issues, and why looking back at your own early work isn't always the best idea. (13:45)-Mariann brings us Rising Anxieties, including why dairy farmers need a "photo policy." (1:04:30)

Grab a cup of (fair trade, almond milk) Hot Cocoa, put on your favorite (wool-free) flannel pajamas, hit mute on the hockey game, and tune into Red Radio Episode Thirty Nine!  Listen in as Erin Red has an in-depth, casual conversation with Ryan Patey of T.O.F.U. Magazine, everyone's favorite digital vegan periodical.  Ryan and Red talk music, activism, feline YouTube sensations, PETA, authentic Canadiana, and much, much more - you'll be all aboot it!  ...and don't pretend you're not singing along with the outdo song.  Please consider supporting Red Radio by visiting erinred.com and clicking the DONATE button, and subscribe to Red Radio on iTunes today!  If you love what you hear, leave a glowing review, or drop Erin Red a line at erinredradio@gmail.com.  You can also read her blog at erinred.tumblr.com, and find her on Facebook and Twitter @erinred.