Michael Hiller, the founder of Hiller PC, joins us to discuss federal legalization and the lawsuit he brought against then-Attorney General Jeff Sessions to force the US government into legalizing cannabis.

Gina Burke sits down with one of the 2021 recipients for the Jeff Sessions Memorial Scholarship, Jacqueline Barber. Jacqueline is also the first Red River employee to be awarded this scholarship! As an Army veteran, Jacqueline talks about the many life-changing moments throughout her life. Jacqueline embodies what this scholarship represents and we're so fortunate to have her on to share her story. Tune in to be inspired!  For more information please visit our website @redrivercharitablefoundation.com. 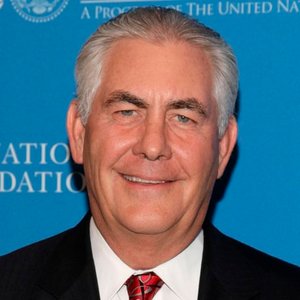 The best - Legal News and Review Podcasting & Be Legal!

The Masters of The Universe (feat. Attorney General Jeff Sessions)

In Today's "Moment of Truth," Saurabh and Nick sit down with Jeff Sessions, former Attorney General of the United States of America and Senator for Alabama, to discuss immigration, the border crisis, Donald Trump vs. China, how the U.S. Chamber of Commerce and RINOs have hurt the American worker, and what can be done to protect the American family against rampant crime and riots.Jeff Sessions was born in Selma, Alabama on December 24, 1946, and grew up in Hybart (pronounced Hib-ert), the son of a country store owner. Growing up in the country, Sessions was instilled with the core values – honesty, hard work, belief in God and parental respect – that define him today. In 1964, he became an Eagle Scout and has received the Distinguished Eagle Scout Award. After attending school in nearby Camden, Sessions worked his way through Huntingdon College in Montgomery, graduating with a Bachelor of Arts degree in 1969. He received a Juris Doctorate degree from the University of Alabama in 1973. Sessions served in the United States Army Reserve from 1973 to1986 ultimately attaining the rank of Captain. He still considers that period to be one of the most rewarding chapters of his life.Sessions’ interest in the law led to a distinguished legal career, first as a practicing attorney in Russellville, Alabama, and then in Mobile, a place he now calls home. Following a two-year stint as Assistant United States Attorney for the Southern District of Alabama (1975-1977), Sessions was nominated by President Reagan in 1981 and confirmed by the Senate to serve as the United States Attorney for Alabama’s Southern District, a position he held for 12 years. Sessions was elected Alabama Attorney General in 1995, serving as the state’s chief legal officer until 1997, when he entered the United States Senate.As a United States Senator, Sessions has focused his energies on maintaining a strong military, upholding the rule of law, limiting the role of government, and providing tax relief to stimulate economic growth and empowering Americans to keep more of their hard-earned money. Sessions has served as a lay leader and as a Sunday school teacher at his family’s church, Ashland Place United Methodist Church, in Mobile. He served as the Chairman of his church’s Administrative Board and has been selected as a delegate to the annual Alabama Methodist Conference.––––––Follow American Moment on Social Media:Twitter – https://twitter.com/AmMomentOrgFacebook – https://www.facebook.com/AmMomentOrgInstagram – https://www.instagram.com/ammomentorg/YouTube – https://www.youtube.com/channel/UC4qmB5DeiFxt53ZPZiW4TcgRumble – https://rumble.com/c/c-695775BitChute – https://www.bitchute.com/channel/Xr42d9swu7O9/Gab – https://gab.com/AmMomentOrgCheck out AmCanon:https://www.americanmoment.org/amcanon/American Moment's "Moment of Truth" Podcast is recorded at the Conservative Partnership Center in Washington DC, produced and edited by Jared Cummings. Our GDPR privacy policy was updated on August 8, 2022. Visit acast.com/privacy for more information.

This episode is also available as a blog post: http://donnyferguson.com/2017/07/29/jeff-sessions-wants-to-steal-your-stuff/--- Send in a voice message: https://anchor.fm/donny-ferguson/message

Episode 9: Let's Talk about Jeff Sessions with the Lifted Ladies

Through the Looking Glass with Tokin Tina

In this episode, Tokin Tina &amp; CannaCamie discuss the potential issues with Jeff Sessions and legalization of marijuana. The girls also talk about some of their new favorite strains! Featured Topics: - Letter written by Coretta Scott King - Where did prohibition of cannabis come from? - Strain reviews - What are your stoner circle rules? This episode was aired in 2017 in front of a live social media audience @ 4:20pm. 👇 Catch Us Live By Following Us On Social Media!!! 👇 FOLLOW US / LIKE / SUBSCRIBE / JOIN THE CONVERSATION - Facebook:  Midnight Greenery - Instagram: @midnightgreenery - YouTube: Midnight Greenery Channel - SUPPORT THE SHOW - Music by Harris Heller --- This episode is sponsored by · Anchor: The easiest way to make a podcast. https://anchor.fm/app--- Send in a voice message: https://anchor.fm/ttlg/messageSupport this podcast: https://anchor.fm/ttlg/support

This week it's a crossover with Jeff from Georgia and the Dissident Peasant podcast. Check out his patreon here. Follow Jeff on Twitter, @jeffhisdudeness.  Jeff Sessions embodies many of the pressing issues of our time: crumbling confederate relics, voter suppression, and racist immigration policies. While his political career may be over, his project lives on.

Why Jeff Sessions lost to a Trump-backed candidate

With Daniel McCarthy, contributor to Spectator USA and editor of Modern Age. On the podcast, he talks to Freddy Gray about how Sessions was defeated by the new cyborg that is the Republican party — half-Trump, half-GOP machine of old, and what this means for Trump's re-election prospects.

Steve and the crew discuss why former Attorney General Jeff Sessions lost his Senate bid so spectacularly in Alabama. Then, they play a game of Buy, Sell, or Hold on a variety of topics including the best video games of the '80s and '90s and whether Greg Abbott will be reelected as governor of Texas. Also, Daniel Horowitz of the Conservative Review podcast joins the program to discuss Trump's re-election chances if schools don't reopen in the fall. Learn more about your ad choices. Visit megaphone.fm/adchoices

Why a football coach could beat Jeff Sessions

Trump's former attorney general wants his Senate seat back. But polling shows Tommy Tuberville — a former football coach and political newbie — ahead of Jeff Sessions in the Republican primary runoff. Birmingham, Ala.-based journalist Eric Velasco talks with Scott Bland ahead of the July 14 matchup. Plus, James Arkin brings us up to speed on the broader Senate map.Scott Bland is the host of Nerdcast and a politics editor at POLITICO.Eric Velasco is a freelance journalist based in Birmingham, Ala.James Arkin is a Senate campaigns reporter for POLITICO.Adrienne Hurst is an associate producer for POLITICO audio.Jenny Ament is the senior producer of POLITICO audio.Irene Noguchi is the executive producer of POLITICO audio.