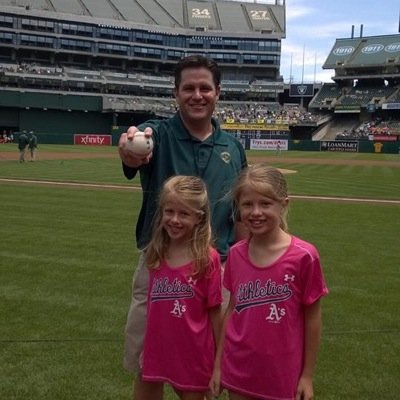 Just Get A Real Job

Three of our writers are joined by veteran union organizer Chris Townsend to discuss labor organizing across history and in the present day. Chris, Remi, Peter and Annie will explore how to do what Lenin emphasized had to be done: how do we inject the political 'good news' of socialism into the workers' economistic struggle? They recapitulate how the Russian Social-Democratic Labor Party situated itself in the labor organizing of the early 1900s, how the 'third period' of the Comintern laid the basis of the formation of the CIO in the US, and attempt to extrapolate what can we learn from those tactics to apply in the present day.

We continue to break down the AL West as Chris Townsend previews the A's season with us on UNR.

Chris and I discuss his experiences on the Pacific Crest Trail in 1982 and how that led to him becoming a legendary writer for the outdoors and Gear Editor for TGO Magazine.

In the world of ultra distance hiking Chris Townsend is outstanding.  20+ books to his credit, the gear editor of Great Outdoors magazine, and the first person to complete a round of the Munros and tops (not as said in introduction) in a continuous journey entirely on foot.In this podcast, Chris shares advice for hikers tackling the 2021 TGO Challenge, a backpacking event across Scotland that has been cancelled for 2020 due to COVID19. Mainly we talk about two amazing ultra-distance walks on the Arizona Trail and the Pacific Northwest Trail.Chris’ websiteTwitter @townsendoutdoorIf you enjoy this podcast, please support the hosting costs by buying me a virtual coffee at www.ko-fi.com/sunartmediaCheck out our YouTube channel

Chris Townsend MacDonald is an environmental scientist and a recovering environmental lawyer. He went from working at the US EPA to becoming a successful entrepreneur founding several successful startups including the IndieFeed Music Podcast Network for independent music which had over 170 million listens, HugeFan, and Libsyn’s Enterprise podcast division where he got to work with companies such as National Geographic, NPR, Fidelity, Pearson, the Joe Rogan Show. Chris is currently developing a computer vision enhanced soil microbe identification platform that involves making soil smarter, making it draw carbon out of the air and into the ground which will have a huge impact on global warming. He has joint degrees in Law and Environmental Policy from Vermont law school. The post Chris Townsend MacDonald | 170 Million Podcast Downloads and Founding Libsyn appeared first on Smart Business Revolution.

I interviewed founder of What Marketing, Chris Townsend, on how building a paid social agency that create video content for clients in the travel sector and finding his work-life balance.Topics we covered:* Moving to Manchester from the North East to learn his trade at MediaCity* Chris has received a lot of great advice from Naomi Timperley * He started out at TunaFish Media as a camera assistant * Chris travelled and shot video content for 4 months in South East Asia is as amazing as it sounds* When creating video content always start with the audience first * The evolution of the social video market from 10 pieces per campaign to over 100 pieces of content* Creating more sophisticated content at volume to get results for clients on Facebook and Instagram * Trying to find the work life balance between being a director of a company, delivering for global travel clients and having a young family at home* Creating separation from your mobile phone to * Working on Veganuary campaigns and trying to move to a more conscious diet after working with vegan clients* Chris gives a valuable insight into his process of creating social video content and then running ads for clients * Top 3 tips from Chris on social video:    1. Set up is key - Transparency of data is key for reporting back on data for social media ad campaigns, always ensure the pixel is set up correctly and everything is being tracked. If the clients doesn’t know    2. Plan the content around the audience - Understanding why you are creating content and who you are targeting when creating social video is essential for getting return on your investment of content    3. Clarity of objectives - Being clear on what you are looking to achieve and ensure that you stick to the original plan that you have set out in terms of KPI’s, audiences and budgets otherwise this will skew the success of campaigns.* James McDonald from TunaFish Media has been a big influence to Chris’s career Links and resources:* Chris Townsend on Twitter* Chris Townsend on LinkedIn* Email Chris - chris@whatmarketingcompany.com * What Marketing on Twitter * Escape from camp 14 bookWe hope you enjoy the episode and if you have any questions please email caseydigital@gmail.com Connect with the host, Paul Casey:@caseydigital on InstagramPaul Casey on LinkedIn@casey_digital on Twitter