The Voicefluencer Show with Audrey Arbeeny

In this episode, Audrey Arbeeny is the owner and executive producer of Audiobrain. Audiobrain is a globally recognized sonic branding boutique dedicated to the intentional development of music and sound. Audrey is one of the best in the industry when it comes to sonic branding. According to Audrey, “Sonic branding is the strategic and creative development and deployment of a consistent narrative of a brand.” See acast.com/privacy for privacy and opt-out information. 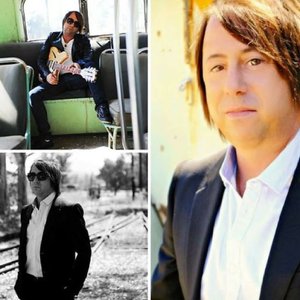 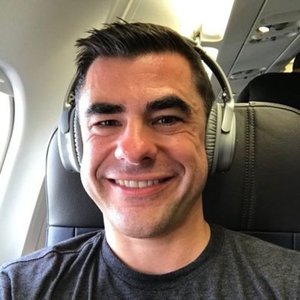 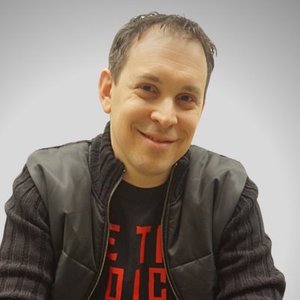 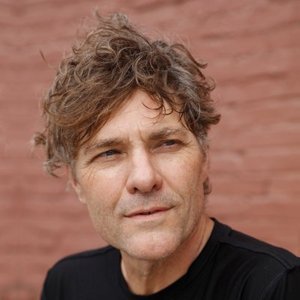 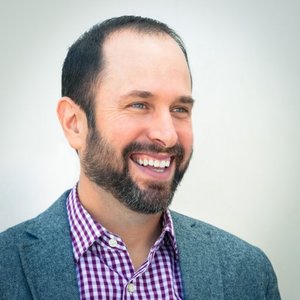 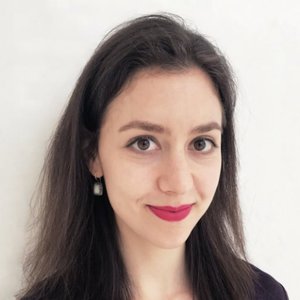 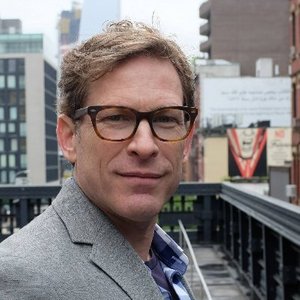 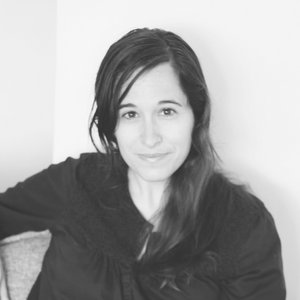 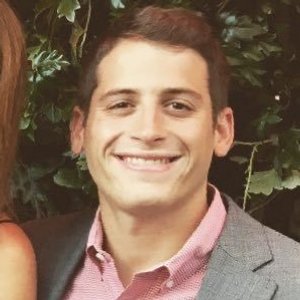 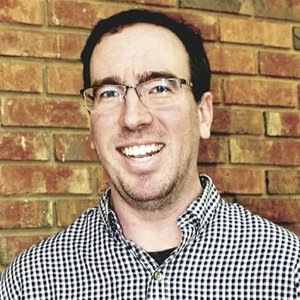 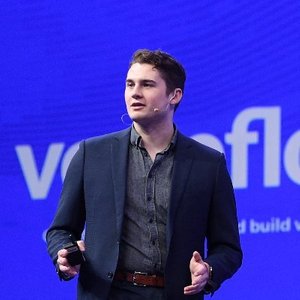 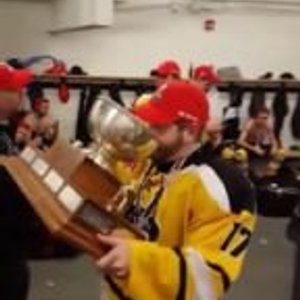 Too Nice For Law, Produced by The Voice of Law Podcast

I want to know about the mindset of a Champion. This week I interviewed the one and only Audrey Arbeeny.

In this episode, Teri welcomes Audrey Arbeeny, the Founder/CEO and Emmy Award-Winning Executive Producer/Creative Director for Audiobrain, a globally recognized sonic branding boutique dedicated to the intentional development of music and sound.Welcome, Audrey!Audrey is the brain behind sonic branding and is highly skilled in many areas of sonic branding development and implementation. She oversees Audiobrain’s projects from start to finish, coordinating logistics, strategy, experience design, resources, and talent. In addition, Audrey oversees Audiobrain’s ongoing research in areas of psychoacoustics and biomusicology.Audiobrain has consistently stayed leaders in this field through innovation, research, education, advanced technological skills, and forward-thinking initiatives for some of the world’s largest brands.She comes on to the show to talk about the importance of sonic branding and how her and her team at Audiobrain have completely recreated the sound of the Alexa in Canada brand. She will also introduce the new sonic branding for Alexa in Canada.BackgroundAudrey has had Audiobrain for 17 years and has been doing sonic branding for 25 years.She defines sonic branding as the strategic and creative process that surrounds the development of a unified, authentic, and consistent sonic experience for a brand.Audiobrain has done sonic branding for Xbox 360, the Holland America Cruise line onboard experience, IBM, and many more individuals and corporate entities.They have also been music supervisors for nine Olympic broadcasts with NBCAudiobrain won The Communicator Award for Best Corporate for Virgin Mobile USA and two Emmy Awards for their work on the Beijing Olympics and London Olympics respectively.Sonic Branding and its ImportanceA lot of people create audio as a one-off sound logo, and what Audiobrain does is the exact opposite, because they first do their research, discovery, strategy, and then try to find out what is unique about a client so they can figure out that client’s unique audio DNA.When she’s teaching sonic branding, she asks people to first come up with a sound that represents how they feel they should sound like.Most of them never bring in one piece of music because they never wanna leave out some part of a sound/music that makes them special.Sonic branding is customized by blending together those unique sounds. Every sound points to something that is the core and essence of a brand or person.Creating the Alexa in Canada Sonic BrandingAudrey and her team started out with discovery. They sent Teri some questions and Teri sent them some material and links.They then looked at the places that Teri is present so that they could start to gather all of their research. After that, they looked into his personality traits and strongest characteristics.They did an assessment and asked Teri where the brand was going, and then combined everything they had to create a sonic brand filter that was unique to Teri. It’s after that that the composers started to work on the sonic branding.Audrey’s entire team was involved in every process, as they are with every project they work on.They did a competitive analysis to look at other people that were doing podcasts or flash briefings, and found that nobody had strong sonic branding. They wanted to create a complete experience for Alexa in Canada.They created the podcast intro, pre-podcast intro, outro, and several other different interstitials.They also created the new Voice in Canada flash briefing intro and outro, as well as several other important sounds for Teri.The whole process was seamless and wonderful for Teri.List of resources mentioned in this episodeThe Comprehensive Flash Briefing Formula CourseAudiobrain WebsiteAudiobrain on InstagramAudioBrain on TwitterAudiobrain Email - info@AudioBrain.comOther useful resources:Voice in Canada: The Flash BriefingComplete List of Alexa CommandsAlexa-Enabled and Controlled Devices in CanadaTeri Fisher on TwitterAlexa in Canada on TwitterAlexa in Canada Facebook PageAlexa in Canada Community Group on FacebookAlexa in Canada on InstagramPlease leave a review on iTunesShopping on Amazon.ca See acast.com/privacy for privacy and opt-out information.

057 - Sonic Branding: The Sound of Your Brand - Audrey Arbeeny

Guest: Audrey Arbeeny, Founder, CEO and Executive Producer of Audiobrain, a globally recognized leader in sonic branding.Topics:What is sonic branding? Why does it matter?Sonic branding definition: the art and the science that surrounds the strategic development and deployment of a consistent authentic sound experience of a brand.Sonic identity is the strategic and creative alignment of this experienceWhere is a brand heard? Everywhere from podcasts, commercials, videos, to IVR, call centers, jingles, transactions, mobile apps, kitchen appliances, cars and moreSonic branding is critical right now because customer experience is paramount. People want to feel emotionally connected to their brands. And they have so many places where they can now hear the brand... when that starts sound disconnected, you are creating a poor experience of the brand.Consistent sonic branding elevates the brand, including its visualsAudiobrain case study a heart health device: Counterpace (a state of the art sensor that syncs your heartbeat and footsteps)McDonald's self serve kiosk sounds - an Audiobrain clientEmily's story - the in-depth process through which Audiobrain created her custom sonic branding for the podcast, Flash Briefing, and Emily's keynotes and speaking events (executive walk-on, room warming etc.)1-click subscribe free to this podcast anywhereConnect with Audrey Arbeeny:audiobrain.comInstagram: @audiobrain_nyTwitter: @audiobrain_ny See acast.com/privacy for privacy and opt-out information.

Sonic Branding in Health with Audrey Arbeeny of Audiobrain

In this episode, Teri welcomes Audrey Arbeeny, the Founder/CEO and Emmy Award-Winning Executive Producer/Creative Director for Audiobrain, a globally recognized sonic branding boutique dedicated to the intentional development of music and soundAudrey is the brain behind sonic branding and is highly skilled in many areas of sonic branding development and implementation. She oversees Audiobrain’s projects from start to finish, coordinating logistics, strategy, experience design, resources, and talent. In addition, Audrey oversees Audiobrain’s ongoing research in areas of psychoacoustics and biomusicology.Audiobrain has consistently stayed leaders in this field through innovation, research, education, advanced technological skills, and forward-thinking initiatives for some of the world’s largest brands.Key points from Audrey!Her depth and breadth of experience in sound and audio branding.How the element of sonic branding can have profound impact on people’s health.Getting into Sonic BrandingTheir goal/mission at Audiobrain is to promote and advocate the intentional use of music, sound, and voice to promote health, wellness and well-being. That can be in healthcare or in a device to make experiences better, to not create noise, to be respectful of the end user, and to just make everything sound better.Audiobrain enabled Audrey to realize her dream of combining her lifelong love of music and science with proven business skills.Music has long been an important part of Audrey’s life. She began formal piano training at the age of four. She is also an accomplished flutist and studied voice at Carnegie Hall, under the late Silas Engum, for many years.She also has extensive recording, editing, licensing, interactive, and sonic branding experience.Brands and ProjectsThey have done a lot of unified communications projects with IBM.She worked on the IBM ThinkPad sound.They worked with Microsoft on the XBox 360.They work with Holland America Cruise Lines. They just finished expanding the experience on 5 ships in 4 days in Alaska.She was the music supervisor for the past 7 Olympic Broadcasts for NBC.She has been the creative director/head of production for the strategic development of brands’ sounds including Virgin Mobile USA, Glaxo Smith Kline, Google, Logitech, Major League Soccer, KIA Motors Corp, The New York Giants, McDonald’s, Merck, and HBO to name a few.Healthcare ApplicationsAudrey refers to a story about female identical twins that were in an accident and how they used music to communicate.Audrey has used music on one of her family members who was on a ventilator. Audrey would do music therapy with her because she knew who she really loved, and she loaded an iPod so they could just play music. When the relative came off the ventilator, she said she was tired of Josh Groban songs, because it was all she heard the whole time she was on the ventilator.Veterans have testified that music makes them feel better.Music can reach people where other things cannot.There are many new devices. They just completed a major surgical robot because there are times where the surgeon’s eyes are on a computer and if something is happening behind them, and they need certain alerts, Audiobrain has provided them with the necessary auditory signals.Audrey’s elderly father has an apnoea machine from Phillips that reports back directly to his physician. He’s got a monitor for his pace maker and other positively impactful devices.The Thought Process Behind Creating Sonic BrandingThey create full holistic sonic branding.Someone may approach them with a heart health monitor running device. Audiobrain will first of all look at their brand, their aspirations, their touch points, the critical places where they use sound, etc.They then create a soundscape around that.There are a series of tools that they create to avoid overwhelming their clients and zero in on what resonates with them. They then start to educate, pull things together, handcraft the various core characteristics and start to evolve the sound.They just did Logitech's JayBird which has product personification and overarching branding. They recorded one of the voices within the product for their call center. Links and Resources in this EpisodeThe Comprehensive Flash Briefing Formula CourseAudiobrain WebsiteAudiobrain on InstagramAudioBrain on TwitterAudiobrain Email - info@AudioBrain.com See acast.com/privacy for privacy and opt-out information.

Audrey Arbeeny is an Emmy Award Winning Executive Producer and Creative Director that is also the founder of Audiobrain, a leading sonic branding agency. Sonic branding is brand strategy and production based on sound. In Audiobrain’s model, sonic branding includes strategy, original composition, sound design, audio identities, music supervision and licensing, research and usability, voice casting, education, UI design and more. Audrey founded the company 16 years ago after many years as a senior producer at Elias Arts where she started the sound branding division. Since 2008, she has been a visiting professor at the Pratt Institute and teaches the only sonic branding course in the nation. Audrey has also been the music supervisor for past 9 Olympic Broadcasts by NBC.

Recorded live at "What Design Sounds Like," Debbie talks to Audrey Arbeeny about audio branding.