Whiskey educator Tracie Franklin is on a mission to change the face of whiskey by adding her voice and showing how inclusive the whiskey industry can be. Her enthusiasm is contagious as she recalls her time in theater to her ambassadorship for Glenfiddich to becoming the first head distiller apprentice chosen for the Nearest and Jack Advancement Initiative. Tracie discusses the barriers to entry into the whiskey world and how we can move towards taking exclusivity out of the industry. Actor, soon-to-be head distiller, teacher, advocate and so much more, we’re so thrilled to share this conversation with Tra

We talk to Tracie Franklin, Head Distiller Apprentice at the Nearest and Jack Advancement Initiative. She tells her story of moving from Broadway to whisky ambassador to the leadership acceleration program run by Jack Daniels and Uncle Nearest whiskey to increase diversity in the whiskey business.Tracie talks about diversity in the industry, her reluctant acceptance of being a role model and tells us the inspiring story of Nearest Green, a freed slave who taught Jack Daniels.We share a virtual Uncle Nearest 1820, talk about the modern dual role of a head distiller as brand ambassador and what she misses about showbusiness.And she tells us why she would want to drink a Glenfiddich 50 with her father. 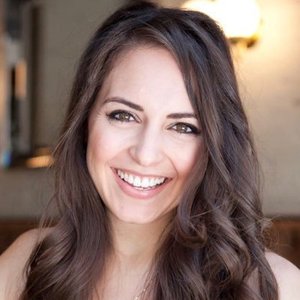 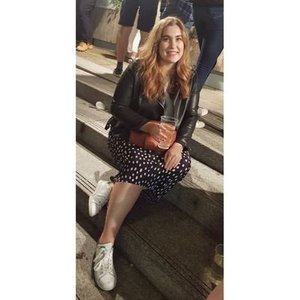 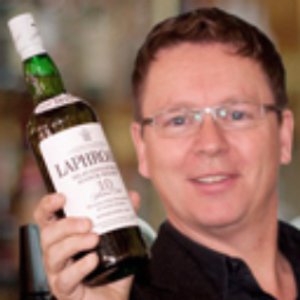 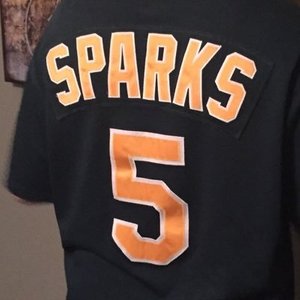 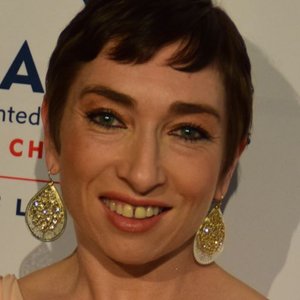 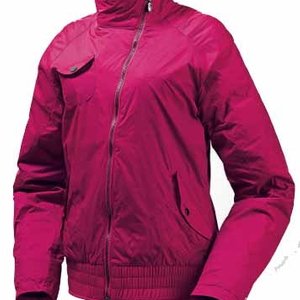 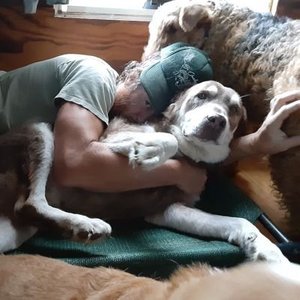 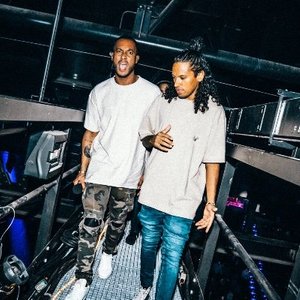 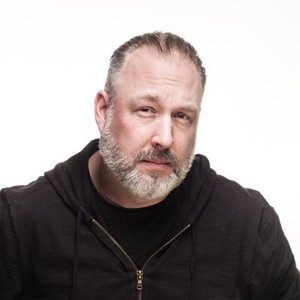 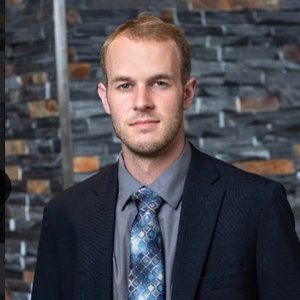 This week's guest on Spirits of Whisk(e)y is Tracie Franklin. The former US National Ambassador for Glenfiddich single malt Scotch whisky is many things—professional thespian, master bartender, spirits expert, whiskey evangelist—but today she joins us in her newest capacity. Listen and learn how Tracie went from singing Winnie the Pooh in dozens of languages on stages all over the world to being named the very first Head Distiller Apprentice supported by the Nearest &amp; Jack Advancement Initiative, a partnership between Uncle Nearest Premium Whiskey and the Jack Daniel Distillery designed to promote diversity and further advance African-American leadership in the American whiskey industry. Plus hear how Chef Louise Leonard incorporates Tracie's very own Jamaican jerk cocktail tincture into her cooking. Please visit spiritsofwhiskey.com for show notes, past episodes, and coming attractions!--- Send in a voice message: https://anchor.fm/spirits-of-whiskey/messageSupport this podcast: https://anchor.fm/spirits-of-whiskey/support

S2E11 - Tracie Franklin - Uncle Nearest Premium Whiskey, Jack Daniels, and how her love for theater and scotch brought her to participate in the Nearest & Jack Advancement Initiative - 09242020

We’ve talked about representation and the changing landscape of the whisky community several times over the last few years on Hear in Spirit, but today we dive just a little bit deeper.  Though, to say that’s what this episode is about, or that that’s all my guest on this episode is about would be a gross misrepresentation. Tracie Franklin has been an invaluable and well-recognized member of the whisky community for years, but more than that, she’s been a pioneer and a voice for change and diversity.  It’s hard for someone who like me, someone who looks like me, who grew up with the privileges I did, to really speak about Tracie with nuanced intelligence or sensitivity because I haven’t experienced the world as she has.  But I’m doing the best I can.  And one thing I will say without hesitation, Tracie Franklin, my guest on Hear in Spirit today is a remarkable human being, possessing not only an savant like appreciation of the spirit and industry, but to reuse the word in another context, possessing a spirit infectious in not only the way it challenges you to think, but in the way it challenges you to smile.  Closing music provided by iRa evRyWhr.  This is her new single "Go Slower" featuring Kyle Bent.  Download on Apple, Spotify or wherever you get your music. Learn more about Uncle Nearest Premium Whiskey and the Nearest &amp; Jack Advancement Initiative.

Solving (some) of the World’s Problems in Fabulous shoes with Spirited Tracie Franklin and Jessica WintherJack Daniels Select and Uncle Nearest.

Our guest this week is the co-founder of Tipping for Equity and New Head Distiller Apprentice with the Nearest and Jack Advancement Initiative or NJAI, Tracie Franklin. You can find her on Instagram @spirited_Tracie or connect with her through Linkedin. Headlines: The original craft whisky Hudson Baby Bourbon’s First-line extension ever.Constellation Brands acquires Kentucky-based craft spirits producer copper &amp; kingsThe world-famous Dante is now selling canned cocktails nationwide. NYC restaurants are now allowed to add a 10% COVID surcharge to your billUK retailer Majestic has launched its own diversity in Wine Scholarship For more information on The Industry Distilled, please head to industrydistilled.com or catch us live on Facebook every Thursday at 7:30 pm EST. Have a story idea? Reach out to elayne@duffontherocks.com or find her on Instagram @duffontherocks. To find Jason check out @jasonlittrell on twitter or Instagram, or search for Jason Littrell on Facebook, Linked In, YouTube, or wherever you get your internet. Post-production and editing by Dani Mesina

With everyone spending more time at home these days, we know many of you have been perfecting your cocktail (or just plain boozing) skills. So today we have an extra special spirituous episode featuring two ladies of whiskey - Naomi Leslie, East Coast Brand Ambassador for Balvenie, and Tracie Franklin, Brand Ambassador for Glenfiddich. Naomi LeslieAfter years of honing her skills in the bartending and craft cocktail industry in New York, Naomi Leslie joined The Balvenie as the east coast US brand ambassador in 2018.Born in Massachusetts, Naomi earned a Bachelor of Arts degree from Muhlenberg College in Pennsylvania, then moved to New York to begin her journey in the spirits industry. Her career began at the highly revered cocktail bar Dear Irving, where she rose through the ranks and worked with the management team to open a new bar, The Bennett. During her time at Dear Irving and The Bennett, Naomi also trained at Bobby Flay’s Bar Americain where she explored food and Scotch-specific pairings, piquing her initial interest in single malts. Following, Naomi’s most recent role was at critically acclaimed bar BlackTail in lower Manhattan, where she led staff trainings pertaining to bartending technique and product and category knowledge, while taking courses on her own that focused on branding, social media and distillation. She took an active role in helping to develop the highly regarded, award-winning cocktail menu throughout her time at BlackTail. Naomi has taken part in a variety of cocktail training curricula across the country, including Tales of the Cocktail’s Cocktail Apprentice Program and Cocktails in the Country with Gaz Regan. Additionally, she has led tastings, workshops, seminars and dinners across the Eastern US, highlighting topics ranging from rare prestige variants, to new releases, to encouraging diversity and advocacy for women in the cocktail and whisky worlds. Her inventive cocktail creations have been featured in Forbes and Liquor.com, among others.In her free time, Naomi is an avid traveler and a photographer, specializing in beverage, food and travel.Tracie FranklinTracie Franklin’s path to the role of brand ambassador for Glenfiddich has been anything but linear. Growing up in a military family, she learned to love travel and admire the cuisines and cultures that came along with it. She was introduced to the dazzling world of theatre by her military father and followed her heart to the stage where her presence and melodic voice landed her leading roles. She has performed in productions from Thailand to London and New York City. While traveling, her adventurous spirit drove her to seek out unique food and beverages from around the world. This passionate pursuit was a powerful asset once she took the next turn on her path into the world of hospitality. Tracie has held nearly every front of the house position in the restaurant business, but she was able to shine as a bartender is some of New York’s cocktails bars. It wasn’t until she tasted her first Single Malt Scotch Whisky that she realized the next phase in her life was down the whisky rabbit hole. That taste of malt, saline, and fruity sweetness sent her to classes and trainings with the best teachers in the whisky community. After years of studying, internships and whisky work she founded Whersky, an organization bringing together whisky drinkers of all backgrounds to build a more diverse, inclusive whisky culture. Most recently, Tracie was awarded “Scotch Ambassador of the Year 2020” by Whisky Magazine.Tracie currently resides in Washington D.C. and is serving as the Glenfiddich Ambassador for the East Coast.

Glenfiddich (pronounced Glen-fiddick) is a perfect partner for your Friday night. I'm joined by Glenfiddich brand ambassador Tracie Franklin, who gives us a little home schooling about scotch and all the ways you can drink Glenfiddich. Car Con Carne is sponsored by C&amp;H Financial Services.