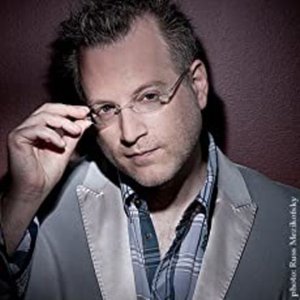 1899 FBF: Ben Mezrich - Dangerous Putin - Is Russia Living in a State of Crony Capitalism and Do Rich Russians Invest in the U.S.

Today's Flashback Friday is from episode 547, published last July 27 2015. Vladimir Putin’s rise to the top is a Shakespearean drama. Putin the President was created by a group of wealthy businessmen to replace Boris Yeltsin. While believing they found a man who aligned with their own desires to keep the money at the top, Putin had different ideas. He successfully brought down elite families who disagreed with his politics. Russians embraced the leader and made him one of most popular Russian presidents of all time. Ben Mezrich shares his journey of writing his latest book, soon to be movie, Once Upon a Time in Russia. Key Takeaways: Jason’s Editorial: 1:37 JHU live - Jason Hartman University Live 2:57 In beautiful Mission Valley San Diego on August 29th 4:31 In depth training on building your own portfolio 6:14 You’ll get an official property acquisition checklist 7:13 Learn property portfolio planning 8:20 Early bird pricing until August 1st 10:31 Leave a review on iTunes and you get 30% discount on JHU 11:24 Inflation induced debt destruction Ben Mezrich Interview: 15:17 Many stories just kind of came to me 16:11 Misconceptions about Putin 16:40 Oligarchs miscalculated and created Putin by mistake 18:43 The Godfather of the Kremlin 19:21 Putin was an assistant KGB agent with average pay 21:23 The Russians love Putin and possibly some Ukrainians too 24:32 This story is a very Shakespearean drama 25:58 Warner Studio is making the movie 26:36 Putin may be around for a long time 28:18 Russia is in the midst of crony capitalism 29:38 Will Russia have a middle class in the future? 32:26 Yeltsin basically made the Oligarchs to fend off Communism 34:03 Was entering Ukraine an effort to recruit young people for Russia? 35:10 When oil prices go down the Russian economy suffers Mentions: JasonHartman.com reviews@investwithjason.com Bringing Down the House The Accidental Billionaires Once Upon A Time in Russia @benmezrich Follow Jason on TWITTER, INSTAGRAM &amp; LINKEDIN Twitter.com/JasonHartmanROI Instagram.com/jasonhartman1/ Linkedin.com/in/jasonhartmaninvestor/ Call our Investment Counselors at: 1-800-HARTMAN (US) or visit: https://www.jasonhartman.com/ Free Class:  Easily get up to $250,000 in funding for real estate, business or anything else: http://JasonHartman.com/Fund CYA Protect Your Assets, Save Taxes &amp; Estate Planning: http://JasonHartman.com/Protect Get wholesale real estate deals for investment or build a great business – Free Course: https://www.jasonhartman.com/deals Special Offer from Ron LeGrand: https://JasonHartman.com/Ron Free Mini-Book on Pandemic Investing: https://www.PandemicInvesting.com

Enjoy this conversation with non-fiction thriller author Ben Mezrich, author of The Accidental Billionaires and Bringing Down the House about his new historical fiction novel The Midnight Ride, which started out as a wildly ambitious project taken up in the early days of the pandemic. We spoke with Ben as part of the Toronto International Festival of Authors' Mystery &amp; Crime Festival: MOTIVE. Hear more from Kobo in Conversation. 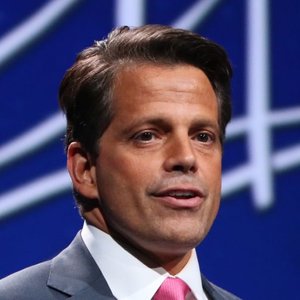 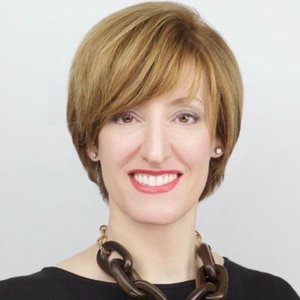 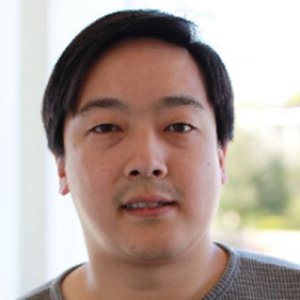 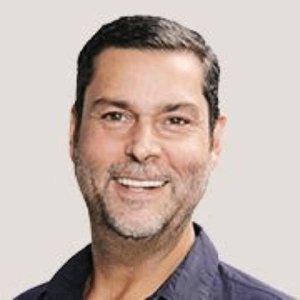 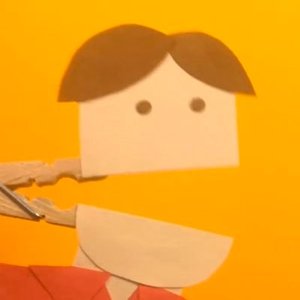 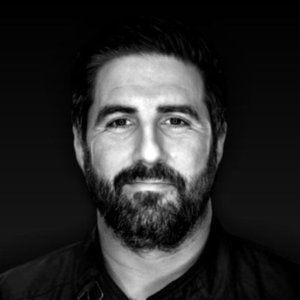 Show Me The Crypto

In the early 2000s, bestselling author Ben Mezrich wrote "Bringing Down the House," which was turned into the movie "21." Seven years later he wrote "The Accidental Billionaires," which was brought to the big screen as "The Social Network." The Accidental Billionaires introduced the world to the Winklevoss Twins, who became the protagonists of Ben's 21st book: Bitcoin Billionaires. The book also launched Ben head first into the crypto and NFT space.--Our "OG Fan" NFT is here! There will only ever be one of this version... and you can be the owner! https://opensea.io/collection/show-me-the-crypto/ Or... consider supporting our show with some ETH! showmethecrypto.eth--  Follow Ben on Twitter: @benmezrich Check out Ben's NFT Project: https://www.benmezrichnft.com/--  Follow us on the socials:   Twitter: @showcrypto TikTok: @showmethecrypto Instagram: @showmethecryptopodcast  --  * While we may hold coins/NFTs of some of the projects we talk about, we will never accept payment to feature any guest or highlight any cryptocurrency.

Ben Mezrich has sold over 10 million copies of his books. And, by the way, that’s not even the impressive part. The impressive part is that he sells EVERY SINGLE ONE OF HIS BOOKS as a movie or TV show; in fact, if Hollywood isn’t interested in the treatment, he doesn’t even write the book. Mezrich has gotten into this position because of a chance encounter with some MIT students, which led to his writing Bringing Down the House: The Inside Story of Six M.I.T. Students Who Took Vegas for Millions, which led to Kevin Spacey snapping up the film rights before the book was even out, which led to the book spending over 60 weeks on the New York Times bestseller list. Then there was his book, The Accidental Billionaires, which David Fincher and Aaron Sorkin jumped on as Mezrich was writing the book and which, of course turned into the multi award-nominated movie The Social Network. (Mezrich is the only non-fiction author to have two adaptations open at #1 at the box office.) He’s written numerous other books, including Bitcoin Billionaires and The Antisocial Network and is also a consulting producer on Billions. Oh, and his most recent book, The Midnight Ride, has an NFT component that already has over 3500 owners. So how does this happen? How does a former struggling novelist become Hollywood’s go to guy pursued by designers who want to dress him for his book tours? And what is the secret to finding the sort of story that makes Hollywood salivate? It’s all in this episode. IF YOU'RE AN AUTHOR, YOU NEED AN ELEVATOR PITCH! GET YOUR ELEVATOR PITCH TEMPLATE AT WWW.BOOKELEVATORPITCH.COM

Ben Mezrich: How the Author of The Social Network is Approaching the NFT Space

We sat down with Ben Mezrich, the best-selling author that wrote the books that eventually became The Social Network, and 21. We talked about how he's approaching the NFT space, and what he has planned, including a screenplay for the story of the NFT space over the past couple of years. Ben Mezrich Twitter Buy our NFT Sign up for FTX Join our discord Check out our Twitter -- DISCLAIMER: You should never treat any opinion expressed by the hosts of this content as a recommendation to make a particular investment, or to follow a particular strategy. The thoughts and commentary on this show are an expression of the hosts’ opinions and are for entertainment and informational purposes only. This show is never financial advice.

Ben is a New York Times best-selling author of "Bitcoin Billionaires" and "The Antisocial Network". Two of his other well-known books are "Bringing Down the House", the story of a group of MIT card counters commonly known as the MIT Blackjack Team, and "Accidental Billionaires", the story of the beginning of Facebook which was adapted into the movie "The Social Network".His newest book coming out on February 22nd is "The Midnight Ride". You can pre-order the book today. Check it out here: https://www.grandcentralpublishing.com/titles/ben-mezrich/the-midnight-ride/9781538754634/ Follow us on Instagram https://www.instagram.com/therealsevanpodcast/Watch this episode https://www.youtube.com/channel/UC59b5GwfJN9HY7uhhCW-ACw/videos?view=2&amp;live_view=503Support the showPartners:https://cahormones.com/ - CODE "SEVAN" FOR FREE CONSULTATIONhttps://www.paperstcoffee.com/ - THE COFFEE I DRINK!https://asrx.com/collections/the-real... - OUR TSHIRTS...

Ben Mezrich - The Nifty Show #132 Full Show Notes: Nifty.Show/132 SUBSCRIBE, RATE, &amp; REVIEW: iTunes: http://badco.in/itunesSpotify: http://badco.in/spotifyStitcher: http://badco.in/stitcherGoogle Play: http://badco.in/playSoundcloud: http://badco.in/soundcloudYouTube: http://badco.in/youtube FOLLOW US ON SOCIAL MEDIA: Twitter: @BadCrypto - @joelcomm - @teedubyaFacebook:  /BadCrypto - /JoelComm - /teedubyawLinkedIn: /in/joelcomm - /in/teedubyaInstagram: @BadCryptoPodcast DISCLAIMER: Do your own due diligence and research.  Neither Joel Comm nor Travis Wright are FINANCIAL ADVISORS. We are sharing our journey with you as we learn more about this crazy little thing called cryptocurrency.  We make NO RECOMMENDATIONS.  Don't take anything we say as gospel. Do not come to our homes with pitchforks because you lost money by listening to us. We only share with you what we are learning and what we are investing it. We will never "pump or dump" any cryptocurrencies. Take what we say with a grain of salt.  You must research this stuff on your own! Just know that we will always strive for RADICAL TRANSPARENCY with any show associations.See omnystudio.com/listener for privacy information.