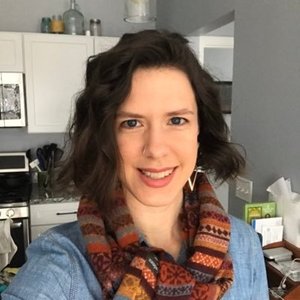 Ariel Ryan Shares Experience of Being African American Growing Up in Brentwood, Calls for Social Changes

On this episode, I chat with Ariel Ryan who spoke at the Brentwood City Council meeting sharing her experience of being an African American female growing up in Brentwood. We recap her public comments (17:34 min mark of council meeting), to should Juneteenth be a national holiday, to what systems need to change in the United States, and locally what needs to change to be a more inclusive society. Episode Recap: 01:12 – Bio about Ariel and she gets into why she spoke about her rough childhood in the City of Brentwood dealing with racism. 03:12 – Recap of what was said at the Brentwood City Council Meeting. She talks about being called the “N” word for the first time. 2nd grade, someone cut her hair at school. Being an African American in Brentwood schools—she talks about importance of hair in her culture. She gets into middle school and how it got rougher. 06:50 – She gets into attempted suicide from being bullied and isolated. She wanted to blend in and not be Black. 09:30 – in High School, she gets into speaking out against bullying she was threatened with her senior activities being taken away.  11:10 – if this is going on in a community like Brentwood, what is really going on that doesn’t get out? How do we start having this conversation so it stops.  She gets into the testimony she has been collecting and what is being said amongst race related conversations. Ariel suggests we are whitewashing history and providing a false narrative of American history. 13:50 – We get into Juneteenth Celebration 15:14 – I get into why I was frustrated with the protests in the beginning. 17:16 – how do we overcome racial bias in society. 18:13 – We go back into mental health and what helped Ariel. 21:35 – Ariel’s goal going forward 24:50 – How does bullying and racial relations overlap. Why is one the message while the other ignored? 26:27 – Brentwood City Council has been silent on the issue, what does that tell you? 29:22 – Ariel highlights how systems in the United States needs to change. 32:00 – If we are talking defund the police force because police are bad, how do we get the police force to look like the community they represent.  We also get into Richmond City Councilmember Jael Myrick youtube video on Defund the Police. 35:41 – How do people get in touch with Ariel to work on a plan to create action items. She is focused on the Brentwood Union School District, Liberty Union High School District.  She gets into history/social studies, the need to get more social on things. 38:34 – Ariel talks about her brothers experience right now going through the school system. She highlights when she graduated high school, she was broken. She doesn’t want another generation of kids being broken at graduation. 41:35 – Ariel is hoping the people of East Contra Costa can unify and come together for the youth, human beings to protest and come together for change. After the protest, where do we go from there? She again highlights the need for change at the Brentwood Union School District, Liberty Union High School District. 44:30 – I share my frustration with Brentwood elected officials. 46:45 – We get into how youth today, through this conversation, will realize they are not alone, there are many experiencing the same things.  Ariel highlights racism is so covert, people do not know they are doing it. 50:30 – We get into need to change culture for the better and reform has to be everywhere from the police, education, news and more. We need to focus on the context. 55:00 – Politicians will not make the easy decisions because of pandering for votes (on both sides). Change can happen if they really want to. Ariel asks about what I learned in history.   1:00:00 – What is next step? Should be bottom up, not top down movement. How can people get in touch with Ariel.