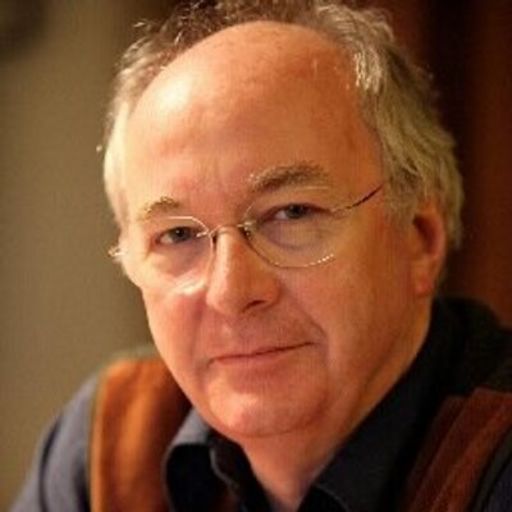 057 The Subtle Knife by Philip Pullman

Julia and Victoria are back with their friend David to discuss the second installment in the His Dark Materials series by Philip Pullman, The Subtle Knife. They can’t agree on whether or not it’s a good sequel and why, but they do have very strong feelings about the ending, so spoiler alert!

New episode, new book to read in winter! Nat is running out of ideas and remembers her childhood reading experience. Feat. Northern Lights (aka The Golden Compass) by Philip Pullman. Follow me on Instagram @bookwormylife and leave your comment!--- Send in a voice message: https://anchor.fm/reading-matter/message

Sir, this is my emotional support bear dad. especially since real dad turned out to be weird. Join us as we hate fictional parents in Philip Pullman's novel and first in the series: The Golden Compass (or The Northern Lights)!You decide!

Philip Pullman on why he doesn’t like reading fantasy, J.K Rowling and why he thinks the UK ‘will fall apart’ over Brexit

Sir Philip Pullman is an English novelist, best known for his fantasy trilogy 'His Dark Materials'.   His new book 'Serpentine' is set in the world of 'His Dark Materials' and explores a small crack he discovered in the series' character relationships.   He talks to Krishnan about why he doesn't like calling his books fantasy novels, his worries for the future of the UK and his thoughts on the J.K. Rowling debate.    Producer: Rachel Evans

Prize-winning author Francis Spufford discusses his book ‘Unapologetic: Why despite everything Christianity can still make surprising emotional sense’ with famed atheist writer Philip Pullman in this replay of their 2012 conversation. For Francis Spufford https://www.premier.org.uk/Unbelievablenewsletter Support the show and receive all the videos sessions from Unbelievable? USA 2019 https://resources.premier.org.uk/supportunbelievable/ For more faith debates and extra resources visit http://www.premierchristianradio.com/Shows/Saturday/Unbelievable Social media: Facebook Twitter and Instagram

Today is the 25th anniversary of the publication of Northern Lights, the first novel in the His Dark Materials trilogy that introduced Lyra and her daemon Pantalaimon to the world. It’s been announced that a previously unseen short story by Philip Pullman about a teenage Lyra, Serpentine, will be published in October. He joins Front Row live to talk about its place in the series and what the novels and last year’s TV dramatisation have meant to so many.Mrs America stars Cate Blanchett as conservative political activist Phyllis Schlafly who in 1970s opposed the implementation of the Equal Rights Amendment and the Women’s Liberation movement that supported it. American novelist Meg Rosoff and journalist Elle Osili-Wood consider how the drama portrays real historical events and how relevant the battles depicted in the TV series seem to young women today.Simon Schama talks about his new BBC Radio 4 lockdown series The Great Gallery Tour. He was inspired to make the series because he is badly missing the joy of museums and galleries and he will be exploring some of his favourite treasure-houses of great art around the world: the Prado, the Rijksmuseum and the Whitney. He begins with the Courtauld Gallery in London.Presenter: Samira AhmedProducer: Hilary DunnStudio manager: Nigel DixImage: Philip PullmanImage credit: Roberto Ricciutti/Getty Images

Sit back, relax and enjoy the final chapter in this amazing adventure by Philip Pullman. Will Lalchand be saved? Will Lila manage to put on the winning firework display? Find out now...

Philip Pullman had been writing books for years before he became a global sensation with the His Dark Materials trilogy. The story of two children crossing into parallel worlds in a quest to understand the nature of reality and humanity, the novels draw on fantasy as well as theology, physics and neuroscience, and are strongly influenced by the work of William Blake and John Milton. He is following up the trilogy with three more books, the second of which, The Secret Commonwealth, was published in 2019. New Scientist’s Rowan Hooper met with Pullman at his home in Oxford.