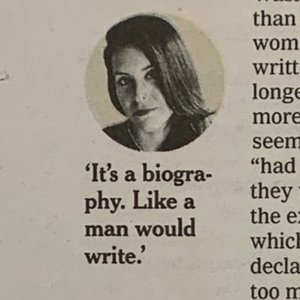 A young woman outlaw in 1894 and a new look at the life of George Washington: what could these two stories have in common? Perhaps more than you’d think. Both introduce a new look at an often romanticized area of American history, seen through a feminist lens. Authors Anna North and Alexis Coe joined us in conversation about rewriting history in genres that are often dominated by men. With North’s novel Outlawed and Coe’s nonfiction You Never Forget Your First: A Biography of George Washington, they considered what their unique perspectives can bring to the analysis and storytelling of these recognizable tales. North discussed her intention to dust off the myth of the old West, and to reignite the glimmering promise of the frontier with an entirely new set of feminist stakes. Coe shared about her form-shattering and myth-crushing biography of America’s first president, including her issues with past male biographers. Join them for a look at subversion of the Western and biographical genres that asks: what other kinds of stories would be transformed by being told from a new point of view? Anna North is a graduate of the Iowa Writers’ Workshop and the author of two previous novels, America Pacifica and The Life and Death of Sophie Stark, which received a Lambda Literary Award in 2016. She has been a writer and editor at Jezebel, BuzzFeed, Salon, and the New York Times, and she is now a senior reporter at Vox. Alexis Coe is the award-winning author of Alice + Freda Forever: A Murder in Memphis (soon to be a major motion picture). Coe has frequently appeared on CNN and the History Channel, and has contributed to The New York Times, The New Yorker, and many other publications. She is a host of Audible’s Presidents Are People Too! and No Man’s Land. Buy the Books Alexis Coe: You Never Forget Your First: A Biography of George Washington Anna North: Outlawed Presented by Town Hall Seattle. To make a donation or become a member click here. 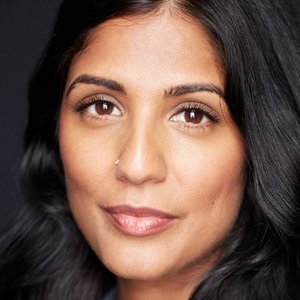 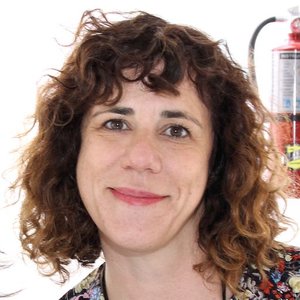 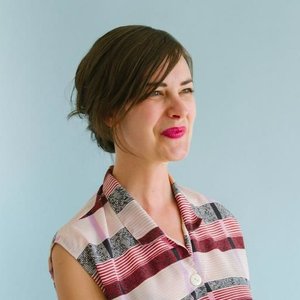 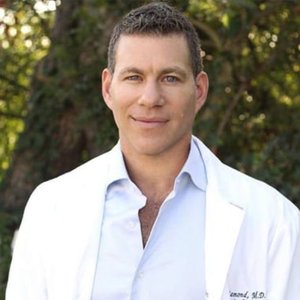 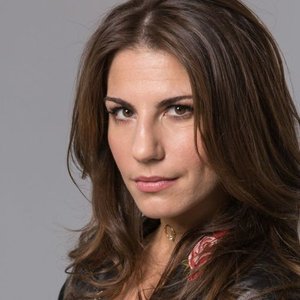 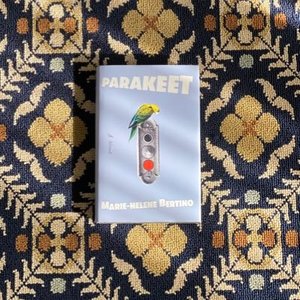 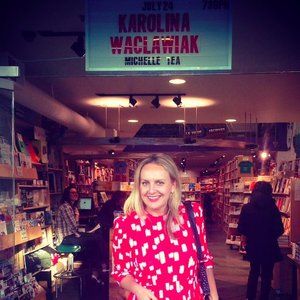 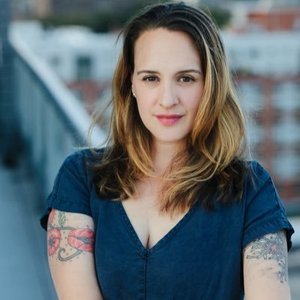 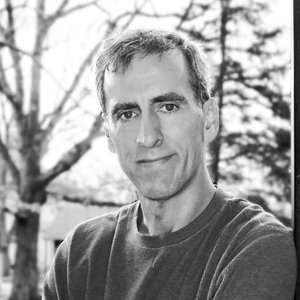 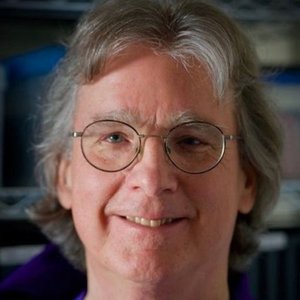 On this episode, we talk with NYT bestselling author Alexis Coe about her biography of George Washington. As the first woman in eons to write a cradle-to-grave bio of America's foremost Founding Father, she explains why it is so important that the legend be reexamined. Sure, she does some myth-busting, but she also explains his humanity in fresh tones, giving us a new way to think about him. We talk about how he sowed his career, his time as a general and president, and also about slavery at Mount Vernon. How would Coe re-design the Washington Monument? Should we be proud of GW? Which other presidents need a book like this one? This is a fun and thought-provoking episode!She can be reached on Twitter @alexiscoeAxelbank Reports History and Today is on Twitter and Insta @axelbankhistory

MBS239 - You Never Forget Your First with Alexis Coe

In this episode, Matt chats to Alexis Coe an award-winning historian and New York Times Bestselling Author of YOU NEVER FORGET YOUR FIRST and ALICE+FREDA FOREVER (which will soon be a major motion picture). She appears in and was a Consulting Producer on the History Channel's WASHINGTON, Executive Produced by Doris Kearns Goodwin. Alexis is the host of NO MAN'S LAND, The Wing's podcast on women's history, and co-hosted PRESIDENTS ARE PEOPLE TOO! from Audible. Tune in as Matt and Alexis discuss American leadership, George Washington and revolution.Gifts from the Matt Brown Show - If you grab a copy of Alexis's book from the store https://www.booksaremagic.net/ she will then allow for anyone with a receipt to ask her a question which she will respond in a one minute video back to you. Send a copy of your receipt to mav@digitalkungfu.comDon't forget to grab your FREE copy of #1 Best Selling Book 'Your Inner Game' today - https://mattbrownshow.com/your-inner-game/

Alexis Coe "You Never Forget Your First: A Biography of George Washington"

“Don’t Be Fooled by the Bonnet.”   David and Torie talk about when life returns to normal (ish).  It’s complicated. From self imposed lockdown Lewis Black dishes on Torie and plugs his favorite Indies. Featured author Alexis Coe enlightens and upends conventional wisdom about George Washington with her book You Never Forget Your First. And David wraps up with praise for Calvert Woodley.

Alexis Coe is the author of Alice + Freda Forever: A Murder in Memphis (soon to be a major motion picture). Coe has frequently appeared on CNN and the History Channel, and has contributed to The New York Times, The New Yorker, and many other publications. Her latest book is a biography of George Washington called You Never Forget Your First.Recommended Reading:The Field of Blood by Joanne FreemanWell-Behaved Women Seldom Make History by Laurel UlrichGirl by Edna O’Brien Learn more about your ad choices. Visit megaphone.fm/adchoices

Presidential biographies are some of the more popular forms of historical literature. They provide valuable insight into our founders, giving us some sense of who our leaders were and giving historical context to understand the presidency today. But there are some limits to these works. One author is reexamining how we talk and write about presidential history in our modern time. Alexis Coe joins Julian Zelizer in this week’s episode to discuss her new book, “You Never Forget Your First: A Biography of George Washington.” Coe reimagines how we think about the first president, taking another look at the precedents he set and their implications on leadership today. Coe is a writer, historian, and the award-winning author of “Alice + Freda Forever: A Murder in Memphis.” She is also a consulting producer on Doris Kearns Goodwin’s three-part series on George Washington and the host of “No Man’s Land.” She appears frequently on CNN and the History Channel and has contributed to a number of publications such as The New Yorker, The New York Times, The New Republic, and The Paris Review.

144. Sizing Up the Thigh Men of Dad History with Alexis Coe

The modern biography as we know it dates to the eighteenth century when Scottish author and lawyer James Boswell published The Life of Samuel Johnson. Boswell produced an account of the rascally Englishman, a friend of his for more than twenty years, that became a kind of template that future biographers have followed. We've all read our fair share of biographies, especially presidential biographies, to know that they follow a similar structure. This is especially true of biographies of the American Revolutionary generation. So how can we shake up this genre? And perhaps more importantly, how can we shake up biographies of George Washington, a man who seems at times opaque and beyond reproach? On today’s episode, historian Alexis Coe helps us re-imagine what a biography can be so that we can better understand George Washington and the world around him. Coe is the author of the new book, You Never Forget Your First: A Biography of George Washington, and if the title is any hint of what’s between the covers, this isn’t your father’s standard Washington biography. About Our Guest: Alexis Taines Coe is an historian. She is the author of the narrative history book, Alice+Freda Forever, and is a consultant on the movie adaptation. Her second book, You Never Forget Your First: A Biography of George Washington, was published by Viking (Penguin Random House) on February 4, 2020. Alexis is a consulting producer on the Doris Kearns Goodwin's three part George Washington series (February 2020) on the History Channel. She is the host of "No Man's Land" from The Wing/Pineapple and co-hosted "Presidents Are People Too!" from Audible. Alexis curated the ACLU'S 100 exhibition and was the assistant curator of the NYPL's centennial exhibition in Bryant Park. She has appeared on CNN, the History Channel, C-SPAN, and CBS, and lectured at Columbia, West Point, Georgetown, Sarah Lawrence, NYU, the New School, the University of San Francisco, and many others. She has given talks sponsored by Hulu, Chanel, and Madewell. About Our Host: Jim Ambuske, Ph.D. leads the Center for Digital History at the Washington Library. A historian of the American Revolution, Scotland, and the British Atlantic World, Ambuske graduated from the University of Virginia in 2016. He is a former Farmer Postdoctoral Fellow in Digital Humanities at the University of Virginia Law Library. At UVA Law, Ambuske co-directed the 1828 Catalogue Project and the Scottish Court of Session Project.  He is currently at work on a book about emigration from Scotland in the era of the American Revolution as well as a chapter on Scottish loyalism during the American Revolution for a volume to be published by the University of Edinburgh Press. --- Send in a voice message: https://anchor.fm/mountvernon/message

Ep. #12 Alexis Coe on history, research and writing and the tale of Alice + Freda Forever

Tell Me What You’re Reading