California Senator and vice presidential nominee Kamala Harris reacts to Pres. Trump’s claim that he has done more for Black Americans than any president since Abraham Lincoln and doubles down on the Biden campaign's promise to not ban fracking.In Hot Topics, the co-hosts discuss White House chief of staff Mark Meadows’ conflicting COVID-19 messaging, and more.

Bonus Episode: Our Next VP (with Kamala Harris)

In this midweek special, Hillary sits down with U.S. Senator and Democratic vice presidential nominee Kamala Harris to talk about their families, their shared admiration for Justice Ruth Bader Ginsburg, and making history. And they laugh. A lot.Read a full transcript here. Learn more about your ad-choices at https://www.iheartpodcastnetwork.comSee omnystudio.com/listener for privacy information. 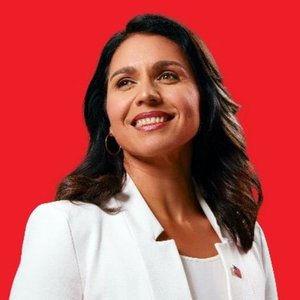 In this special edition of On 1, Angela Rye sits down with Senator Kamala Harris for an exclusive interview at the NAACP National Convention. Senator Harris discusses the life and legacy of Ruth Bader Ginsburg, her thoughts on the Breonna Taylor case, a Black Agenda, and why she really needs Black men voting and involved.

When David sat down with Senator Kamala Harris (D-CA) in March of 2017, the last thing she wanted to do was discuss whether she would be a candidate for higher office in 2020. Now, as Joe Biden’s running mate, she’s the first woman of color to be nominated for national office by a major political party. On the first day of the Democratic National Convention, we thought it was fitting to revisit our March 2017 conversation with Senator Harris, in which she and David discussed her personal story, criminal justice reform, adjusting to life in the Senate in the early months of the Trump administration, and more.  To learn more about how CNN protects listener privacy, visit cnn.com/privacy

Sen. Kamala Harris | With Less than 100 Days Until the Election, Trump and the GOP Are Desperate: A Closer Look

Kamala Harris on fight vs. compromise with the GOP if she’s VP

No Lie with Brian Tyler Cohen

Trump is insisting that schools re-open in the middle of the pandemic and Ruth Bader Ginsberg’s health has become serious cause for concern. Brian also interviews Kamala Harris about her new legislation that helps people suffering from the economic impacts of coronavirus, how she would deal with Bill Barr, and how hard she’d take on the GOP if selected as Biden’s Vice President.Written by Brian Tyler CohenProduced by Sam GraberMusic by WellsyRecorded in Los Angeles, CAhttps://www.briantylercohen.com/podcast/See Privacy Policy at https://art19.com/privacy and California Privacy Notice at https://art19.com/privacy#do-not-sell-my-info.

A conversation with Democratic U.S. Sen. Kamala Harris about the recent rise in anti-Asian hate, how government leaders should address racism in America, and growing up with Indian and Jamaican roots in Northern California.

It’s All Political: Kamala Harris "Would Be Honored" to Be VP

In this episode of the Chronicle’s It’s All Political podcast, California Sen. Kamala Harris reveals what she'd say if Joe Biden asked her to be his running mate. In an interview with Joe Garofoli and Tal Kopan, she says she's "very concerned" about being able to do oversight on the $2 trillion that Washington is spending on coronavirus pandemic relief —and what she's doing about it. | Subscribe to It’s All Political: podfollow.com/its-all-political Learn more about your ad choices. Visit megaphone.fm/adchoices

Seth takes a closer look at public officials urging Americans to continue observing social distancing rules while President Trump and Jared Kushner contradict those experts and spread misinformation.Then, he has a remote conversation with Senator Kamala Harris about how she and how the Senate is dealing with the coronavirus pandemic.See Privacy Policy at https://art19.com/privacy and California Privacy Notice at https://art19.com/privacy#do-not-sell-my-info.